It is a constant nuisance for consumers: filling quantities are inconspicuously shrinking and prices are rising. The Hamburg consumer center chooses the sham package of the year every year after an online vote. But not only the winner relies on a particularly cheeky tactic. 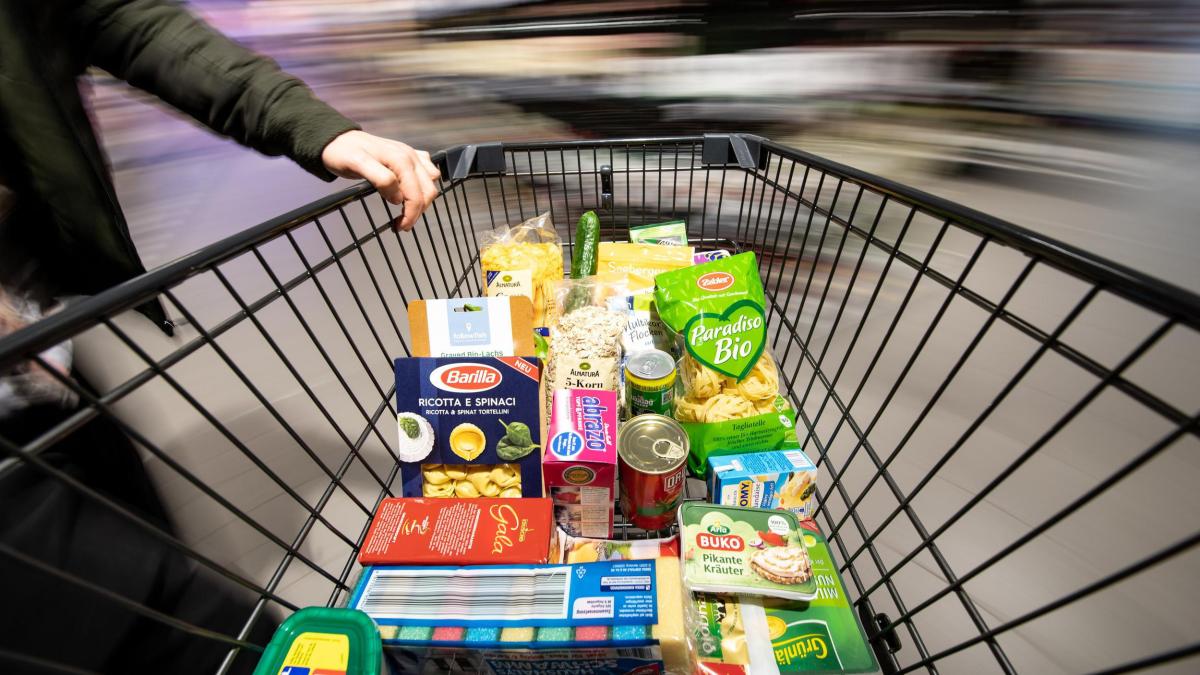 But a higher price for that?

Sounds unattractive, and of course no food and confectionery supplier would talk like that.

But time and again, quite a few act according to this pattern.

Consumers who do not pay close attention when shopping run the risk of doing bad business due to constant changes in pack sizes and filling quantities.

"Many customers are duped when shopping because the manufacturers often cleverly cover up the reduction in the fill quantity," says Armin Valet from the Hamburg consumer center.

Retailers often benefit from these tricks with price increases.

This creates a “win-win situation for retailers and manufacturers at the expense of consumers”, complains Valet.

Hidden surcharges, some in the high double-digit range

For years, the Hamburg consumer advocates have been holding against it with the humiliating award “Sham of the Year”.

For a good two weeks, consumers were able to choose what they thought was the greatest abuse on the store shelf from a list of five candidates.

The list was compiled by the consumer advice center on the basis of 3,000 complaints from consumers that it received last year alone, around 500 more than in the previous year.

Seitenbacher crossed the finish line as the sovereign winner for the sham packaging of 2021.

According to surveys by the Hamburg consumer center, the muesli brand allowed itself a price premium of up to 75 percent.

Instead of the previous one kilo, she only put 750 grams of “fruit muesli” in her packaging.

The trade took advantage of the introduction of the new variety as an opportunity to raise prices.

But above all the label was new.

"According to the list of ingredients, the recipe is practically identical to that of the previous cereal," says the consumer advice center, which has long criticized that mandatory information about the content can often only be found in the small print on the back of the packaging - and not only for the cereal.

Manufacturer Ferrero had "stolen two bars" from the package - without lowering prices - and thus carried out step two of a two-stage cheating tactic, as Valet criticizes.

Step one, five years ago, was to put two more bars in the pack and sweeten a corresponding price increase with the slogan “Permanently more content”.

In terms of quantity, manufacturer Ferrero has now returned to the previous size of eight bars, but not in terms of price.

The result of the whole operation: a huge price increase.

Changes to the "Bifi Mini Salami The Original" were also difficult to discover.

Since the beginning of 2020 it has been offered as a six pack instead of a five pack.

But the deal isn't as good as it seems.

At the same time, the manufacturer shrunk the individual sausages a little, namely from 25 to 22.5 grams. In the end, the contents of the pack only increased slightly from 125 to 135 grams, while the prices rose significantly more.

The consumer advocates found hidden price increases of up to 16 percent.

Practices are "permanent annoyance for consumers"

Milka manufacturer Mondelez skilfully reduced the amount of chocolate in its Easter bunny and Santa Claus figures - and so inconspicuously that it could hardly be detected.

"Despite the 'diet', Easter bunnies and Santa Clauses usually look taller, so the lower weight is not noticeable," Valet notes.

Despite the slimming diet, higher prices were enforced, and both effects added up to an increase of up to 36 percent compared to the previous year.

"Whiskas Crunchy Pockets" from Mars suddenly weighed only 60 grams, instead of 72 grams before. With the same retail price, this results in a hidden price increase of 20 percent for cat lovers - but only if they ignore Mars' changed feeding recommendation on the back .

If, on the other hand, they are based on this, the result is a price increase of around 50 percent.

"Alles auf Aktien" is the daily stock market shot from the WELT business editorial team. Every morning from 7:00 am with the financial journalists Moritz Seyffarth and Holger Zschäpitz. For stock market experts and beginners.

Subscribe to the podcast on Spotify, Apple Podcast, Amazon Music and Deezer, or directly via RSS feed.

The consumer advocates describe such practices as "permanent annoyance for consumers".

According to the Measurement and Verification Act, it is generally forbidden to simulate a larger filling quantity than is actually present in the packaging.

But the law leaves open what that means in detail. Only internal guidelines stipulate that it should not be more than 30 percent - and that too has to be checked in each individual case. Emaciated chocolate bunnies or shrunken mini salami cannot be dealt with with it. So there is plenty of scope for double bottoms, thick lids and non-transparent size changes.