Consumers are dissatisfied, and the webmaster does not make money! Who is the express station? 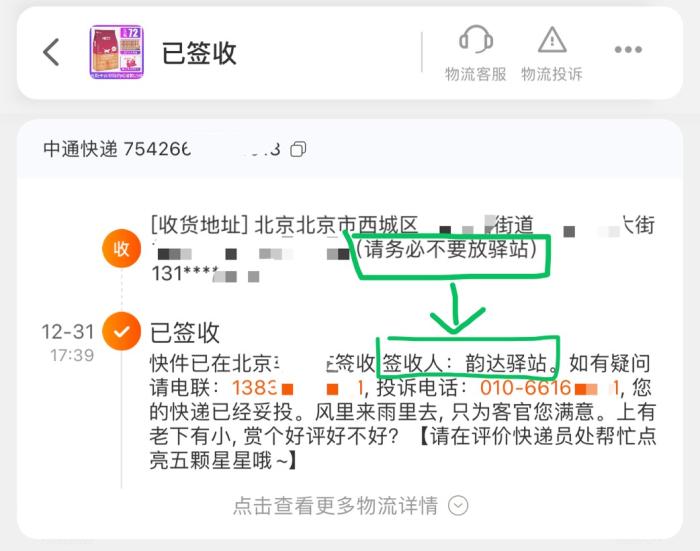 Chinanews client, Beijing, January 25th (Reporter Wu Tao) "I'm at home, can I deliver the courier?" "You can pick it up at the courier station, and now it is not delivered." Have you ever encountered this Kind of situation?

I don't know since when, many couriers did not deliver the goods, but put the packages directly at the express station. Why do the couriers like to do this?

Can the owner of the express station make money with this?

No fear of complaints, some express delivery almost no longer deliver goods

But there are some users who don’t care about this: “It’s very convenient to go to the inn just after work if you are not at home during the day.”

According to incomplete statistics, only JD.com, SF Express, and some fresh food platforms will deliver home delivery, while express delivery services such as Yunda and YTO are almost no longer home delivery in many cities.

EMS also has some express delivery directly at the station or express cabinet.

But in fact, postal administrations in Jiangsu, Zhejiang and other places have stated that it is illegal for couriers to deliver express delivery to express cabinets without the user's consent, and users can complain to the express company.

Some local consumer protection committees stated that the express company should obtain the consent of consumers before placing the express in the express cabinet.

Although there is no explicit mention of the post, the "Interim Regulations on Express Delivery" clearly stipulates that companies operating express delivery services should deliver the express mail to the agreed receiving address, the recipient or the recipient designated by the recipient, and notify the recipient Acceptance by the person or the consignee.

The recipient or the consignee has the right to check and accept in person.

However, the reporter learned during the interview that it is basically useless to call couriers and express companies to complain.

Some consumers clearly marked "rejection to the station, otherwise reject + complaint". As a result, the package was still thrown at the express station, and the complaint was useless. The courier still went his own way.

According to the reporter's understanding, if the express company does not respond to the complaint, consumers can also log on to the State Post Bureau's complaint website or call the postal consumer complaint hotline "12305" to make a complaint.

According to the complaints of postal users in November 2020 disclosed by the State Post Bureau, the satisfaction rate of effective complaints handling of express companies was 96%.

In addition, consumers can also choose to sue in court when necessary.

If express delivery is not delivered to your door, the express station makes money?

"General consumers think that there are piles of express delivery in the express station, and there is no need to send them one by one. This is a good business of'waiting and counting the money', but this is not the case now." Hou Shan (a pseudonym), the owner of the express station, aligned Xinnet reporter said, "Express delivery stations are getting worse and worse."

“In 2018, we earned 1 yuan for every piece of express delivery. Now the express company sends 80 cents, and the courier sends 50 cents, and the income is getting lower and lower.” Hou Shan said.

It is understood that in 2018, Hou Shan's community was the only rookie station he opened. Later, the "mother station" came. The express cabinets of companies such as Fengchao and JD.com also appeared, and competition among counterparts in express delivery services increased.

"The income is deteriorating. At that time, there were 300 pieces a day on average, which means 300 yuan. Now there are almost 150 pieces. Even if all pieces are 80 cents, it is only 120 yuan. There are still 5 cents. How much can you earn?"

Consumers queue up at a courier station to pick up the courier.

The reporter noticed that besides delivering express delivery, the station has successively opened services such as water delivery and selling liquefied gas to increase revenue.

In low-tier cities, the competition among express delivery stations is even more brutal.

The boss of an express station in Hebei said, “I feel trapped, except that the platform will provide phone support to nearby couriers when opening the station, and the other costs need to be borne by myself.”

"If you want the couriers to put more couriers in your own place, you can only call them one by one. Each courier is different, and the asking price is high. The courier will leave it at another station. In the end, you can only fight the price war. The lowest is 3 cents for each express, and even 2 cents are allowed."

Not only income, but other negative effects brought by express delivery stations are beginning to appear.

According to Hou Shan, he turned out to be a courier, but when the express station appeared, he was laid off. “A large number of couriers like me were laid off back then because the express company only needed some couriers to drive directly to the express station to unload the goods. It’s fine. If you don’t need to deliver it from house to house, you won’t need so many couriers.

However, data released by some post platforms show that the industry is still adding jobs.

For example, the 2020 Courier Report released by Cainiao Baotuo shows that in the past year, Cainiao Baotuo has created 30,000 full-time courier jobs.

However, according to the reporter's understanding, there are few self-employed couriers.

The model is: when consumers use Cainiao APP, Alipay, Xianyu and other products to make online reservations, couriers provided by Cainiao logistics partners such as Yuantong and Yunda come to pick up the goods.

These couriers originally joined their own courier companies or courier outlets.

Some industry experts analyzed that the reason why the number of couriers is still growing is that the rapid growth of the express delivery business has benefited. In fact, due to the impact of unmanned delivery, post stations, express cabinets, etc., the growth rate of the number of couriers is much lower than that of express delivery services. speed.

This phenomenon can be corroborated by the financial report of SF Holdings.

SF Holdings' 2020 semi-annual report shows that during the reporting period, the company achieved 3.655 billion shipments of express logistics services, an increase of 81.27% year-on-year.

As of the first half of 2020, the company has various employment models to recruit about 350,000 employees.

At the end of 2019, SF Holdings had various employment models to recruit approximately 320,300 employees.

This means that in the first half of 2020, SF Express only added about 30,000 employees in various employment modes, an increase of about 9%, and the growth rate was lower than the volume of express logistics business.

The income of the post and the courier decreases, who makes the money?

One thing that Hou Shan has been unable to figure out is: the volume of express delivery business is increasing, some couriers report that they are not making money, and the income of the station is getting lower and lower. Where is the money going?

According to the 2021 Social Blue Book issued by the Chinese Academy of Social Sciences, the average monthly salary of express employees is 4,859 yuan.

The high income of couriers depends on high-intensity overtime work, and the basic hourly wage is low.

At the same time, the post platform and the express company made a lot of money.

The financial reports of listed express delivery companies show that SF Express, Yunda, Zhongtong and Shentong are all profitable in the first three quarters of 2020, but the growth rate of revenue and net profit has increased and decreased.

Has your courier been forced to be thrown into a post or courier cabinet?

Has a complaint been filed?