Directors and workers in the insurance sector expected a rise in the prices of health insurance contracts in the local market, during the current year, noting that some institutions may tend to reduce the benefits of insurance policies, to reduce the value of premiums, or obtain regional rather than international insurance coverage, at a time when they will discuss

Directors and workers in the insurance sector expected a rise in the prices of health insurance contracts in the local market, during the current year, pointing out that some institutions may tend to reduce the benefits of insurance policies, to reduce the value of premiums, or obtain regional rather than international insurance coverage, at a time when companies will search Upon renewal of documents, new insurance plans and products at reasonable prices.

They told «Emirates Today» that the Corona pandemic highlighted some changes in the health insurance market in various world markets, noting that the costs announced by the Insurance Authority regarding health insurance claims that were paid by companies due to Corona are still within the scope of the «acceptable» , Explaining that the official authorities bore a large part of the burden as well.

The annual report on the activity of the insurance sector in the UAE market showed that insurance companies in the country paid claims related to the Corona virus, with a total of about 350 million dirhams until the end of June 2020.

In detail, the chief executive officer for Europe, the Middle East and Africa at Aetna International, David Healy, said, “There is an impact of the economic repercussions of the global pandemic (Covid-19) on business in various parts of the world, which led to institutions seeking to reduce costs, including reducing costs. Insurance expenses ».

He continued: “Regardless of the cost factor, a recent survey issued by (Aitna International) showed that the (Covid-19) epidemic has increased employee requirements from institutions by enhancing the benefits and benefits of health insurance coverage provided to them, as 76% of the participating employees agreed. In the study on the increasing importance of obtaining comprehensive health insurance now, 66% of employees indicated that institutions need to spend more on the benefits of insurance policies, to include benefits that are in line with these expectations and meet all their health care needs.

Regarding the coverage of "Covid-19", and whether insurance companies are hedging against this epidemic, Haley said that "In light of the spread of the epidemic, some insurance companies have worked to provide support to the community, companies and employees, and Aetna International Company, during the month of March, By expanding the range of its customers' access to remote health care services, which it launched to its customers in 2018, in line with the Dubai Health Authority's vision of (a doctor for every citizen), with the aim of ensuring effective and continuous access for the company's clients in the UAE to easy-to-specialized medical consultations. And effective ».

For his part, the CEO of "Dubai Islamic Insurance and Reinsurance" (Aman), Jihad Vitrouni, said that "the (Corona) pandemic has highlighted some changes in the health insurance market in various world markets," indicating that "health insurance rates in the UAE It is already at low levels, compared to the cost of health services.

Vitroni stated that "profit margins are few, and they may be non-existent in this vital sector, for some companies, in exchange for the high cost of services in the local market compared to other markets." He added that "the market may witness a rise in the prices of health insurance contracts during the current year, Several factors ».

He continued: “We expect a 10% increase during the current year,” adding at the same time that the health insurance sector has suffered, in recent years, between companies to burn prices, without considerations of truly assessing the risks of the insured. Also, reviewing the health provider network for some companies that insure their employees in the context of reducing costs.

In turn, the general manager of the "Getaway International Assurance" company (insurance agents), George Al-Ashqar, said that "the prices of health insurance contracts that are renewed annually are already at low levels due to several factors, most notably the competition between a large number of companies operating in the local market. ", Pointing out that" this negatively affected the profit margins of companies in this sector, which has witnessed major changes during the past months. "

Al-Ashqar added that "expectations indicate an increase in the prices of health insurance contracts, which will be renewed during the current year, by about 5% compared to last year," noting that "these rates are not significant at all."

For his part, the General Manager of "Al-Wathba National Insurance", Bassam Gilmiran, said that "the latest combined results, related to the insurance sector business in the local market, regarding individual and group insurance, were very small, in light of the size of the premiums", pointing out that despite From the rise in health insurance rates during the past years, but it is still slight, against the increase in the prices of good services and reinsurance costs.

"As long as the sector is regulated by the legislative authorities, and the minimum limits for coverage are defined, this trend will continue, unless there is a complete and comprehensive study of the nature of the services provided, and their pricing in a way that pushes towards achieving some returns," Gilmiran added.

He said that "the costs announced by the Insurance Authority regarding health insurance claims due to (Corona), are still within the acceptable range," pointing out that the state bore a large part of the burden as well.

He added that these amounts constitute only a small part of the total insurance premiums recorded by companies in the health sector, indicating that, in contrast, during the first months of the pandemic, insurance companies witnessed a retreat on the part of insured clients on visiting medical centers and hospitals, what It contributed to finding a kind of balance between the claims of "Corona" and the claims of health insurance in general.

The general manager of Al-Wathba National Insurance Company, Bassam Gilmiran, said, “The results show small profit margins in general, which indicates that prices did not match the level of demand in this sector, and therefore it is evident that there will be increases in health insurance prices during the current year. , To convert the business of this sector to profitability, and there is pressure from international reinsurance companies to raise prices and reconsider them.

• Companies that, upon renewing the documents, will search for new insurance plans and products at reasonable prices.

• The economic repercussions of "Covid-19" on global business, prompted to control costs and reduce insurance expenses. 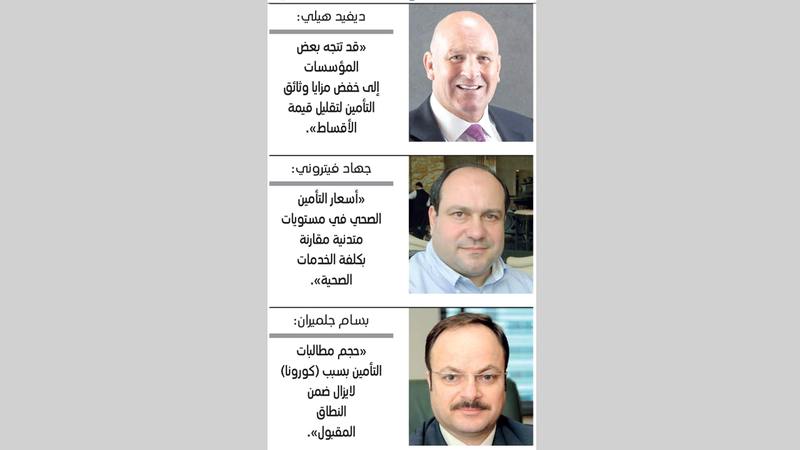 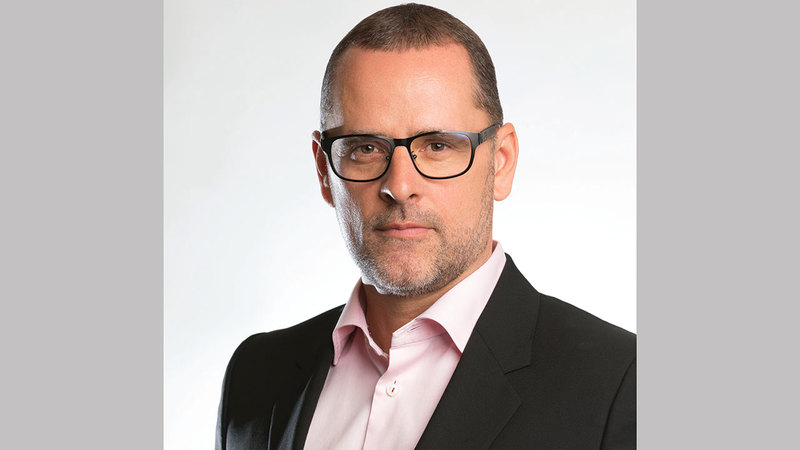 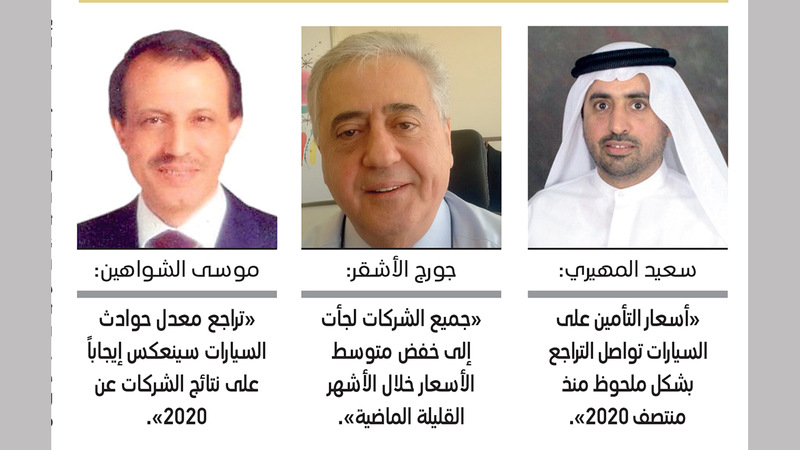 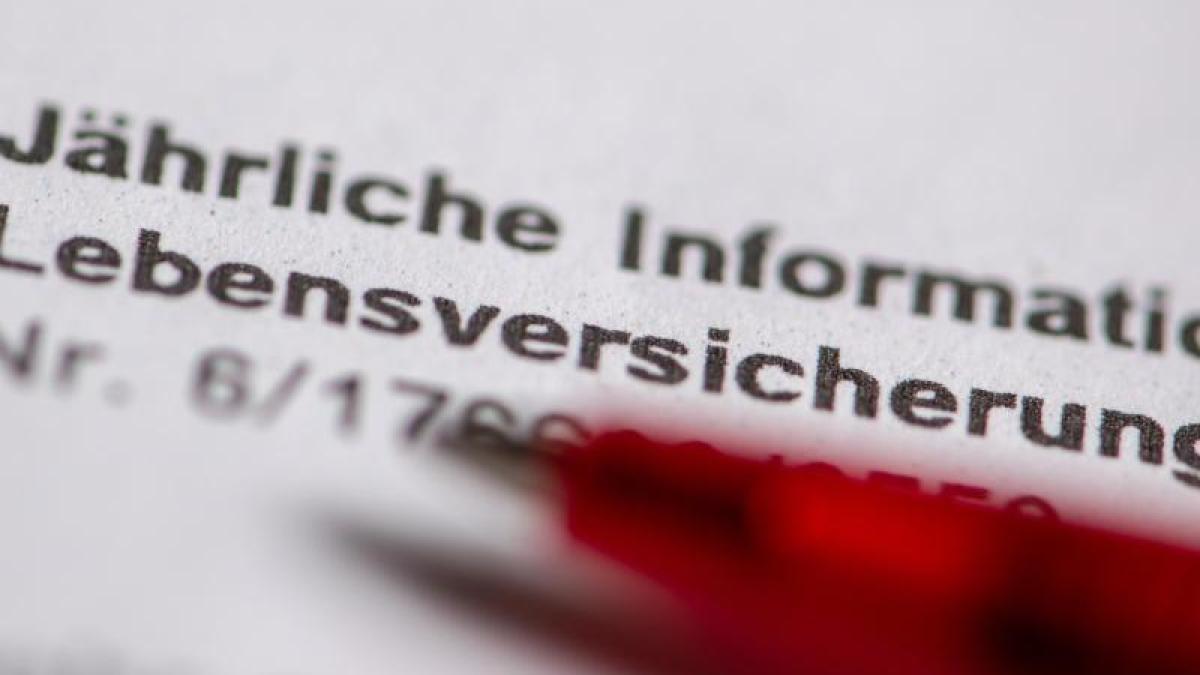 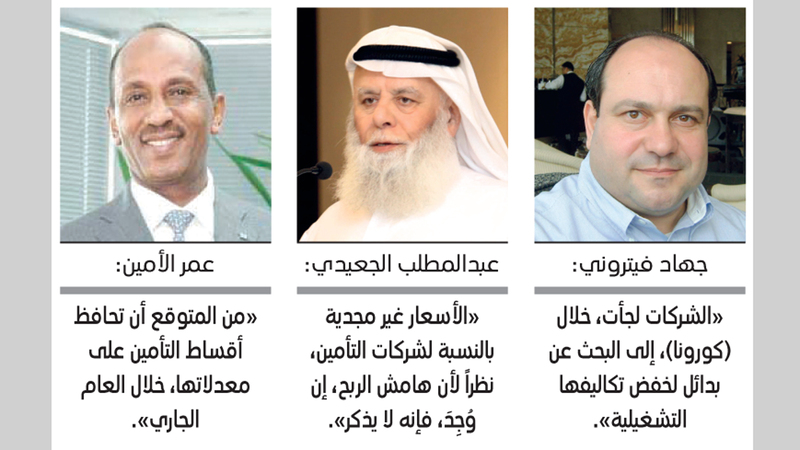 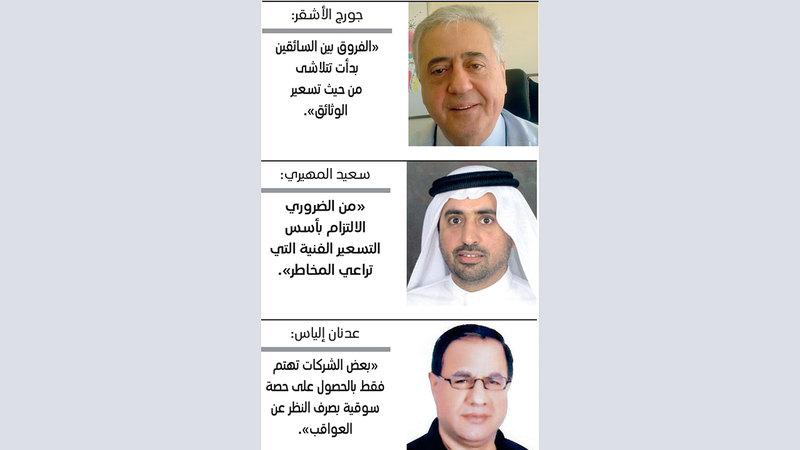