Aswaaq: Plans to expand e-commerce during 2021

Abdul Hamid Al-Khashabi, the spokesperson for “Aswaaq Group” centers affiliated with the “Dubai Investment Corporation”, said that “the group in the retail trade sector has plans and initiatives to implement, to expand e-commerce during 2021, most notably the launch of a support and support center. 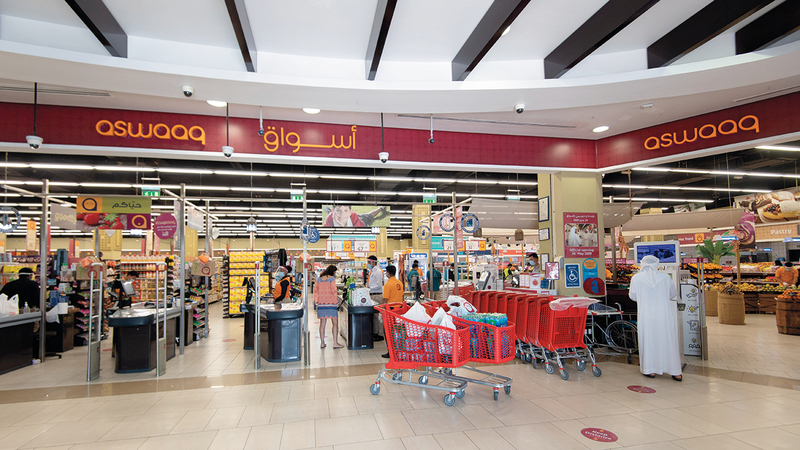 Aswaaq: Plans to expand e-commerce during 2021

Abdul Hamid Al-Khashabi, the spokesperson for “Aswaaq Group” centers affiliated with the “Dubai Investment Corporation”, said that “the group in the retail trade sector has plans and initiatives to implement, to expand e-commerce during the year 2021, most notably the launch of a support and support center for the operations of E-commerce and product delivery in Al Qusais, Dubai.

He added that the plans include increasing the capacity of the e-shopping platform, and discussing the expansion of deliveries to different geographical areas, stressing that the group aims to raise e-commerce shares to exceed 20% of total sales, compared to 5% currently for retail sales.

Al-Khashabi pointed out that the "Covid-19" pandemic highlighted the importance of transformation and expansion in e-commerce activities, pointing out that among the positive effects of the pandemic as well, support the expansion of digital systems in the management of retail trade operations, indicating that the group had previous plans in this regard. , And expanded it, which supported remote business management.

Al-Khashabi revealed that the group will open its first outlet in Ajman within the next two weeks, as part of plans to expand outside the Emirate of Dubai, especially with the presence of estimates of recovery and significant activity in the retail trade during the current year, with strong indicators at the beginning of 2021 indicating this, with the support of From government incentives and initiatives, and the return of tourists and visitors, with the resumption of flights.

Al-Khashabi explained that the group has investment plans to open four new commercial centers during the next year, including the establishment of three commercial shopping centers in Dubai, at an investment cost estimated at 20.7 million dirhams, in the areas: Muhaisnah 1, Al Warqa 4, and Al Safa 2. And the establishment of a shopping mall in the "Hatta" area, at an investment cost of about four million dirhams, to serve the region’s residents and the tourism activity there, in addition to the completion of expansion operations for a shopping center in the area of ​​“Al Barsha South 1” at 12 million dirhams.

The spokesperson for “Aswaaq Group” centers, Abdul Hamid Al-Khashabi, said that the group has increased the number of consumer products that carry its own brands from 90 products during 2019 to 100 products during the year 2020, and it intends to increase these products to between 115 and 120 products at the end of This year.

The spokesperson for "Aswaaq" centers, Abdul Hamid Al-Khashabi, said that the number of subscribers to the loyalty system (Wafa) increased from 87 thousand dealers during 2019 to more than 93 thousand dealers during 2020, which indicates an increase in the demand for the system that supports the purchase of digital systems. Without the need to use cash or credit cards.