The "sinking" of the market drives up consumption

The "sinking" of the market drives up consumption

[The Analects of Finance and Economics]

The Central Economic Work Conference proposed to "fully tap the consumption potential of counties and townships."

This is a deployment based on the foundation and conditions of rapid consumption growth and great potential in counties and townships in our country, and reflects the important idea of ​​organically combining the expansion of consumption with the improvement of people's quality of life.

Since 2014, the average growth rate of the rural consumer market has been nearly 1.2% faster than that of urban areas.

From January to November 2020, the rural consumer market will recover 0.6 percentage points faster than that of urban areas.

From 2013 to 2019, the gap in the Engel coefficient of urban and rural residents decreased from 4 percentage points to 2.4 percentage points, and the proportion of rural residents’ consumption expenditures for transportation and communications, education, culture and entertainment, and medical care and other upgrades increased from 30.7% to 35.6 %, the increase is 1.2% higher than that of urban residents.

The implementation of the rural revitalization strategy has promoted the integrated development of the primary, secondary and tertiary industries in the rural areas, and the rural consumer market with its earthy flavor and strong customs has also attracted a large number of urban residents to consume in the countryside.

From the perspective of future development, my country's county and township consumption growth potential is large and the room for upgrading is wide.

Population is the basis of consumption growth.

The population of counties and townships in our country account for more than half of the total population.

The accelerated development of new urbanization and the accelerated advancement of county infrastructure to make up for shortcomings will help further improve the livability level of county towns. More and more rural people will live in county towns and small towns, laying a population foundation for county and town consumption growth .

Sustained and stable income growth, increased supply levels in the county and township markets, and the higher willingness of rural residents to consume and other factors have combined to determine the strong growth potential and broad development space of my country's county and township consumer markets.

County and township consumption will form an efficient development pattern with complementary functions and organic connection with urban consumption, which will strongly support the smooth domestic cycle and give play to the growth advantages of a strong domestic market.

Exploiting the consumption potential of counties and townships is not only an inevitable requirement for expanding domestic demand and stabilizing growth, but also an inevitable requirement for effectively improving the quality of life of residents and better satisfying the yearning for a better life. It is necessary to tap and release county and township consumption growth with the focus on making up for shortcomings and strengthening functions. Great potential.

First, we must continue to increase the consumption capacity of residents, especially the income level of farmers and the level of social security.

Second, we must accelerate the improvement of county and township consumption infrastructure.

Efforts will be made to realize the convenient docking of county (township) roads of level 3 or below with expressways and national and provincial roads, focusing on strengthening the connection and reconstruction of agricultural industrial parks and tourist attractions above level A, improving the county and township transportation network, and facilitating the consumption of county and township residents. Wheels".

Promote the upgrading and transformation of county and township water and electricity networks and communication networks, accelerate the deployment of 5G networks, and improve the basic conditions of "Internet +" and "smart consumption" in counties and townships.

Third, we must accelerate the smooth circulation of county and township consumer markets.

Strengthen the construction of county and township business facilities and logistics stations to villages to enrich the "vegetable baskets" and "shopping carts" of residents in counties and villages.

Fourth, we must accelerate the construction of comprehensive consumption platforms for counties and townships.

Support the construction of a living consumption service complex based in rural areas and close to farmers, and further expand and improve the optional "menu" for rural residents' consumption.

Fifth, we must focus on optimizing the consumption environment of counties and townships.

We will crack down on counterfeiting and inferior goods in accordance with the law, carry out in-depth actions to rectify consumer markets in counties and townships, and guide and support farmers to establish a scientific, rational and safe consumer outlook. 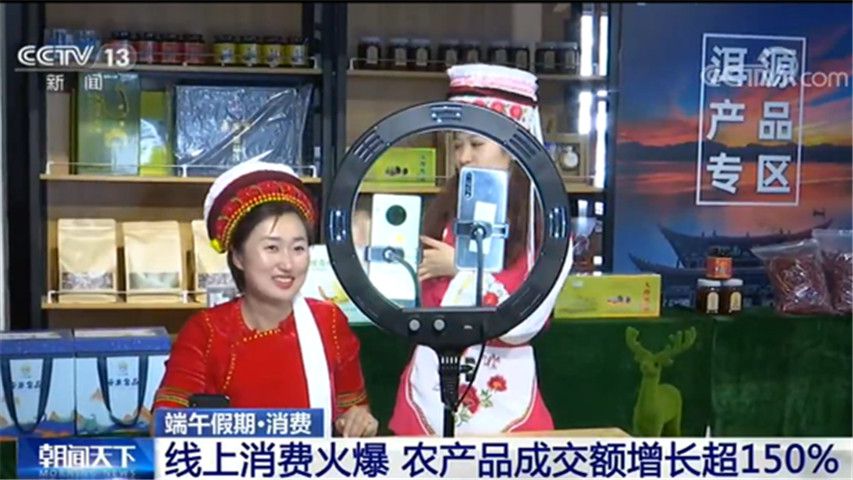 Business 2021-02-23T18:06:07.570Z
Consumption during the Spring Festival of the Ox to catch up with the recovery of the previous year and return to the fast lane?

Business 2020-06-24T00:33:32.942Z
Problems such as too many routines and poor experience still exist. Shopping festivals still need to evolve like this

Business 2020-06-23T23:45:38.740Z
Problems such as too many routines and poor experience still exist. Shopping festivals still need to evolve like this

Business 2021-01-11T08:50:02.542Z
Lay a good foundation for expanding domestic demand and promoting consumption in 2021. A new round of autos to the countryside is coming

Business 2021-03-01T09:05:28.195Z
The draft stamp duty law is submitted for review and the stamp duty rate for stock transactions is proposed to remain unchanged