Property tax: the plans of the SPD, the Greens, the Left Party

The SPD, the Greens and the Left Party are calling for high assets to be burdened more heavily. Because of the corona pandemic, a one-off property levy is also under discussion. However, there are several good reasons why this tax has almost completely disappeared from Europe.

The corona crisis and its costs alone are enough for many in the politically left spectrum to call for a wealth tax.

Now there are also record prices on the stock exchanges, which means that the rich are even richer after just a few days of the new year.

This should be a popular topic for the federal election campaign in 2021.

This is how emotions can be aroused.

A look behind the facade of short election campaign slogans shows that an additional burden on high wealth is not so easy - regardless of whether it is a matter of reviving the wealth tax or a one-off capital levy, as it was last after the Second World War.

The valuation of a securities account is simple thanks to daily stock exchange prices, while that of family businesses, real estate and works of art is complicated.

And where do you draw the line so as not to burden company owners so much that jobs may be endangered?

Of the parties, only the Left Party has so far clearly positioned itself.

The rate is to increase gradually from ten to 30 percent, the payment does not have to be made immediately, but can be extended over 20 years.

Expected income for the state according to calculations by the German Institute for Economic Research: 310 billion euros.

Whether such a charge is legally possible is controversial.

In the SPD and also in the Greens, where people traditionally have sympathy for the topic, they don't want to decide how to go into the election campaign.

The SPD adopted a concept for a wealth tax in 2019 - starting with two million euros in private assets, with a tax rate of one percent and expected income of ten billion euros per year.

But there are also demands on the left wing of the party for a one-off property levy.

Chancellor candidate and pragmatist Olaf Scholz could also work towards an even higher income tax rate for the wealthy, here the hurdles would be lower.

For him, the topic is in any case less about paying the costs of the Corona crisis, as he assumes that Germany will grow out of debt again after the crisis.

Rather, he sees it as a sign of the cohesion of society.

Scholz accuses the wealthy of showing unsanitary behavior: “We live in a society in which those who are very rich and powerful too often manage to defend themselves against fair taxation by pretending that everyone should be burdened who do not have such high incomes.

We will prevent that, ”he told WELT AM SONNTAG.

With the SPD you can see the danger that in the election campaign it will be a party that wants to tax all assets, even if it is only about 10,000 euros on the savings account.

The CDU and FDP consider the whole discussion to have fallen out of time.

"The global trend is towards taxing the assets that are easiest to evaluate, namely real estate - and not taxing other assets or only very little and then taxing them at a flat rate," says the possible CDU chairman Friedrich Merz.

Germany has long had a property tax on real estate.

"This should politically deal with the subject of wealth tax in Germany."

FDP leader Christian Lindner warns that the disproportionately high collection costs could quickly exceed the revenue from a wealth tax.

“In the end, there would be a tax of envy, which is insignificant for the national budget and punishes thrift and willingness to perform,” he says.

From a legal perspective, a distinction must be made between property tax and property tax.

Supporters of a property levy to combat the burdens of the corona pandemic refer to Article 106 (1) No. 5 of the Basic Law.

There is explicit mention of a “one-time property levy”.

As early as 2013, however, the Bundestag's Scientific Service pointed out that the introduction of a one-off property levy would require “a financial distress that threatens the existence of the state” in which “neither an increase in income from other taxes nor an expansion of borrowing nor a corresponding reduction in expenditure is possible".

This requirement does not match the government's statements that there is enough money to fight the pandemic.

The following applies to wealth tax: it has never been abolished, but has only not been levied since 1997.

The Federal Constitutional Court ruled in 1995 that real estate may not be valued differently from other property.

But this is exactly what happened because of the outdated, low standard values.

This has now been changed with the property tax reform, which will come into force in 2025.

With this, proponents of a wealth tax see an important hurdle removed.

The scientific service slowed down as early as 2019: “The property tax reform does not lead to an immediate revival of the wealth tax.” There is only a “factual proximity” between the two topics.

This is how wealth is distributed across the country

If you ask people whether they think they are wealthy, many will initially say no.

The Socio-Economic Panel (SOEP), a survey of private households that has been carried out by the German Institute for Economic Research (DIW) on a regular basis since 1984, helps to classify yourself correctly.

This can be real estate, savings, life insurance, coins, paintings or company investments.

The richest ten percent include those who have a net worth of EUR 265,000.

For those in favor of greater access by the state to the wealth of the population, the decisive factor is not the average, but the distribution of wealth.

According to SOEP, the top ten percent of the population owns 59 percent of total wealth.

From the point of view of the DIW researchers, however, the household survey alone does not help any further, since high net worth people do not like to talk about their wealth.

Therefore, in the previous year, they expanded the SOEP data to include specific data from a list of rich people.

According to this, the top ten percent even make up 67 percent of the overall higher total wealth in Germany.

The top percent should hold even 35 percent instead of 22 percent.

The state took hold of assets early on

A separate burden on assets already has some historical models.

The “Reichsnotopfer” existed as early as 100 years ago, with which capital gains were skimmed off in order to restore the poor condition of the household after the First World War.

The project failed because the tax authorities were barely able to comprehensively determine the wealth, the high tax rates also met with political resistance, and wealthy people evaded their property.

The tax rates started at twelve percent at that time and rose gradually to 65 percent with increasing wealth.

From 1923 the Reichsnotopfer was replaced by the general wealth tax.

As a result, wealth-related taxes then had a greater weight in government revenue than they do today.

The importance remained after the Second World War, which was initially due to the emergency aid levy and then to the property levy as part of the burden sharing of 1952.

At that time a lot of money was needed to rebuild the country and to compensate the displaced.

The equalization of burdens amounted to 50 percent of the assets at the time, but the payments could be stretched over 30 years, so that the annual burden was just under 1.7 percent.

Accordingly, the burden on wealth decreased in the early 1970s.

In 1996 the wealth tax was levied for the last time following a ruling by the Federal Constitutional Court.

Only three countries with wealth tax

The wealth tax has largely disappeared from Europe.

At the beginning of the 1990s, twelve countries had levied taxes on their citizens' wealth, but now there are only three: Norway, Switzerland and Spain.

The industrialized countries organization OECD sees the reasons for this primarily in the high costs of collecting this tax and in the possibility of moving one's assets to other countries and thus avoiding the tax.

In Norway, a fixed rate of 0.85 percent applies to assets from the equivalent of just over 140,000 euros; in Spain, the tax rate rises gradually with the amount of assets from 0.2 percent to 3.75 percent.

In Switzerland, the model for many proponents of wealth tax, there is no uniform regulation.

Here the 26 cantons compete for the wealth of the wealthy.

Both the exemptions and the rates are quite low.

That means: the wealth tax hits quite a lot, but not so much.

In most cantons, the rate is less than 0.5 percent of net assets, i.e. after deducting debts.

In addition, income tax is relatively low, and in very few cantons descendants have to pay inheritance tax, and spouses certainly not. 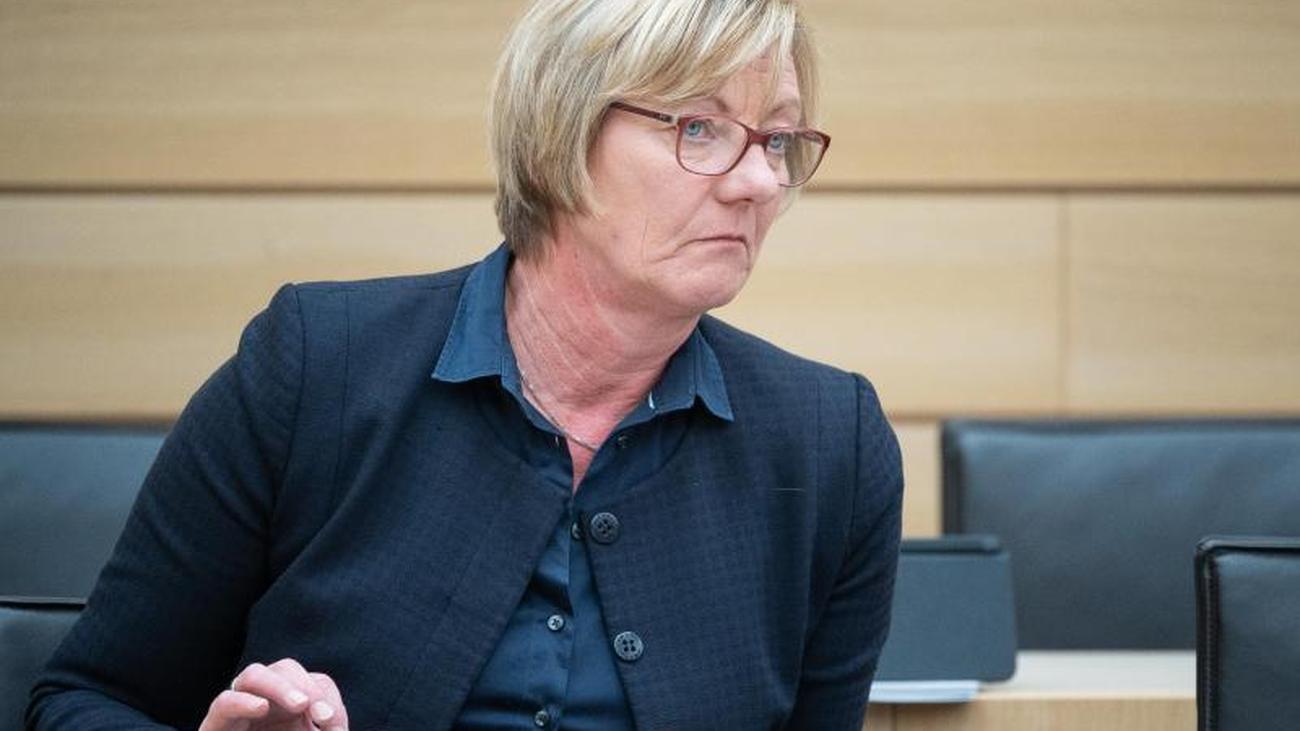 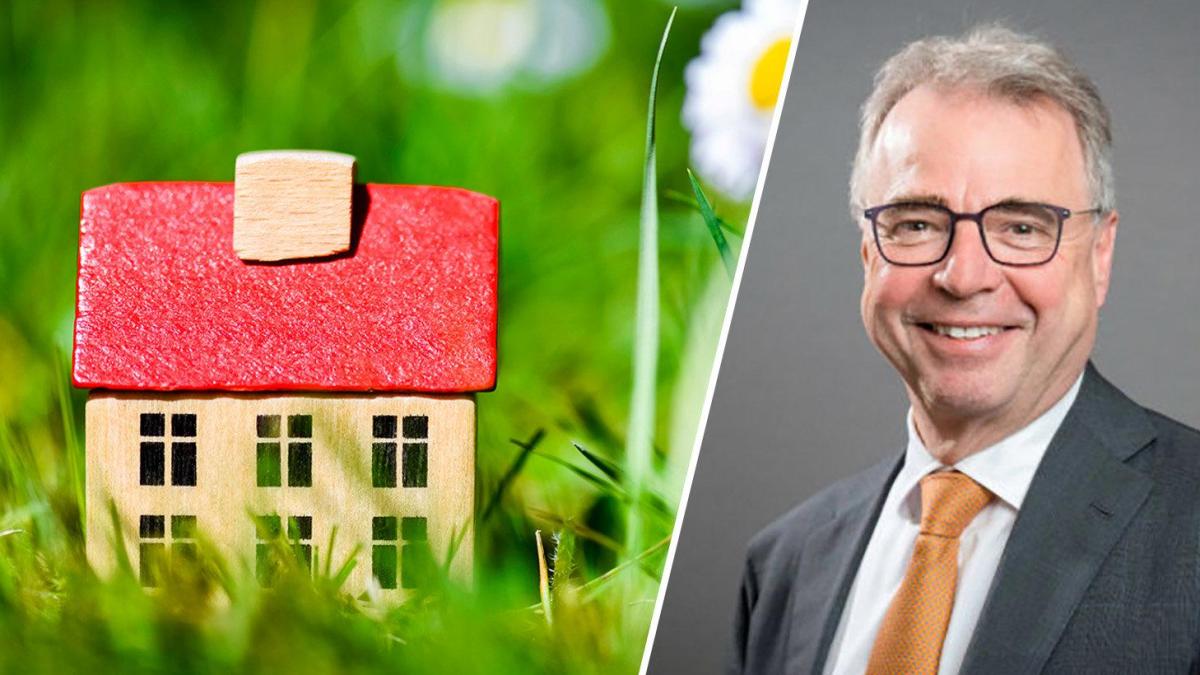 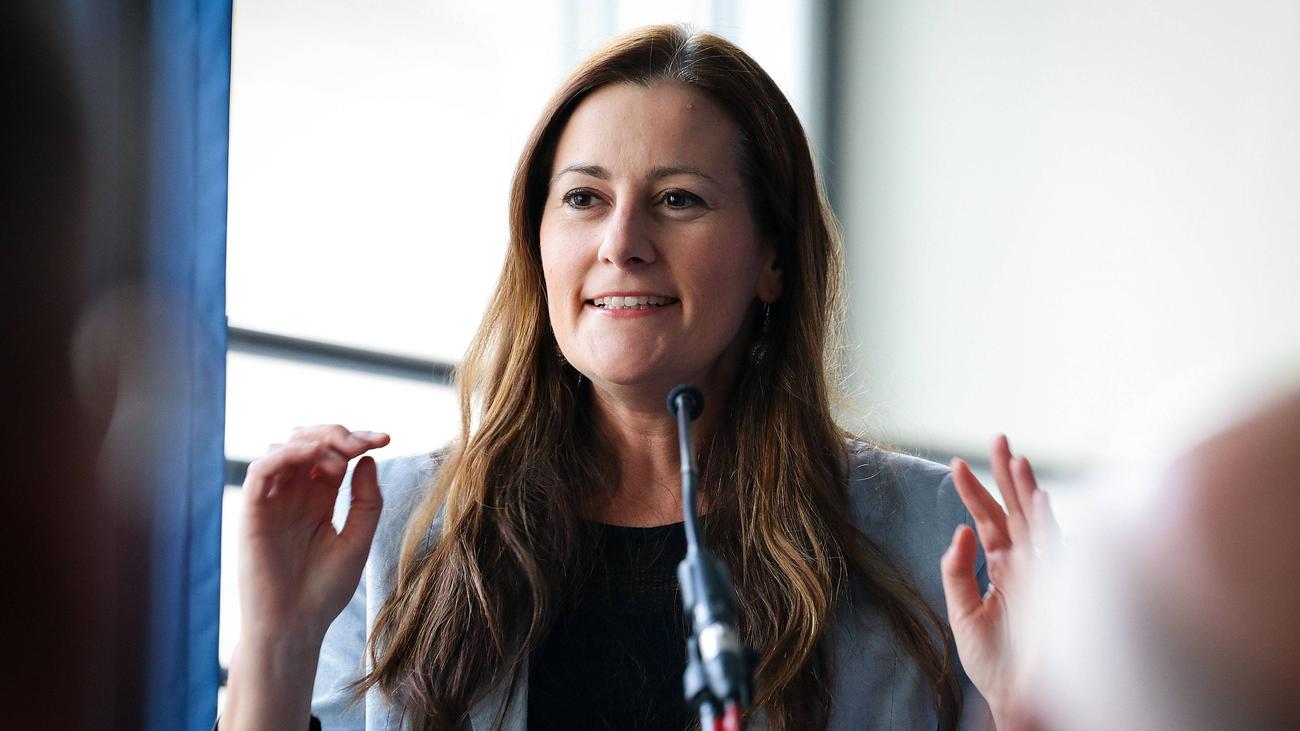 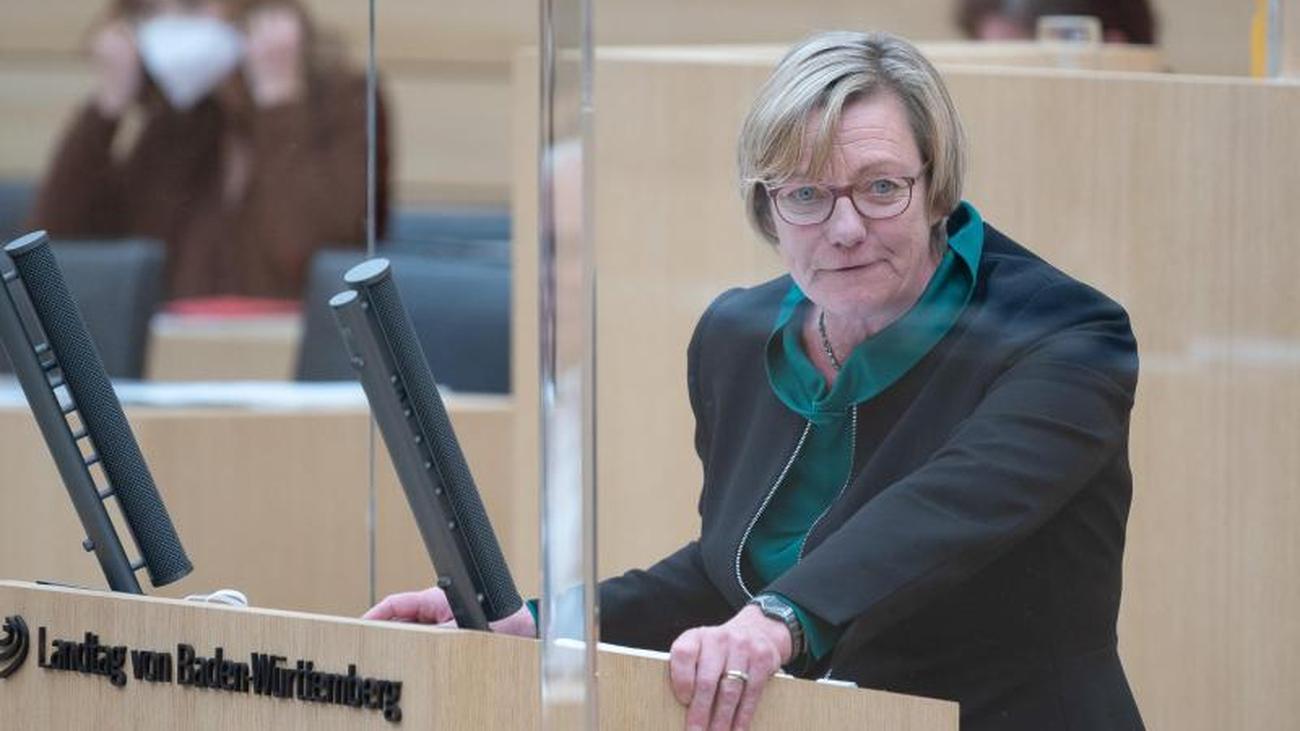 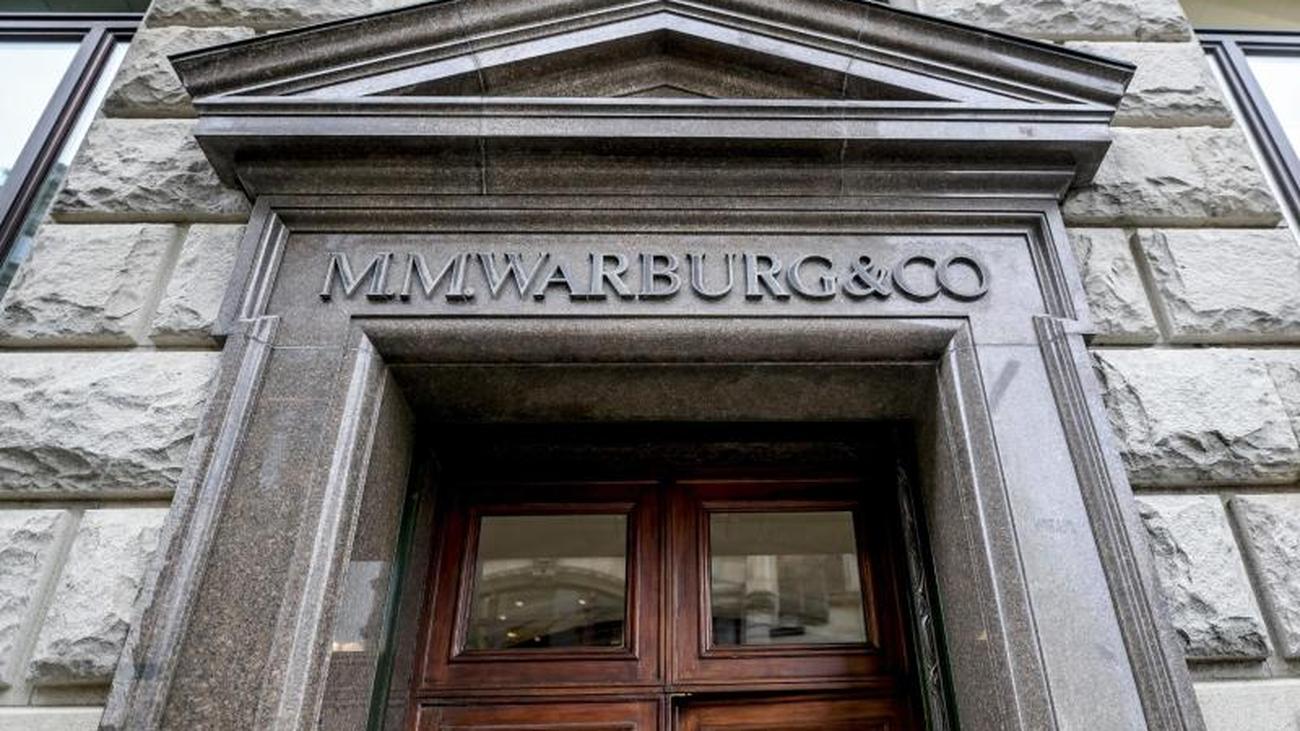 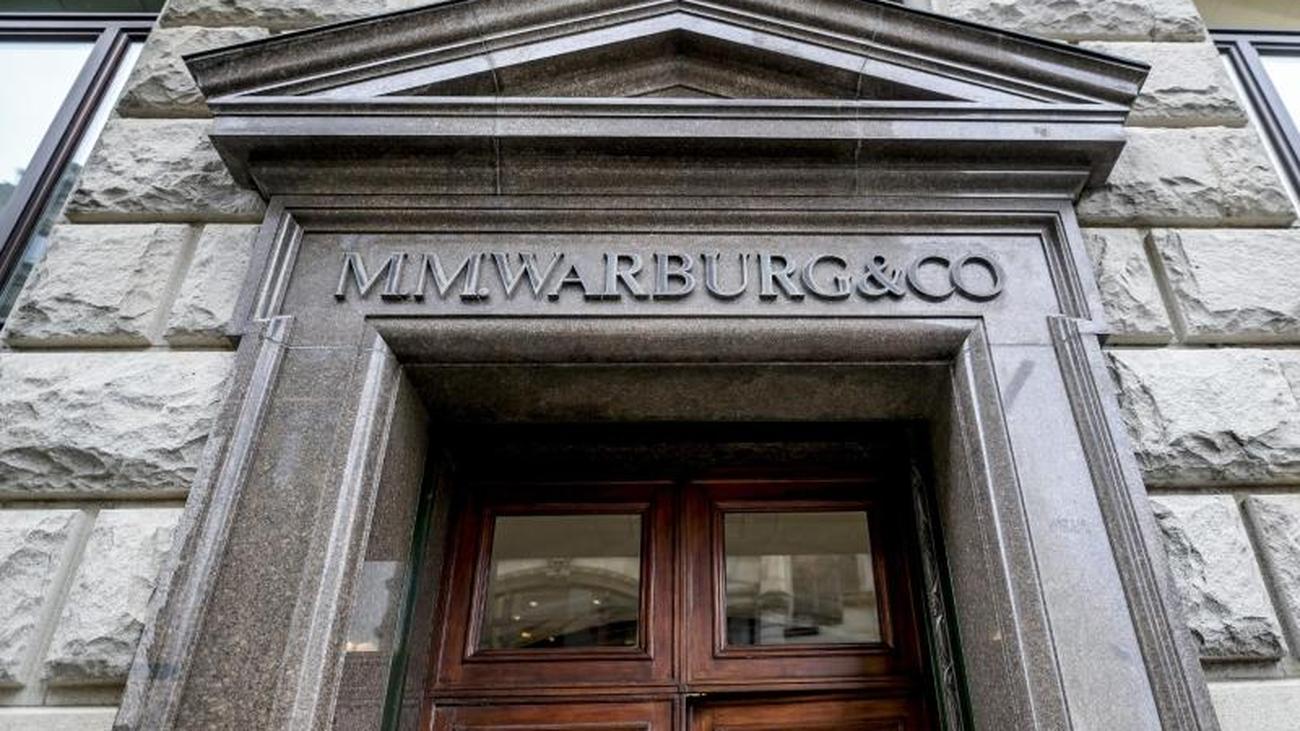 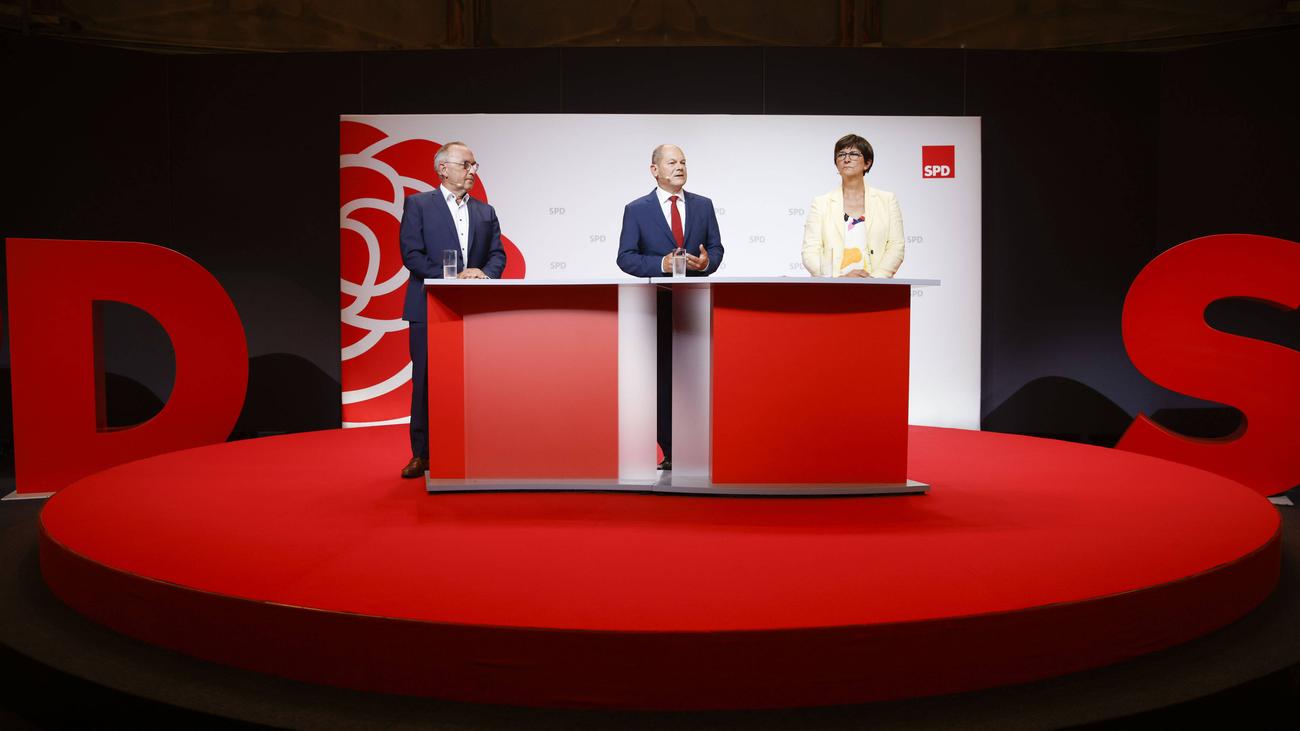