Get the "timely rain" and increase competitiveness (build a new development pattern, pay attention to foreign trade companies to open up the domestic market③)

Since 2020, local customs departments have issued policies to support foreign trade companies in changing their development paths and realizing "walking on two legs" in domestic and international markets.

Improve services and simplify procedures, actively implement preferential tax policies, strengthen guidance and precise assistance... The customs department has launched a policy "combination punch" to support foreign trade companies in exploring the domestic market, which not only further enriches the domestic market supply, but also helps to fully release the potential of domestic demand. Speed ​​up the construction of a new development pattern.

Recently, in the production workshop of Guangdong Weifu Packaging Materials Co., Ltd. in Puning City, Guangdong, the plastic film production line has been running at full capacity, and the thin plastic film has been continuously exported to the finished packaging workshop.

"After the customs and other departments issued policies to support foreign trade companies to open up the domestic market in 2020, this food-grade plastic film product has won many domestic customers." Zhu Chuxin, the company's customs director, said that in 2020, the company's domestic sales of exported products reached 1,586 10,000 yuan, an increase of 10.48 times over 2019.

Since 2020, affected by the epidemic and fluctuations in overseas demand, foreign trade export companies have faced considerable pressure.

Some companies are trying to "walk on two legs" while actively expanding the international market and stabilizing overseas orders, focusing on opening up the domestic market.

Customs departments in various regions have made a good policy "combination punch" to support foreign trade companies to change their development paths and share the "cake" of the domestic market.

The relevant person in charge of the Enterprise Management and Inspection Department of the General Administration of Customs said that for a long time, processing trade has been mainly in the form of "two ends outside", and its sales in the domestic market have been relatively small.

In June last year, the General Office of the State Council issued an opinion requiring foreign trade companies to facilitate the development of the domestic market in terms of market access, certification procedures, and tax collection time limits.

"Affected by the overseas epidemic and frequent changes in orders from overseas customers, we have increased our efforts to develop the domestic market. Guangzhou Customs has launched a centralized taxation service for foreign trade companies to explore the domestic market, reducing the number of our declarations and greatly reducing the company's operating costs "Wu Jianhua, head of the production management department of Panasonic Wanbao Meijian Life Electric (Guangzhou) Co., Ltd., told reporters that the company added 4 new production lines last year, and the production capacity of popular products such as hair clippers and beauty appliances increased by 50%.

So far, domestic sales have increased by 25% year-on-year, of which online platform sales accounted for 75%.

Ningbo Asia Pulp & Paper Co., Ltd. is an export-oriented paper product export company. Affected by factors such as the epidemic, overseas market demand was weak last year, and logistics costs rose. It is eager to open up the domestic market.

Beilun Customs, a subsidiary of Ningbo Customs, has launched a new enterprise-based electronic account book management model, which simplifies many business processes such as domestic sales of processing trade goods, and provides convenience for enterprises to coordinate domestic and international markets and resist international trade risks.

Under this model, companies have greater autonomy in materials filing, domestic sales of goods, and handling of verification procedures.

Especially under the premise of not exceeding the validity period of the account books, the bonded goods can be sold first, and the tax period for domestic sales has been extended by one quarter.

"This has effectively alleviated the financial pressure of enterprises, and provided strong support for enterprises to flexibly connect with domestic and international markets, expand sales channels, and enhance business vitality." According to Ye Xianduan, customs commissioner of Ningbo Asia Pulp & Paper Company, the company's processing trade last year The value of domestic sales reached 17.698 million US dollars, an increase of nearly 20 times.

During the epidemic prevention and control period, Dagong (Shanghai) Computer Co., Ltd., a subsidiary of Quanta Group, turned its attention to the domestic market.

However, export goods entering the domestic market are not only subject to tariffs, but also value-added tax. In this way, the quotation alone exceeds customer expectations. What competitiveness does the product have?

At the time when Dagong Company was unable to do anything, Songjiang Customs, a subsidiary of Shanghai Customs, sent "timely rain". According to the new policy of selective taxation for processing trade enterprises issued by the General Administration of Customs, Songjiang Customs recommends that enterprises pay for imported materials instead of finished products. Pay customs duties.

For Dagong, the tariff of the former is only 0.97%, which is much lower than the latter, which provides strong support for companies to lower their quotations and enhance their market competitiveness.

Xu Rong, head of the customs department of Dagong Company, said: "Now, our domestic orders have doubled and gradually opened up the domestic market."

In the Nanhai Office of Foshan Customs under the jurisdiction of Guangzhou Customs, there is an LCD panel manufacturer Foshan Qunzhi Optoelectronics Co., Ltd.

With the support of the local customs, the company has actively carried out domestic sales. Since 2020, it has sold goods worth about 477 million yuan to the domestic market.

"Our company is a processing trade enterprise that handles centralized domestic sales declaration and tax payment on a monthly basis. According to the General Administration of Customs' Announcement No. 78 of 2020, the company's domestic sales declaration and tax payment have been changed from monthly to quarterly reports. This simplifies the procedures and reduces operating costs. It's very helpful." said Peng Fang, manager of the logistics department of Qunzhi Optoelectronics.

In addition, since Guangzhou Customs implemented the policy of temporarily exempting the tax deferred interest for domestic sales of processing trade goods in mid-April 2020, it has handled a total of 915 enterprises for domestic sales tax collection.

In the second half of 2020, the domestic sales value of processing trade in the Guangzhou Customs Customs Area increased by 35.17% over the first half of the year.

In Linyi, Shandong, a group of tire manufacturers gathered here. Affected by the epidemic, their exports were once under pressure.

The Linyi Customs, affiliated to Qingdao Customs, has set up an industry coordinator to actively assist foreign trade companies in addressing the difficulties and blockages in developing the domestic market, realize business "with newspapers", and support companies to carry out online auctions of scrap waste, graded and batched domestic sales, and meet Diversified domestic demand.

In Chongqing, Liangjiang Customs, a subsidiary of Chongqing Customs, has set up business posts to hold policy "cloud classes", and arrange corporate coordinators to help companies make good use of relevant policies, guide companies to change their thinking, and effectively respond to the impact of the epidemic.

"Corporate coordinators have helped us a lot, and the new policy has also helped us effectively develop the domestic market. The domestic sales of LCD monitors produced by enterprises last year increased significantly," said the head of customs affairs of Chongqing Huike Jinyang Technology Co., Ltd.

"We have launched the'One Window' to further simplify customs clearance procedures." According to Bai Yaduo, deputy director of Tianzhu Customs under Beijing Customs, special customs supervision zones such as the comprehensive bonded area are highlands for foreign trade development, but they are also affected by the epidemic.

Beijing Customs has actively promoted the implementation of a number of tax policies and measures such as tax reduction and exemption for epidemic prevention and control materials, and temporary exemption of tax deferred interest for domestic sales of processing trade enterprises, helping processing trade enterprises in the comprehensive bonded zone to open up the domestic market.

As of the end of 2020, Beijing Customs has handled a total of 218 million yuan in tax deferred payment procedures for enterprises, which has effectively eased the financial pressure of enterprises.

Experts in the industry said that the entry of high-quality export products into the domestic market is not just a substitute relationship between one and the other.

In fact, this has both trade transfer and trade creation, which will further enrich the domestic market supply and drive consumption upgrades; at the same time, it will help to fully release my country’s super-large market scale advantages and domestic demand potential, and accelerate the construction of a domestic and international cycle. The new development pattern of mutual promotion of dual cycles. 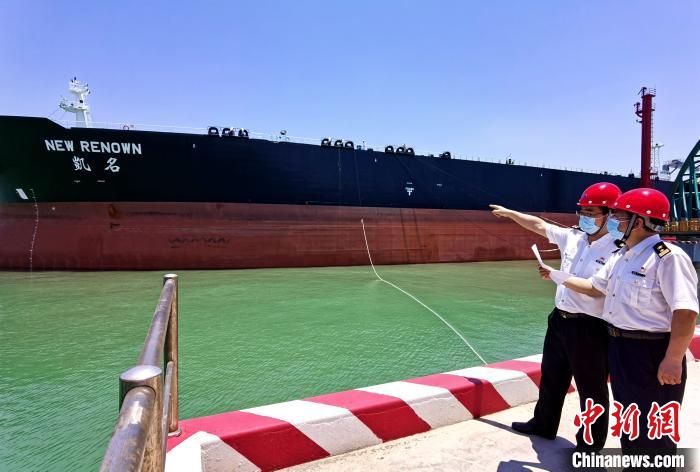 Life/Entertain 2020-11-13T09:12:26.443Z
Ministry of Commerce: From January to October 2020, China's import and export volume hits a record high during the same period-Chinanews.com