The app that detects incompatible foods

Goodbye stomach pain: An app detects what's hidden in food. A great relief for people with allergies and intolerances. But it can also be of help to vegans or vegetarians.

A friend of the 24-year-old has several food intolerances.

“As a result, I have noticed over the years how difficult it is for them to find the right food,” says the student from Heidelberg.

“But it has to be easier,” Noack thought - and in addition to studying, he developed an app that is supposed to help people with intolerances on the supermarket shelf.

HealthMe is the name of the digital offering from Noacks founded company Declareme, which has been available for a few months.

The user creates a profile in it and at the same time lists which ingredients he does not tolerate.

In the store, he then scans the barcode on the packaging of food and, based on his default settings, receives a message on his smartphone as to whether the product is suitable for him.

And if not, the app recommends various alternatives.

With its app, Noack does not only want to address allergy sufferers.

"Vegans and vegetarians are also part of the target group, and not least consumers who want to eat consciously."

The time for this seems right.

After all, Noack's offer meets an increasingly interested and open society.

In any case, the current “E-Health Monitor 2020” from the consulting company McKinsey reports that the number of downloads for health apps has risen sharply during the Corona crisis.

This also means the digital offers of the health insurance companies.

"In the pandemic, an app is often the fastest way to communicate with a health insurance company," says the study.

There is also interest in offers on diagnostics, allergies or topics such as diets and fasting.

Fastic has now established itself here.

The development of the start-up from Dresden, founded in mid-2019 by Sebastian Wettcke and Phillip Wayman, has around seven million downloads worldwide.

"We are offering users a new, healthier lifestyle and are also focusing on intermittent fasting," explains Managing Director Waymann, who met his co-founder on a backpacker tour in Australia.

This triggers what is known as autophagy, i.e. a self-cleaning process in the body's cells, for whose discovery the Japanese cell researcher Yoshinori Ōsumi was awarded the Nobel Prize for Medicine in 2016.

And there is a very big difference to diets, which Wayman sees as an "unnatural form of eating behavior".

However, the help for the new lifestyle is not cheap: Fastic charges 12.99 euros for planning a month and almost 80 euros for an annual subscription.

Nevertheless, the number of hits increased, especially in the USA.

And investors are queuing up to further develop Fastic.

With the collected capital, Fastic is now working on further expansion and internationalization: So far, the app based on the gamification principle has been available - so users should be easily motivated to persevere - in German, English and Spanish.

Language versions in Portuguese, French and Italian are to be added shortly.

The difficulty of finding venture capitalists

Victoria Noack has so far not seen a glut of money.

The HealthMe founder has checked out a number of start-up and start-up competitions.

The technology-interested venture capitalists disliked the focus on food, reports the young entrepreneur.

And donors who focus on food services, the offer is too technical.

So the start-up capital - around 30,000 euros for programming by a company in Ukraine - has so far come from her own pockets and from her parents.

In Christian Riesenberger, Noack has found a mentor who also provides HealthMe with the most important resource at a friendship price: data.

Riesenberger is the head of the service provider Better Life from Karlsruhe, which collects and validates information from numerous databases, such as information on nutritional values, allergens, production method and ingredients, right up to preservatives and trace elements.

HealthMe now has access to data on over four million products.

"We only have gaps in the store brands of discounters," admits Noack, who gives the app price at EUR 3.49 for six months following a one-week test phase.

The German Allergy and Asthma Association (DAAB) also emphasizes that data is the critical point.

“The timeliness of data is crucial for the quality of an app.

Because lists of ingredients can change quickly and often, ”says Sonja Lämmel, certified oecotrophologist at the DAAB.

The nutrition expert is critical of a number of apps.

"Some can be a real relief for those affected," says Lämmel.

“Many, however, give consumers a false sense of security, sorting the food into tolerable and incompatible, without taking into account the overall picture of the diet.

This can even more lead to an unhealthy diet. "

It would be more important if consumers deal with the topic of nutrition in an individualized nutritional therapy, says the expert.

Because according to her own practical experience from 20 years of nutritional therapy, it makes more sense to make use of an individual nutritional therapy that is subsidized by the health insurance companies than to rashly restrict the diet and let an app choose suitable foods.

“But of course it doesn't sell as well as books or apps,” says Lämmel.

Experts now estimate the market for these apps at over $ 60 billion worldwide.

In Germany alone, there are over 100,000 health apps available for download, from step counters and water trackers, to diet planners and calorie counters, to special offers such as the food detective from founder Noack.

Because far more people think they are sick than they ultimately are.

Example of intolerance: According to a survey by the Pronova BKK company health insurance fund in 2018, 20 percent of men and 30 percent of women say they suffer from food intolerance.

There is, however, a large gap between perception and reality.

According to the DAAB, celiac disease, i.e. gluten intolerance, only occurs in around one to two percent of German citizens.

Lactose intolerance, on the other hand, is quite common, with around 15 percent of those affected.

According to the DAAB, only two to four percent of adults and four to eight percent of children have a real food allergy.

And these numbers have been relatively constant for many years, as association representative Lämmel describes.

Nevertheless, even without medical necessity, many consumers are increasingly turning to so-called “free from” products that contain no gluten, no lactose or no fructose, for example.

"The fact that such products exist is very important for those affected," says Lämmel.

But using them because it is supposedly hip could be dangerous.

“We have an increasing number of children in office hours because they have deficiency symptoms,” Lämmel describes.

In addition, more and more people suffer from intestinal complaints, because simply exchanging food for “free from” food is not effective and can do more harm than good to the intestine.

Approval has also come from the German Nutrition Society (DGE).

For those affected, the growing range of specialty foods is an advantage.

"They have no proven health benefits for anyone else," writes the organization in its 13th Nutrition Report.

Sometimes they could even be harmful to people without food intolerances.

HealthMe meanwhile sees itself as a partner for those affected.

“That is our origin,” says founder Noack.

In addition, new functionalities are also conceivable in this context.

For example, Noack thinks in the direction of allergy tests and is therefore already in talks with doctors, health insurance companies and other possible partners from the medical sector.

It should also be possible to enter clinical pictures into the user profile beforehand so that they can also be taken into account in the evaluation. 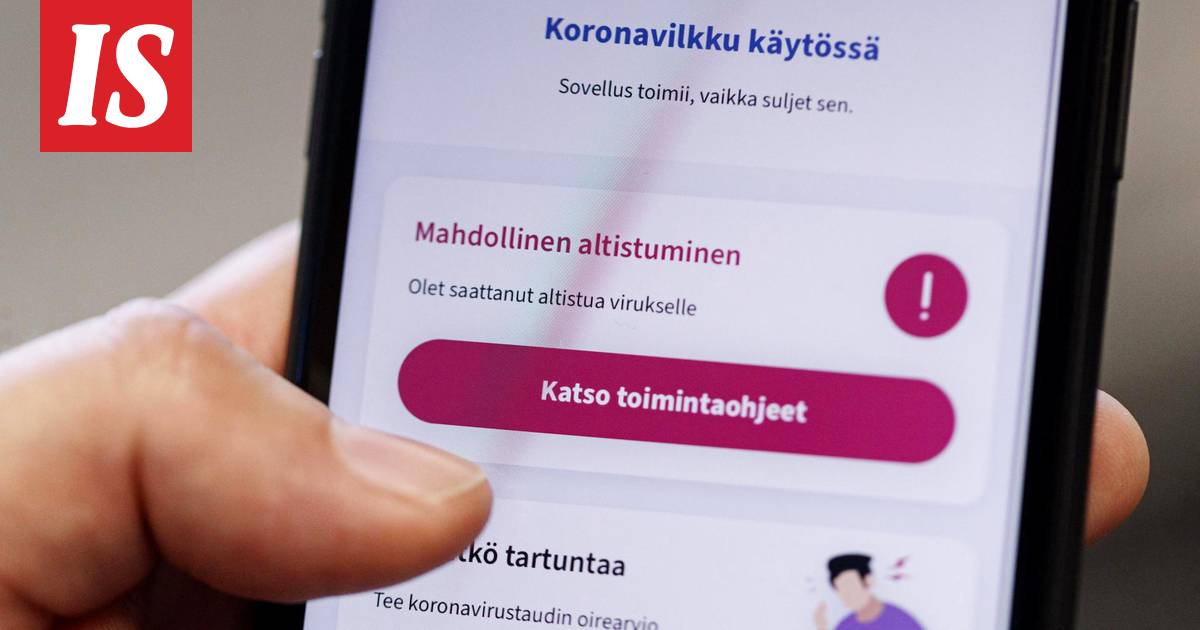 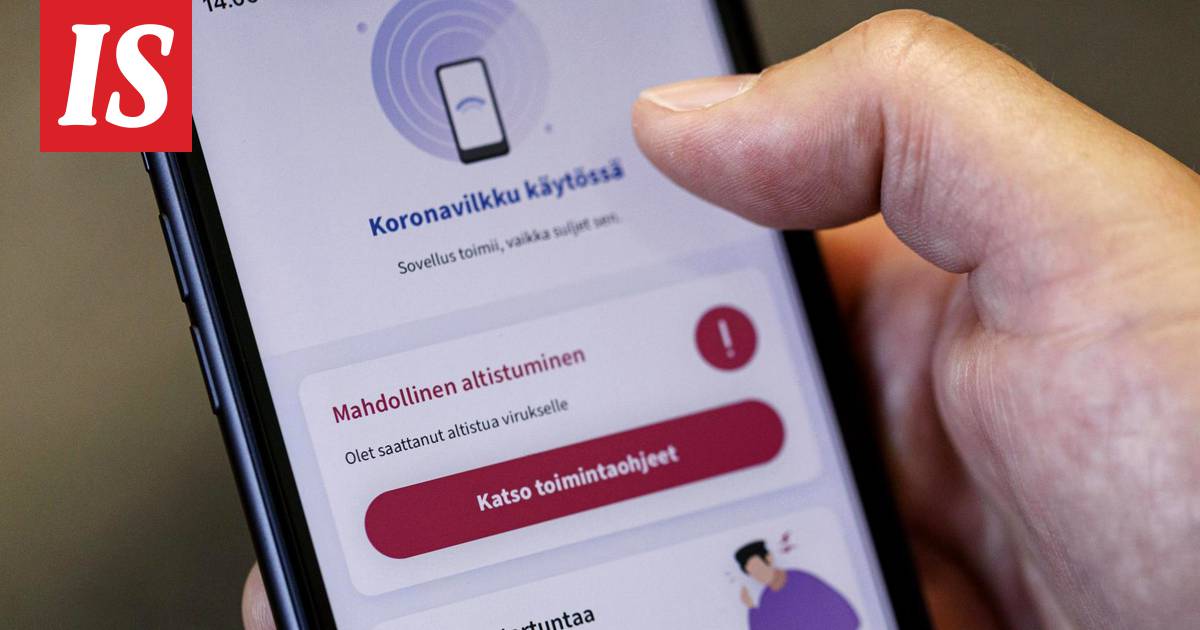 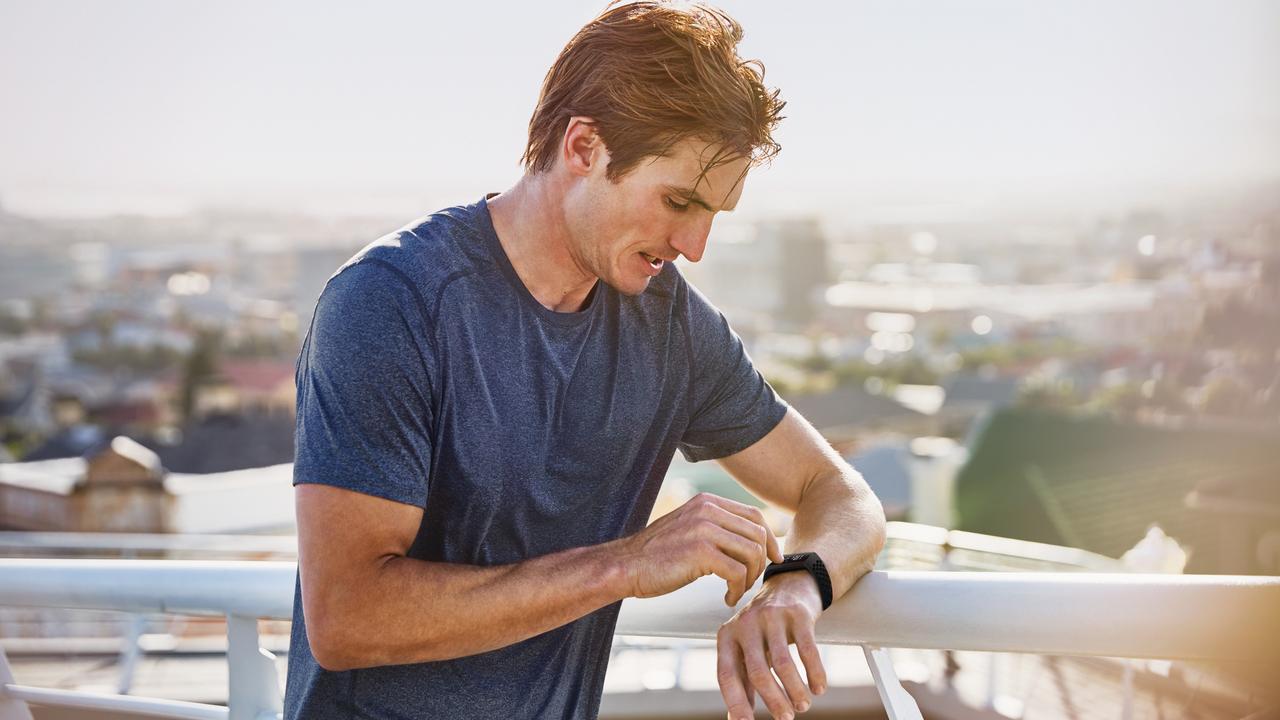 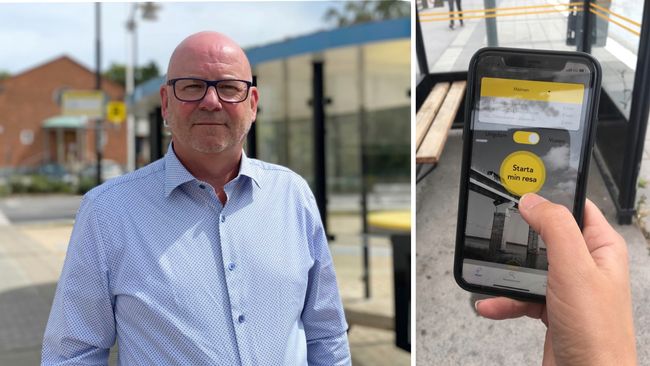 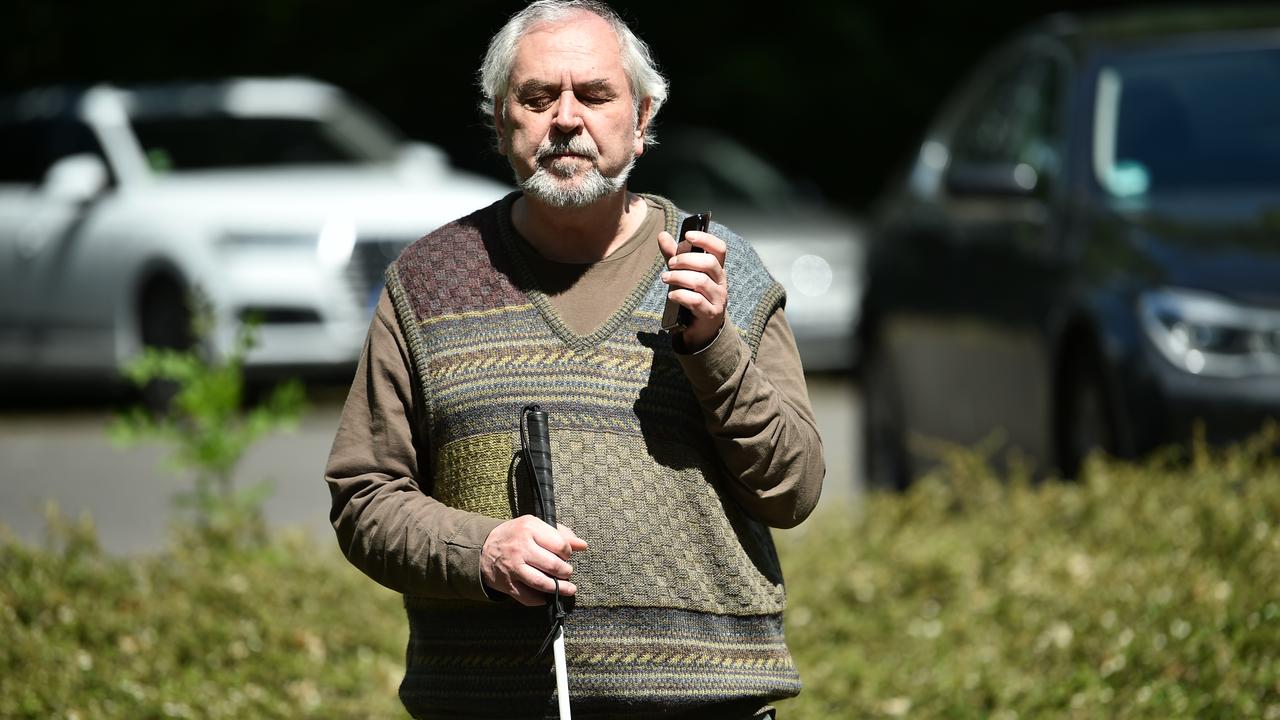 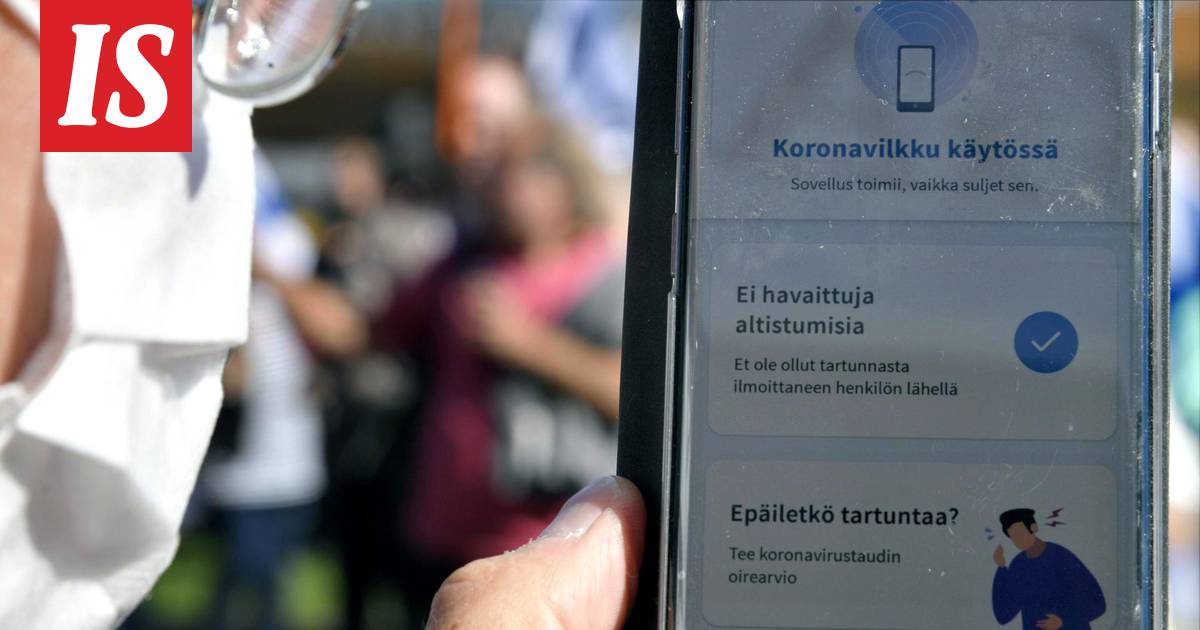 News/Politics 2020-09-07T10:47:27.876Z
There is a big misconception associated with corona flashing - it does not sound when there are sick people nearby 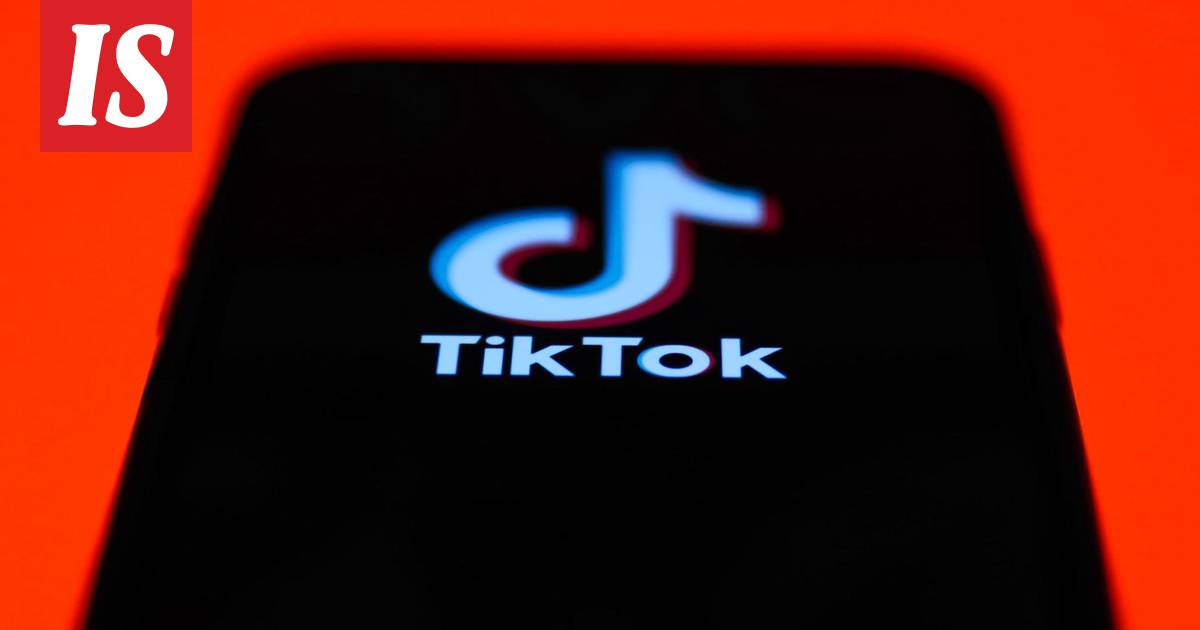 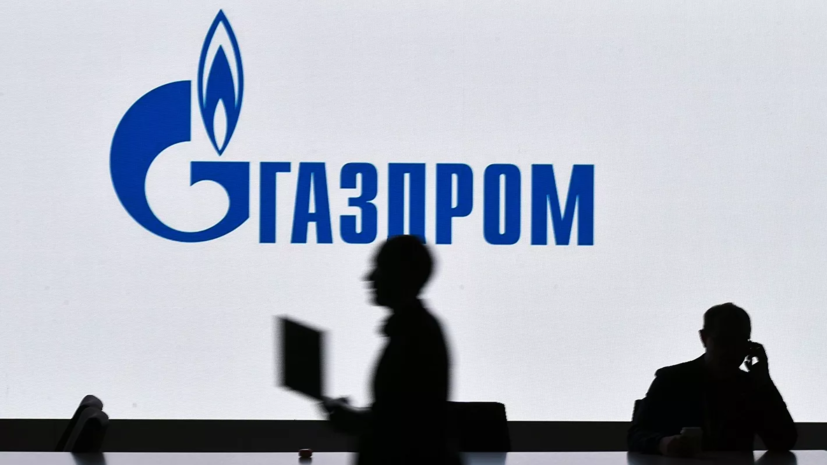