The German e-flying taxi manufacturer Lilium is considered a flagship start-up in the aviation industry. Thanks to a sensational personality and the 3-year goal, expectations are now huge. However, the placement in the industry index reveals the great risk of failure. 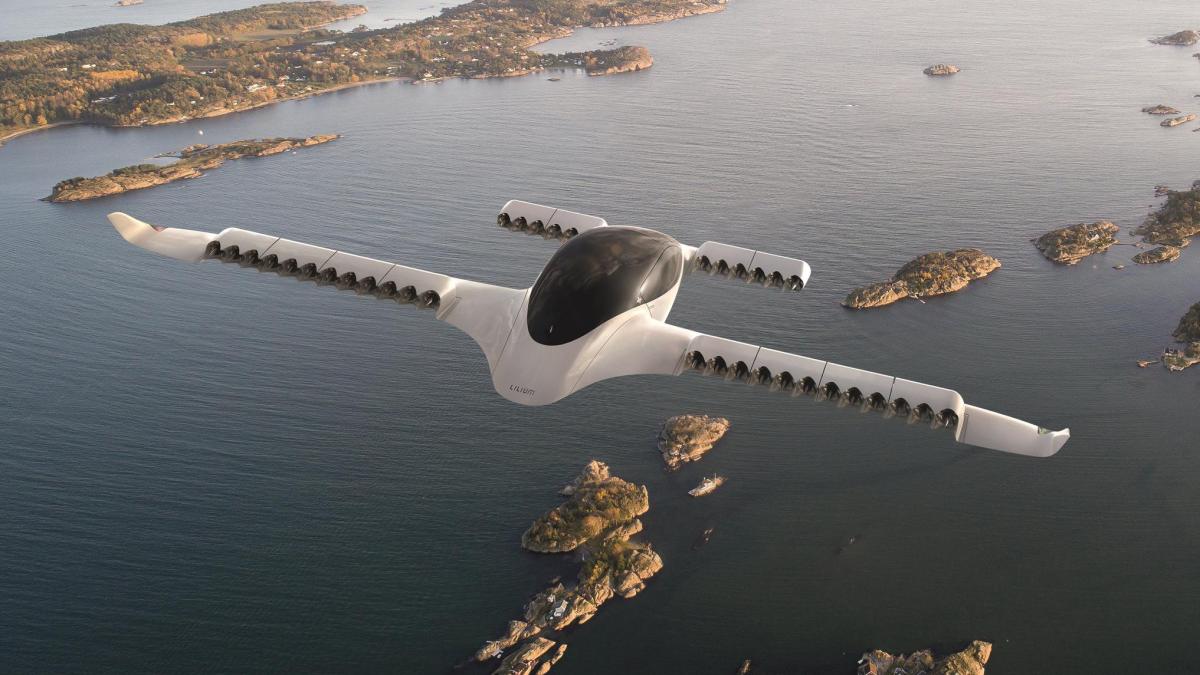 Tom Enders knows both variants from his time as Airbus boss: That predictions about flight models are kept, but also years of delays, cost increases, technical problems, as in the beginning with the military transporter A400M.

At Lilium, the 62-year-old wants to signal that he believes in the success of the young company, while critics keep finding new food.

After the fire of a test model, there have been no more flight tests for almost a year.

This did not prevent the 35-year-old company founder Daniel Wiegand from recently naming even more ambitious timelines for the market launch and further development.

As early as the end of 2023, i.e. in three years, the first series aircraft should be approved for one pilot plus four passengers.

In order to achieve this goal, according to WELT research, there was the biggest structural change so far behind the scenes at the young company, which has rented a building at Oberpfaffenhofen Airport just outside Munich.

The entire development and production of the models including assets, patents and associated employees was outsourced from Lilium GmbH to the new Lilium eAircraft GmbH as a subsidiary.

At its head is the 56-year-old ex-Airbus production specialist Dirk Gebser.

The start-up is thus creating a holding structure like a large corporation, although not a single model has flown manned so far.

Competitors in the air taxi industry of the future are already further ahead.

For example, the German competitor Volocopter and the Chinese manufacturer EHang, which already offers autonomous tourist flights in Hong Kong.

Technology and risk investors have already invested almost 400 million euros in the German air taxi project Lilium, and the company now has around 700 employees.

However, the money invested so far is nowhere near enough.

The same amount is required again until the start of series production.

Lilium must therefore continue to set lofty goals in order to keep the vision of success alive.

The company is advancing to currently the largest bet in aviation.

This is how Volocopter and Lilium want to conquer the sky

Several companies around the world rely on the development of mini airplanes and helicopter-like flying objects.

In Germany, the start-up company Volocopter and Lilium are among the pioneers.

The company relies on a special business model.

The models should fly at up to 300 km / h not on short distances, but for distances of up to 300 kilometers.

A kind of ICE of the air.

Lilium not only wants to produce the models, but also to operate as a flight service provider.

But until then there are still hurdles.

Lilium needs various approvals from Europe's supervisory authority EASA, both for the company and the models.

Simply building flying taxis and transporting passengers is not possible.

Against this background, it is said that the outsourcing of our own production company makes sense.

It is remarkable that the balance sheet total of the now outsourced Lilium eAircraft amounts to over 88 million euros.

The largest item with a good 90 percent share is the “internally generated intangible assets” in the fixed assets, according to the balance sheet that WELT is available.

Lilium probably set its production costs as a value in the development phase.

The thorough and time-consuming approval procedures of the EASA could therefore become a test of patience for those involved.

Flight tests must be completed.

Whiz through the air at 300 km / h on battery power and 36 electric jet motors is not a trivial matter.

For example, evidence must also be provided that a bird strike can be managed without endangering life.

As far as is known, the first models will initially not have a pressurized cabin and will therefore not be able to operate at great heights.

No matter how much imagination the Lilium boss can develop, there would be no commercial operation without the green light from the authorities.

In industry circles, the ambitious schedule outlined by Wiegand is therefore viewed with great skepticism.

"In 2024 the first paying customers will enjoy our service, in 2025 we want to be operationally represented in several markets", Wiegand told the "Frankfurter Allgemeine Zeitung".

It is known that a model variant for one pilot plus four passengers is being developed first.

But that's just the beginning.

Wiegand speaks of scaling, i.e. everything is bigger.

The next step is then a 15-seater.

Full-blown e-aircraft, as discussed in the industry, would then have 50 or 60 seats.

The more Wiegand develops fantasies about the future, the more doubts he arouses.

For example with the aviation expert Professor Mirko Hornung from the Technical University of Munich.

Critics speak of a big announcement bubble that could burst because air taxi models are being worked on worldwide, but certainly not all of them will be successful.

In an air taxi industry index for passengers and freight by the US consulting agency SMG Consulting, which includes the chances of realization, success and certification, Lilium only appears in 13th place.

At the top are EHang (China) and Joby Aviation (USA).

Even the Air Taxi from Airbus, which was once supported by Enders, is in ninth place, ahead of Lilium.

In order to appease critics, Lilium can use renowned personalities.

When Enders moves into the board of directors, he will meet names like the Swedish billionaire, software specialist and Skype founder Niklas Zennström, the German entrepreneur and technology investor Frank Thelen and David Wallerstein, technology key manager at the Chinese technology group Tencent, which also invests in Lilium Has.

Chairman of the board of directors is and will remain CEO Wiegand even after Ender's entry.

In a blog post, the former Airbus boss shows his sympathy for the company, its optimistic mood and the technical solutions.

“When Lilium CEO Daniel Wiegand asked me a few months ago whether I would accept an appointment to the Lilium Board, I didn't have to think twice,” writes Enders.

“Like hardly any other airline company in Europe, Lilium stands for a fresh pioneering spirit, for a courageous departure into uncharted territory.

This kind of pioneering spirit, innovation and entrepreneurial courage have always fascinated me, ”says the ex-Airbus boss, who is also on the Lufthansa Supervisory Board.

Enders: Admission is not a problem

He does not see the EASA approval as a problem.

Probably no other aviation start-up has worked so closely with the approval experts in recent years.

Enders also has no concerns about the noise pollution from the 36 electric jet drive motors.

The jacketed turbines are quieter than open propellers.

Enders also sees an opportunity to transfer Lilium's technical solution to larger models than those with four passengers.

However, it will cost hundreds of millions again.

In the past three years, 400 million euros have already been collected from investors.

Several hundred jets are to be produced per year.

“Going public after entering the market is part of Plan A,” says Wiegand.

The stock market could be tapped, for example with a second aircraft program.

The previous investors have so far stayed on board.

In industry forums, there is speculation that Lilium could soon go public with the ideas of the new chief financial officer Geoffrey Richardson from the USA indirectly via financial vehicles.

It is said that he will play on the keyboard of the financial markets.

In order to raise money on the stock exchange, you need good news.

After a long break, a Lilium Jet will take off again in spring.

That would be the urgently needed new pictures.