31 provinces CPI released in December: 9 land prices have dropped, is there your hometown?

China-Singapore Jingwei Client, January 13th (Xiong Siyi) The National Bureau of Statistics announced on the 12th the Consumer Price Index (CPI) of 31 provinces in December 2020. The data shows that the CPI of 21 provinces rose year-on-year in December, and Tibet was the province with the largest increase. 1.2%; CPI of 9 provinces has a negative year-on-year growth for two consecutive months, an 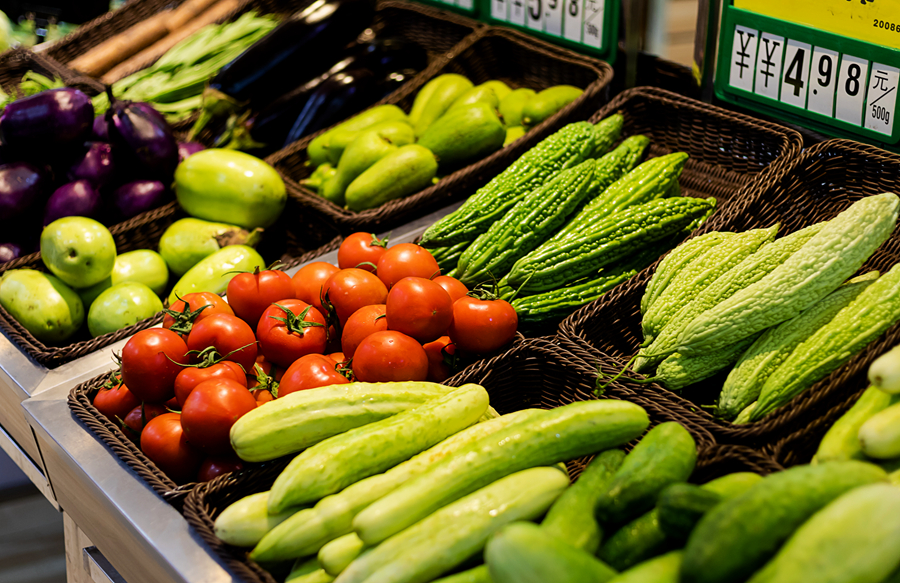 China-Singapore Jingwei Client, January 13th (Xiong Siyi) The National Bureau of Statistics announced on the 12th the Consumer Price Index (CPI) of 31 provinces in December 2020. The data shows that the CPI of 21 provinces rose year-on-year in December, and Tibet was the province with the largest increase. 1.2%; CPI of 9 provinces has a negative year-on-year growth for two consecutive months, and Hainan's decline of 1.6% once again led the country.

According to data released by the National Bureau of Statistics, the CPI rose 0.2% year-on-year in December.

Specifically, the CPI rose in 21 provinces in December, and 17 provinces including Tibet, Shanxi, Zhejiang, Qinghai, and Gansu increased more than the whole country. Among them, Tibet's CPI rose the most, ranking first in the country with a 1.2% increase.

Hainan once again became the province with the largest decline, with a decline of 1.6%, but the decline has narrowed to 1.9% in November.

According to the analysis of the National Economic Research Center of Peking University, there are two main reasons that led to the year-on-year increase in the national CPI in December: one is that extreme weather reduced food supply and increased food prices, which in turn promoted the increase in CPI growth; the other reason was cost. The price increase has caused pork prices to rise again.

In addition, the month-on-month national CPI also turned from a decline to an increase in December.

The National Bureau of Statistics pointed out that from a month-on-month perspective, food prices changed from a 2.4% drop in November to a 2.8% increase in December, which affected the CPI increase by about 0.62 percentage points.

Will the price increase of meat and vegetables continue?

Li Chao's team, chief economist of Zheshang Securities, pointed out that since the beginning of winter, affected by the La Niña incident, the country has suffered multiple rounds of cold polar air from the south.

The cold winter has given rise to expectations of reduced production and demand for stockpiling, and the prices of fresh vegetables and pork have risen significantly.

Li Chao’s team believes that the La Niña incident has the most significant impact on the price of fresh vegetables. First, cold weather and drought conditions will have a negative impact on the production of fresh menus; second, transportation costs during cold winters will increase significantly; third, fresh vegetables have a longer shelf life Short, lack of inventory to cushion the pressure of supply contraction, prices are likely to rise quickly, and form support for CPI food items for 2-3 months.

The La Niña incident has also had a significant impact on pork prices, but Li Chao's team believes that from a mid-to-long term perspective, the certainty of supply rebound will push the logic of pig prices into the downward channel unchanged.

"The pig cycle in 2021 will truly enter the second half...pork prices may fall to around 30 yuan/kg at the end of 2021", Zhang Yu, chief macro analyst at China Chuang Securities, made a neutral forecast.

Zhang Yu and others believe that high seasonal demand at the end of the year can only push up pork prices in the short term.

"It is expected that after the Spring Festival in 2021, the demand will fall, and the price of pigs will naturally enter the downward channel again."

Wen Bin, chief researcher of China Minsheng Bank, pointed out that China’s CPI is still dominated by changes in food prices. Although the end of the year is approaching and dislocation factors may cause a certain disturbance to the CPI, the base effect has also risen to the highest point last year. It is expected that the CPI will increase in 2021. Keep it mild.

Huang Wentao, chief analyst of China Securities Investment Corporation's macro fixed income, predicts that in January due to the peak consumption season before the Spring Festival, food prices will continue to rise, but the high base effect will make the CPI negative again, and then fall again after rising in the second quarter. Inflation throughout the year was moderate, averaging around 1%.

Hua Changchun, global chief economist of Guotai Junan Securities Research Institute, believes that inflation in 2021 will only be a repair price increase, and "re-inflation" will return moderately, and "high inflation" need not worry too much.