Software problems: payment of November aid fails due to embarrassment

The restaurateurs particularly affected by the Corona restrictions must continue to wait for the November aid. The payout start announced by Chancellor Merkel and the Prime Minister for the beginning of the week has been postponed. That is the reason. 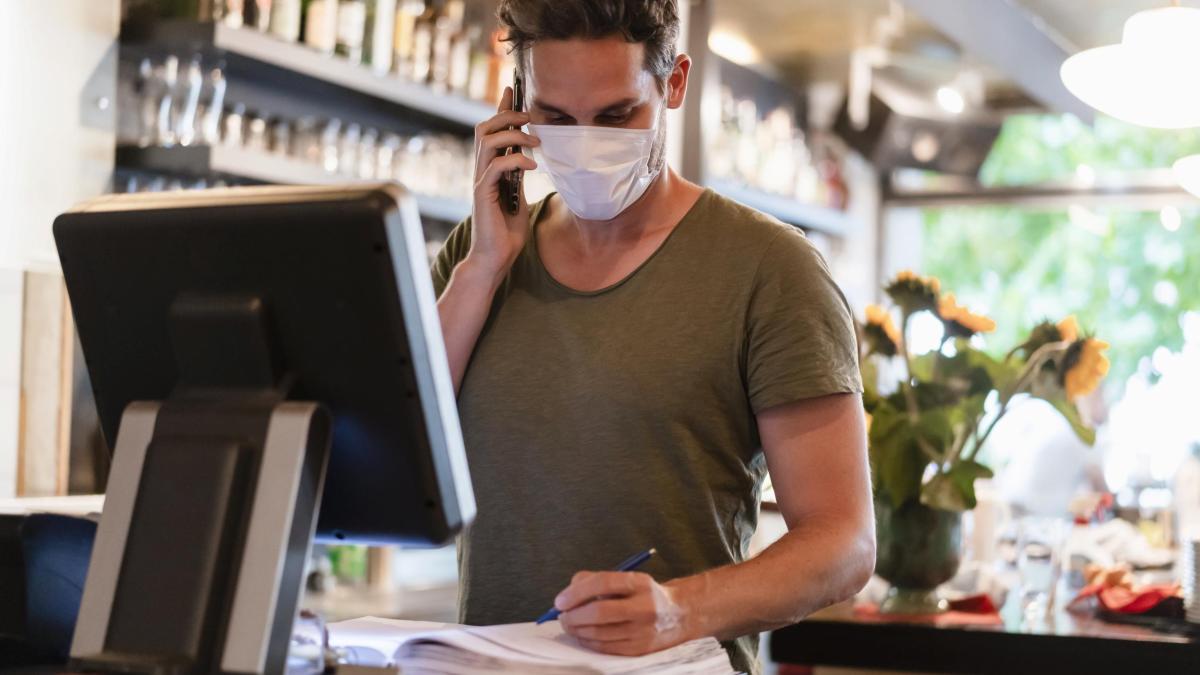 The payment of the November aid is delayed.

Actually, the responsible authorities in the federal states should have started examining and approving the applications at the beginning of the week, but according to information from WELT, the software required for this is still not available.

"Technical problems" that the federal service provider had not yet resolved were referred to in the Länder.

Last week, Chancellor Angela Merkel (CDU) and the Prime Ministers announced that the aid was imminent.

"The full disbursement of the November aid requested by the federal states will be made by January 10, 2021 at the latest," according to a joint resolution.

Now restaurants, leisure and cultural institutions, which have been particularly hard hit by the restrictions since the beginning of November, must continue to wait for the full aid payments.

The Federal Ministry of Economics confirmed the postponement of the payout start on request.

It is assumed, however, that the start will be "not significantly delayed," said a spokeswoman, without giving a specific date.

No aid was paid until early Monday afternoon.

Applications with a volume of 4.5 billion euros

The federal states have not yet had any.

The Rhineland-Palatinate Investment and Structural Bank was optimistic that it could actually start in the course of the week.

"The payments beyond the installments should be possible for the licensing offices of the federal states in the course of week 2," said the institute.

Since November 25, companies affected by the closings can apply for assistance amounting to 75 percent of the previous year's turnover.

The respective federal states are responsible for checking, approving and paying out the requested sums.

Since it was foreseeable early on that the programming of the necessary software tools would take time, the federal government has already made the first down payments.

The advance amounts are up to 50 percent of the application amount, but no more than 50,000 euros per applicant.

For self-employed individuals, the maximum down payment is 5000 euros.

According to the Federal Ministry of Economics, applications with a volume of 4.5 billion euros have so far been submitted for November aid, with the advance payments made totaling 1.33 billion euros.

This means that the volume of applications has so far fallen short of expectations of around 15 billion euros.

The volume of applications for December aid has so far been 1.5 billion euros, of which 640 million euros have been disbursed.

Applications run on the platform www.ueberbrueckungshilfe-unternehmen.de.

Self-employed persons can apply for up to 5000 euros directly - provided they have an ELSTER certificate and can therefore be clearly identified.

All others must have the application made by a tax advisor, auditor or lawyer.

The November aid can be requested until January 31st, the December aid until March 31st.