In November last year, the total export volume and growth rate of small and medium-sized foreign trade enterprises in Taizhou, Zhejiang hit a new high this year   Foreign trade exports quickly stabilized (build a new development pattern, look at foreign trade from the front line)   Core reading   In 2020, my country's foreign trade will overcome the adverse effects of the epidemic and is expect

In 2020, my country's foreign trade will overcome the adverse effects of the epidemic and is expected to achieve the goal of "promoting stability and improving quality" throughout the year, demonstrating my country's economic resilience.

In Taizhou, Zhejiang, a number of local policies have been issued to support foreign trade companies to secure orders, expand markets, and promote rapid export stability.

From here, we can see that the country's foreign trade continues to develop well.

"The foreign trade list has been queued to March and April. In the past few days, foreign customers continue to call, busy!" As the distributor responsible for the sales of Zhejiang Taizhou Zhengli Motor Co., Ltd., Xie Yong clearly felt that foreign trade was exported. Is quickly stabilizing.

Xie Yong and his family are not the only dealers rushing around in Taizhou.

Recent statistics from Taizhou Customs show that in the first three quarters of 2020, the export growth rates of small and medium-sized foreign trade enterprises (with an export scale of less than 100 million yuan) in Taizhou were -20.3%, 0.6% and 1.9% respectively.

After experiencing a sharp decline in the first quarter and stabilizing in the second quarter, the third quarter has steadily recovered, and in November, the total export volume and growth rate reached a new high in 2020-exports of 8.99 billion yuan, an increase of 49.6%.

Orders are growing rapidly and foreign trade continues to improve

While going to the production workshop to keep an eye on the progress, I also need to contact foreign agents to inform about the order progress. Recently, Dai Hongjun, the agent responsible for the sales of automobile shock absorbers in Sanmen County, Taizhou City, has been very busy.

Every two or three days, foreign distributors contact Dai Hongjun via email or video, asking him to give feedback on market customer needs.

"We have distributors in more than 100 countries and regions such as Europe and the United States. In order to let them know the production status of orders at the first time, the company specially opened a 24-hour service hotline to provide order inquiry services." Dai Hongjun told reporters, "July 2020 From the beginning, companies’ foreign trade orders have increased. Since August, it has basically maintained an increase of about 50% every month! Now, the orders we have received have been scheduled for a few months."

According to Zheng Jing, the business manager of the company’s foreign trade business, “Since July and August last year, old customers have begun placing orders for the end of the year. Over the past few months, the order has been placed in the first and second quarters of 2021.”

During the interview, many distributors said: Based on the sales performance of the whole year in 2020, the rebound in foreign trade at the end of the year has made up for the gap in the decline in performance at the beginning of the year. "In terms of the situation for the whole year, it is basically the same as in previous years."

Regarding the rapid recovery of foreign trade business, dealers believe that the overall situation is due to the major achievements in domestic epidemic prevention and control and the rapid resumption of work and production.

It is understood that in recent months, the Taizhou Office of the Zhejiang Rural Credit Cooperative has granted loans of over 3.6 billion yuan to foreign trade companies in the city.

Jin Shijiang, the main person in charge of the Taizhou office, said: "Recently, the financing needs of many enterprises and distributors have been soaring. We have launched the "Customs and Trade E-loan" business. The distributors can use the export declaration form as the basis for the loan. The application is very enthusiastic."

In the past six months, Li Yifang's biggest feeling has been the change in business negotiation methods.

In the past, Li Yifang often flew around in the sky, went to various places to talk face-to-face with customers, and then finalized contract orders.

Now, his method of negotiation has shifted from offline to online, using the Internet to conduct business negotiations.

"Online interviews are convenient and quick, without losing sincerity."

Taizhou helps foreign trade companies expand markets, grab orders, and reduce the impact of the epidemic on all aspects of distribution through methods such as "cloud display", "cloud negotiation" and "cloud docking".

In addition to making good use of new business models and new models, Taizhou has also successively launched a set of measures to stabilize foreign trade.

Taizhou has established a special coordination mechanism and set up special export classes to coordinate all export-related tasks.

Recently, the local government has also introduced a number of measures, starting with smooth sales, optimizing customs clearance, and credit insurance support to boost the development of foreign trade.

The governments of all counties (cities, districts) in Taizhou jointly set up a small and micro enterprise government unified insurance platform. As long as the enterprise or distributor insures with a policy-based export credit insurance company, they can enjoy a discount of more than 30% of the insurance premium rate during the policy life in 2020 .

How has Taizhou implemented financial support?

The reporter learned from the central branch of the People's Bank of China in Taizhou: From the “extension” of loans for small and medium-sized enterprises to the implementation of the credit loan support program, Taizhou has issued a total of RMB 48.348 billion in loans to 1,069 small and medium foreign trade enterprises in 2020.

In terms of the efficiency of bank loan review, the advantage of blockchain "document cross-verification" has been fully utilized, and the speed has been increased from 3 to 7 days to 1 day, greatly improving the financing convenience of foreign trade enterprises.

Stabilizing, stabilizing, picking up... Supported by a series of policies to stabilize foreign trade, Taizhou's small and medium-sized foreign trade enterprise's export growth rate has turned positive for the first time in June 2020, which opened the prelude to the rapid recovery of foreign trade throughout the year.

“There are many foreign trade orders, and the working capital for purchasing water pumps from suppliers is not enough.” In Daxi Town, Wenling City, Chen Lubin, the head of Taizhou Fanglianbao Import & Export Co., Ltd., has been engaged in water pump distribution for more than 10 years.

Recently, foreign trade has picked up and export volume has risen sharply, making him feel pressured by funds.

A few days ago, when Chen Lubin was worried, Xie Jun, the customer manager of the Wenling branch of Agricultural Bank of China, who was carrying out the activity of "Serving enterprises, serving the masses and serving the grassroots" ("Three Services" activities), came to the company.

After learning about the company’s difficulties, the Wenling branch of the Agricultural Bank of China provided a low-interest loan of 1 million yuan to the company, which solved Chen Lubin’s urgent need.

The "point-to-point" development of the "three services" has helped foreign trade pick up. At present, various departments in Taizhou are carrying out services for foreign trade enterprises and foreign trade dealers.

In Jiaojiang District, district leaders recently visited a number of companies, had discussions with business owners and distributors, and worked on site to solve problems.

Some dealers said: "Recently, the company's product exports have grown rapidly, but the containers used for transportation are relatively tight." After the problem was raised, it was resolved through consultation on the spot.

"The current'three services' work is very timely, like our pillow when we are dozing!" During the interview, Zhu Xuanhui, general manager of Zhejiang Kende Electromechanical Co., Ltd., located in Luqiao District, was recognized by the entrepreneurs present.

Many business owners and distributors said that because various problems in distribution have been solved in the "three services", the goods can be exported smoothly, which has played a boosting role in the recent rebound in foreign trade.

What other measures are there to promote the continued recovery of foreign trade?

The person in charge of the Taizhou Municipal Party Committee stated that in the next step, we will continue to strengthen the operation mechanism of the special class for foreign trade exports and deepen the "three services". While making full use of various policy tools and implementing policies, we will continue to deepen trade support and help enterprises. Avoid trade risks and promote stable and positive development of foreign trade. 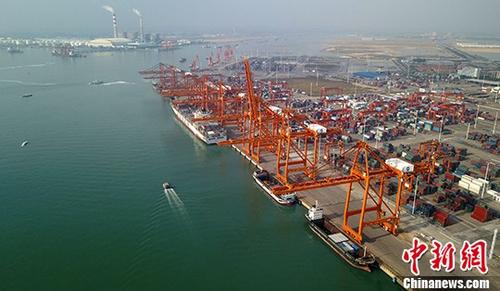 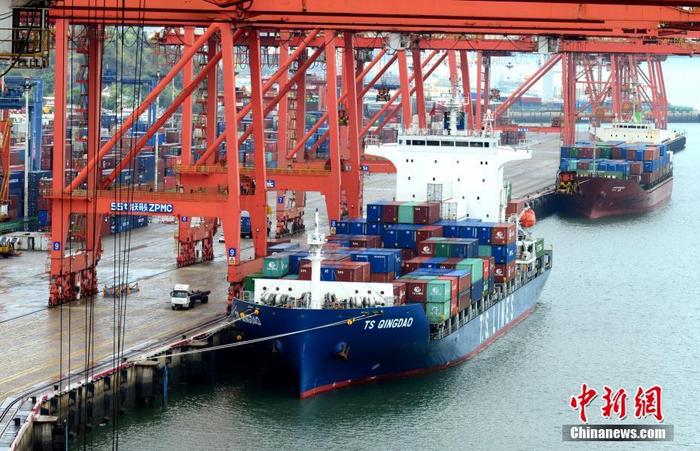 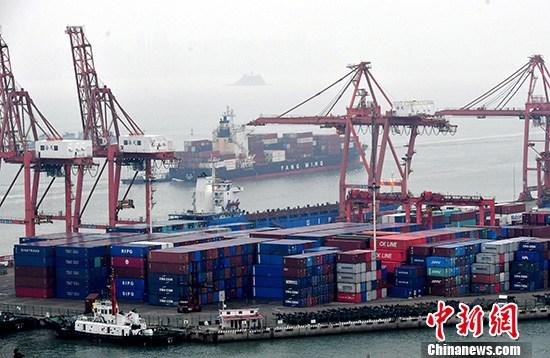 Business 2020-07-17T08:42:04.442Z
Ministry of Commerce talks about the operation of foreign trade in the first half of the year: General trade shows strong resilience Business 2021-02-26T08:46:36.640Z
Ministry of Transport: As of the end of January this year, a total of 3.086 million online car-hailing driver licenses have been issued nationwide-Chinanews.com 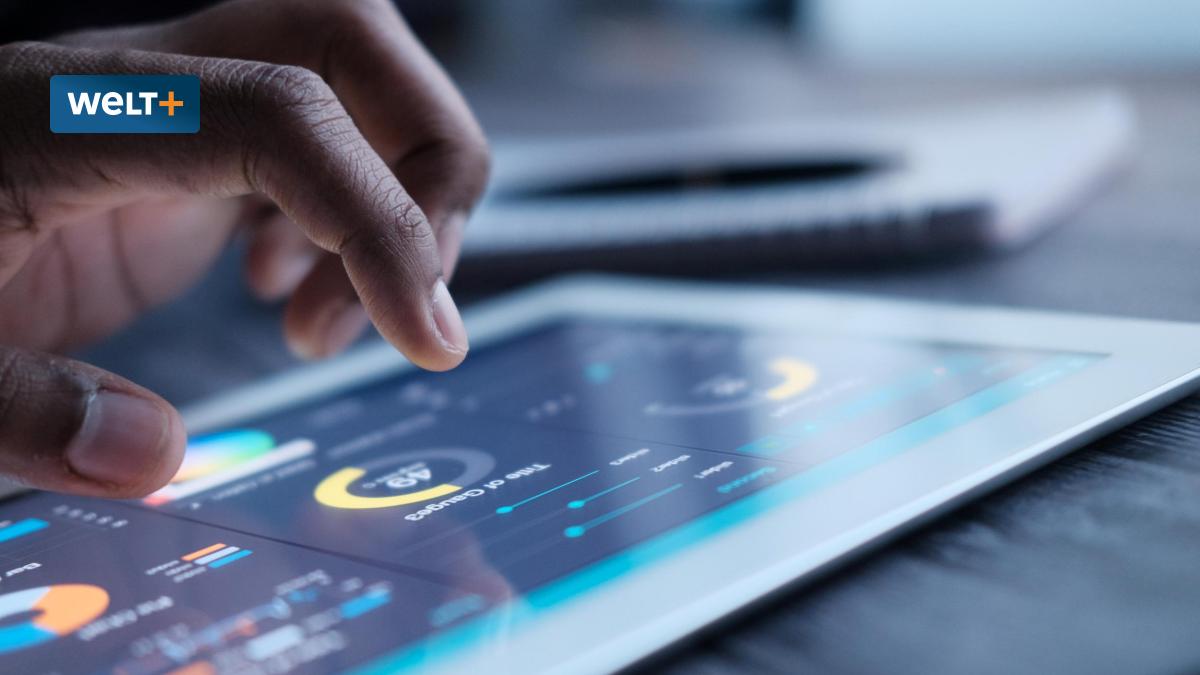 Business 2021-02-26T08:35:50.760Z
Related departments and bureaus of the Ministry of Natural Resources: Increase the supply of residential land and fully disclose information
Business 2021/02/26