1.7 million seats on flights in "Dubai International" within 4 weeks

The International Corporation, which provides data for airports and airlines, "OAG", revealed that the total seat capacity on international flights through Dubai International Airport reached more than 1.73 million seats during the holiday travel peak, especially in the period from December 14 to last year. 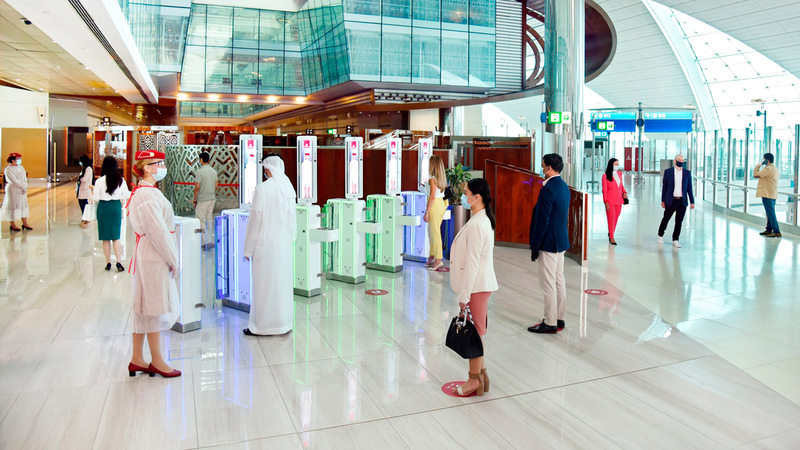 1.7 million seats on flights in "Dubai International" within 4 weeks

OAG, the international provider of airport and airline data, revealed that the total seat capacity on international flights via Dubai International Airport reached more than 1.73 million seats during the holiday travel peak, especially in the period from December 14 to the fourth. From this January.

The corporation stated that 65 international airlines operated scheduled flights at the airport during December, noting that Emirates Airlines acquired the largest part of the seat capacity during that period.

In detail, statistics issued by the international organization providing airport and airline data, "OAG", showed that Dubai International Airport recorded a continuous growth in increasing the seat capacity on international flights departing in recent weeks, with the various airlines operating at the airport resorting to increasing the volume of their operations. Especially "Emirates Airlines" and "Fly Dubai", which account for the bulk of the scheduled flights traffic.

According to data sent by the corporation to Emirates Today, the total seat capacity on flights during the four-week period from December 14 to January 4 reached more than 1.73 million seats during the holiday travel peak, with continuous growth rates every week. Compared to the previous week.

According to the data, about 65 international airlines operated scheduled flights to Dubai International Airport, the largest international air transport crossing in the world, last December, with a noticeable increase compared to the number of carriers that resumed operations to the airport during the first months of the reopening with the application of new air travel protocols.

Statistics showed that Emirates Airlines acquired the largest part of seat capacity during the period from December 14 to the fourth of January, with about 961,000 seats, followed by Fly Dubai with 424,000 seats, and the Air India company. Express »with about 53 thousand seats in the first three.

The Dubai Airports Corporation had expected a significant increase in traffic through Dubai airport during the period from the first to the seventh of January 2021, as its forecast indicated that about 545 thousand passengers used the airport, including 78 thousand on the second and third of January, the peak travel for this period.

Dubai Airports reported that, last December, passenger traffic through Dubai International Airport recorded its highest rates since the start of the Corona pandemic, pointing out that the airport serves thousands of passengers daily, in addition to "transit" passengers.

«Emirates» accounted for the

amplitude, between December 14 fourth of January, B961 thousand seats.