The production cut raises oil prices to an 11-month high

Oil prices continued to rise yesterday, bringing Brent crude closer to levels it had not reached in 11 months, after Saudi Arabia surprised the markets with a significant reduction in its crude production. Brent crude rose in March settlement by 1.1% to $ 54.2, after a jump. The day before yesterday, by 4.9%. Also rose 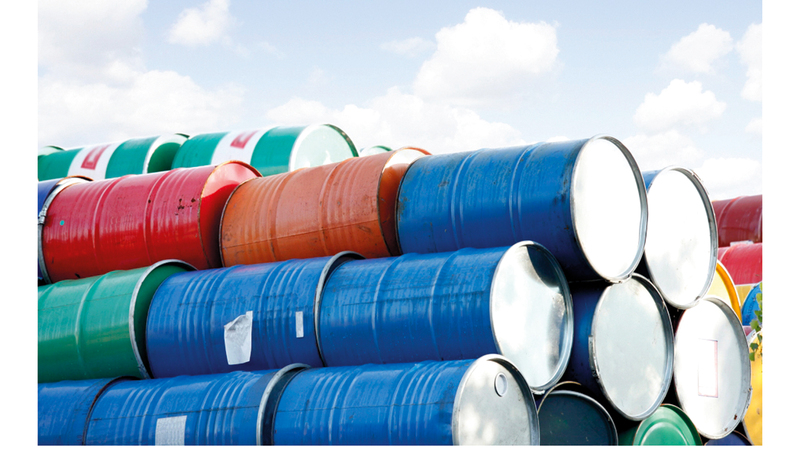 The production cut raises oil prices to an 11-month high

Oil prices continued to rise yesterday, bringing Brent crude closer to levels not reached in 11 months, after Saudi Arabia surprised the markets with a major cut in its crude production.

Saudi Arabia pledged to reduce its crude production by one million barrels per day in February and March, while imposing more closures in a number of countries to contain the outbreak of the Corona virus.

In addition, ship tracking data from "Refinitiv Icon" and an informed source said that the Indian Oil Corporation, the largest refining company in the country, had loaded its first shipment of the new Iraqi medium Basra crude, which was introduced this year.

The data revealed that the Corporation carried the shipment on board the ship "Minerva Calypso", which left the port of Basra in southern Iraq, on the fourth of January.

The ship is expected to arrive at the port of "Chennai", located in southwestern India, for the "Chennai Petroleum" company, which is affiliated with the corporation, on the 14th of this month.

An informed source said, "Starting this year, the Indian Oil Corporation will receive all three grades: Basra Light, Basra Medium and Basra Heavy, based on availability with the supplier," adding that the shipment of one million barrels of Basra Medium crude will go to the "Chennai Petroleum" company. , Affiliated to the institution.

In addition to "Chennai Petroleum", the Indian Oil Corporation controls a third of India's refining capacity of 5 million barrels per day.

The company said, in a statement: "(Chennai Petroleum Corporation) buys Basra light and heavy crude from Iraq, and recently Basra medium crude was bought for the first time, and this is after SOMO was introduced, to this degree, to the market for the first time."

Iraq boosted its exports of Basra crude by introducing the new grade, after the Organization of the Petroleum Exporting Countries (OPEC) and its allies agreed to increase production by 500,000 barrels per day in January.

The analysis company, Kepler, said: “(Basra Medium) contributes to bridging the gap of global heavy crude shortage, due to sanctions on Iran and Venezuela, reduced production in Colombia and Mexico and quotas (OPEC Plus).

Saudi Arabia pledged to cut its crude production by one million barrels per day in February and March.