Data from websites specializing in hotel reservations showed that hotel establishments operating in Dubai achieved high occupancy rates on the night of the New Year (New Year), confirming the depletion of more than 95% of the hotel rooms available on their sites in nine regions in the emirate, while hotels registered 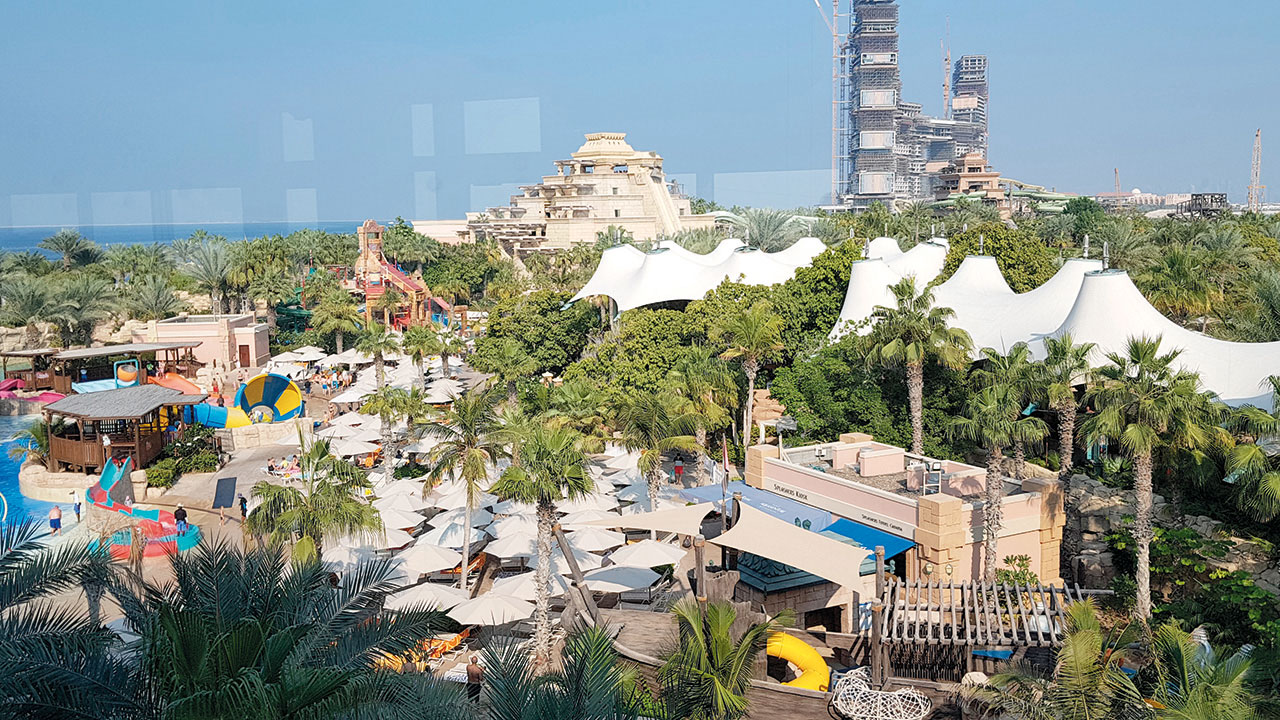 According to data from websites specialized in hotel reservations

Data from websites specializing in hotel reservations showed that hotel establishments operating in Dubai achieved high occupancy rates on the night of the New Year, confirming the depletion of more than 95% of the available hotel rooms on their sites in nine regions in the emirate, while the classified hotels recorded from Five-star category The highest rate for reservations, especially beaches or those located in lively areas.

According to data from reservation companies, including the website "Booking.com" and "Agoda.com", nine regions recorded, throughout this December, high reservations, especially in conjunction with the Christmas period, indicating that about 99% of the rooms available on their sites in Each of "Jumeirah Beach Residence", "Palm Jumeirah", "Dubai Marina", compared to the depletion of about 98% in the areas of "Downtown Dubai", "Dubai Creek" "Al Barsha", "Festival City", and 97% for "Street" hotels Sheikh Zayed, "Dubai Trade Center," recording slightly lower rates in other regions.

According to Agoda.com data, 83% of hotel establishments in Dubai, available on its website for New Year's Eve, have been booked, noting that 90% of five-star hotel establishments are booked, at a time when beach hotels have the highest record. Rate of room sales during the occasion.

In addition, the regional director of "Hyatt Hotels Group" in Dubai, General Manager of the Grand Hyatt Hotel, Fathi Khojaly, said that the group's 17 hotel and hotel apartments facilities in Dubai record occupancy levels ranging between 90 and 100% during the night. New Year’s Day, stressing that «the performance that was recorded during this December, exceeded our expectations».

Khojaly revealed that “Park Hyatt Dubai recorded revenues that exceed the levels achieved last year in the same period, despite the circumstances of the (Covid-19) pandemic,” noting that these indicators have very positive repercussions. For the hotel sector in Dubai as part of the gradual recovery from the consequences of the pandemic.

He pointed out that hotel room rates in Dubai generally witness a significant increase during New Year's Eve, and this matter is subject to supply and demand equations, pointing out that recent reservations, especially those made in the few days preceding the occasion, have recorded record levels in terms of the cost of accommodation.

For his part, the head of the "Al-Abdi Holding Company for Tourism and Travel", Saeed Al-Abdi, said that the reservation movement, during this December, recorded its highest rates since the start of the pandemic, indicating that many establishments registered full reservations during the New Year occasion.

Al-Abdi said that the active tourism movement, during this December, comes with greater support from domestic tourism, in addition to international visitors as well, pointing out that most hotels maintain high occupancy rates until the first week of next January.

He stressed that the hotel market in the UAE has proven its ability to deal with the circumstances of this pandemic, and has maintained business continuity, to achieve an increasing increase in the volume of revenues.

And he indicated that the prices of recent hotel reservations recorded record high rates, especially for establishments located in vital or coastal areas, pointing out that the hotel sector is registering a continuous increase in the percentage of international visitors every month compared to the previous month.

For his part, Chairman of the Board of Directors of the "Vision Tourism Company", Ali Abu Manser, said that the hotel market is achieving high levels of occupancy, with the support of domestic tourism in the first place, unlike previous years, pointing out that the recent developments of the mutated Corona virus have cast a shadow over the proportion of Of reservations.

Abu Manser indicated that some reservations from the European market have been postponed or suspended due to recent developments, pointing out that although countries have not closed their doors, some travelers have experienced a state of anxiety under these circumstances.

He added that the closure of the borders for some neighboring countries was also reflected in the percentage of reservations for international visitors.

The General Manager of Tamani Marina Hotel, Walid Al-Awa, said that a large part of the hotel establishments recorded high occupancy levels, pointing out that about 50% of hotel guests during New Year's Eve from international markets. Al-Awa confirmed that the rate of reservations are at good levels throughout the month. Next January.

He added that prices witnessed increases in line with the levels of demand for hotel reservations, pointing to a continuous improvement in the volume of revenues recorded by hotel establishments compared to the first months, with Dubai opening its doors to international tourism.