Fines at Christmas: It gets so expensive if you break the corona rules

Anyone who disregards curfews or restrictions on family visits over the holidays must expect severe sanctions. No hesitation is also punished. WELT explains where you have to be extra careful - and when it gets really expensive. 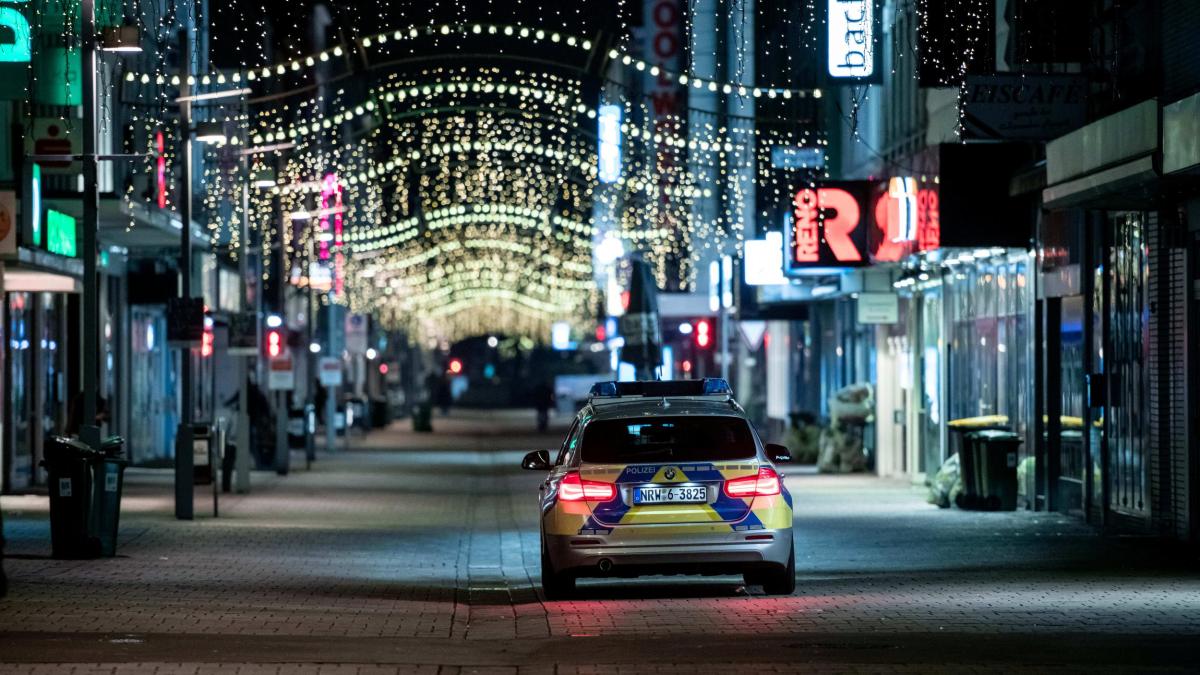 This cigarette packet could be the most expensive of a lifetime for a couple from Bavaria.

Both should pay a total of 1000 euros together - mind you, not for the pack itself, but for the late evening trip to the cigarette machine.

Only for this, explained the couple, would they have left the house again.

In the Free State, there has been a night curfew between 9 p.m. and 5 a.m. since last week.

Anyone who moves outside must have a valid reason for it.

According to the local authorities, giving in to nicotine addiction is not one of them.

And so passing police officers unceremoniously imposed a fine on the couple.

Anyone who violates the Corona requirements must expect high fines - this also applies to Christmas.

Many federal states have loosened the restrictions on the time of the holidays a little.

In many places, private get-togethers with more than five people are allowed at short notice.

In some cases, breaches of the rules are still severely sanctioned.

Each federal state regulates which fines are imminent for which offense. Anyone who takes part in a private party at which the permitted number of people is exceeded usually has to reckon with a standard rate in the three-digit cost range.

In Rhineland-Palatinate this is 100 euros.

In Hamburg, Lower Saxony, Saxony and Baden-Württemberg, the violation usually costs 150 euros, in Bavaria the authorities usually impose a fine of 250 euros.

The hosts are usually hit harder than the participants.

In Baden-Wuerttemberg, the inviting party usually has to reckon with 600 and a maximum of 1000 euros.

Individual state police have made it clear not to stand at the apartment windows on the Christmas holidays to check the number of people at the kitchen table.

However, they want to follow up on hints, for example due to too loud partying.

Christmas visits from relatives to medical facilities can also cause trouble in some places.

For example, anyone who enters hospitals in Rhineland-Palatinate even though they have recognizable respiratory problems pays up to 250 euros.

If visitors even had contact with someone infected with Covid, they would face a fine of 1000 euros.

And even if the family visit is over, there is still a threat of fines on the way home in the evening - namely where night curfews have been imposed.

Because there are no exceptions for driving in the car, as police officers in Bavaria made clear in one case.

This year's Christmas visits can also have consequences for those people from Mecklenburg-Western Pomerania who leave their state for it.

The state government says that visiting family members or friends is basically possible.

However, anyone who comes back from a district with a seven-day incidence of more than 200 infections per 100,000 inhabitants has to go into a ten-day quarantine.

On Tuesday, 155 of the total of 412 districts in Germany exceeded this value.

Only visits to the nuclear family are excluded.

This includes spouses, registered partners and life partners as well as children, parents, grandparents and siblings.

And even on New Year's Eve, there is still great restraint.

If you want to ignite a rocket at the turn of the year, you face an expensive bill in some places.

When it comes to the question of what is allowed, citizens have to find their way through a patchwork quilt.

Some countries want to ban firecrackers on public streets and squares, and some municipalities have even prohibited private fireworks in the home garden.

And in yet other regions, courts have overturned the original bans.

Mecklenburg-Western Pomerania, for example, where the setting off of fireworks is prohibited on all public streets and squares, wants to impose fines between 50 and 1000 euros.

In Hamburg, 150 euros are due for a violation, in Rhineland-Palatinate even 500 euros.

A nationwide ban on the sale of fireworks already applies to the retail trade.

However, please note: The fines in the catalogs of fines only reflect the standard rates.

However, some countries want to show their mercy to some corona sinners.

In Bavaria, the authorities can reduce the standard rate.

According to the catalog of fines, this can be considered if the risk of infecting other people was low, someone only acted negligently or the perpetrator showed himself to be understanding.

Minors can also be given lower sentences.

Conversely, the guilty party can also be hit harder.

In the event of follow-up violations, the standard rates are to be doubled, say from Bavaria and North Rhine-Westphalia.

Berlin and Baden-Württemberg even provide for a fine of up to 25,000 euros for recurrence.

Those who commit several offenses at the same time receive penalties for each individual offense in some federal states.

So if a person does not keep enough distance from others when violating the night curfew, they will pay for both - and not just for the more serious offense.

Nor does it have to remain with a fine.

In theory, prison sentences are even possible in this country.

A 26-year-old from Garmisch-Partenkirchen has to fear that.

Because she had symptoms of the disease in September, the young woman should go to quarantine after a corona test until the result was received.

But the American-born didn't stick to that - and went on a pub crawl the following evening, as the responsible district office explained at the time.

But then it turned out: The 26-year-old had already been infected with the corona virus.

The public prosecutor's office in Munich has initiated an investigation against the alleged super-spreader on suspicion of negligent bodily harm.

In practice, however, the authorities will find it difficult to provide evidence in such cases.

After all, the source of a corona infection can rarely be verified beyond doubt.

And so to this day it has not been proven that the 26-year-old actually infected other people.