China News Service, December 21. The reporter learned from China National Railway Group Co., Ltd. (hereinafter referred to as "China Railway Group") that from 0:00 on January 20, 2021, the national railways will implement a new train map and increase passengers There are 325 trains, and 114 freight trains will be added to the main freight channels. After the map adjustment, the total number of p 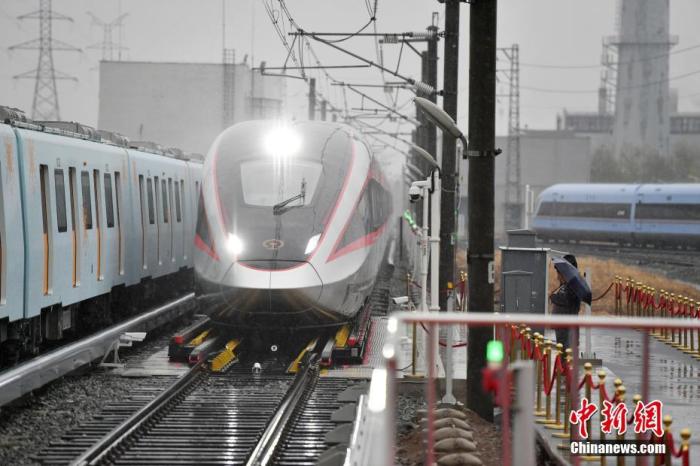 China News Service, December 21. The reporter learned from China National Railway Group Co., Ltd. (hereinafter referred to as "China Railway Group") that from 0:00 on January 20, 2021, the national railways will implement a new train map and increase passengers There are 325 trains, and 114 freight trains will be added to the main freight channels.

After the map adjustment, passenger train tickets will be sold on December 22.

According to the person in charge of the Transportation Department of China Railway Group, the adjustment is to deepen the structural reform of the transportation supply side of the railway department, focus on better meeting the people's growing needs for a better travel life and market demand, and consider the end of 2020 and the beginning of 2021. Factors such as the commissioning of new railway lines, the expansion of capacity resources, and the prevention and control of the epidemic have made an optimized adjustment to the transportation organization plan.

The main changes are reflected in:

One is to make full use of new line resources to enhance regional transportation capacity.

In this map adjustment, the railway department made full use of the resources of the new line to arrange the operation of high-speed rail, normal speed and freight trains to enhance regional transportation capacity.

The Lianyungang-Zhenjiang high-speed railway has been opened. After the map is adjusted, up to 124 mobile trains will be operated daily, realizing the seamless connection between northern Jiangsu and central Jiangsu and the central city of the Yangtze River Delta. The fastest way from Lianyungang to Zhenjiang is 2 hours and 9 minutes. The Zhengzhou-Taiyuan high-speed railway has been fully operational. After the map adjustment, up to 74 mobile trains will be operated daily. The time and space distance between the southeast of Shanxi and the central and eastern regions has been further shortened. The fastest travel time between Zhengzhou and Taiyuan has been reduced from the original The 3 hours and 38 minutes to travel to Shijiazhuang was reduced to 2 hours and 24 minutes for the direct connection between the two places; the Xinjiang Beijiang Railway Ring Line and Geku Railway, which have been fully operational, will operate 6 passenger trains and 10 freight trains every day after the map is adjusted. The history of railway failure in parts of southern and northern Xinjiang has further improved Xinjiang's railway transportation capacity.

The Yinchuan-Xi’an, Hefei-Anqing, Yancheng-Nantong, Beijing-Shenyang high-speed railways, the Beijing-Xiongan New Area intercity railway, Fuzhou-Pingtan, and Dali-Lincang railways will be opened before the map adjustment. The operation of trains on the line, weekend line, and peak line will effectively enhance the passenger transport capacity of Shaan-Gan-Ning, Beijing-Tianjin-Hebei, the Yangtze River Delta, the west bank of the Straits, Yunnan and the entry and exit corridors, and release the freight capacity of related lines.

The second is to optimize the train operation plan to meet the needs of passengers.

According to the changes in passenger flow, the railway department has accurately formulated passenger train operation plans on existing high-speed rail and normal-speed lines, and added 88 daily EMU trains and 2 weekend trains, and changed 44 operating sections to adjust operation. 29 columns of trails.

The Qingdao-Rongcheng intercity railway and the Nanjing-Anqing high-speed rail EMU run at a speed of 250 kilometers per hour, and the travel time is reduced by 12 minutes and 13 minutes respectively.

The Chengdu-Chongqing high-speed railway runs at a speed of 350 kilometers per hour, and 50 trains are operated by Fuxing. It can be reached in 62 minutes from Chengdu to Chongqing as soon as possible. The same city effect has further appeared.

The third is to enhance cargo transportation capacity and help the new development pattern.

In accordance with the transportation needs of key materials such as coal and grain, 114 freight trains will be added to the main freight channels of Beijing-Harbin, Jinshan, Shenshan, Yuhuai, Jiaoliu, and Xiangyu.

The fourth is to coordinate the prevention and control of the epidemic and the organization of transportation so that passengers can go safely and at ease.

The railway department reminded that the passenger train tickets after the map adjustment will be sold on December 22. Passengers can inquire through the railway 12306 website, client, WeChat and other channels, and can also pay attention to the dynamic information released by the railway departments and major trains. Station announcement to arrange the itinerary reasonably.