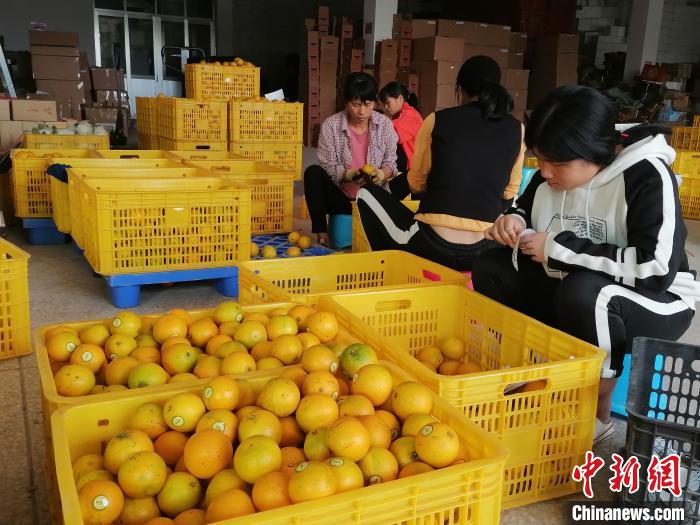 Lianjiang is the "Hometown of Red Oranges in China". Lianjiang Red Oranges, known as the "Best Fruits of the State Banquet", are national geographical indication products. They are favored by consumers at home and abroad because of their unique flavor.

This year, the whole city of Lianjiang has planted about 80,000 mu of red orange, and put into production nearly 60,000 mu. The output of red orange is expected to be close to 70,000 tons.

At present, there are 33 professional red orange cooperatives in Lianjiang City, and the planting area accounts for about 70% of the city's area. Nearly 100,000 people are engaged in the red orange industry to get rid of poverty and become rich.

Red orange has become the main agricultural product for the revitalization of Lianjiang villages.

With the help of modern Internet e-commerce platforms and Internet of Things technology, Lianjiang Red Orange has achieved full channel coverage of all major supermarkets across the country, such as JD.com, Tmall, Hema Xiansheng, Wal-Mart, and RT-Mart.

In addition to the red orange, Lianjiang is also the base of China's small home appliance industry and is known as the "Hometown of Chinese Rice Cookers".

In February of this year, Lianjiang Economic Development Zone was recognized as a provincial-level high-tech industrial development zone. In addition, the Lianjiang City Home Appliance Industry Public Service Center was completed and opened. This building area is more than 22,000 square meters, integrating a big data center and a home appliance product research and development center. , Internet + Innovation Center, Home Appliance Product Testing Center, Purchasing Service Center, Public Administration Service Center, Marketing Service Center, Technology Entrepreneurship Incubation Center, and other 8 centers as one service platform. After being put into operation, it will be able to systematically solve Technical design, research and development, intelligent production and other issues, while providing enterprises with 3C, CE certification services, further integrating the unified office of all departments in the park, establishing an approval service platform network, and effectively strengthening the integration of scientific and technological entrepreneurship incubation, vocational training and entrepreneurial guidance. , Will accelerate the pace of transformation and upgrading of the small home appliance industry.

At present, Lianjiang has more than 600 small home appliance manufacturers, with an annual output of more than 40 million electric rice cookers and more than 100 million electric kettles. The products are exported to more than 30 countries and regions. The production and sales of electric rice cookers and electric kettles in the city are about It accounts for 30% of the country's total, and the scale of the small home appliance industry is nearly 30 billion yuan.

The brand value of "Lianjiang Electric Rice Cooker" is estimated to be 2.363 billion yuan.

The Red Orange Festival is not only a red orange exhibition, but also an important platform to showcase other industries in Lianjiang.