Etisalat Group stated that it is currently studying the implementation of three new smart cities in Dubai and Abu Dhabi, in coordination with real estate developers, while aiming to increase the number of its subscribers to the "Hassantuk" program to 50 thousand subscribers from 20 thousand currently. Gee week 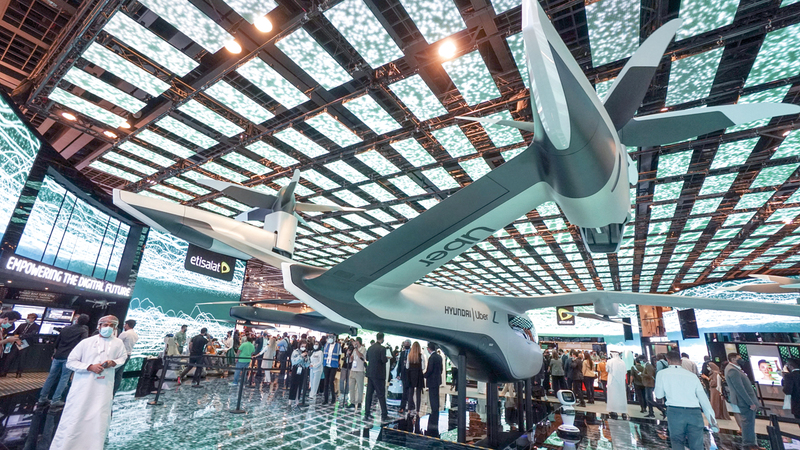 Etisalat Group stated that it is currently studying the implementation of three new smart cities in Dubai and Abu Dhabi, in coordination with real estate developers, while aiming to increase the number of its participants in the "Hassantuk" program to 50 thousand subscribers from 20 thousand currently.

In a press statement, on the sidelines of "GITEX Technology Week 2020", Etisalat said that the Corona pandemic increased the use of voice-based video calling applications over the Internet by 250% within six months.

In detail, Abdullah Ibrahim Al-Ahmad, Senior Vice President, Sales of Major and Governmental Institutions at Etisalat Group, said that the group had observed a significant increase in the percentage of voice and video calling applications over the Internet on the fixed broadband network and the mobile network by more than 250%, during the height of the Corona pandemic »During the period from the end of February 2020 until last September.

Al-Ahmad added, during a round table held with journalists on the sidelines of the GITEX Technology Week 2020, yesterday, that the group also observed during that same period an increase in the percentage of data traffic used in electronic games by more than 200%, in addition to the increase in the percentage of traffic Data in video services and applications is more than 50%.

Al-Ahmad revealed that Etisalat had recently accomplished the implementation of an integrated smart city, in cooperation with the Dubai Multi Commodities Center, that included technically advanced standards in various fields, including, for example, early reporting of any malfunctions in lighting systems and their smart management, as well as Predict when light bulbs will be damaged according to usage patterns, and manage waste containers with intelligent systems to empty them automatically once they are filled with IoT systems.

He explained that the group is currently looking at implementing three new smart cities in Dubai and Abu Dhabi, in cooperation with specialized real estate development companies, as part of its support for the transformation of smart city patterns.

Al-Ahmad referred to the participation of “Etisalat” in the operations of converting a number of fuel distribution stations bearing the “ADNOC” brand into smart stations using “Internet of Things” and artificial intelligence, indicating that they allow measuring and analyzing the behavior of employees and consumers, monitoring the types of cars and consumption, and the performance of the available pumps. The terminals communicate via smart sensors via high-speed Internet networks.

He stressed that the expansion of the coverage of the fifth generation networks will greatly support the speed of completion of the transformation of future types of digital and smart services in the country's cities, whether by developing roads to accommodate future autonomous vehicles, which require speed in receiving and sending data, or even in the health sector, such as using "Robot" in surgeries, through the management of doctors in other countries, which need a quick and direct response to deal in these operations.

"The group has developed a program for government agencies, devoted to remote visual communication, under the name (Cloud Talk)," said Abdullah Ibrahim Al-Ahmad, Senior Vice President of Sales of Major and Governmental Institutions at Etisalat Group, explaining that "the program provides virtual meeting rooms that can accommodate 100 people."

He pointed out that the demand for virtual communication services has increased by up to 80% since the beginning of this year until the present time, due to the repercussions of the Corona pandemic, compared to the same period last year.

• 200% increase in data traffic used in electronic games, from the end of February 2020 to September.