Almost every second employed person in Germany currently works from home. This is the only way companies can protect their employees from the virus. Studies suggest that if the pandemic goes away, the new work reality will remain. But that can be dangerous. 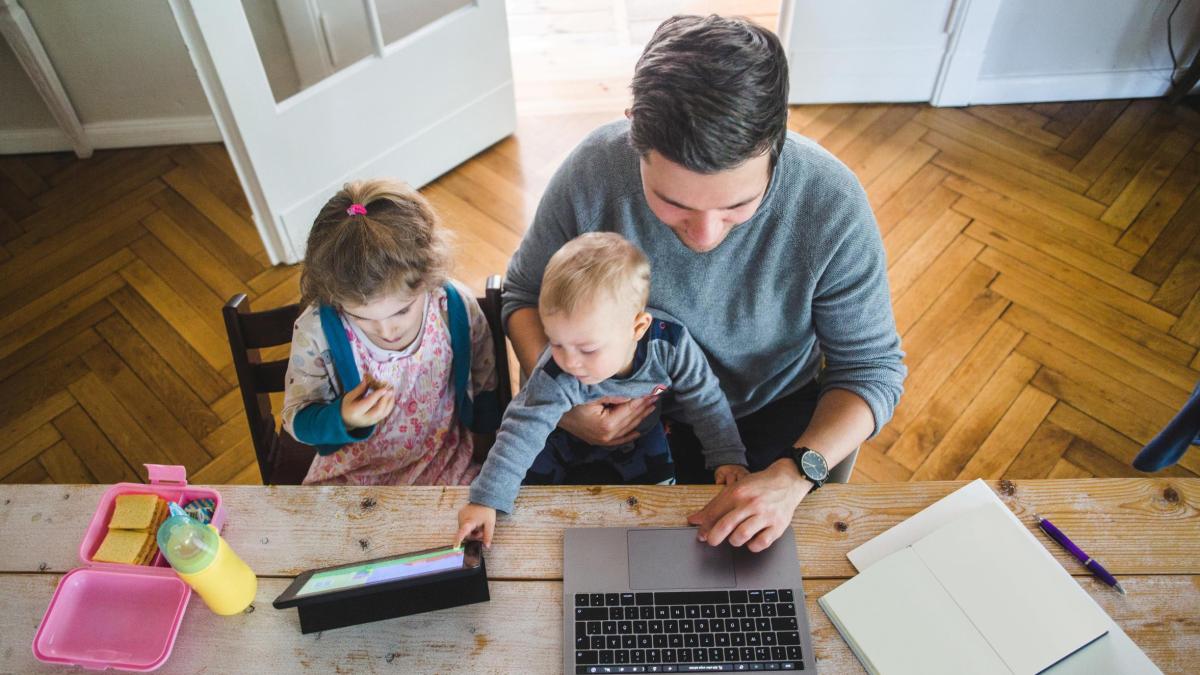 The picture is the same in many offices in Germany: desks are lined up next to desks, only the chairs in front of them remain empty.

Companies have sent their employees home en masse - for fear of Covid 19 infections.

The coronavirus has led to a profound change in the world of work.

Almost half of Germany works - at least a few days a week - within their own four walls.

25 percent of the working population in Germany have even completely moved their work home.

That is the result of a representative survey by the digital association Bitkom.

How strong the change actually is is shown by a comparison with the situation before the outbreak of the pandemic: Only three percent of those in employment had previously worked exclusively from home, 15 percent worked from home at times.

Bitkom expects these numbers to decline after the pandemic.

But overall, more than a third of the working population should then work at least temporarily from the home office, eight percent even exclusively.

"The Corona crisis has shown that flexible work does not reduce the quality of work results - on the contrary," said Bitkom President Achim Berg.

"Working independently of time and place can bring advantages for all parties, but that requires a profound cultural change in the world of work."

Apparently, the use of the home office has increased again in the course of the year.

Bitkom's figures reflect the current situation, as the survey was carried out in October and November.

The D21 initiative carried out a representative survey on the topic in the middle of the year, which it presented at the beginning of December.

There is talk of a doubling of home office work to a third of the respondents.

Among those working in office jobs, the proportion even rose to 60 percent.

“Mobile working currently helps companies to stay fit for work and to protect the health of their employees,” said Thomas Jarzombek, representative of the Federal Ministry of Economics and Start-ups.

The Ministry of Economic Affairs sponsored the D21 investigation.

A third work longer in the home office

The crisis is therefore also an opportunity, as companies and authorities are building the necessary infrastructure in a hurry and can thus act more flexibly in the future.

How much work in the home office will decline after the pandemic is still open.

However, the respondents have clear ideas about this.

According to the Bitkom study, three quarters of the working population are of the opinion that home office should be used much more extensively in Germany, not least because this has positive effects on climate policy, since traffic is reduced and thus the climate is relieved.

But apart from that, many working people see other reasons for working from home.

More than one in two assess their productivity in the home office to be higher, almost a third sees no change to the office here.

More than four in ten employees are more satisfied with their work at home.

Around a third say that they work longer at home than in the office, while more than half see no change in working hours in the office.

Experts also see this as a danger that needs to be overcome.

"One of the biggest challenges for working in the home office is the distinction between professional and private life," said Bitkom President Berg.

"Clear rules and agreements between employer and employee help here." After all, a good 20 percent say they have difficulty separating their private life from their job.

Most of them only want to work from home occasionally

The Bitkom study also shows that colleagues are more popular than superiors.

More than half of those surveyed named the lack of contact with colleagues as a disadvantage in the home office.

But having less contact with superiors is only a problem for one in five.

When it comes to the future of the home office, there are also differences here.

According to the D21 study, more than half of the home office newcomers want to work at home more often in the future, but only a quarter of the managers are in favor of their employees working more in the home office after the pandemic.

Employers could increase their attractiveness by being able to work outside the office.

Because no respondent who is not allowed to work in the home office, although the job is basically suitable from his point of view, does not want this option, shows the Bitkom study.

The studies largely agree on the question of how much home office workers want.

A lack of technical infrastructure, for example a slow internet connection, and a strong presence culture in the company are the main reasons against using the home office for those who are generally allowed to do so.

But after all, every seventh person does without it because they want to strictly separate professional and private life, according to the Bitkom study.

Apparently there is a lot of improvisation in the home office, because often the support from the employer is limited.

Almost one in four states that they do not receive any support, for example by providing a smartphone or notebook.

The majority of working people are in favor of tax incentives to encourage home office use.

That could bring the home office flat rate

Because of Corona, many had to work from home this year.

Up until now, however, only those with their own study could deduct the additional costs.

That should change now.