Although the US has increased its sanctions threats, Russia is now setting its retrofitted special ship on the march. It is to lay further pipes in German waters. In addition, a face-saving solution to the pipeline dispute is surprisingly emerging.

Anyone who wanted to get an idea of ​​the chances of the controversial Nord Stream 2 pipeline project in the past few days was dependent on the dry statements of the Federal Waterways and Shipping Administration (WSV).

The spokesmen for the ministries involved in the dispute at state and federal level were just as taciturn as those of the client, Gazprom.

The political situation is particularly sensitive at the moment.

With the new sanctions law (PEESCA), the US Congress has just expanded its sanction threats against European contractors for the pipeline project between Russia and Germany.

Now insurers and other service providers also have to expect serious damage to their US business if they participate in pipe construction in the Baltic Sea.

East Committee: The importance of the pipeline has increased

Since then it has been questionable where the pipeline builders want to get a technical acceptance confirmation from, which is necessary for the operating permit.

Insurers are also said to have dropped out.

The Eastern Committee of the German Economy expresses concern: “Purely European projects like Nord Stream 2 are not to be regulated by US bodies, but exclusively by the participating European countries and the EU.

We are all the more opposed to the now intended expansion of possible sanction targets, for example to include certification companies and service providers. "

The importance of the pipeline for the European energy supply, according to the trade association, "has increased further in recent months".

There are currently many unanswered questions about the gigantic infrastructure project, which is to transport Russian natural gas directly to the landing point in Lubmin near Greifswald at construction costs of more than eight billion euros.

"Political Tool of the Kremlin"

Political forces in the USA are trying to make European gas purchases in Russia more difficult across all parties and quite independently of the Trump administration - on the one hand, to prevent their allies from becoming more dependent on Moscow, on the other hand, because they prefer to supply Europe with American shale gas itself.

Ukraine's interests in remaining a transit country for Russian gas supplies are also important to the Americans.

The pipeline, a spokesman for the US Embassy in Berlin told WELT, "is a political tool used by the Kremlin to bypass Ukraine and divide Europe".

Sharply worded sanctions threats against German and European contractors for the project had already caused a diplomatic scandal in recent months.

Brussels and Berlin forbade Washington's interference in questions of European energy supply and declared the sanctions threats to be contrary to international law.

For a long time it remained unclear whether the Russians would be technically capable of bringing the project to an end on their own after the Swiss shipowner Allseas had withdrawn its lay vessels in the spring under the pressure of American sanctions threats.

Gazprom had the Russian pipeline installer “Akademik Tscherski” brought in from the Far East.

But the special ship was then in the Baltic port of Sassnitz-Mukran on the island of Rügen on the quay for months, apparently to be retrofitted for the new task.

At least this secret has now been revealed by the notification of the waterways and shipping administration: The "Akademik Tscherski" is ready to set sail.

Pipe laying by the end of the year

From Saturday, December 5th, until probably December 31st, "an underwater pipe laying of two parallel underwater pipelines will take place in the" Adlergrund "part of the exclusive economic zone in Germany, according to the WSV shipping news.

“During the work, a safety distance of at least 1.25 nautical miles from the pipe-laying vehicle held in position with several anchors must be maintained.” Anchoring and fishing is not permitted, “it is to be expected that measuring and marking buoys will be installed at times”.

It is no longer so clear that “this pipeline will not take place”, as American government officials confidently asserted recently.

Another 16.5 kilometers of the pipeline have to be laid in German waters.

In the course of December, Nord Stream plans to cover 2.6 kilometers of this.

From January, for reasons of bird protection, laying is prohibited until June.

An application for an exemption for this period is currently still being examined by the responsible authorities, including the lead Federal Maritime and Hydrographic Agency (BSH).

If the BSH does not give its approval, Gazprom wants to leave the pipe sections in German waters for the time being and continue to build them in Denmark - in order to complete the remaining section in Germany after the bird protection break.

In this case, the completion of the pipeline would be expected in the second half of 2021 at the earliest.

The environmental protection organizations Nabu and DUH criticize the fact that the BSH allowed the work in December.

According to the original approval from 2018, there should have been a break between September and May for reasons of bird protection.

From the point of view of the environmentalists, the building permit for December is questionable because the "Akademik Tscherski" - unlike the originally commissioned Allseas ship - has to be anchored to the ground during the laying work.

"With its anchors, the 'Akademik Tscherski' stirs up sediment and destroys the seabed."

The criticism of environmentalists is also or above all motivated by climate policy.

"The construction of Nord Stream 2 contradicts European and German climate targets," says Constantin Zerger, Head of Energy and Climate Protection at DUH: "The pipeline would transport natural gas that would correspond to around 100 million tons of CO2 a year." The DUH urges the authorities to to withdraw the building permit for December.

However, this is not to be expected.

The BSH points out that the possibility of further construction in December was already included in the 2018 permit.

Significant nature conservation reasons do not stand in the way of this.

From an ornithological point of view, the resting times of migratory birds in January and February are more relevant.

This was also confirmed by the specialist authority subordinate to the Federal Environment Ministry when asked by WELT: "The Federal Agency for Nature Conservation has no reservations that would call into question the approval of the further construction of Nord Stream 2."

The BSH declares that it is simply not responsible for the climate policy criticism of further gas imports.

The responsible mining authority in Stralsund had checked and confirmed the energy requirements of gas imports years ago.

Pipeline proponents in Brussels also argue that any expansion of the energy infrastructure could be useful because European gas sources are slowly drying up.

The German coal exit commission (WSB commission), with the participation of Greenpeace and other environmentalists, had already determined that there was an increased demand for natural gas power plants to compensate for the German exit from coal and nuclear power.

On various occasions, the German and Russian sides recently pointed out that the ultra-modern Nord Stream 2 is also designed to be able to transport large proportions of climate-neutral hydrogen.

Although there is official secrecy, the federal government is apparently trying behind the scenes to find a face-saving solution for the completion of the pipeline.

A back door in the American sanctions law PEESCA could help - intentionally or unintentionally.

According to research by “Bild” in Mecklenburg-Western Pomerania, the establishment of a “Foundation for Climate Protection MV” is planned, which in future will operate the completion of the pipeline in German waters as a general contractor under public law.

The ministries involved do not currently comment on the report, but neither do they deny it.

All German companies involved should no longer work as contractors for the Russian project company Nord Stream 2, but formally as subcontractors of the Mecklenburg-Western Pomerania Foundation.

This could protect them from the direct consequences of American sanctions threats.

Because the state foundation itself and its employees do not have to fear US sanctions: The new American sanctions law PEESCA expressly states that companies, but not governments, should be the target of the sanctions.

Whether all those involved can agree on this face-saving solution is currently still completely open. 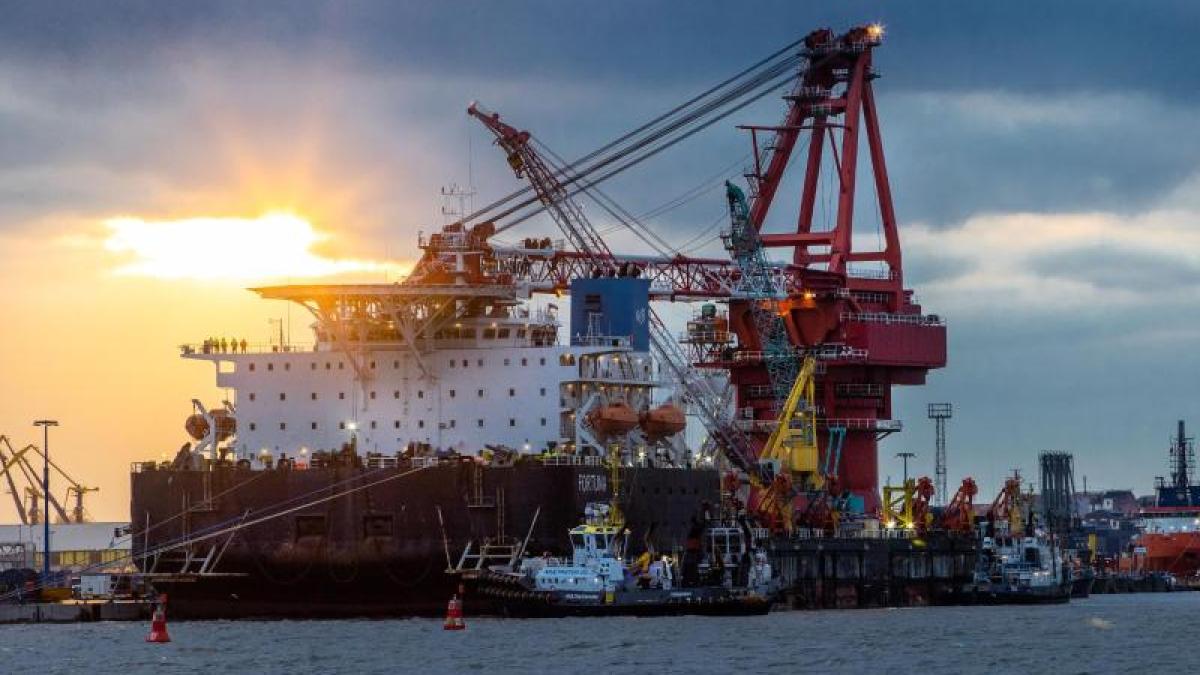 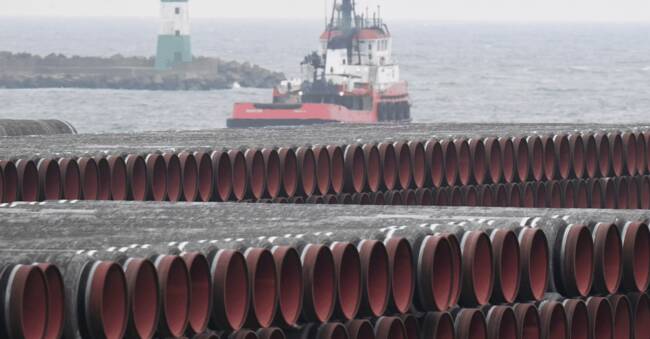 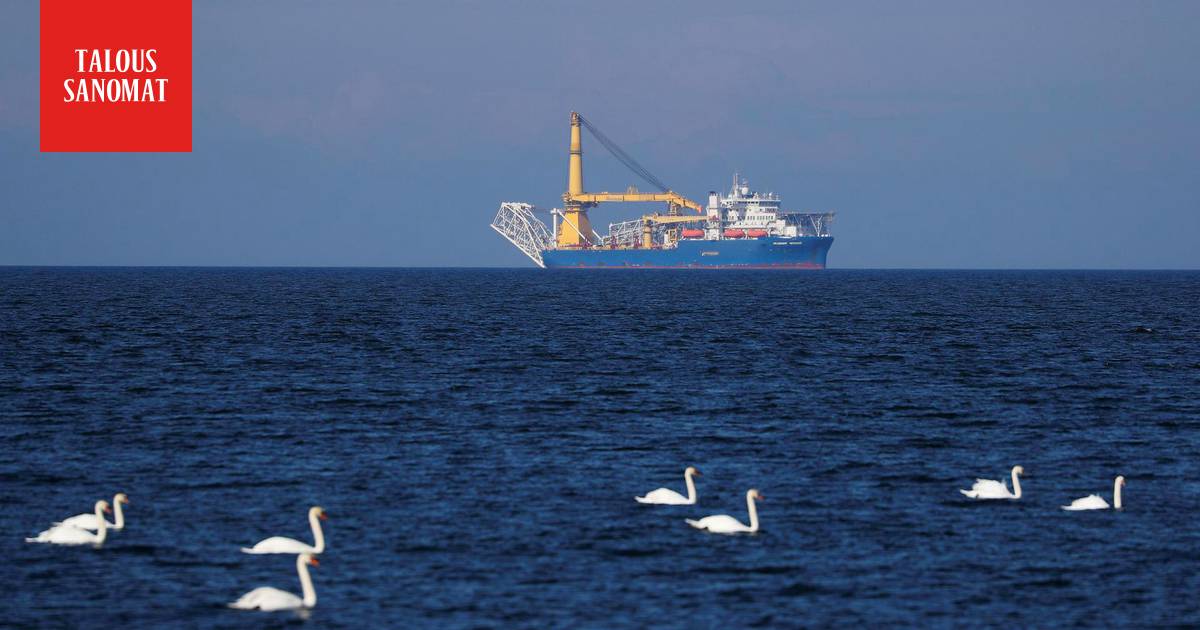 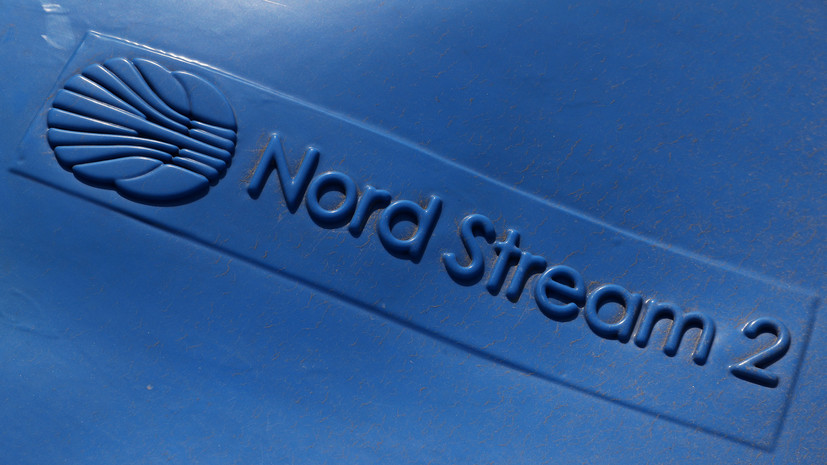 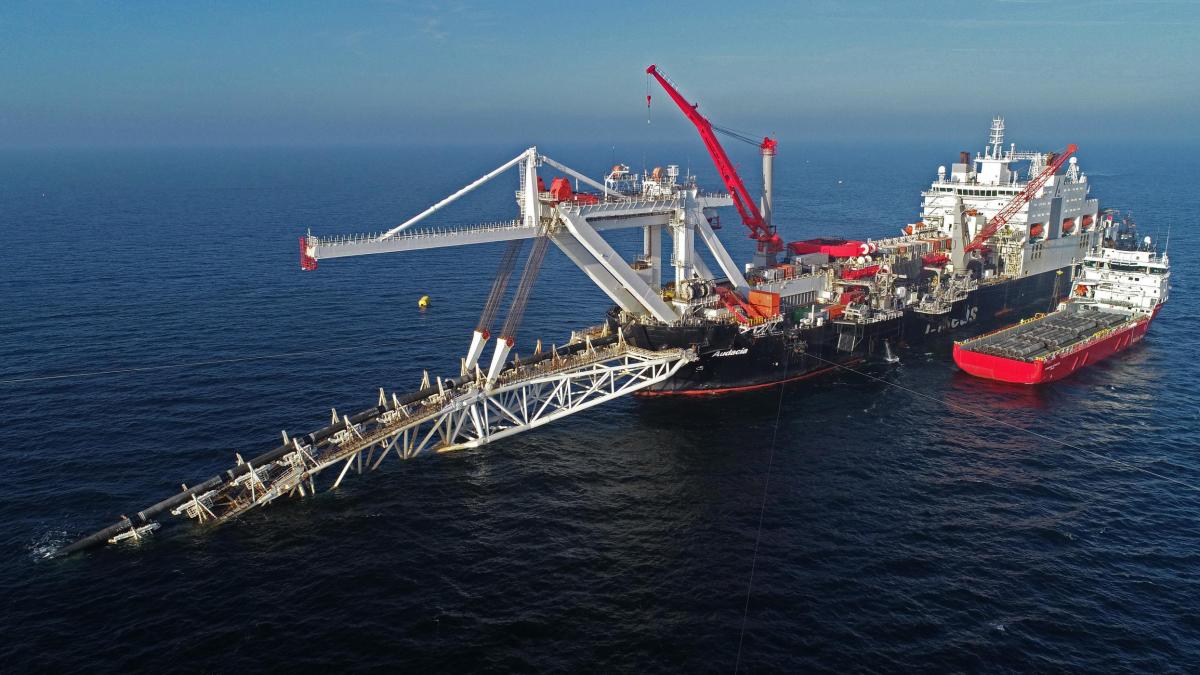 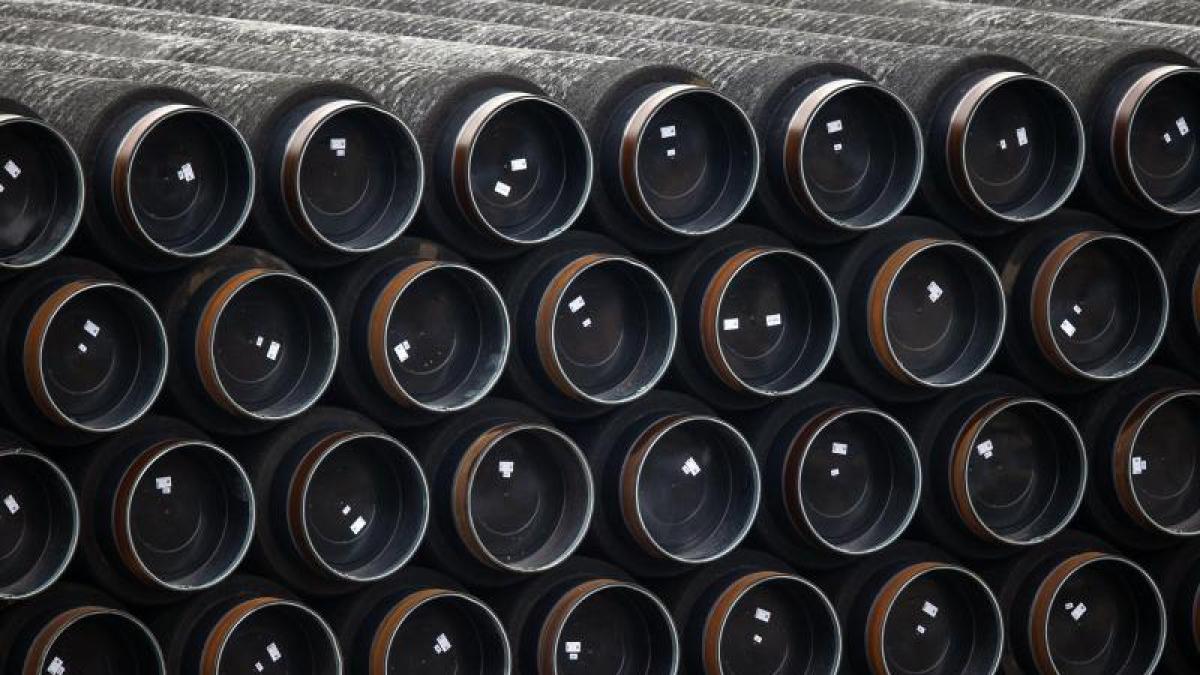 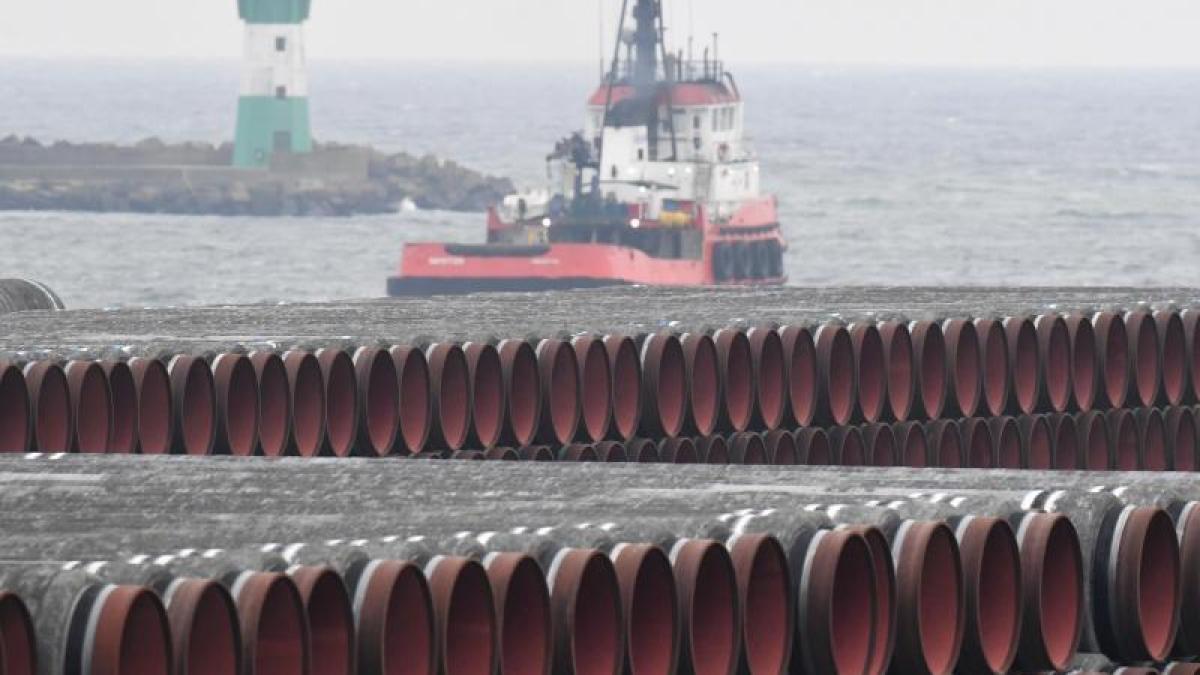 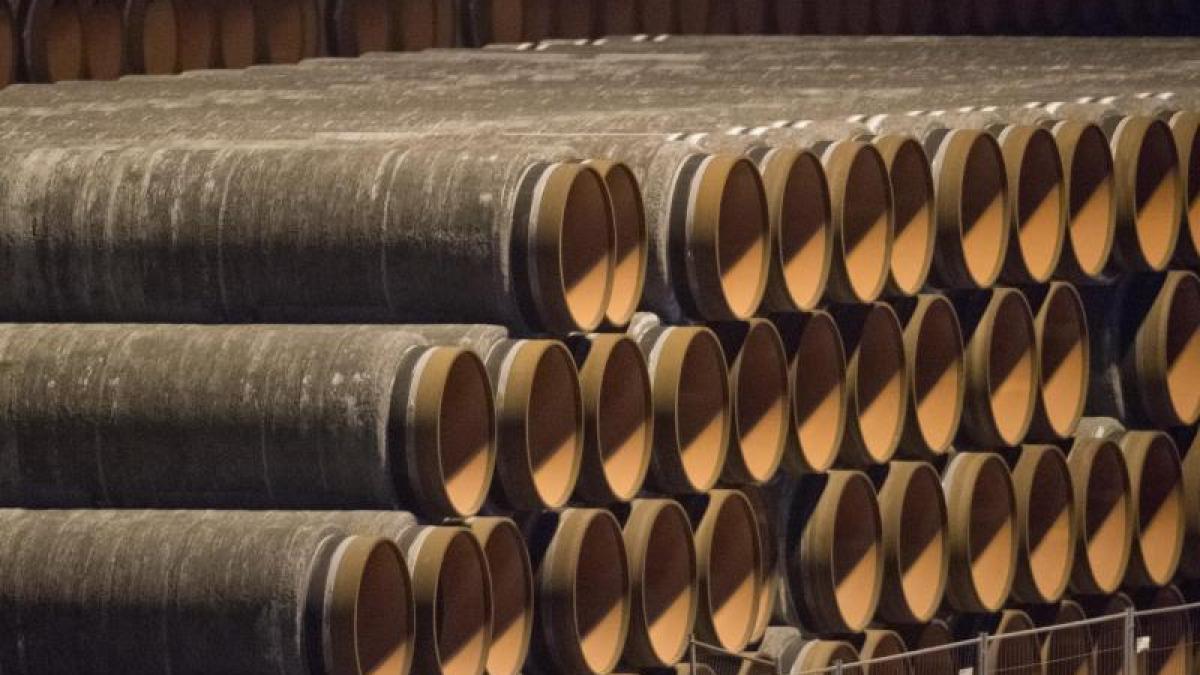 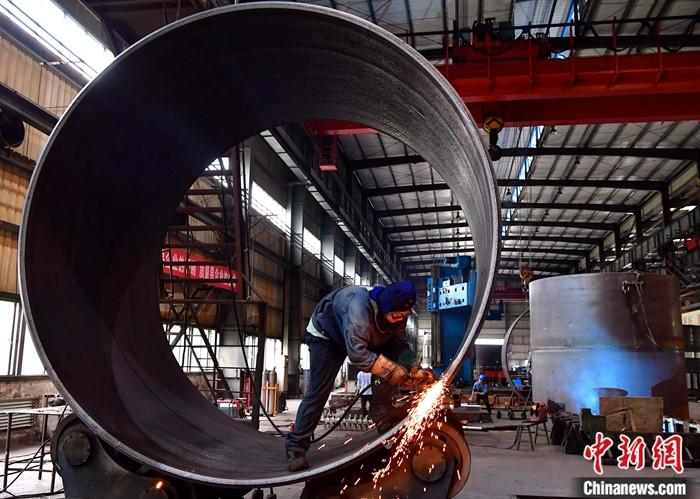 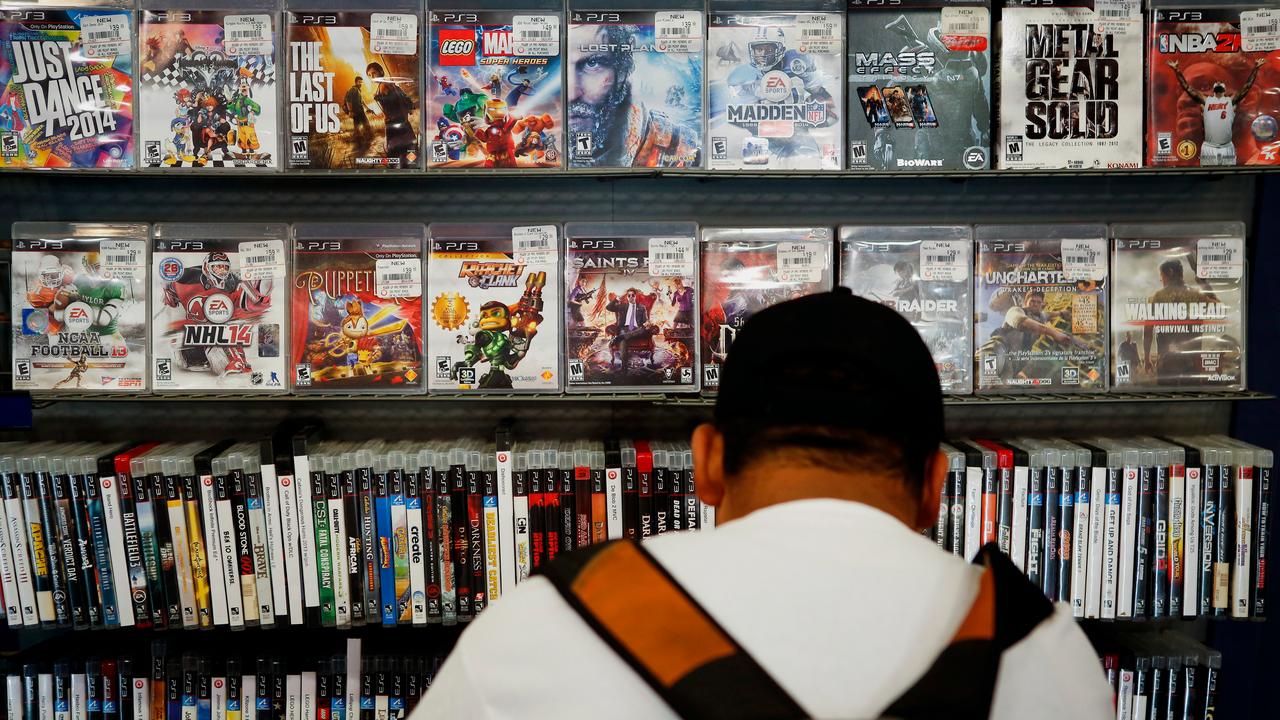 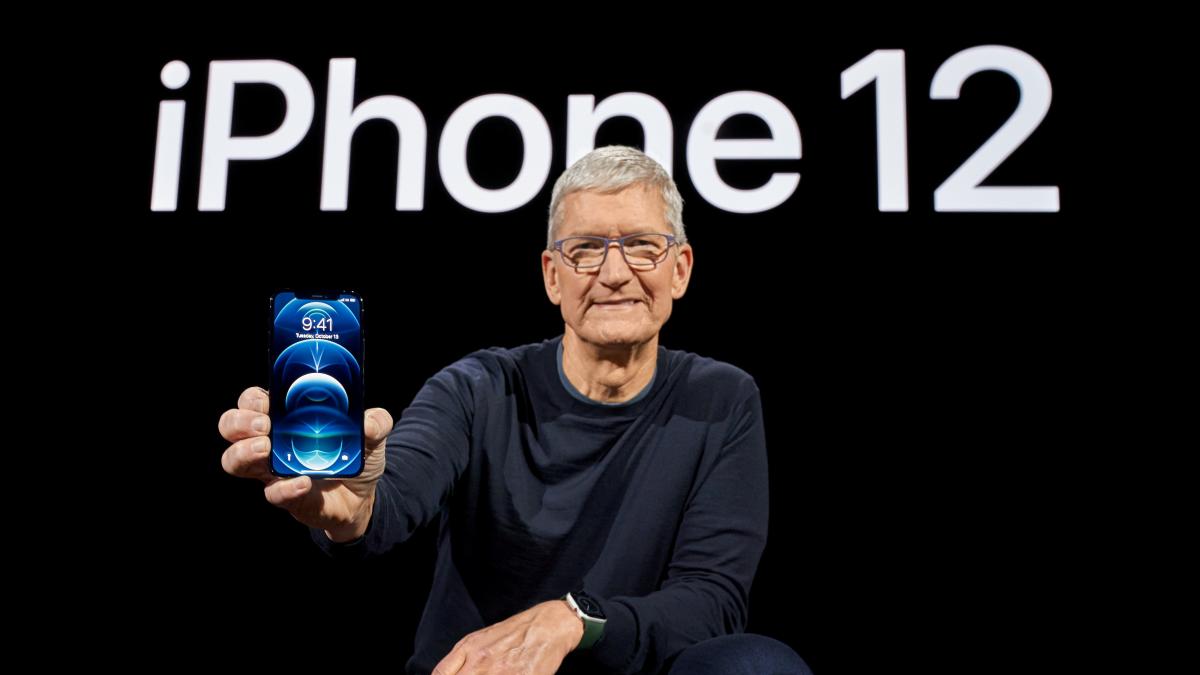 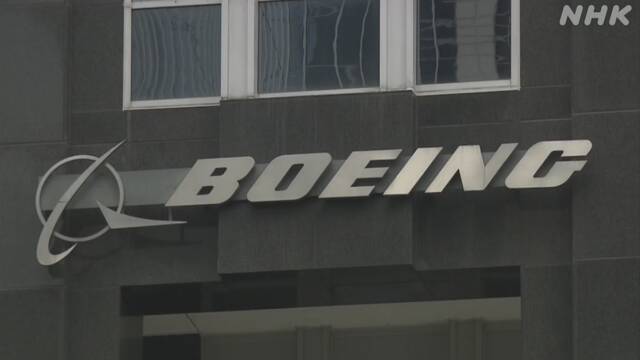