The risks caused by the "new" property market have also aroused the voice of regulatory authorities.

The first phase of China Resources City’s Runxi and Vanke’s Shanhai Homeland successively reminded the risks related to “buying houses on behalf of others”, and the latter also urgently adjusted the sales plan.

From the perspective of industry insiders, in recent years, Shenzhen has done a lot of fruitful work on the supply side. It is recommended that the next "hard core policy" be introduced in finance, taxation, land supply structure, and new house pricing, and adhere to the principle of "housing is not speculation." ".

On November 30, the first phase of China Resources City Runxi, a "net celebrity" real estate in Shenzhen, which detonated the market, released the initiative to implement "housing and not speculating" together with customers, saying that "the phenomenon of "new craze" in the Shenzhen real estate market , Does not rule out the introduction of relevant policies and measures by relevant government regulatory agencies to ensure the implementation of the policy of'housing to live without speculation', and to remind the relevant risks of'buying houses on behalf of others'."

On December 1, Vanke’s Weishanhaijiayuan WeChat official account issued the "Supplementary Announcement on the Sales Plan for Weishanhaijiayuan", which will determine the qualifications of customers to participate in lottery selection based on the customer’s social insurance years ranking.

According to the announcement, in accordance with the latest instructions from the Shenzhen Municipal Government, Vanke's sales plan for Shanhai Homes has been adjusted.

The company has compiled a list of customers who have passed the sincerity registration review and successfully frozen funds. The list will be submitted to the relevant government verification department to verify the information on social insurance years and give feedback based on the social insurance years. Follow-up will be ranked according to the customer’s social insurance years, and then based on this The number of saleable houses is the base number and the customers with the highest social security (or personal income tax) years in the ranking are selected in a 1:5 ratio to participate in the lottery selection of houses.

The background that hot real estate successively prompts the risk of "buying houses on behalf of others" is that recently, there has been a sign of "overheating" in the new house market in Shenzhen, followed by a new word "strike new".

The fiery "new" market has made many home buyers rush into the new home market to participate in lottery lottery and house selection with the idea of ​​trying their luck.

The first phase of China Resources City Runxi is a typical representative.

In fact, not all new discs have the life of "playing new" and "sunlight".

The Beijing News reporter noted that most of the “new hot” projects in Shenzhen are concentrated in areas with good planning and industrial development, such as Nanshan, Guangming, and Bao'an, and the surrounding transportation and education resources of the project have obvious advantages. On the other hand, Shenzhen has a large number of new houses. In the eastern regions of Longgang, Pingshan, etc., the real estate in these areas is basically not related to the “sunlight” and “new”.

In addition, even the non-high-quality resource real estate in the hotspot area does not produce the "new" and "sunlight" effect.

At the level of buyers, many buyers still hold a rational attitude.

A local buyer in Shenzhen told reporters that seeing his child entering junior high school in a few years, he wanted to find a better housing for the school. At present, he has funds ready, but after shaking it several times, he failed. Investors, buy homes, don’t want to take the risk to win the number through other methods, wait and find opportunities."

"At present, there are cases of proxy holdings in the new house market, but it is estimated that the total number of entrusted holdings is not large. More people are qualified to buy after selling other houses. Among them are qualified to buy houses, but the funds are not enough. Crowdfunding to buy a house is more common," said Li Yujia, chief researcher of the Guangdong Housing Policy Research Center.

In fact, the risks caused by the “new launch” of the property market also aroused the voice of regulatory authorities.

In response to relevant media reports on the “ten thousand people looting houses” and “crowdfunding for new projects” in the first phase of China Resources City Runxi and other hot real estates, on November 30, Zhang Xuefan, director of the Shenzhen Municipal Housing and Construction Bureau and party secretary, said that the current situation The upside down of the price of a second-hand house and the real estate speculation reported by the media. Government departments are studying comprehensive control policies to resolutely combat market speculation.

In Xie Yifeng's view, there are several major ways to crack down on real estate speculation on behalf of others: legislative crackdowns; review and review of sources of funds; and strict review and determination of housing qualifications.

Since the beginning of this year, regulatory policies have been overweighted and "patched"

This is not the first time the regulator has spoken out.

In fact, the property market in Shenzhen has been hot for almost a whole year, and policy "patches" are also being followed up.

At the beginning of this year, after the outbreak of the new crown pneumonia, when the national property market was still in a downturn, the Shenzhen property market directly entered the "hot" stage.

The new house market frequently reproduces the phenomenon of "sunlight" and "second light".

As the Shenzhen property market heats up, the "sky-price tea fee" has returned to the world.

The notice pointed out that the payment of "tea-drinking fees" and "name-changing fees" for purchases of houses involved many real estates such as the New Jin'an Haina Mansion, Yunxi Jinting, and Runheng City Minghui.

In response, the Baoan Housing and Urban-rural Construction Bureau will launch actions to crack down on illegal behaviors of real estate development companies and intermediary agencies that charge extra-price fees such as "tea fee" and "name change fee", including measures such as suspending the authority to sign all houses in the real estate involved.

Active speculators made the market panic.

In order to implement the guidance of "housing to live without speculation", Shenzhen's regulation and control "boots" are implemented.

"Shenzhen has introduced a package of measures such as purchase restriction, loan restriction, taxation, ordinary residential standards, and new housing opening supervision based on learning from Changsha's experience. It can be seen that the regulation is relatively strong." The industry insiders commented on the importance of the purchase restriction.

In this context, the second-hand housing market in Shenzhen has cooled down accordingly.

According to data from the Leyoujia Research Center, after the introduction of the "Shen Ba Tiao", the transfer volume of second-hand houses fell to 11,322 in August. On this basis, in September, October, and November, the transfer volume was 8,820, 5,049, and 5812 sets.

And because the new house under the limited price and the surrounding second-hand houses have a large upside-down range, and the individual prices even reach 50,000 yuan per square meter. Therefore, winning a house can "earn" a price difference of several million, and some people take the risk. Buying houses in the form of “holding on behalf of others”.

"In recent years, Shenzhen has done a lot of fruitful work on the supply side, such as increasing supply, advancing public housing construction, large-scale leasing, etc., but the control policies still need to be refined and scientific." Li Yujia said.

In Xie Yifeng's view, despite the current limited purchase and loan policy in Shenzhen, it is still possible to buy houses in the name of the company, or borrow fake marriages, divorces, and other channels to buy houses. Therefore, follow-up policies need to be added and "patched".

And after the official website of the Shenzhen Taxation Bureau dispelled rumors on December 1, the news that "Shenzhen's real estate tax collection pilot program will be launched on January 1, 2021", how should the Shenzhen property market be regulated next?

How to make Shenzhen's property market an orderly and healthy development?

"The financial sector must form a supervisory force with the housing and construction sector." Li Yujia believes that the most important thing to control the property market is to control the financial gates. Shenzhen should "strictly control" in this regard to control the illegal flow of funds to real estate.

At the same time, Li Yujia suggested that the pre-sale price of new houses should either follow the price of second-hand houses in the same area, or reduce the price difference between the two, so that there should be no artificial creation of huge profit margins.

Then, through the large-scale supply of new houses in various hot spots, the effect of "anchoring" the prices of the districts is achieved, and the goal of stable prices for new and second-hand houses is achieved.

In addition, in this process, it is necessary to prevent second-hand housing speculation and create a scene where second-hand prices are upside down.

Therefore, it is recommended to formulate a guide price for second-hand houses in the area, and form a reasonable supervision with new houses to jointly stabilize prices.

For ordinary housing demand, prices must be strictly controlled.

At the same time, tax adjustments are initiated. For example, for commercial housing (including new houses and second-hand houses) sold from today, personal income tax will be levied in accordance with verification in the second transaction, that is, 20% of the price difference between the purchase and sale.

Or the excess stamp duty of Hong Kong and Singapore can be adopted.

It is worth mentioning that, after several years of large-scale net influx of population and birth peaks, Shenzhen has now formed a comprehensive and continuous demand for housing purchases from rigid demand to improvement.

Therefore, the above-mentioned person further stated that the land available for development in Shenzhen is limited, and that it was mostly industrial land. In the future, it will change the land supply structure and continue to increase the supply of residential land.

In addition, some idle or vacant factory buildings and office buildings can now be converted into collective rental housing, through this multi-level supply structure to meet market demand. 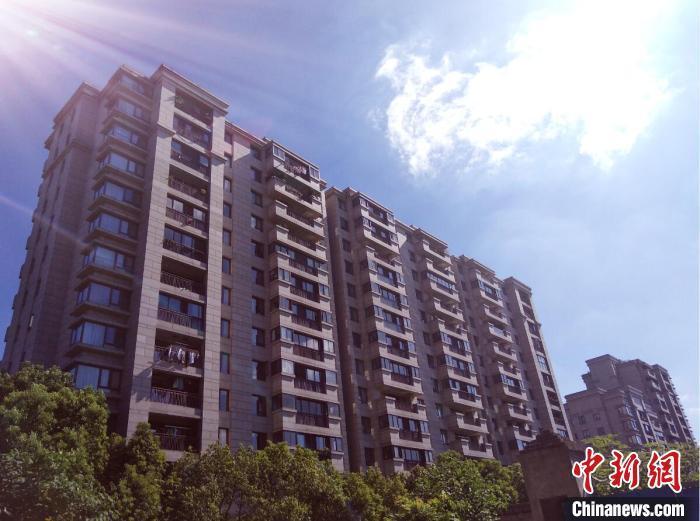 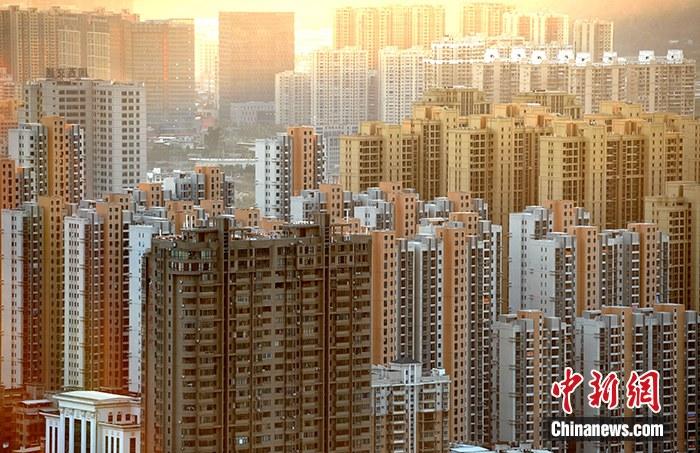 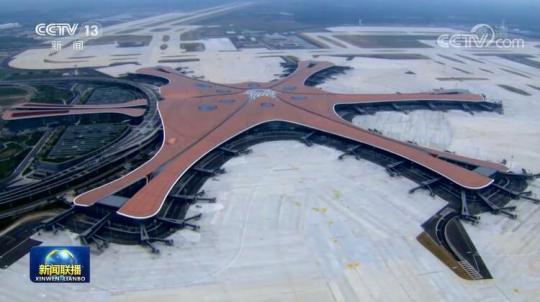 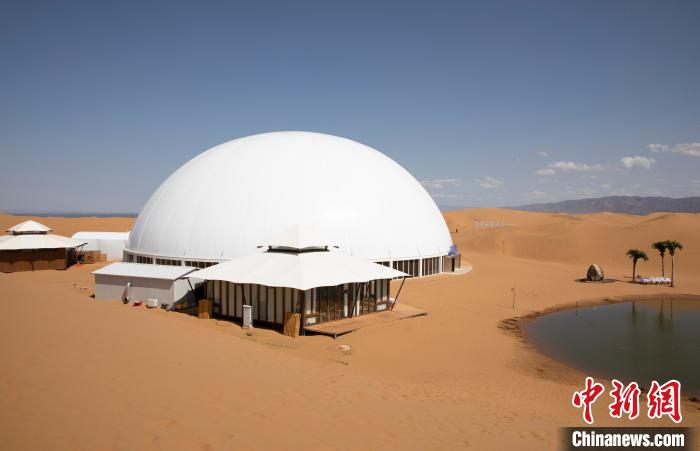