New Year's Day train tickets are issued. These flights are nearly half cheaper than high-speed rail

Sino-Singapore Jingwei Client, December 3 (Zhang Meng) Insufficient "balance" in 2020. Starting from December 3, 2021 New Year's Day train tickets will be robbed. Are you ready? Data map: Harmony High Speed ​​Rail. Photo by Sino-Singapore Jingwei These lines are the most popular   The New Year’s Day holiday of 2021 is from January 1st to the 3rd. According to the regulations on the sale of t 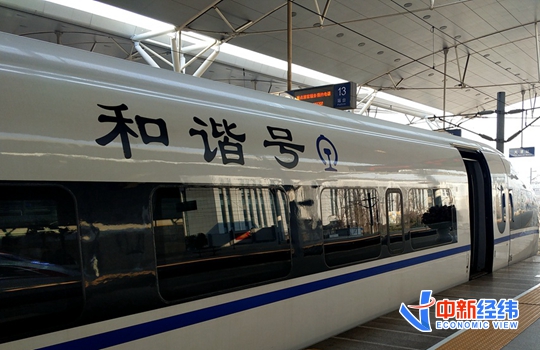 These lines are the most popular

The New Year’s Day holiday of 2021 is from January 1st to the 3rd. According to the regulations on the sale of train tickets on the Internet and telephone booking 30 days in advance, from today (3rd), passengers can purchase the 2021 New Year’s Day through the 12306 website and the "Railway 12306" APP Train ticket.

According to data from China National Railway Group, during the previous National Day holiday, the top 10 cities for the number of passengers arriving and sent by rail were Guangzhou, Beijing, Shanghai, Chengdu, Hangzhou, Shenzhen, Changsha, Wuhan, Chongqing, and Nanjing.

On the afternoon of December 2, the China-Singapore Jingwei reporter "Railway 12306" APP inquired and found that many trains on the day before New Year's Day (December 31) had no more tickets.

The staff of the railway department reminded passengers that the online starting time of train tickets for different railway stations is different.

So remember to book the alarm clock in advance to avoid missing the ticket time.

Beijing-Shanghai high-speed rail fares and services will be changed

From December 23, the Beijing-Shanghai high-speed rail will distinguish seasons, time slots, seats, sections, etc., according to passenger flow conditions, establish a flexible pricing mechanism, and implement high-quality and better prices, which may increase or decrease.

The implemented fare between the stations is based on the published fare as the upper limit, and a multi-grade and flexible fare system is implemented to provide passengers with more choices.

Floating fares are mainly related to the time required for the whole journey of each train. The basic feature is "faster cars increase in price, slower cars decrease in price".

The lowest fare for second-class seats on the Beijing-Shanghai high-speed rail is 498 yuan and the highest fare is 604 yuan.

In addition, according to "China Railway" Weibo news, before the end of 2020, the Beijing-Shanghai high-speed rail will pilot the "silent carriage" service.

This kind of carriage can provide passengers with a more quiet and comfortable travel environment. Passengers who are willing to abide by the corresponding code of conduct can choose the "quiet carriage" when buying tickets through the 12306 website and mobile client.

These flights are cheaper than high-speed rail

Even if you don't buy a high-speed rail ticket, it doesn't matter. A reporter from China-Singapore Jingwei found through a third-party ticketing platform that on New Year's Day, air tickets from Beijing to many cities are more affordable than high-speed rail, and individual flights are even more than half cheaper.

The price of these flights is over 40% cheaper than the second-class price of the high-speed rail.

In addition, there are 13 flights with prices ranging from 510 yuan to 797 yuan.

In addition, there are 22 flights with prices ranging from 530 yuan to 900 yuan.

The cheapest flight 3U8896 between Beijing and Chengdu costs only 350 yuan, which is more than half the price of the second-class high-speed rail, which costs 778.5 yuan between the two places.

The ticket price of 43 flights is between 400 yuan and 720 yuan, which are all cheaper than second-class high-speed rail.

Do many people worry about going out on New Year's Day?

A few days ago, Zhang Wenhong, director of the Department of Infectious Diseases at Huashan Hospital affiliated to Fudan University, said that you can go anywhere except a few high-risk areas in China.

In addition, wearing a mask, washing your hands frequently, and keeping your distance are the best prevention and control methods.