Large credit loans will be blocked from next week... Even'income independent' regulation

Credit loans with banknotes exceeding KRW 100 million or exceeding 200% of annual income will be stopped in earnest starting next week. Earlier, on the 13th, the financial authorities announced that they would implement the '40% total debt repayment ratio' regulation on credit loans exceeding 100 million won for high income earners with an annual income of over 80 million won from the 30th. Or earlier, banks are going to'tighten' themselves. 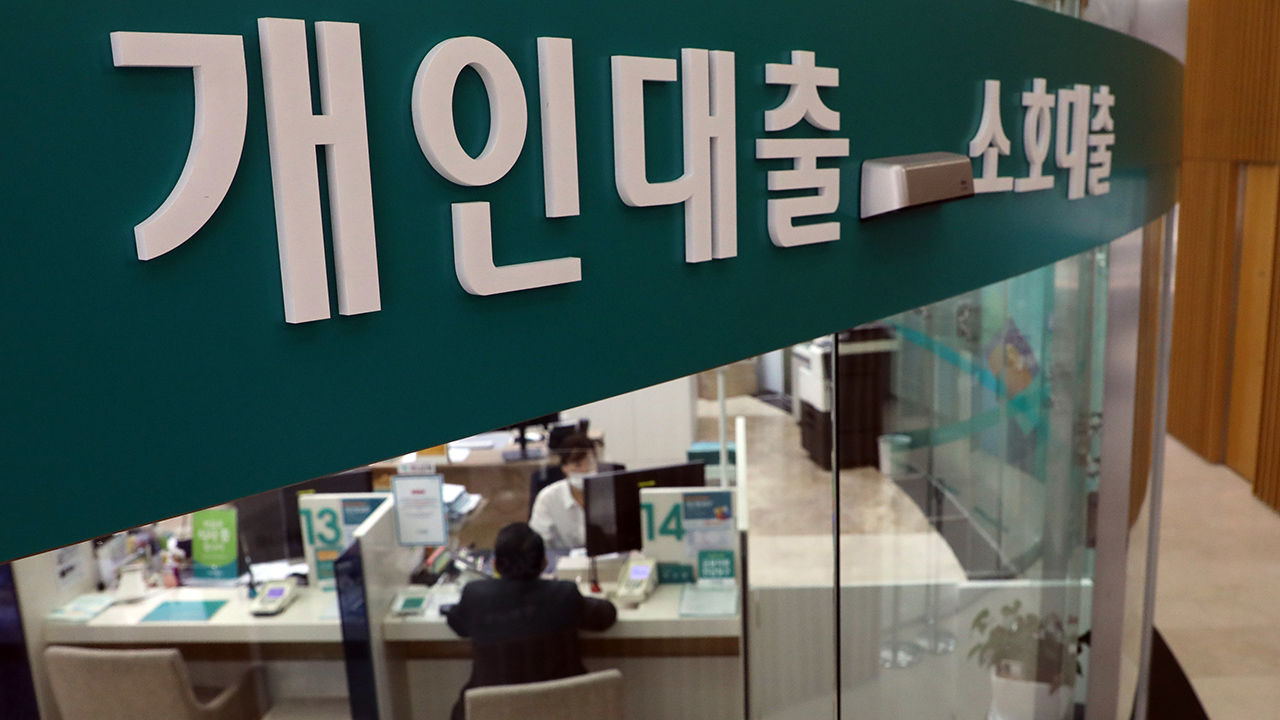 Credit loans with banknotes exceeding KRW 100 million or exceeding 200% of annual income will be stopped in earnest starting next week.

Earlier, on the 13th, the financial authorities announced on the 30th that they will implement the'Total Debt Principal Repayment Ratio (DSR) 40%' regulation on credit loans exceeding 100 million won for high income earners with an annual income of over 80 million won. About a week or so in advance, the banks are going to'tighten' themselves.

This is because the task of managing the total amount of loans fell on the rise due to a surge in credit loans of 1.5 trillion won in just one week after the regulatory announcement by the authorities.Some banks have a DSR of 40% for loans exceeding 100 million won regardless of income. We are preparing even stronger self-regulation than government guidelines, such as applying regulations.

DSR is a value obtained by dividing the repayment of principal and interest not only for mortgage loans, but also for all household loans such as credit and card loans, by annual income, and indicates the level of loan burden to income.

The target of the'DSR 40% for credit loans exceeding 100 million won', which the financial authorities announced on the 30th, is for high income earners with an annual income of more than 80 million won, but KB Kookmin Bank has a credit loan of 100 million won regardless of income. We plan to apply the regulation beyond this.

In addition, KB Kookmin Bank decided to pay only within 200% of annual income from the 23rd with the aim of suppressing excessive credit loans compared to income.

Woori Bank is also planning to implement restrictions on credit loans exceeding KRW 100 million in next week 30 days ahead.

An official from Woori Bank said, "The regulatory enforcement time announced by the authorities is 30 days, but Woori Bank will shorten the schedule and implement it early as soon as the related computer system development work is completed." "It's distributed internally."

He said, "Not only at Woori Bank, but also in recent meetings between banking practitioners, there was a common story of early enforcement of regulations."

Although the Agricultural Cooperatives are not regulated by DSR, they are suppressing credit loans by reducing the loan limit and preferential interest rate one after another.

From the 18th, the preferential interest rates of excellent and general credit loans were reduced by 0.2% points (p) and 0.3% points, respectively, and from the 20th, the credit limit for high-income people with an annual salary of more than 80 million won was reduced to'annual income. Reduced to less than 2 times.

Previously, for example, Supofroron for professionals was 200 million won, and Mediproron for doctors 250 million won. It means that it prevents you from receiving credit loans of more than ).

As such, banks strongly block credit loans ahead of the authorities' regulations, until the end of the year as credit loans in temporary demand have increased significantly after the government's announcement of credit loan regulations on the 13th. This is because there is a greater likelihood of not meeting this year's total loan target.

According to the statistics on the credit loan performance of each bank, KB Kookmin, Shinhan, Hana, Woori, and NH Nonghyup's credit loan balance as of the 19th amounted to 131.3 trillion won.

This is an increase of 1.53.1 trillion won in just 7 days, compared to 1295 trillion won the day before the regulation announcement.

In particular, the number of new negative bankbooks opened on the 1st of the five major banks jumped from 1,931 on the 12th to 4,82, which nearly doubled on the 18th.

It is interpreted that the fact that the limit of negative bankbooks opened after the 30th regulation was implemented is added to the total credit loan amount.

Regarding the regulation of early credit loans in the banking sector, an official from the financial authorities said, "Every year, banks submit their plans to the financial authorities in this way, how much is annual credit and how much mortgage loans. This goal is not well followed by Corona 19." When I got it from banks in September, some banks had too many loans than their original target.”

"Therefore, I pointed out the facts that are too different from the plan, and it seems that banks have adjusted themselves to take these things into account," he explained.