Yesterday, ADNOC Distribution announced an increase in basic profits during the first nine months of 2020 (before deduction of interest, tax, depreciation and amortization) to reach AED 2.554 billion, while net profit increased to reach AED 1.581 billion. The company stated in a statement yesterday that the profits 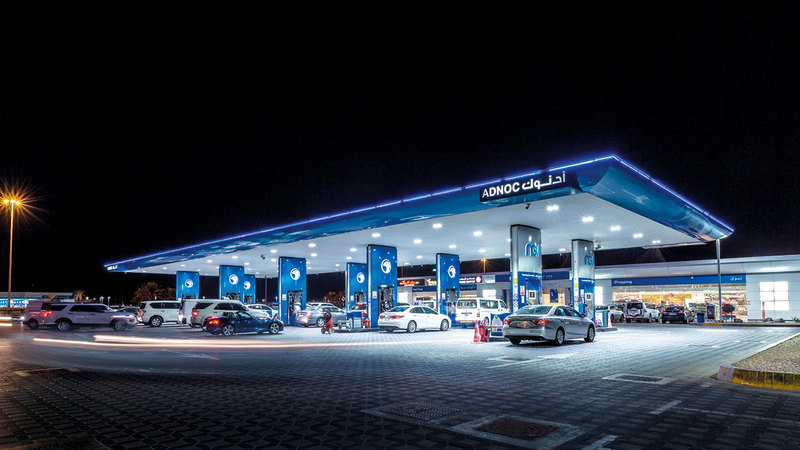 It recorded 6.8 billion dirhams of "liquidity" ... of which 4 billion were in the form of cash and its equivalent

Yesterday, ADNOC Distribution announced that basic profits during the first nine months of 2020 (before interest, tax, depreciation and amortization) rose to 2.554 billion dirhams, while net profit increased to 1.581 billion dirhams.

The company stated in a statement yesterday that the basic profits before deducting interest, tax, depreciation and amortization during the third quarter amounted to 1.132 billion dirhams, while the net profit amounted to 671 million dirhams.

ADNOC Distribution confirmed that it showed a strong and flexible performance, with a focus on achieving smart growth during the first nine months of this year, despite the exceptional circumstances imposed by the emerging corona virus (Covid 19).

The company pointed out that the quantities of retail fuel sold have continued to gradually improve since late June 2020, after being affected primarily by the repercussions of the "Covid-19" virus, as the quantities of fuel sold during the third quarter increased by 24% compared to the previous quarter.

The company emphasized that while it continued to apply the highest standards to maintain the health and safety of its customers, employees, and the communities it serves, it has also continued to accelerate the implementation of its strategy for smart growth by opening 37 new stations in the country by the end of September 2020, including 11 stations in Dubai. This represents six times the number of stations opened during the same period last year.

The company is also moving forward with its plans to open between 50 and 60 new stations during the year 2020, including 20-25 stations in Dubai, pointing out that since the announcement of the launch of the concept of “On-the-go” stations in November 2019, the company has opened 25 stations of this model during the first nine months of 2020, with plans to open more soon.

Acting CEO of ADNOC Distribution, Ahmed Al Shamsi, said that the company's financial results during the third quarter reflected its commitment to its strategic priorities to achieve sustainable growth and upgrade customer experience, while achieving rewarding returns on investment for the benefit of shareholders.

He added: “Through our focus on innovation and accelerating the implementation of our digital strategy, in addition to improving the quantities of fuel sold, we were able to support our strong financial results during the first nine months of the year 2020, and we are continuing our efforts to expand our network across the Emirates, with a focus on residential neighborhoods. Where it was not easy to provide refueling services. ”

He pointed out that the company will go ahead with its plans to invest its capital in a deliberate manner through a disciplined strategy aimed at continuing its efforts to expand its network of stations with a focus on the Dubai market, in addition to investing in non-fuel fields and expanding internationally.

The second part of the dividend in April 2021

The second part of the dividend is expected to be paid in April 2021.

Doubling the free circulation ratio to 20%

On September 14, 2020, ADNOC announced the completion of a private placement process for 1.25 billion shares of ADNOC Distribution, and selling them to investment institutions.

This offering represents a 10% stake in the company's shares, leading to an increase in the free circulation ratio to 20%, which contributes to expanding the investor base in the company and providing liquidity for its shares to trade on the Abu Dhabi Stock Exchange.

This deal reflects the great demand for ADNOC Distribution shares, which came as a result of the company's strong performance and flexibility in dividend distributions since the initial public offering of its shares in 2017.