The head of French diplomacy Jean-Yves Le Drian was this Sunday, November 8 in Egypt. In particular, he spoke with the sheikh of the Al-Azhar mosque who continued to criticize the ... 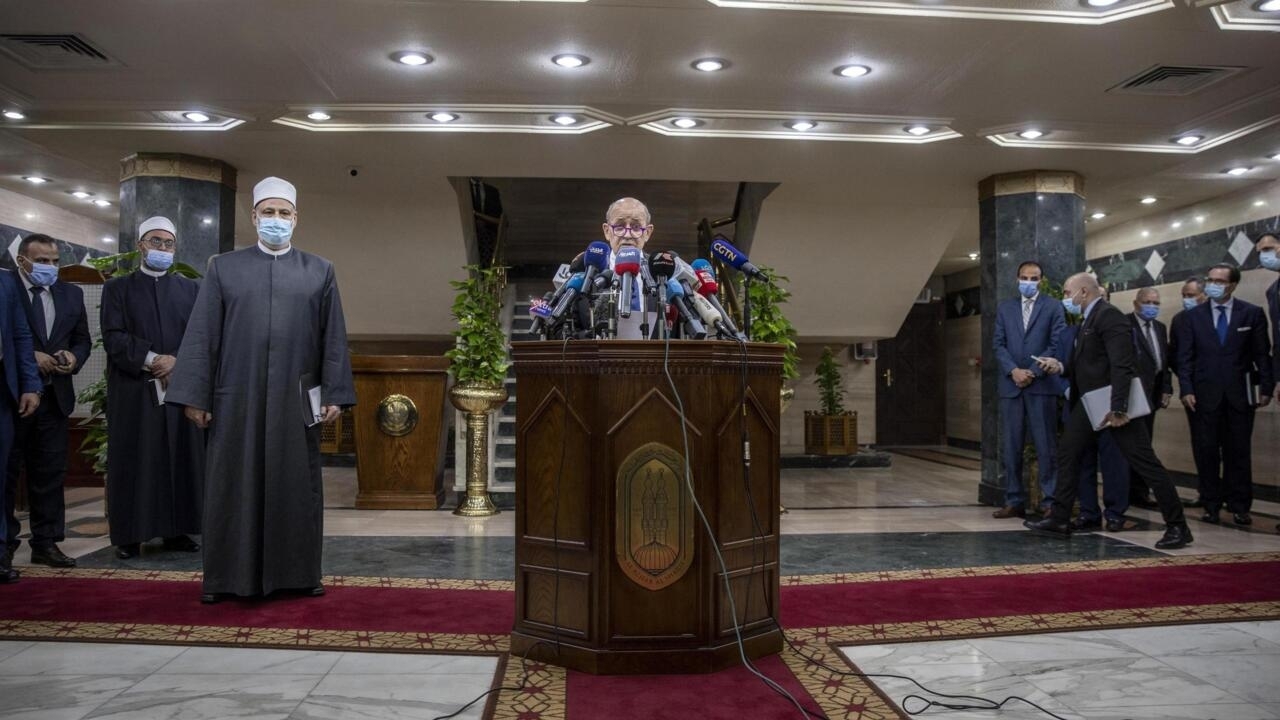 French Foreign Minister Jean-Yves Le Drian at a press conference after his meeting with the Grand Imam of Al-Azhar on November 8, 2020 in Cairo.

The head of French diplomacy Jean-Yves Le Drian was this Sunday, November 8 in Egypt.

He notably spoke with the Sheikh of the Al-Azhar Mosque who continued to criticize the insults against the Prophet Muhammad.

Protocol requires, Jean-Yves Le Drian spoke alone in the reception hall of the Al-Azhar mosque, the grand imam of the Islamic institution being above the French minister.

The two men however spoke for nearly an hour this Sunday afternoon in Cairo, in particular to try to defuse the tensions that have existed between France and the Arab world for two weeks.

But during his short statement to the press, the head of French diplomacy did not have a word on this specific point.

He preferred to recall France's attachment to Islamic culture and the need to work together.

Finally, I underlined that beyond the means that we deploy to combat this fanaticism, there is an equally important fight to be waged in the field of ideas.

The Grand Imam proposed that we work together to deepen this common convergence.

And of course, we accepted,

Behind these good tone words, the al-Azhar mosque responded vehemently through a press release in which it continues to condemn any insult to the Prophet Muhammad, whether in substance as much as in form and says to reserve the right to prosecute the perpetrators of blasphemy before international justice.