Constructing a spatial layout for high-quality development: which areas will become the focus of development

On October 29, the communique of the Fifth Plenary Meeting of the 19th Central Committee of the Communist Party of China was released. The plenary session proposed to optimize the spatial layout of the country and promote coordinated regional development and new urbanization. Persist in the implementation of major regional strategies, regional coordinated development strategies, and main functio

On October 29, the communique of the Fifth Plenary Meeting of the 19th Central Committee of the Communist Party of China was released.

The plenary session proposed to optimize the spatial layout of the country and promote coordinated regional development and new urbanization.

It is necessary to build a new pattern of land and space development and protection, promote coordinated regional development, and promote a new type of urbanization centered on people.

Feng Kui, deputy director of the Central Economic Committee of the China Democratic League and researcher of the China Urban and Small Town Reform and Development Center, analyzed by China Business News that the Central Plenary Session proposed that the long-term goal of socialist modernization should be basically achieved by 2035, and land space should be the carrier of all development activities. , We must take the promotion of high-quality development as the theme to provide a fundamental guarantee for achieving high-quality development.

Feng Kui analyzed that in terms of the layout of land and space, it is necessary to strengthen the implementation of the country’s major regional strategies, regional coordinated development strategies, and main functional zone strategies; it is necessary to scientifically plan high-quality urban spaces, optimize the industrial space layout, and create beautiful and livable areas. Rural space, build an ecological space with beautiful mountains and clear waters.

At present, there is still a lot of potential to be tapped in some space utilization, that is, to optimize the space structure.

Niu Fengrui said that some places with relatively large space development should have corresponding resource allocation, which can improve the country's overall factor allocation efficiency.

Only with the improvement of resource allocation efficiency can the quality of economic development be improved and resources can be better saved.

In the process of optimizing land and space, a major strategy for regional development is critical.

In the future, the connotation of this system will be deepened and the content will be enriched.

Giving full play to the comparative advantages of various regions, especially enhancing the leading and leading role of central cities, metropolitan areas, and urban agglomerations, is a new requirement for my country's regional economic development.

Since 2018, the central government has repeatedly emphasized the need to play the leading role of central cities and urban agglomerations.

The fifth meeting of the Central Finance and Economics Committee held on August 26 last year pointed out that the current spatial structure of my country's economic development is undergoing profound changes, and central cities and urban agglomerations are becoming the main spatial forms that carry development factors.

To promote coordinated regional development under the new situation, it is necessary to adjust and improve the regional policy system in accordance with objective economic laws, give play to the comparative advantages of various regions, promote the rational flow and efficient agglomeration of various elements, enhance the motivation for innovation and development, accelerate the construction of a high-quality development power system, and enhance The economic and population carrying capacity of regions with economic development advantages such as central cities and urban agglomerations.

Niu Fengrui said that encouraging the development of central cities, metropolitan areas, and urban agglomerations conforms to the objective laws of economic development and urban development, and is also an inevitable trend and requirement for optimizing the allocation of land and space.

The areas where central cities and urban agglomerations are located are areas with relatively good resource allocations. “City dense areas should be the result of our land space optimization. If we follow this development trend further, we can achieve better development quality.”

"Within a certain size limit, the efficiency of resource allocation is getting higher and higher as the scale of the city expands." Niu Fengrui said that at present, the development of urban agglomerations and metropolitan areas and the improvement of the driving capacity of central cities are current The main focus is that these places are also the focus of investment and the center of innovation.

There is still a lot of room for new urbanization

The plenary session mentioned that we must promote a new type of urbanization centered on people.

Facing the long-term goal of modernization, a new type of urbanization should make a difference and at the same time have a lot to do.

Under China's national conditions, the process of modernization is also a process of increasing the number of new citizens and improving their quality.

At the "China's New Urbanization Theory, Policy, and Practice Forum 2020" held on September 25 this year, Cai Fang, vice president of the Chinese Academy of Social Sciences, said that the current urbanization rate counts all migrant workers.

Cai Fang gave an example. Some studies have shown that if migrant workers are converted to urban household registration, even if their wages do not increase, they can increase consumption by 27%.

Feng Kui said that a new type of urbanization centered on people is not only an inevitable requirement for modernization, but also an important means of modernization.

Grasping the new-type urbanization centered on people is fundamentally a true expression of the people-oriented concept of governance.

At the same time, advancing a new type of urbanization centered on people will play a major role in expanding domestic demand, stimulating investment growth, and discovering the greatest potential for China's long-term growth.

Business 2020-10-29T18:45:12.097Z
Constructing a spatial layout for high-quality development: which areas will become the focus of development 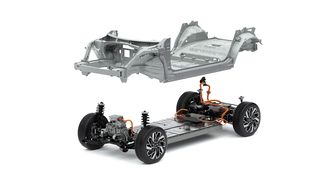