Dubai Land calls for reading contracts before signing them

The Dubai Land Department called on those wishing to buy a property for any purpose to first read the contract between him and the real estate developer well, and in all its precise details, at a time when the head of the representative committee for the real estate sector in the Sharjah Chamber of Commerce and Industry, Saeed Ghanim Al Suwaidi, revealed that the buyer 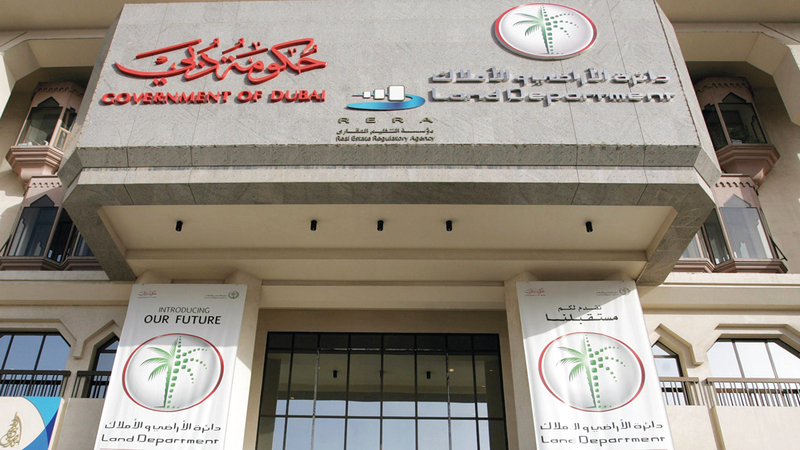 Sharjah Chamber: The unified contracts in the emirate alleviated many conflicts

Dubai Land calls for reading contracts before signing them

The Dubai Land Department called on those wishing to buy a property for any purpose to first read the contract between him and the real estate developer well, and with all its accurate details, at a time when the head of the representative committee for the real estate sector in the Sharjah Chamber of Commerce and Industry, Saeed Ghanim Al Suwaidi, revealed that Sharjah It allows for unified contracts between developers and investors by the Sharjah Real Estate Registration Department, which greatly contributed to reducing and closing the field for many disputes and complaints.

In detail, the Dubai Land Department, in its response to the newspaper’s inquiries regarding the possibility of standardizing contracts, said that “whoever wishes to buy a property in Dubai for any purpose, must first read the contract between him and the real estate developer well, and with all its precise details, and if he cannot Therefore, he must seek the assistance of those concerned in this specialization, which are law firms, or a specialized person.

The department stressed that it legalized the buying and selling process in a very simple and clear manner, in a way that protects all parties to the real estate relationship.

For his part, the head of the representative committee for the real estate sector in the Sharjah Chamber of Commerce and Industry, the head of "Al-Ghanim Real Estate Company", Saeed Ghanem Al-Suwaidi, said that standardizing contracts between developed real estate companies and dealers or investors is an important matter that provides an umbrella to protect the rights of both parties, especially the investor who may He faces difficulties in fully comprehending the terms of all contracts, which are in long cases and contain multiple pages in a way that makes them difficult to read completely.

Al Suwaidi confirmed that Sharjah allows unified contracts between developers and investors by the Sharjah Real Estate Registration Department, which has greatly contributed to reducing and closing the field in front of many disputes and complaints, by adhering to standards and conditions that the department has reviewed well and approved, including protecting the interest of companies and investors. Both.

And he believed that in the real estate market in general, the keenness to create unified contracts will of course yield several benefits to investors in the sector, because the developing companies are always interested in naturally setting terms and conditions that protect their rights more.

He explained: “It is possible that companies will face delays in the implementation and delivery of their projects, given different circumstances, and when there are unified contracts under the auspices of a legal authority, the reasons for the delay are studied, and whether they are due to circumstances beyond the control of the market, or the developer itself, to take action. According to the clauses documented in the contracts », stressing that there are investors who have benefited from the principle of the unified contract in Sharjah.

The responsibility of the investor

Al-Suwaidi warned that the investor has a great responsibility in dealing with contracts concluded with companies, pointing out that some do not read or are sufficiently aware of the conditions in those contracts, and if there are legal points that need specialists, he does not seek the help of any legal advisor to understand Those points only after facing any challenge or problem, while the companies have a team of legal advisors who review the terms of the contracts in a way that guarantees all their rights.

He continued: “The investor should not be obliged to quickly sign the contract before fully reading it, and understand its terms, either alone, or seek the help of consultants specialized in the real estate and legal sectors. Consequently, the investor is responsible for the contract that he signs and accepts all of its conditions, and if he feels that Any items that do not fit with him, he has the right to search for a better and more suitable alternative for him among real estate companies, especially with the markets characterized by diversity and competitiveness.

Al-Suwaidi pointed out that some investors - unfortunately - do not have sufficient legal knowledge of the terms of the contracts, and he quickly signs them under any pressure, and then he is surprised after that by the effects of those contracts, but he will be responsible at that time for the requirements that he signed to abide by, and therefore, the standardization of contracts from The very positive things that protect both sides.

The legal advisor, Shawq Al-Kathiri, said that "the contracts of most developers are unjustifiable length, and include details that raise suspicion at times, and always seek the interest of the developer, and sometimes include construction phrases with one content and different formulations, which makes it difficult for many to understand their significance, not the ordinary investor."

She added, "In most cases, the difficulty lies in the origin of the contract, meaning that there are many developers resorting to foreign offices to draft their contracts, and with the difference in culture and legal reference, some problems appear."

Al-Kathiri added: “But this does not prevent setting minimum limits that developers must include in the contracts in a clear and unambiguous and concealed manner, and that its wording is clear indicative of what is meant by it, and the most important of these clauses are the date of delivery, and the description of what is sold is a description that denies ignorance, And that the contract includes an unambiguous definition of the net area of ​​sale ».

"Some investors do not have sufficient legal knowledge of the terms of the contracts and sign too quickly."

“(Dubai Land) recommends the use of law firms, or a specialized person to read contracts.”

Two real estate developers agreed in their response to "Emirates Today" that "the contract is Sharia for contractors."

The real estate developer, Chairman of the Board of Directors of GBG, Ali Al-Salami, said, "The issue of the problem in sales contracts in the real estate market is not new."

He added: “The Land Department intervened previously, specifically after the 2008 crisis, and enacted some laws regarding initial contracts, including that all real estate developers approve the sales contract with the department before offering real estate units for sale, and that each project has a sale contract previously approved by the department. Land and property without forcing all developers into a unified form of contract, based on the known legal rule that (the contract is the Sharia of contractors).

He continued: “In terms of unifying sales contracts in the real estate market as a whole, it has its pros and cons, while reminding us again of the principle that (the contract is the Sharia of contractors).”

He explained, "I think it is possible to standardize sales contracts at a rate of 90%, while leaving 10% of the clauses for the developer himself, as each developer has his own mechanism, method, and different vision, and what he deems good for him and the investor who wants to buy from him."

The real estate developer and Chairman of the Board of Directors of "Al-Waleed Investment Company", Muhammad Al-Mutawa, agreed that investing in real estate needs to study the market and contracts by the investor himself before signing them, reiterating that "the contract is the Sharia of contractors." 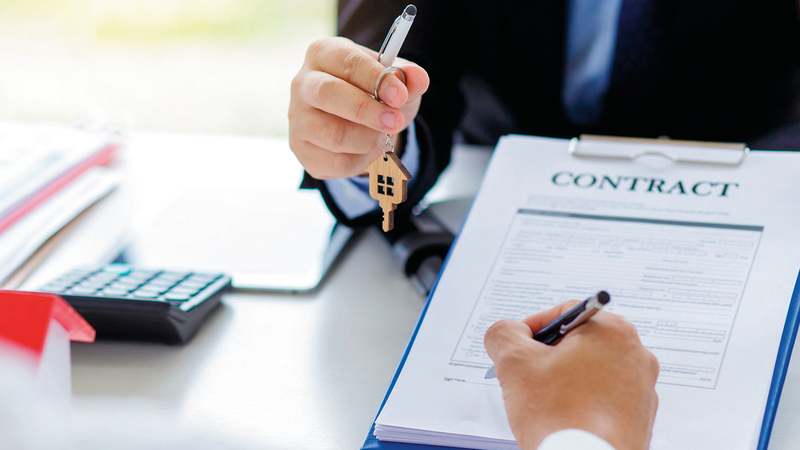 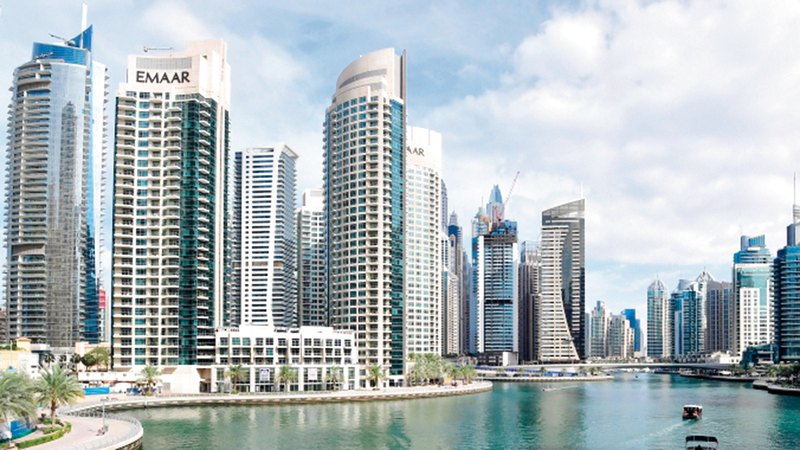 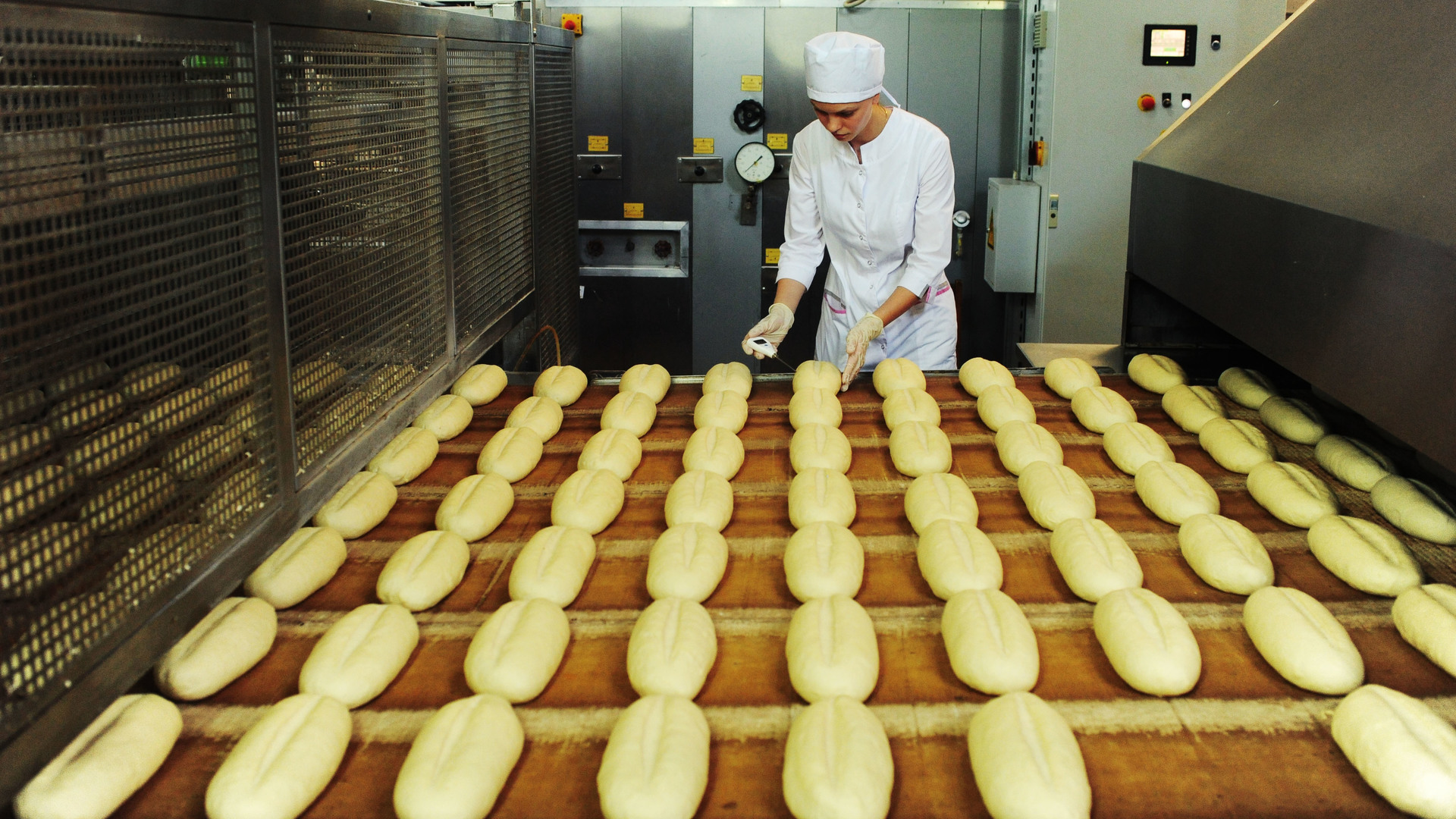