Blockchain has become the "new responsibility" for new infrastructure planning in ten provinces and cities, and data confirmation is "the brightest"

Blockchain has become the "new responsibility" for new infrastructure planning in ten provinces and cities, and data confirmation is "the brightest"   Our reporter Li Bing   Trainee reporter Zhang Bo   The "new infrastructure" that collaborates with information technologies such as 5G and blockchain is pressing the fast forward button for my country's digital economy.   New infrastructure is

Blockchain has become the "new responsibility" for new infrastructure planning in ten provinces and cities, and data confirmation is "the brightest"

The "new infrastructure" that collaborates with information technologies such as 5G and blockchain is pressing the fast forward button for my country's digital economy.

New infrastructure is not a new term.

As early as the end of 2018, the Central Economic Work Conference proposed for the first time to strengthen the construction of new infrastructure.

Since the beginning of this year, the central government has emphasized the importance of new infrastructure more frequently and more vigorously. Various provinces and cities have actively deployed and the industry has accelerated follow-up. For a while, "new infrastructure" has become a hot search word.

On April 20, the National Development and Reform Commission officially included the blockchain in the scope of the new infrastructure at a press conference.

What kind of expectations have been reported?

The "Securities Daily" reporter conducted an incomplete statistical analysis of the new infrastructure plans of various provinces and cities to find out.

Since the concept of the new infrastructure was clearly defined on April 20, according to incomplete statistics by reporters from the Securities Daily, in the new infrastructure-related planning policies issued by the local governments of 15 provinces and cities, 10 provinces and cities have focused on blockchain technology. And planning, the blockchain has different goals, and the overall is more pragmatic. The data verification has attracted much attention, and there are many plans for the number, type, and investment of blockchain applications.

Yuan Yuming, CEO of FireChain Technology and Dean of FireChain Research Institute, told a reporter from the Securities Daily: “From the perspective of new infrastructure plans in various provinces and cities, digital confirmation is the most eye-catching. First of all, digital confirmation is the future gateway to the Internet of Value. The foundation has a wide range of positive externalities. The construction of this infrastructure must rely on the government’s public investment; secondly, the data confirmation process involves multi-field coordination, and a lot of expertise is required from the legislative level, the mechanism design level, and the transaction circulation link. With the participation of sexual institutions, the government-led process can more effectively coordinate the resources of all parties and speed up the corresponding construction process; Moreover, the current industrial blockchain development is still in the early stage of industry development, and the government-led data confirmation process can be Effectively boost market confidence and at the same time stimulate market creativity."

Shenzhen will speed up data legislation

Explore the establishment of mechanisms for data confirmation

For data to become digital assets, the most important thing is to confirm the rights of the data.

Traditional methods of affirmation use the mode of submission of ownership certificates and expert review, but they lack technical credibility and have uncontrollable factors such as potential tampering.

Data assets can be confirmed, and a data valuation model needs to be established to price data to facilitate safe transaction flow.

In the Shenzhen Municipal People’s Government’s implementation opinions on accelerating the construction of new infrastructure (2020-2025), the data confirmation aspect is more specific, emphasizing that data legislation will be accelerated.

The opinions pointed out that speed up the cultivation of data element market; speed up data legislation, explore the establishment of mechanisms for data confirmation, transaction, and circulation; improve the open sharing mechanism of government data, create conditions to promote the opening of public data and social data resources; enhance the value of data resources, and build a foundation The blockchain technology data resource trading platform promotes the in-depth development and utilization of data element resources; strengthens data security protection, and strengthens the protection of government data, corporate business secrets and personal data.

"Blockchain technology is suitable for data right confirmation, which is the basis for data sharing and data protection, and can further promote the establishment of the data element market." Zheng Lei, director of the Digital Economy Research Center of the International Academy of New Economics, explained to a reporter from the Securities Daily Dao: "Data elements are one of the important factors of production and an important driving force of the digital economy. The key issue that needs to be solved is how to balance data use and rights, and establish a data transaction market, in order to give full play to the productivity role of data. From According to the relevant documents of Shenzhen, it is of great significance to explore data element accounting, data sharing and rights protection, and establish a data element trading market."

Yuan Yuming further pointed out that blockchain technology can play the most important role in the confirmation of data rights. In the blockchain technology, the data on the chain cannot be tampered with, digital signatures, smart contracts, encryption methods, and traceability characteristics realize the determination of the ownership of digital data. The whole process of data generation, collection and use is managed, and information leakage can be traced back to accountability, which greatly improves data protection security and reduces the difficulty of data verification. On this basis, it can be better combined with specific application scenarios. The economic value of data on the chain realizes the value transmission of data.

In addition to Shenzhen, Beijing's new infrastructure related plans propose to explore the security and credibility of data circulation.

The "Beijing Action Plan for Accelerating the Construction of New Infrastructure (2020-2022)" stated that it explores the use of blockchain technology to improve industry data transactions, regulatory security, and integrated application effects.

Combined with the construction of free trade pilot zones, support the development of blockchain applications for e-commerce, electronic transactions and cross-border digital trade, and improve the security and credibility of various transactions and data circulation.

Emphasize the compilation and improvement of public data catalogs, unify data access norms and standards, improve the operation and review mechanism of the catalog blockchain, and promote the sharing and opening of multi-level government data and social data.

Sun Yulin, a blockchain analyst at Zero One Think Tank, a reporter from Securities Daily said frankly: “The most important problem that blockchain solves in digital asset transactions is the problem of asset mapping, or asset digitization. Blockchain is in the field of digital asset transactions. The application of the company will gradually change from the initial process of issuing currency financing and then finding asset mapping to the process of anchoring assets and then confirming rights transactions."

In addition, Sichuan Province focused on digital copyright in documents related to new infrastructure construction. The "Action Plan for Accelerating the Construction of New Infrastructure in Sichuan Province (2020-2022)" pointed out that it will promote the use of blockchain in government services, financial services, Innovative applications in the fields of logistics and warehousing, digital copyright, and traceability of agricultural products, build a blockchain pilot platform for open sharing of government data, blockchain infrastructure such as "Shuxin Chain", and build an intellectual property financing service platform based on blockchain technology to explore Establish a digital asset trading platform based on blockchain technology.

Focus on the implementation of blockchain applications

Clarify relevant indicators in many places

In addition, the "Securities Daily" reporter combed and found that many areas have clearly planned various indicators of blockchain application, and the overall is relatively pragmatic.

In terms of the number of applications, Fujian Province stated in the "Notice of the Three-year Action Plan for New Infrastructure Construction (2020-2022)" that it will deploy and build a blockchain platform in an orderly manner.

In terms of application types, Sichuan Province will accelerate the advancement of core technologies such as blockchain privacy protection, cross-chain control, and network security, as well as integrated innovation and integrated applications.

It is proposed in the "Action Plan to Accelerate the Construction of New Infrastructure in Sichuan Province (2020-2022)", which will promote the innovative application of blockchain in the fields of government services, financial services, logistics and warehousing, digital copyright, and traceability of agricultural products to create a government Data open sharing blockchain pilot platform, "Shuxin Chain" and other blockchain infrastructures.

In terms of application investment, the "Chongqing City New Infrastructure Major Project Construction Action Plan (2020-2022)" pointed out that the relevant plans for exploring the application of a new generation of information technology such as blockchains pointed out that the establishment of professional field deposit preservation, electronic evidence collection, Information security service platforms such as digital signatures and password management.

Seven projects are planned to be implemented with an investment of about 900 million yuan.

Regarding the current development prospects of blockchain technology in the country, Sun Yulin pointed out: “It can be viewed from two aspects. On the one hand, large enterprises are accelerating their deployment in the technical field of blockchain, while small and medium-sized enterprises continue to promote technological innovation; on the other hand, In terms of regional development, the pattern of leading the development of the blockchain industry in Beijing, Hangzhou and Shenzhen has clearly formed. Among them, Beijing has a relatively good blockchain financing environment, and Hangzhou has gathered a group of relatively mature blockchain technologies. Shenzhen has the advantage of a policy of first testing new technology applications.” (Securities Daily)

Business 2020-10-17T17:04:01.648Z
Blockchain has become the "new responsibility" for new infrastructure planning in ten provinces and cities, and data confirmation is "the brightest" 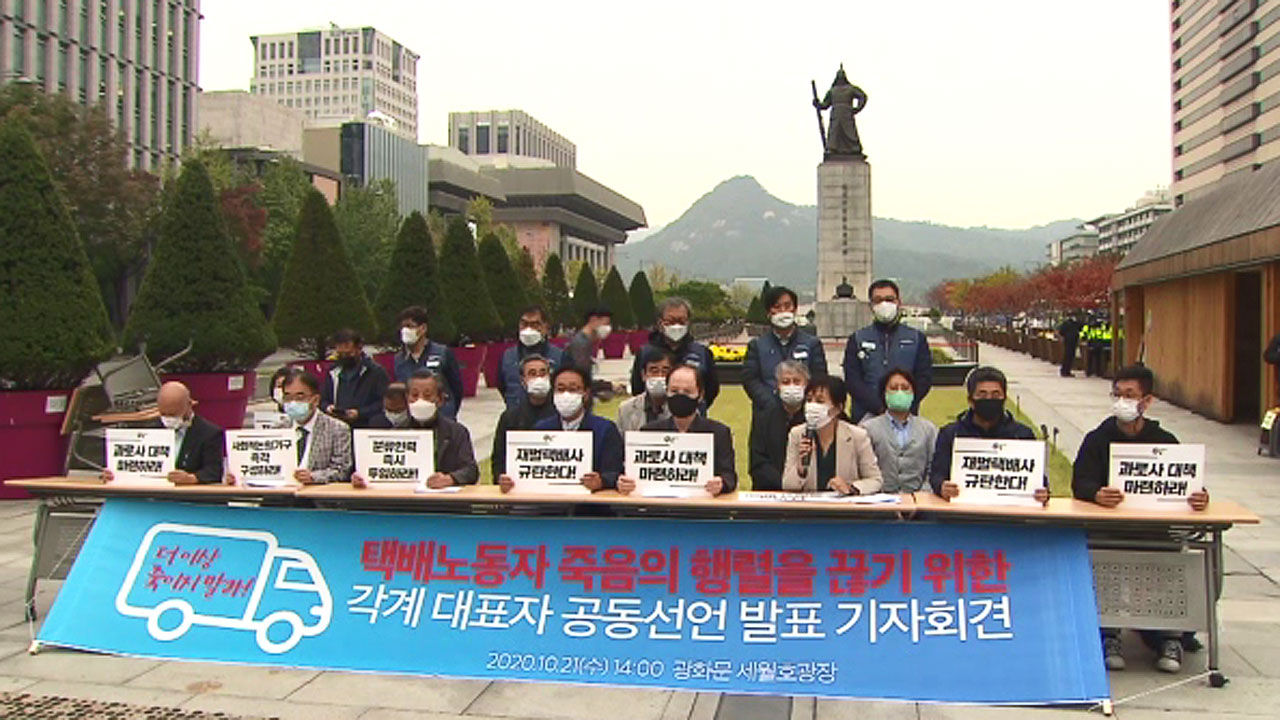