More than half of consumers who asked for "home delivery" were rejected. Why is the last mile so difficult?

Data map. Photo by Zhang Shunan, China-Singapore Jingwei   Sino-Singapore Jingwei Client, October 14th (Liang Ji) The 20-jin rice courier bought online was placed directly in the courier cabinet without calling. The fresh fruit bought did not see the text message prompt and left it at the station for a few days. It broke directly...Have you ever had a similar experience as a lover of online sho 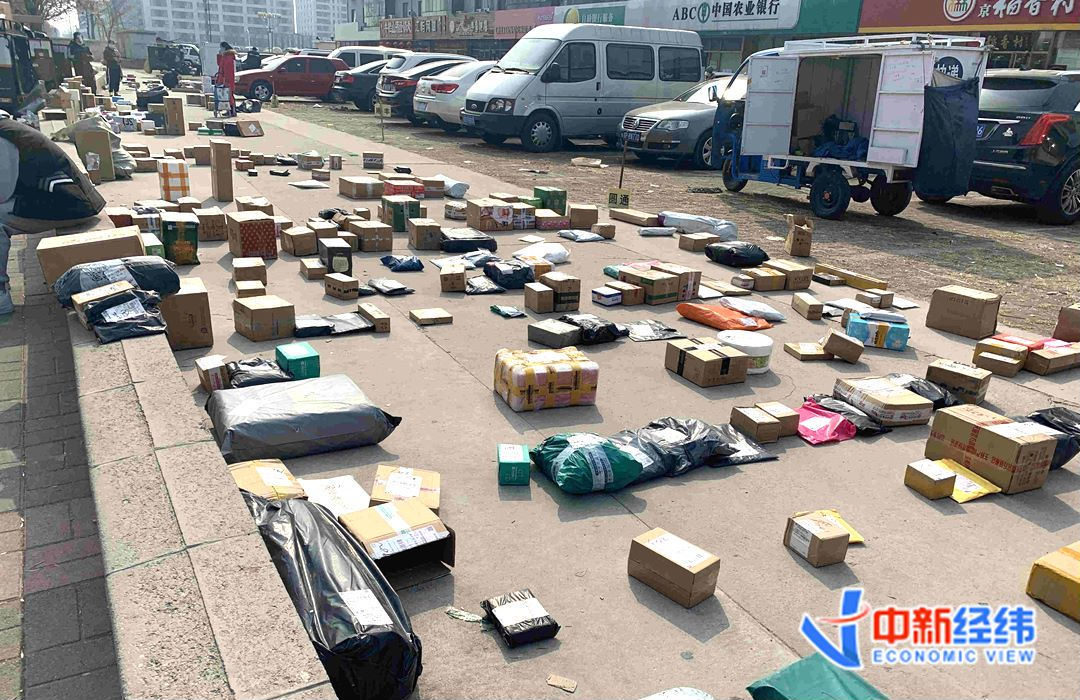 Sino-Singapore Jingwei Client, October 14th (Liang Ji) The 20-jin rice courier bought online was placed directly in the courier cabinet without calling. The fresh fruit bought did not see the text message prompt and left it at the station for a few days. It broke directly...Have you ever had a similar experience as a lover of online shopping?

Recently, a number of consumers told reporters from China-Singapore Jingwei that they have repeatedly encountered cases where couriers placed items in express cabinets without consent.

Some consumers said: "Let’s make a complaint, I feel that a trivial matter is not worthwhile; if you don’t complain, you feel that your reasonable rights have been violated, which does cause inconvenience and feel very uncomfortable.

Mr. Xue, who lives in Fengtai District, Beijing, told the Zhongxin Jingwei reporter that he had encountered many times when couriers put items into express cabinets without telling them.

Only a few days ago, I received a large item and the courier could not put it in the express cabinet, so I called myself.

Mr. Liang, who lives in Chaoyang District, Beijing, also told the China-Singapore Jingwei reporter that he has repeatedly encountered couriers who placed items in the express cabinet without consent, and did not call but only informed by SMS.

Mr. Liang said that he had made a complaint on the express phone, and the customer service staff of the other party said that it was a violation of the regulations for the courier to place items in the express cabinet without consent, and he would immediately arrange home delivery and hope to know Mr. Liang’s contact information and related information. Appeal.

However, Mr. Liang believes that the matter is minor and has given up accountability due to privacy concerns.

On social media such as Weibo, many netizens also reported that they have encountered a situation where express delivery is not available.

Previously, the Consumer Rights Protection New Media Alliance and the Consumer Association and Consumer Protection Committee of various regions jointly conducted a survey on the willingness of smart express cabinet delivery services. Among the 38,550 valid questionnaires recovered, 67.6% of consumers made online purchases more than 5 times a month. .

What should consumers do if they encounter similar things?

In fact, the "Smart Courier Box Delivery Service Management Measures" implemented in October 2019 have already clearly stipulated such incidents: Smart Courier Boxes use enterprises to use smart courier boxes to deliver express mail, and the recipient's consent should be obtained; If the person does not agree to use the smart express box to deliver the express, the enterprise using the smart express box shall provide the delivery service in accordance with the name and address agreed in the express service contract.

Except when the sender specifies the smart express box as the delivery address when delivering the item.

In addition, the "Measures" also stipulate that smart express box operating companies should reasonably set a period for express mail storage, and no charge may be charged to the recipient during the storage period.

In May of this year, the China Consumers Association (hereinafter referred to as the China Consumers Association) also stated on such incidents: “The smart express box service provided for consumers in the community should be included in the scope of the community’s property service business. Separate service fees are charged. For those who really need to use the smart express box service for an extended period of time, the charging standard should be determined by referring to the public service price management method, and cannot be solved simply through a market mechanism."

In addition, the China Consumers Association also called for the intelligent upgrade and transformation of the original delivery boxes in the community as a "new infrastructure" project and included in the scope of public consumption.

"Price war" in the logistics market

Why is it so difficult to express the last mile?

Logistics industry expert Yang Daqing told reporters from Sino-Singapore Jingwei that the price war in the express delivery industry has intensified in the past two years, and the increase in various commercial costs has caused the business scale of express franchise outlets to increase without increasing profits, and it has also caused high turnover and high turnover rate of frontline outlets. .

With limited delivery manpower, some couriers are also forced to store express cabinets in order to complete the approval rate.

"Of course, there are also irregular management, and there is a problem of shipping into the cabinet without consulting customers. The essence is that the market environment is falling into irrational competition due to price wars, and there is a lack of support for the development of terminal outlets and lean management." He added.

According to CCTV Finance, many couriers complained about the drop in delivery fees.

A courier said on the Internet that in July this year, the delivery fee has been reduced to 0.4 yuan per piece. After deducting the SMS fee and telephone fee, a single order can only earn 0.25 yuan.

As the industry's "price war" is intensifying, the tasks of couriers and their income are going against each other.

According to the above report, the price war has reduced the receipt price at the source, while the face-to-face income, transit fee, and transportation cost are basically fixed, which will eventually reduce the remaining delivery fee.

The two reduced parts are the source of profit for the courier.

Zhao Ping, vice president of the China Council for the Promotion of International Trade Research Institute, said that it is estimated that when the price of a single express ticket has dropped by more than 20%, the salary of couriers will drop by more than 10%.

A person in the logistics industry told a reporter from Sino-Singapore Jingwei that at present, the homogeneity competition in the logistics industry is fierce, and express companies are generally pursuing market share by price-for-quantity. In order to achieve scale effects and reduce overall unit costs, price competition has become a market share. Important bargaining chip.

China Merchants Bank Research Institute believes that under the influence of the epidemic in the first half of this year, price competition in the express delivery industry has been fierce, and single ticket prices have fallen sharply. The growth rate of business income is far below the growth of business volume, resulting in a decline in the overall profitability of the industry.

In particular, Tongda Express Express has seen its profitability decline to varying degrees. Price competition and even local price wars have not only dragged down the revenue and profit performance of the express giants, but also reduced the income of the end franchise outlets and the express delivery brothers, which has an impact on the stability of the end network. Have a certain impact.

Industry insiders predict that various express companies still need to further squeeze their tracks, and each company’s stringent assessment requirements for business volume growth, and the drop in single ticket price limits meet the demands of the low-end e-commerce market. Therefore, the "price war" in the short term Still difficult to end.

The revenue and profits of short-term express delivery companies will continue to be under pressure, and it is necessary to continue to pay attention to operating cash flow and cash reserves (financing channels and costs).