China News Agency, Beijing, October 12 (Reporter Pang Wuji) The "tightening tide" of China's property market regulation that started in the second half of the year is still continuing. Observations believe that this round of regulation is mostly a quick response to the overheating of the local property market. Therefore, the policy is mainly to fine-tune and increase. The cities that have been i 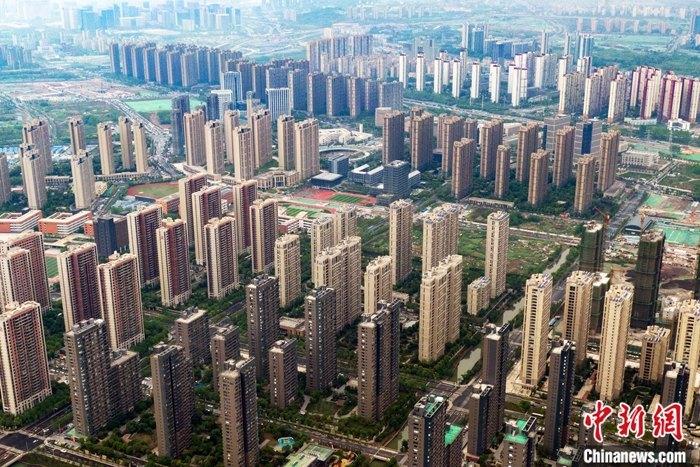 China News Agency, Beijing, October 12 (Reporter Pang Wuji) The "tightening tide" of China's property market regulation that started in the second half of the year is still continuing.

Observations believe that this round of regulation is mostly a quick response to the overheating of the local property market. Therefore, the policy is mainly to fine-tune and increase. The cities that have been interviewed before have generally introduced new regulation and control policies.

According to data released by the National Bureau of Statistics, in August 2020, the sales price of new commercial residential buildings in Xuzhou increased by 11.6% year-on-year. Since 2020, it has maintained a growth rate of more than 11% for eight consecutive months, and housing prices have grown rapidly.

Pan Hao, a senior analyst at the Shell Research Institute, pointed out that the biggest highlight of Xuzhou’s policy is "one district, one policy" and "prices cannot be adjusted within one year after filing", mainly to adjust the supply structure and stabilize housing prices.

Based on the transaction data of new houses in Xuzhou, the total transaction area of ​​new houses in Gulou District, Jiawang District, and Tongshan District in Xuzhou's core areas in 2020 accounted for 71.3% of the city, while the residential land sales in these three districts in the same period only accounted for 44.2% of the city. , There is still a large gap in supply.

After the implementation of the policy, the growth rate of housing prices in Xuzhou is expected to gradually stabilize.

The filing price of the additional launch cannot exceed the initial filing price, and the new opening project "price filing must take into account the price of other similar properties in the same area or factors such as land price and cost."

Pan Hao pointed out that Shaoxing previously only stabilized housing prices through "limited housing prices and land bidding". Previously, only limited sales policies were used, and there were no restrictions on purchases and loans. In 2016, the real estate market was encouraged to destock, coupled with the integrated development of the Yangtze River Delta. Favorable additions, the market remains hot.

According to agency statistics, the average price of new home transactions in Shaoxing in August increased by 13.1% year-on-year, and has continued to increase month-on-month since April.

Stabilizing housing prices has become the main reason for the adjustment and upgrading.

According to statistics from Centaline Real Estate Research Center, 27 cities including Xuzhou and Shaoxing have gradually tightened their property market control policies in the second half of the year, and more than 30 real estate tightening control policies have been issued.

Zhang Dawei, chief analyst of Centaline Property, pointed out that looking at the content of Xuzhou and Shaoxing's regulatory policies alone, it is close to most cities that have tightened the property market this round, and the intensity is not too strong, mainly for the tightening of filing prices.

But this adjustment reflects the overall change in the direction of regulation.

As the real estate market gradually emerged from the shadow of the epidemic, since July, China's real estate control policies have become looser in the first half of the year, and there has been a trend of local targeted tightening.

A report released by 58.com and Anjuke showed that the nationwide search for new homes fell 1.7% month-on-month in September.

During the "Eleventh" Golden Week, according to the statistics of Zhuge Housing Research Center, the average daily sales area of ​​key 10 cities was 91,100 square meters, which was the lowest value for National Day Week since 2015, down 11.1% year-on-year. Weeks have not appeared for three years.