The Telecommunications Regulatory Authority (TRA) has announced the allocation of a new frequency band that allows telecom operators in the UAE to expand the application of 5G technology, in line with the decisions of the World Radiocommunication Conference 2019 (WRC-19), an event that is considered a detailed stage 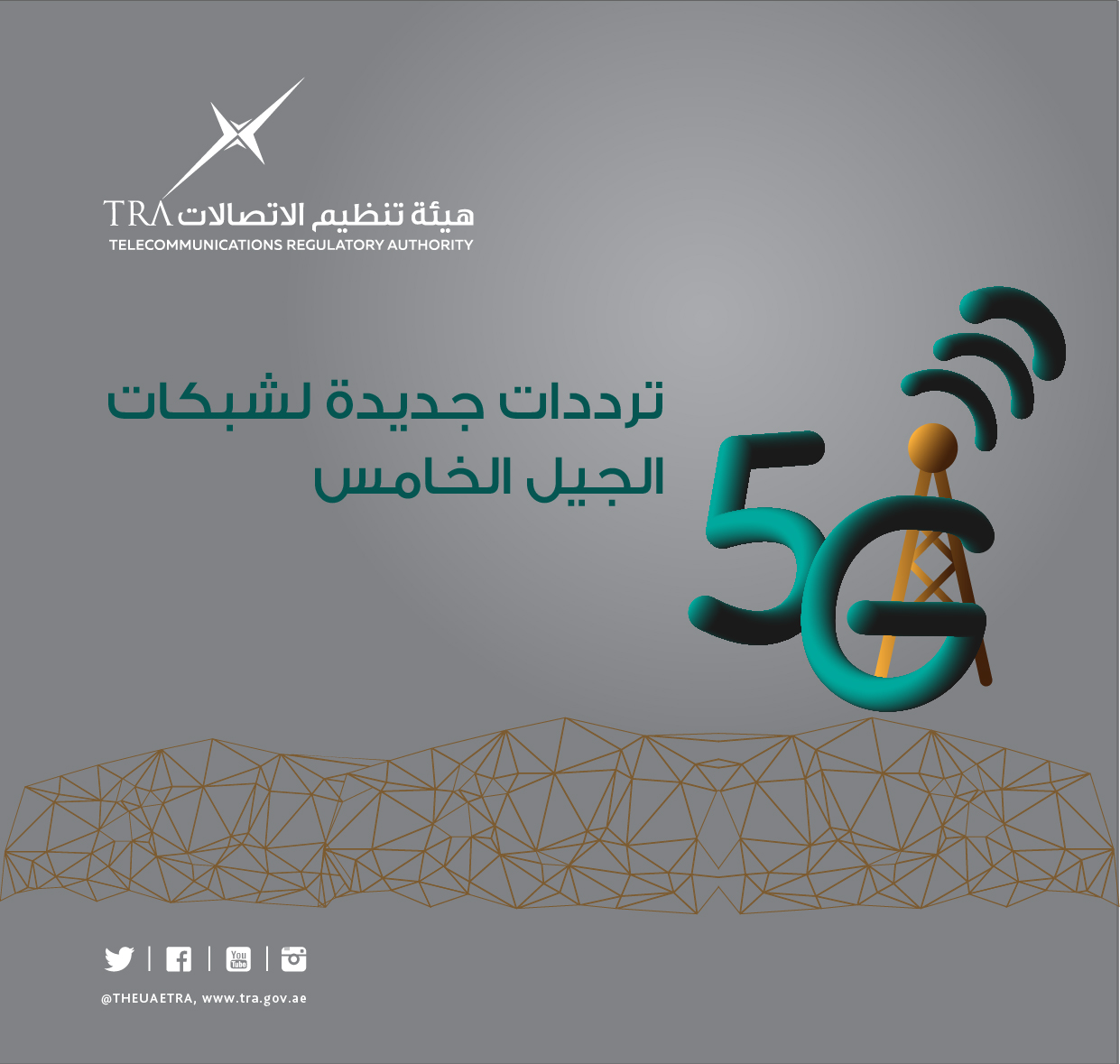 The Telecommunications Regulatory Authority (TRA) announced the allocation of a new frequency band that allows telecom operators in the UAE to expand the application of 5G technology, in line with the decisions of the World Radiocommunication Conference 2019 (WRC-19), an event that is considered a pivotal stage in the transition Towards the fifth generation, as it allocated bands for countries to be used in implementing the new technology.

With this development, the UAE has taken a new step on the road to comprehensive implementation of the fifth generation, which is one of the most important components of smart cities and the applications of the fourth industrial revolution, as frequencies in the millimeter wave range from 24.25 - 27.5 GHz have been allocated to the development of fifth generation networks, which strengthens its position as a leading country in the region. And it makes it the first country in the Middle East and North Africa region to allocate this spectrum of frequencies, which will help spread and use fifth generation networks, and this step also represents a boost for various sectors and institutions in their endeavor to use emerging technologies and their various applications such as self-driving cars, robots, smart industry, and data. The huge, Internet of Things.

The new 1 GHz bandwidth will provide each of the mobile operators with an opportunity to enhance and develop wireless broadband services using the fifth generation technology in terms of speed and data volume compared to what was provided by the fourth generation networks, and the new frequency will also provide other additional advantages such as higher rates To transfer data per second and absorb more communications per square kilometer, while ensuring the quality of services and increasing performance efficiency compared to previous generations.

The authority also confirmed that the deployment of fifth generation networks in the United Arab Emirates by the licensees complies with the guidelines for exposure to electromagnetic fields approved by recognized international organizations such as the World Health Organization, the International Committee for the Protection of Non-Ionizing Radiation, and the Institute of Electrical and Electronics Engineers. The Authority's Regulatory Framework of Non-Ionizing Radiation Limits for Telecommunication Networks.

Commenting on this decision, TRA Director General Hamad Obaid Al Mansoori said: “Fifth generation technologies play a vital role in developing smart cities and societies, as they accelerate access to a more digitally connected world. These technologies possess enormous capabilities that can be combined with Other technologies such as artificial intelligence and big data, which will enhance the digitization process and enrich the digital economy and digital infrastructure in the UAE.

Al Mansoori added, "This decision comes in line with the UAE strategy for 5G technology and beyond (2020-2025), as providing the frequency spectrum for 5G technologies contributes to building a high-level global communication platform, and enabling the UAE to use and apply the latest technologies in the information and communication sector. To provide effective, world-class services, and achieve long-term social and economic benefits in various fields such as manufacturing, transportation, health care and education, and this initiative is the result of international coordination and technical studies that lasted more than 4 years, which highlights the importance of international coordination and harmony in Providing access to this important part of the spectrum. "

His Excellency stressed that the UAE is always seeking to strengthen the communications infrastructure and raise the efficiency of its national resources.

He added, "We spare no effort to develop the telecommunications sector and achieve equitable access to the required resources of the frequency spectrum, to promote the deployment of fifth generation networks in the United Arab Emirates, thus developing smart services, accelerating the process of digital transformation and achieving sustainable development goals."

It is also working to enhance cooperation between telecom service providers and vertical sectors in the UAE that want to benefit from 5G technologies.