Emirates Airlines announced today that it will resume passenger services to Moscow Domodedovo Airport with two flights a week, starting from September 11, thus increasing the number of stations covered by Emirates Airlines in Europe to 26 cities, to provide its customers around the world with more options. 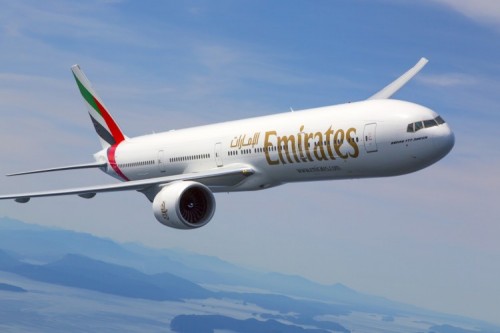 Emirates Airlines announced today that it will resume passenger services to Moscow Domodedovo Airport with two flights per week, starting from September 11th.

With this, the number of stations covered by "Emirates Airlines" in Europe will increase to 26 cities, to provide customers around the world with more travel options to Europe, and to provide customers in the Russian Federation again with opportunities to travel safely and securely through Dubai to the Middle East, the Asian Pacific region and Africa.

Emirates Airlines is gradually restoring its network of airlines, and is working in coordination with international and local authorities to resume passenger operations to meet travel demand, with the health and safety of its customers, crew and communities at the top of its list of priorities.

With the addition of Moscow, the number of stations covered by the Emirates global network will increase to 85 cities.

Emirates Airlines will operate flights to Moscow on Friday and Saturday. On Fridays, flight EK 133 will depart Dubai International Airport at 10:10 PM and arrive in Moscow at 2:25 PM, while the return flight EK 134 takes off. Moscow Domodedovo Airport at 5:35 PM and arrives in Dubai at 11:35 PM.

On Saturdays, flight EK 131 departs Dubai at 4:15 pm and arrives in Moscow at 8:30 pm, while the return flight EK132 departs Moscow at 11:20 at night and lands at Dubai International Airport at At 5:30 am the next day (all appointments are local time for Dubai and Moscow).

Emirates Airlines will use the Boeing 777-300ER aircraft on the Moscow route.

It should be noted that reservations are available on flights through the website (emirates.com) or through travel agents.

And it is possible for passengers traveling with "Emirates Airlines" to Moscow to continue their flights with the Russian partner "S7 Airlines" to a large number of regional destinations.