The battle between Pinduoduo and Tesla ends! Tesla admits defeat!

Chinanews Client Beijing, August 19th (Zhang Xu) In the past month, the "Tesla refused to deliver" incident has finally made new progress.   On the evening of August 18, Chinanews learned that with the assistance of Yimaicar and Pinduoduo, the group buyer who had been rejected by Tesla before and cancelled the order, successfully picked up the car and had taken insurance for the vehicle. On A... 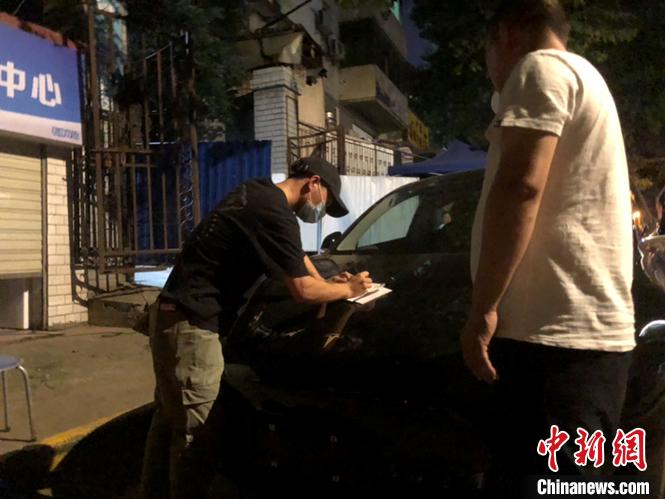 Chinanews Client Beijing, August 19th (Zhang Xu) In the past month, the "Tesla refused to deliver" incident has finally made new progress.

On the evening of August 18, Chinanews learned that with the assistance of Yimaicar and Pinduoduo, the group buyer who had been rejected by Tesla before and cancelled the order, successfully picked up the car and had taken insurance for the vehicle.

On August 18th, Tesla Wuhan owner successfully picked up the car. For picture

On July 21st, "Yibuya Car" launched 5 Tesla Model 3s on Pinduoduo to participate in the "Ten Thousand People Group" event. The group purchase price is 251,800 yuan, while the official guide price is 271,800 yuan, which is equivalent to The vehicle subsidy is 20,000 yuan.

But Tesla is obviously very dissatisfied with group activities without his permission.

Tesla stated that it does not bear any responsibility for group buying. Official Weibo screenshot

But then, Pinduoduo responded straightforwardly: The vehicle is genuine and the subsidy is real. Tesla's opposition failed to stop Pinduoduo, and the "10,000-person group activity" continued.

The matter was supposed to come to an end, but I didn't expect new changes to happen on August 14. A consumer in Wuhan, Hubei Province, participated in Pinduoduo’s "Ten Thousand People Group Activity" to receive subsidies. After completing the full payment and picking up the car from Tesla, Tesla encountered a cancellation of the order.

The Tesla delivery specialist stated, “Our company suspects that this order is placed by Pinduoduo or other merchants in your name, which actually constitutes concealing the real order information from our company. Our company has previously announced that Pinduoduo’s group purchase activity Without authorization, you should request delivery of the vehicle or a refund from the merchant who paid for the car."

In response to the refusal to deliver, Tesla said that the group of consumers who bought Model 3 on Pinduoduo allegedly violated Tesla’s “no resale” clause, and Tesla unilaterally cancelled the order in accordance with the contract breach clause.

In response, Pinduoduo quickly responded that the consumer himself had signed a subscription agreement with Tesla, and the consumer himself had no intention or intention to resell it, and there was no “malicious” in buying the vehicle. "For Tesla's refusal to perform the contract with consumers, as a subsidy party, I regret this, support consumers to protect their rights in accordance with the law, and will actively implement vehicle delivery."

Why does Tesla not sell the car and oppose Pinduoduo's subsidy? On August 15th, Tesla reiterated its voice in response to the 5 Tesla "Ten Thousand Groups" campaign: Pinduoduo's group purchase has been determined to constitute resale, supporting consumers in safeguarding their legal rights and providing necessary support for customer rights protection.

It is worth noting that the same is participating in the "Ten Thousand Group" activities, but different consumers have different situations. On August 16, a Pinduoduo group buyer from Shanghai said that he had successfully picked up the car and had already taken out auto insurance for the car.

What is the difference between the two? Chinanews.com found that when consumers in Hubei purchased, they ordered from Tesla on their own and paid a deposit of 1,000 yuan in advance. During the transaction, they mentioned "Pinduoduo". The Shanghai user authorizes "Yibuya Car" to place an order on Tesla's official website with his own email address and personal identification information.

This shows that the current controversy lies in how to determine the subsidy of Pinduoduo.

"If Pinduoduo paid Tesla in the name of the consumer, and then the consumer directly asked Tesla to pick up the car, it would be an entrusted payment; if Pinduoduo paid for the car in his own name, just indicate Buying the number of cars and then letting consumers pick up the cars from Tesla manufacturers is a reselling behavior." Jiang Zhenxiang, vice president of the Bijie Lawyers Association, told Chinanews.com.

Jiang Han, a senior researcher at Pangu Think Tank, believes that if Pinduoduo buys Tesla’s cars and sells them on its own platform, this is a reselling behavior. In this incident, consumers and specialties have been involved from beginning to end. Sla signs the contract. No matter whether it is Yibuying or Pinduoduo, Tesla did not buy Tesla vehicles in group buying activities.

Zhao Zhanzhu, a lawyer at Beijing Zhilin Law Firm, also believes that Tesla’s prohibition on resale is not illegal in itself and is legal.

There are opinions that Pinduoduo’s actions disrupted Tesla’s direct sales system and Tesla’s pricing system, but there are still many controversies about this statement.

Jiang Han said that Tesla has received all the car models, the price system has not changed, but another person will help pay for the difference with the price. Consumers have saved money because of the group purchase of Pinduoduo, and the order itself is no problem.

“Pinduoduo’s model is more like auto loan sales. Consumers find auto manufacturers to pay deposits and apply for auto credit. Consumers and banks pay for the cars together. It’s just that a loan transaction is formed between the consumer and the bank. People have to pay back the money to the bank." Jiang Han said.

Pan Helin, Executive Dean of the Institute of Digital Economy, Zhongnan University of Economics and Law, told Chinanews.com that Tesla strictly controls its sales channels and product prices through direct sales, which makes Tesla products have a strong value-preserving property. Duoduo's subsidy will not affect these advantages.

“This time the subsidy is only 5 cars, the quantity is very small, and it does not affect the market price, and the rush to buy subsidies is pure luck, and it cannot be said to cause dissatisfaction or unfairness from the old car owners. Secondly, in the car purchase link, Tesla’s price remains It was the original price, and the subsidized 20,000 yuan was paid by the merchants out of pocket. Therefore, Pinduoduo did not affect Tesla's market order." Pan Helin said.

Tesla refuses to deliver vehicles, how can consumers defend their rights? A few days ago, consumers in Wuhan expressed their intention to defend their rights through legal procedures and sue Tesla. Pinduoduo said that it will continue to promote the implementation of group-buying car owners' vehicle delivery, and support consumers to take legal means to protect their rights, and will also provide consumers with the necessary legal assistance. Tesla said that if the owner decides to sue Pinduoduo, Tesla will provide legal assistance.

Qiu Baochang, an expert on the Expert Committee of the China Consumers Association, believes that the market can only be won by winning the trust of consumers. "It is hoped that our platform operators, e-commerce operators and consumers should all enjoy rights and fulfill their obligations in accordance with the provisions of the law. They should not use standard terms to limit the interests of consumers because the market sales may be very good and exclusive sales. Consumers have the world."

Pan and Lin also hold similar views. He believes that Tesla should respect consumer interests. "Consumers have signed a car purchase contract with Tesla. If they want to terminate the contract, Tesla needs to prove that the order has caused significant damage to its interests, but Tesla does not seem to have any major losses. The loss is also the same. A series of operations made many potential car buyers lose their favor."

"Tesla may not be aware of the seriousness of treating consumers well, and focusing only on China as a big market, but you must know that no matter what the model, only by respecting consumer interests and respecting market rules can it win the market and reputation." He Lin said.

Now, "Pinduoduo subsidies, consumers benefit, Tesla sells cars" win-win situation has finally opened. But when faced with "Tesla who refuses to sell cars and subsidizes Pinduoduo", who do you stand for? (Finish)