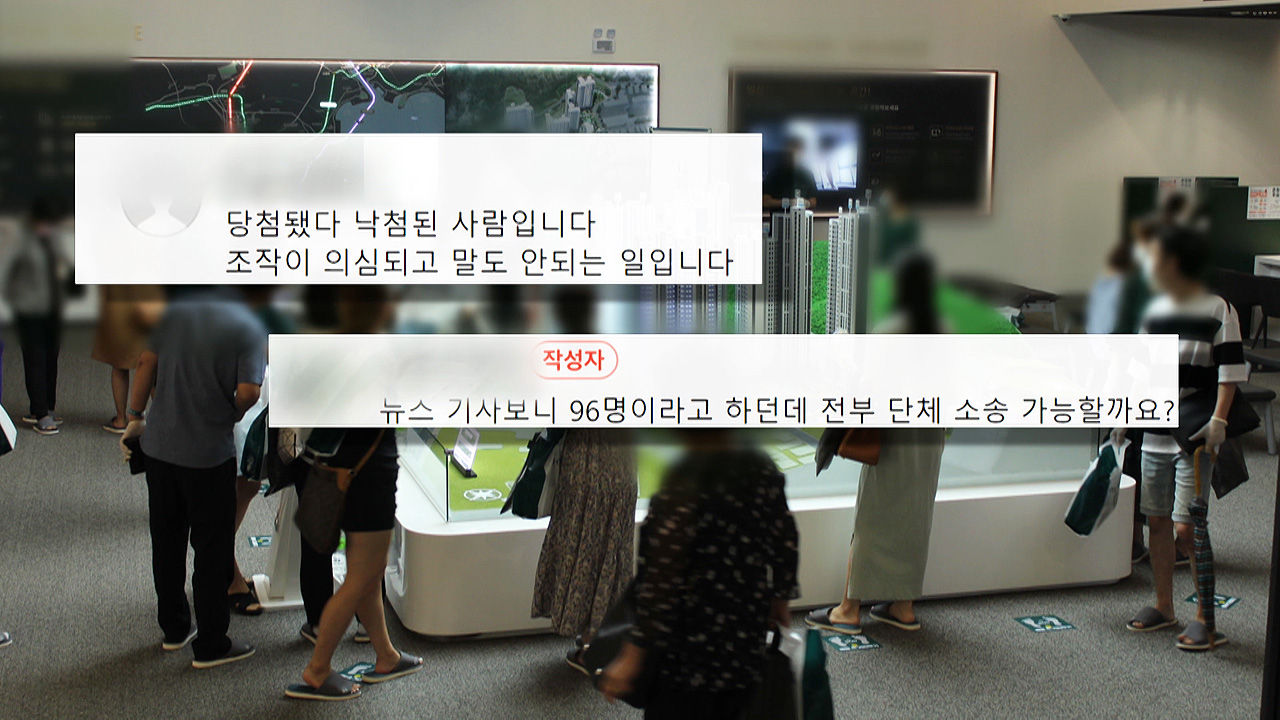 is an apartment that will be renovated in Daeyeon-dong, Busan.

It was emphasized that the regulation on resale rights to be enforced next month was not applied, and 58,000 people applied for the general sale of 592 households, recording a high competition rate of 157:1.

[Mr. Lee (30s) / Re-lottery dropout after previous winning: It was second place in the lottery. (People around us) You can take a break from work today. That's enough (I liked it….)]

However, in just 12 hours, a notice that a re-lottery for 162 households of type 74a was sent.

The Korea Appraisal Board explained that about 1,700 people were excluded from the process of exchanging data on subscription applicants with some banks, so they had no choice but to re-lottery.

40% of the winners are based on subscription points and 60% of the prizes are decided by lottery, but most of the existing winners selected by the lottery were eliminated within one day.

[Mr. Aunt (40s) / Re-lottery dropout after winning: I'm pissed. I was so angry that I was notified to each individual by text and seemed to avoid them.]

operation is in doubt, such as suggesting a class action lawsuit previous winners are strongly I rebelled.

The Korea Appraisal Board said that it could not deprive the rightful opportunities of those who were excluded from the lottery, but there is no separate apology notice for those who have won and then eliminated, and criticism is growing.