Reporter Kwon Ae-ri's friendly economic time. Reporter Kwon, I just went up to the roof of the cows and told you that they died a lot, but because of the rainy season, the price of vegetables jumped a lot? Yes. Congratulatory remarks are also congratulatory remarks, but there are too many paddy fields that have been severely damaged nationwide. 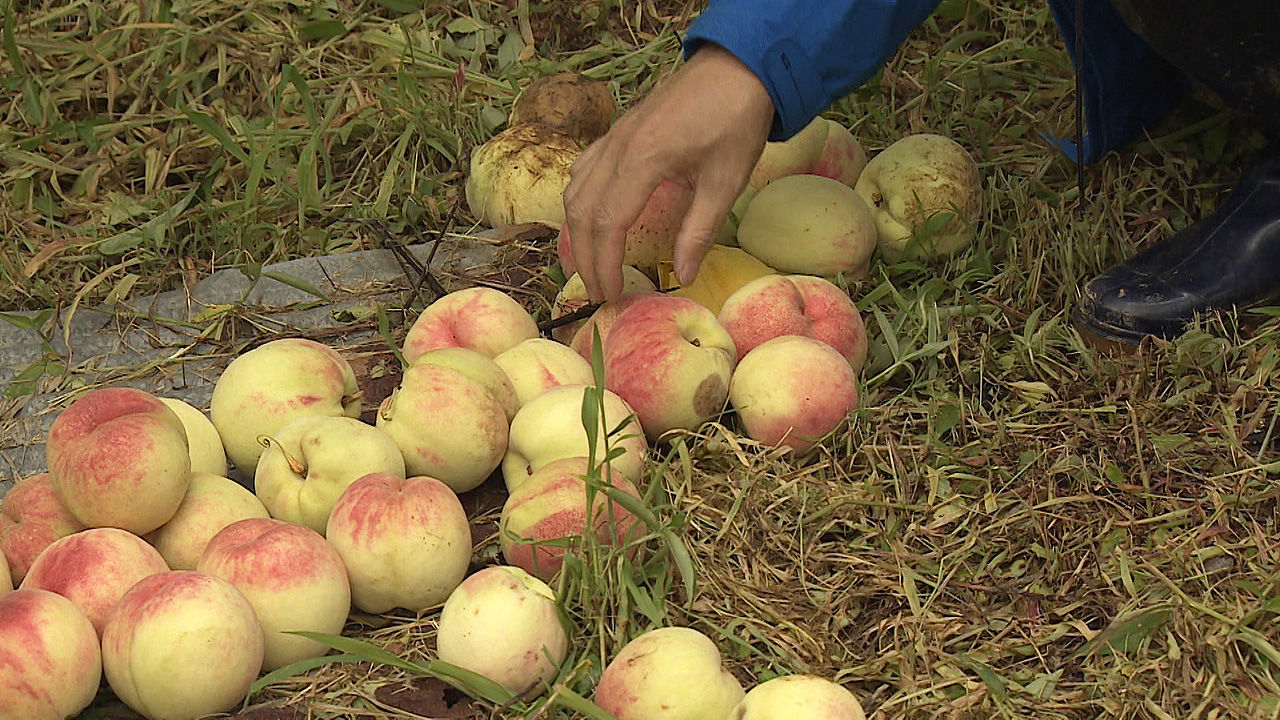 Reporter Kwon Ae-ri's friendly economic time. Reporter Kwon, I just went up to the roof of the cows and told you that they died a lot, but because of the rainy season, the price of vegetables jumped a lot?

Whether the land is submerged in water, the soil is washed away, or buried, these rice fields have a scale of 27,000 hectares so far.

Farmland, which is 92 times the area of ​​Yeouido, has suffered such a great deal of rain so far.

I hope the weather forecast is correct, but in the south, rain seems to stop from the evening of today (11th), so I hope we can recover the damaged places quickly and minimize the difficulties.

But in the marketplace, it seems difficult to avoid a sharp rise in the prices of some fresh foods, including vegetables and fruits, at least this month.

Representatively, looking at the wholesale price of cabbage in August, it is almost constant in early August of last year. There is not much change every day.

However, this year, the overall price of cabbage has been high from the beginning, and from the second half of last week, the price suddenly starts to rise every day. As of yesterday, the wholesale price is already close to twice that of the same day last year.

Since there are fewer places to grow cabbages that are eaten a lot in summer, the price of cabbages was still high, and it started to work from the second half of last week to rain damage.

Vegetables that have been heavily influenced by the recent weather are generally similar.

The basic lettuce, carrots, zucchini, and tomatoes of ssam vegetables eaten in summer are lined up.

In particular, vegetables have a short storage period, so distribution chains have limitations in controlling the price or the amount they offer to consumers as stockpile.

Fruits other than vegetables are not good.

Yes. The quality of the fruit is still a bit more problematic than the price. Because I can't see the sun properly, these days, the seasonal fruits are not sweet.

Originally, it was time to wait while eating green peaches in early summer, but by now, it's time to eat soft peaches whose sweet taste has risen. It's difficult to find such a taste.

Because of this, there are many substitutes for fruits, so although seasonal fruits such as peaches and grapes are forming a slightly higher price than last year, in general, prices have dropped a little rather than last month. It's not popular.

Fruits grow longer than vegetables, so when they need to be harvested and shipped, it is more difficult to recover from such severe weather damage.

Consumers who have been waiting for seasonal fruits are also disappointed, but the damage from fruit farmers everywhere that encountered heavy rain during the harvest season this year is likely to be large.

Given this situation, some people are still worried about the cost of Chuseok for 50 days.

However, it seems difficult to avoid that apples and pears, which are representative fruits of the Chuseok period, become a little expensive this Chuseok.

In the southern and central regions of apple and pear production, there are places that were not warmer than expected this spring, and were affected by cold damage when apples and pears had to grow for a long time due to frost until April. This was once fatal, and there are places that have become worse this time due to the overwhelming of the harvest as the sun was not exposed to the sun and suffered a water crisis.

Therefore, it will be difficult to avoid a certain price increase during the season of apples, pears, and Chuseok. However, it is counted that the supply volume is not insufficient than the expected demand for Chuseok, so there is no problem with the amount going to the market.

For vegetables with soaring prices, the government's goal is to stabilize prices until next month within 2-3 weeks.

Most vegetables are grown for a short period of time, so if the government and the Agricultural Cooperatives manage their stocks and put them on the market and support farmers as soon as the days get off, the sharp price can drop again.

In particular, Kim Jang-cheol explained that the cabbage was originally planted at the end of August, so it will not be related to this rain damage.

First, we are planning to hold a discount event at 2,300 Hanaro Marts nationwide to sell vegetables that have surged in price by 20-30% cheaper than the market. It is 11 days from the day after tomorrow.