Of particular importance: why business activity in the Russian service sector has grown at the most in 12 years

In July, business activity in the service sector in Russia increased at the fastest pace in the last 12 years. The indicator is confidently recovering after a sharp collapse in mid-spring due to the coronavirus pandemic. The relaxation of quarantine measures and financial assistance from the state led to a revival of consumer demand and the return of business to work. Until the end of the year, analysts expect favorable processes in the domestic industry, which will accelerate the transition of the economy to growth. 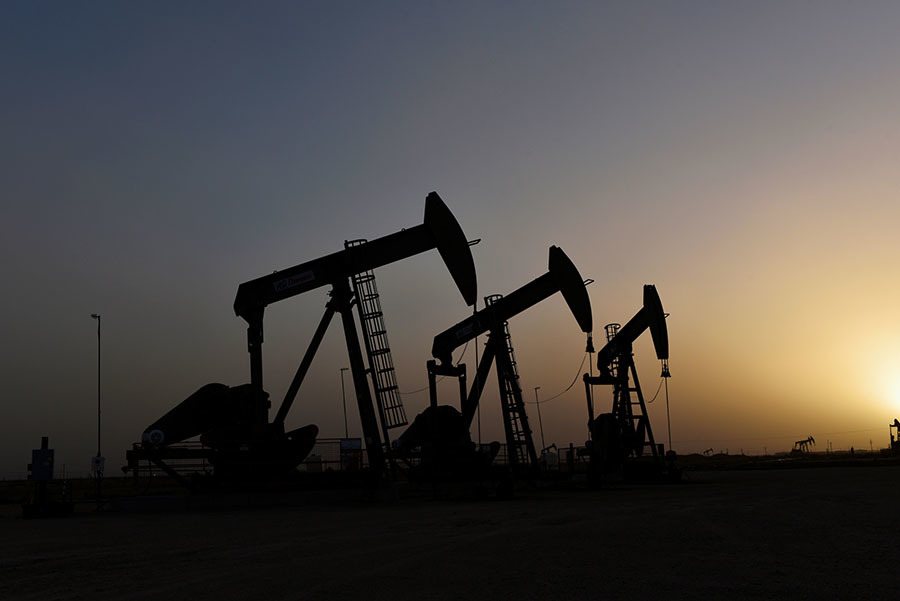 The growth of business activity in the Russian service sector accelerated to its maximum in the last 12 years. According to analytical agency IHS Markit, the corresponding PMI index rose to 58.5 points in June. The value was the highest since July 2008.

The Russian services sector has been recovering for the third month in a row after weakening sharply in mid-spring. So, in April, against the background of the introduction of quarantine measures and the massive closure of enterprises due to the coronavirus pandemic, the PMI index of the service sector decreased to its lowest level for the entire observation period (since October 2001) and reached 12.2 points.

“The recovery was supported by the resumption and acceleration of the growth of new orders. Although export orders continued to decline, domestic demand increased. The rate of decline in employment slowed in July, as the number of jobs declined only at a modest rate. Business expectations, meanwhile, have improved, reaching a nine-month high, ”says the IHS Markit report.

The revival of the service sector and domestic demand is primarily associated with the abolition of quarantine restrictions in a number of regions of the country. This was told to RT by Pavel Sigal, vice president of the all-Russian public organization for small and medium-sized businesses "Support of Russia".

“It was in July that hairdressing salons, beauty salons, fitness clubs, ateliers, design bureaus and other organizations began to open, and Russians began to actively use the services provided. Thus, we see the implementation of deferred demand, due to which there was a rebound in the service sector after the spring collapse, ”explained Sigal.

At the moment, the most noticeable growth in business activity is taking place in the field of transport and consumer services, in the field of culture and sports, as well as in some segments of the hotel business, says Anton Pokatovich, economist at BCS Premier. As the expert noted, in addition to lifting restrictions, the resumption of business operations was accelerated by state support measures.

In particular, we are talking about increasing the amount of unemployment benefits, providing credit holidays to the population and business, as well as about soft loans and tax breaks for companies and entrepreneurs. As Russian Prime Minister Mikhail Mishustin said earlier, the total amount of funds allocated to fight the pandemic exceeded 5 trillion rubles.

“One of the main assistance measures was the provision of loans to businesses at 0% per annum to maintain employment. The main goal of the authorities was precisely to ensure that enterprises retain their staff. At the same time, the issuance of benefits to the population further spurred consumer demand, "said Georgy Ostapkovich, director of the Center for Market Research at the Institute for Statistical Studies and Economics of Knowledge of the Higher School of Economics, in an interview with RT.

Note that against the background of the recovery growth in the service sector, business activity in the Russian industrial sector is still showing negative dynamics. In July, the corresponding PMI index was 48.4 points.

“Industrial recovery may take longer. In addition to the viral factor, pressure on this sector of the economy is exerted by the need for Russia to participate in the OPEC + deal, which implies a significant reduction in oil production, "explained Anton Pokatovich.

Recall that since May 1, the countries participating in the OPEC + agreement, including Russia, have been reducing oil production to combat the global surplus of raw materials. The actions of the states should lead to the restoration of the balance of demand and supply of hydrocarbons in the world market and thereby support the rise in prices after the spring collapse. According to the latest data from the Central Dispatch Office of the Fuel and Energy Complex, oil production in Russia decreased by 16% in July compared to the same period in 2019.

In addition, the dynamics of the industry largely depends on the supply of products to foreign markets. Meanwhile, global demand is still rather weak, which puts pressure on Russian production, says Pavel Sigal.

However, according to the expert, in the near future, business activity in the industry should also demonstrate a recovery, and in 2021 it may return to the pre-crisis level. Against the background of improving the situation in the service sector, such dynamics should accelerate the return of the economy to growth, the specialist is sure. 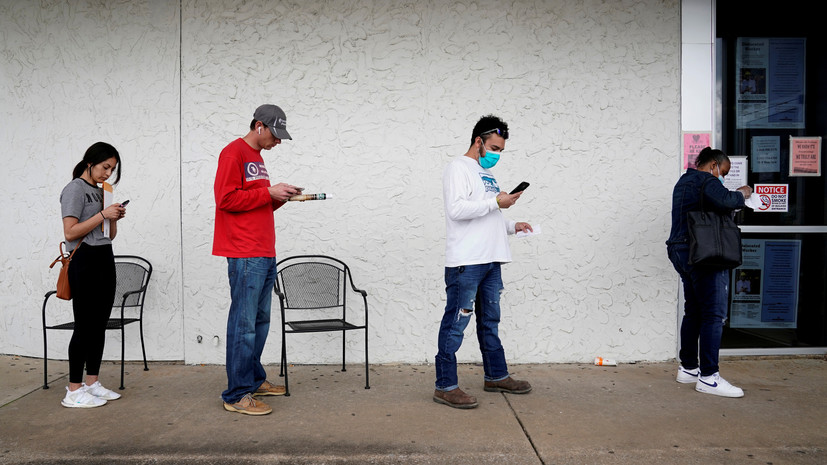 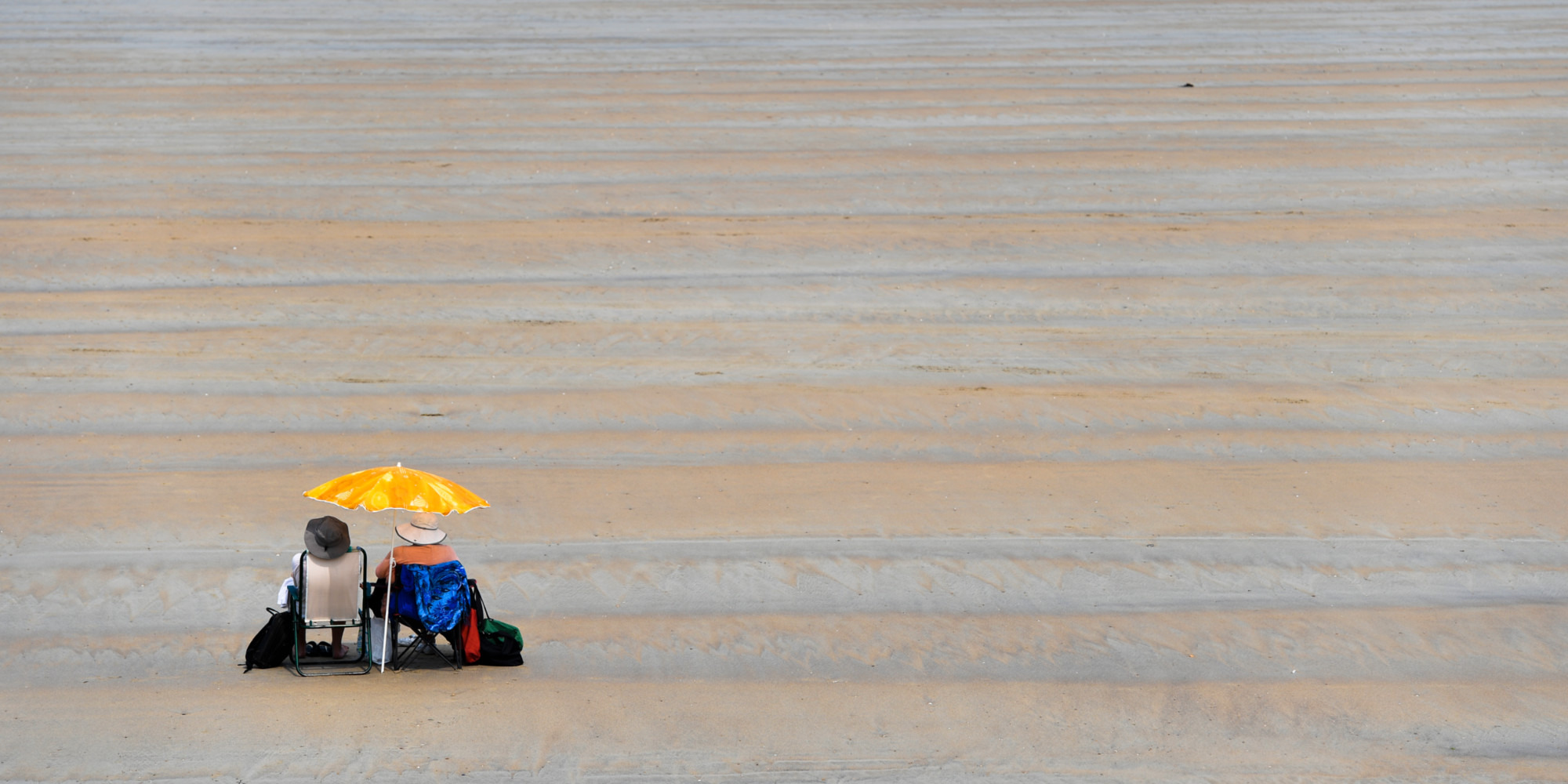 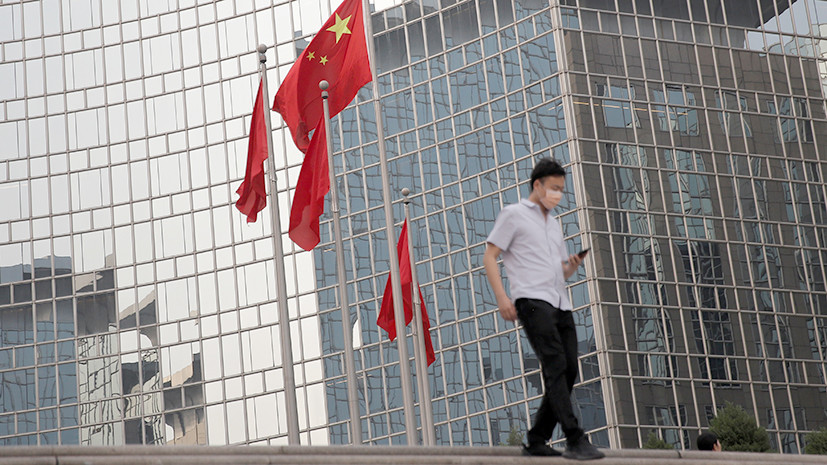 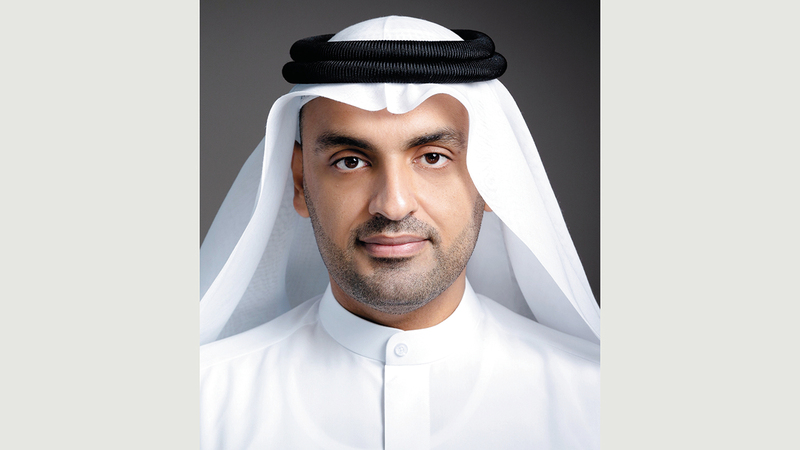 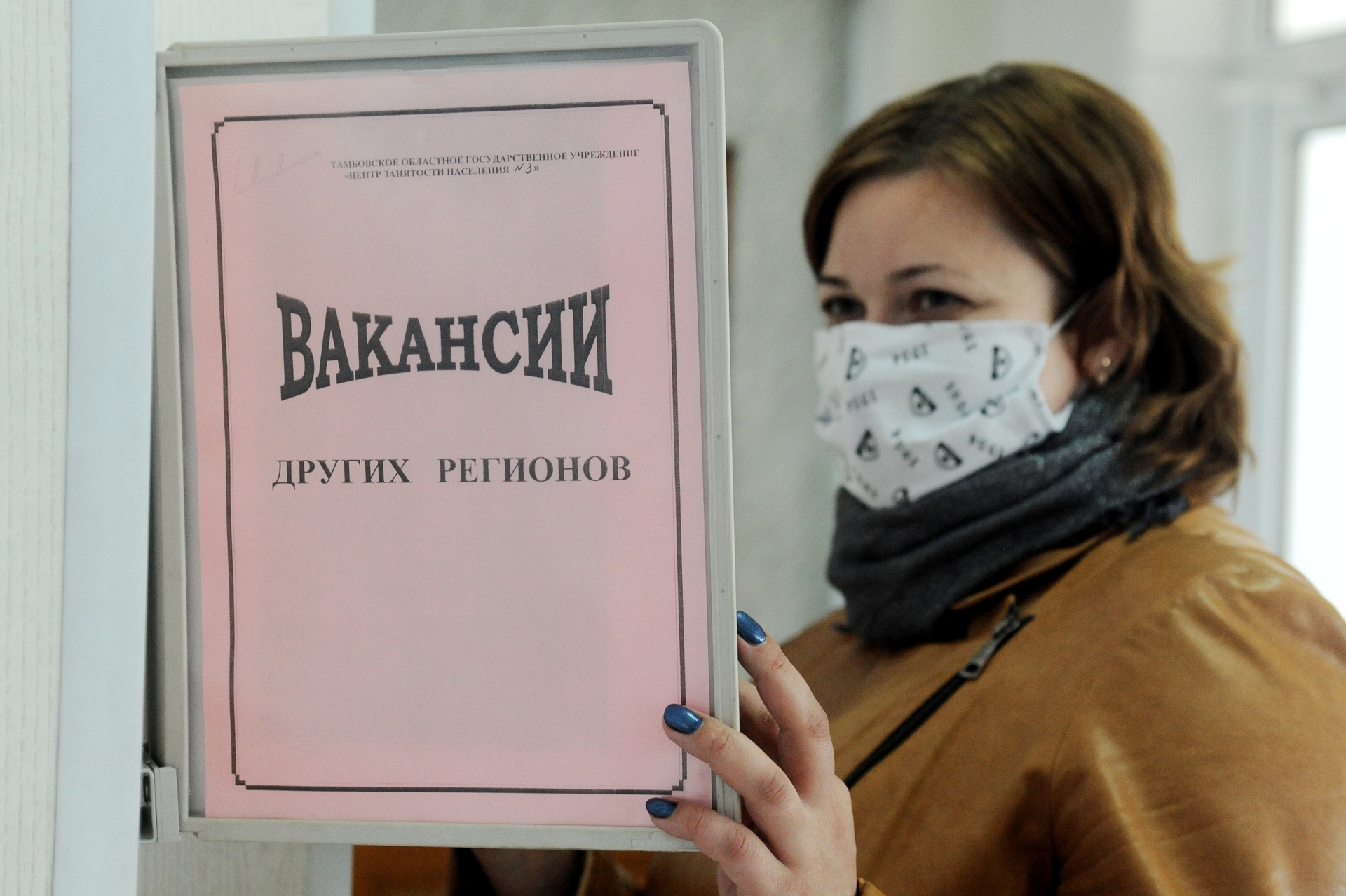 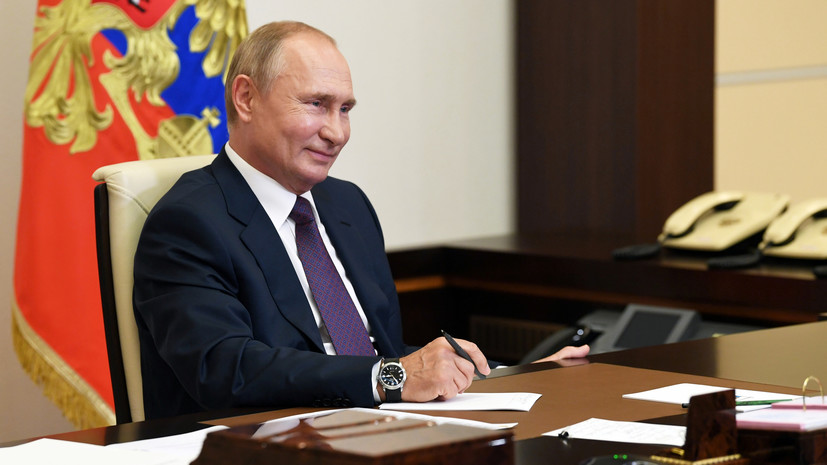 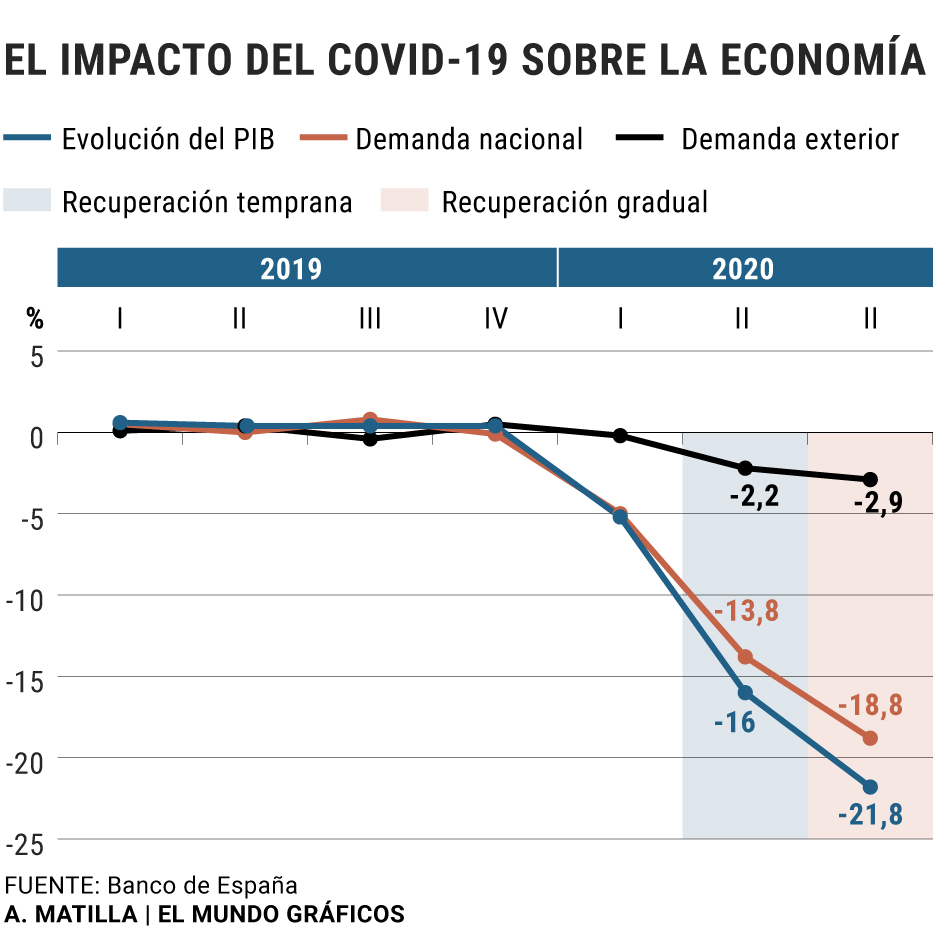 Business 2020-06-25T15:05:58.048Z
The perfect storm for the economy: hospitality and commerce are the sectors with the most weight and those that suffer the most from the crisis 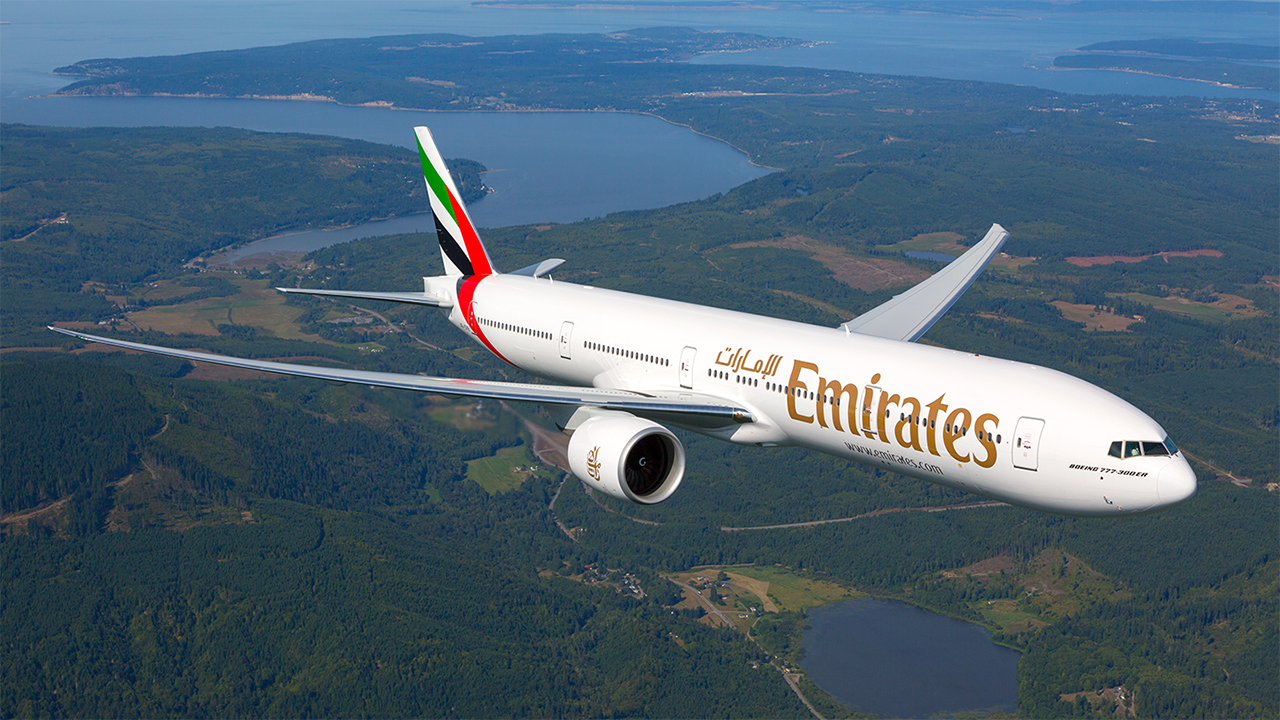