Haidilao and other bigwigs collectively lose money! The profits go to the quick-frozen dumplings

Chinanews client, Beijing, August 1 (Reporter Xie Yiguan) Although the catering industry is slowly recovering, the suspension during the new crown pneumonia epidemic still left "sequelae".   With the successive announcements of the semi-annual reports of listed companies, the performance "first loss" has become a high-frequency word for catering companies. Haidilao, which has experienced freque... 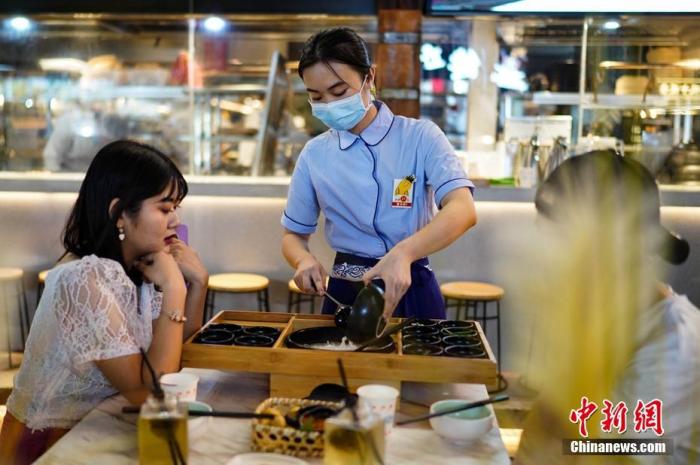 With the successive announcements of the semi-annual reports of listed companies, the performance "first loss" has become a high-frequency word for catering companies. Haidilao, which has experienced frequent incidents recently, is even expected to lose more than 900 million yuan.

On the evening of July 29, in Kunming, Yunnan, a waiter in a restaurant was serving customers. Photo by China News Agency reporter Kang Ping

Just after the rest of his life, he fell into a performance dilemma

"The store has been at a loss this year." Chen Qiang (pseudonym), a restaurant owner in Fengtai District, Beijing, told a reporter from Chinanews.com that although it is recovering, the attendance rate has not reached the normal level in the past.

"In February and March, when the epidemic was at its worst, offline catering operations were shut down. Not long after recovery, there was a new outbreak. In the past six months, desertion has become the norm in the store." Chen Qiang said.

Thousands of restaurants, as the most fragile capillaries in the commercial society, even the head catering companies, Xibei chairman Jia Guolong can only say that if the epidemic cannot be effectively controlled, the cash flow on the company's accounts will not be able to survive. 3 months.

For the rest of their lives, recently, catering companies have published bleak semi-annual transcripts, and hot pot companies with outstanding performance in the past have all fallen into the "first loss" situation.

For example, Haidilao, the “hot pot one brother” whose performance has been growing year after year, has released a performance forecast that predicts that the revenue in the first half of the year will drop by about 20% compared with the same period in 2019, and the net profit loss will be about 900 million to 1 billion yuan. In the same period from 2018 to 2019, Haidilao's net profits attributable to shareholders of listed companies were 646 million yuan and 911 million yuan, respectively.

Haidilao can be described as frequent water reversals recently. First, the "black-bone chicken roll plastic sheet", and then recently coliforms were detected in the chopsticks of a store in Hangzhou, which were listed on the hot search and had to apologize and improve.

Compared with the "hot pot one brother", Xiabuxiabu's situation is not much better. Xiabuxiabu expects that the revenue in the first half of 2020 will drop by about 29% compared with the same period in 2019, and the net profit loss will be between 200 million and 300 million yuan. In the same period of 2019, the net profit attributable to shareholders of listed companies will be about 164 million yuan. .

Not only the hot pot company, but also the net celebrity catering company Jiu Maojiu, whose performance in the first half of the year is expected to drop by about 23% year-on-year, and the net loss will not exceed 120 million yuan; the century-old "Quanjude" also has a loss of 1.52 100 million yuan-139 million yuan.

The epidemic has closed a door for catering companies, but opened a window for fast-food companies. Consumers who “used their fingers without touching the sun’s spring water, but now all have turned into fast food experts” have made the quick-freezing industry a lot of money.

Haixin Foods, known as the "hundred-year-old family of fish balls," net profit attributable to shareholders of listed companies in the first half of the year was approximately 42.594 million yuan, a year-on-year increase of 507.21%; the "big brother" in the frozen food industry, Sanquan Foods, is expected to be listed in the first half of the year The net profit of the company’s shareholders was 434,964,200 to 461,594,600, an increase of 390% to 420% over the same period last year.

There is no way to increase prices, and one after another financing and self-help

Sorting out the related performance announcements of catering companies, dragged down by the epidemic, the closure of stores and the sharp drop in passenger flow have become the main reasons for the loss.

The China Culinary Association's "Report on the Resumption of Work and Resumption of the Catering Industry in the First Half of 2020" shows that the epidemic has adversely affected the entire industry, and catering companies have suffered losses to varying degrees. In the first half of the year, the national catering revenue was 1,460.9 billion yuan, a year-on-year decrease of 32.8%, and the growth rate was 42.2 percentage points lower than the same period last year.

"The poor will change, the change will be common, and the general will be long." In April, catering companies such as Haidilao and Xibei once tried to revive their performance by raising prices, but they had to apologize after encountering consumer resistance. The price increase was suspended.

Xiabuxiabu even tried the "sharing" model, sharing employees and store employees with other companies.

Quanjude, a century-old shop, also lowered his noble head. On July 24, Quanjude announced on the occasion of the 156th anniversary of the adjustment of the price of the dishes in the store, the overall reduction of about 10% to 15%; the full unification of the roast duck price and production process; the cancellation of all store service fees. Trying to make this duck restore the hearts of the diners.

As an industry that relies heavily on cash flow, most catering companies face the risk of capital chain and supply chain rupture, and financing has become the choice of many catering companies in the first half of the year. For example, Haidilao received 2.1 billion yuan in credit support, and Xicha completed Series C financing.

Will the easy mode be opened in the second half of the year?

The China Culinary Association reported that since May, the catering industry has responded to the call of the country and has steadily promoted the resumption of work and production. Although the current negative growth rate, the decline has continued to narrow. At present, the operations of most catering companies across the country have recovered to 70%-80% of their pre-epidemic levels.

Does this mean that catering companies are about to get on the right track and return to the previous level just around the corner?

The Chinese Culinary Association believes that the current overseas epidemic is still spreading, and new confirmed cases of new coronary pneumonia have appeared in some provinces and cities in the country, making the recovering catering market again facing difficulties and challenges. While the catering industry is gradually recovering, it still faces problems such as policy restrictions, the impact of rents, excessive commissions and shortage of funds.

Data map: The epidemic situation has improved, and the passenger flow of some restaurants in Henan is picking up. Photo by Wang Wei

Facing the "uncertainty" of the future, leading catering companies dare not say Hi.

Haidilao said in the announcement, “Although the operating performance of the store is gradually improving after the reopening, due to the uncertainty in the time when the epidemic is fully controlled and the pressure of slowing economic activities, the degree of business recovery and the required recovery The time is still uncertain."

“If there is no major fluctuation in the epidemic situation, there should be no major problems with the restorative growth of the catering industry.” Pan Helin, executive dean and professor of the Institute of Digital Economy, Zhongnan University of Economics and Law, told the China News reporter that the entire catering business will continue in the second half of the year. Sexual stability can be expected. As for returning to the previous level, there will still be some difficulties. "There is no big problem for the catering listed companies to stop their performance in the second half of the year. At this stage, they still need to innovate in their business operations and find some new growth points."

After the epidemic improved, which restaurants have you been to for dinner? (Finish) 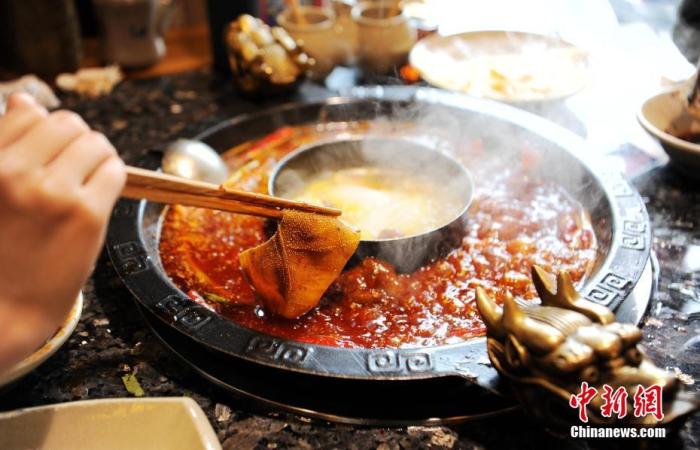 Business 2020-07-31T16:34:56.182Z
Haidilao and other bigwigs collectively lose money! The profits go to the quick-frozen dumplings 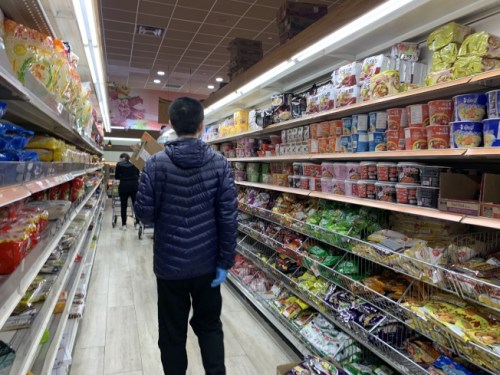 News/Politics 2020-06-23T02:15:37.865Z
American Qiaobao: The price of raw materials rises under the epidemic. The price of Chinese Dragon Boat dumplings does not rise