Consumer coupons cannot become "Tang Seng meat"   【Bright Review】   After receiving the 10 yuan coupon, colluding with the merchant, after paying 30 yuan to the merchant, the merchant account can receive 40 yuan, and after deducting the 4 yuan benefit fee, the merchant will return the remaining 36 yuan to the "consumer" to realize the cashing of the coupon ...According to media reports recentl...

After receiving the 10 yuan coupon, colluding with the merchant, after paying 30 yuan to the merchant, the merchant account can receive 40 yuan, and after deducting the 4 yuan benefit fee, the merchant will return the remaining 36 yuan to the "consumer" to realize the cashing of the coupon ...According to media reports recently, after the epidemic, in order to boost consumption and restore the economy, various places have issued consumer vouchers, totaling tens of billions of yuan, which has become a real welfare for the people. At the same time, this benefit was also targeted by the "Wool Party". They colluded with merchants to obtain subsidies. The financial funds became the "Tang Seng meat", and the government's original intention to spur consumption was also discounted.

As long as the "wool party" cashes out the consumer coupons it gets, the money will be available; some merchants help cash out, and there are also many "benefit fees", "just give money, there is no loss for yourself, the two parties cooperate, just sit To collect money". However, there is a saying that the gentleman loves wealth and has the right to cash out the consumption vouchers and take the financial funds as his own, which has violated relevant laws and regulations.

The virtual positioning, the fact of fictional consumption, and the deception of public and private property are within the scope of the Public Security Management Penalty Law if they are petty and non-serious in nature. Generally, they are detained for more than 5 days and less than 10 days, and may also be sentenced to less than 500 yuan. "Fine", "If the circumstances are heavier, a detention of more than 10 days and less than 15 days may be imposed, and a fine of less than 1,000 yuan may be imposed concurrently." Because this is small and cheap, being detained by public security organs is not really a good deal.

However, if this kind of behavior is serious, criminal responsibility should be investigated for fraud. Generally speaking, the value of 3,000 yuan to 10,000 yuan or more is a "large amount" and should be criminally filed. Although some "wool parties" cashed out the consumer vouchers, that is, "cut the mosquito legs to eat meat", if the accumulation is small and reaches the "bottom line" prescribed by law, it will have to pay a more expensive legal price.

How can we block the black hand of the "wool party" and let the consumer coupons play their due role? The key to ringing is to call the bell person. The key lies in the government departments performing their supervisory duties. During the epidemic, economic operations were affected. In order to boost the economy and promote consumption, consumer vouchers came into being. It is certainly a good thing to issue consumer vouchers to the public, but it cannot be done immediately. Government departments must also do a good job in the "second half of the article" to follow up and strengthen supervision and management so that consumer vouchers can be heard in accordance with the established design.

In law enforcement, it is necessary to increase the punishment of the wool of the "wool party" Shou consumer coupons. No one investigates and punishes them; technically, they should use new technologies such as big data to strengthen the monitoring of deceptive methods such as virtual positioning adopted by the "Wool Party", and effectively cut off the dark channel of "national take-all"; The supervision of all aspects of circulation, especially the control of merchants, increases economic punishment to play a deterrent role.

Consumer vouchers are not the "Tang Seng meat" of the "Wool Party." Faced with the chaotic phenomenon of the realization of consumer vouchers, the relevant functional departments should wake up and effectively strengthen supervision, plug the obvious or dark loopholes, make the consumer vouchers "four or two pounds", really promote consumption, and better help to win the normal prevention and control of the epidemic The war of resistance will promote economic development. 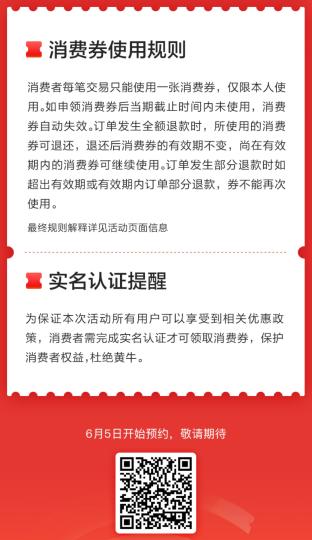 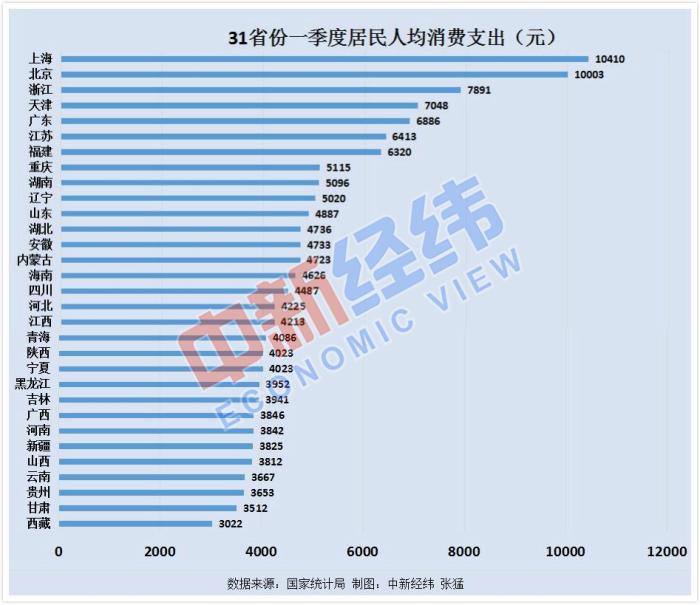 Business 2020-04-23T22:40:18.974Z
Per capita consumption data of 31 provinces in the first quarter: 9 provinces surpass the country, Shanghai, Beijing and Zhejiang rank in the top three