The epidemic has been busy recovering, and the fastest growing wealth in the past four months

China News Service Client, Beijing, June 24 (Zuo Yukun) Under the outbreak of the black swan, the global economy is "reversing water." For the top tycoons, some are going against the trend, and some are like sailing against the current.   The Hurun Research Institute recently released the "Special Report on the Change of Global Entrepreneur Wealth Four Months After the Epidemic". Shrinkage of 1... 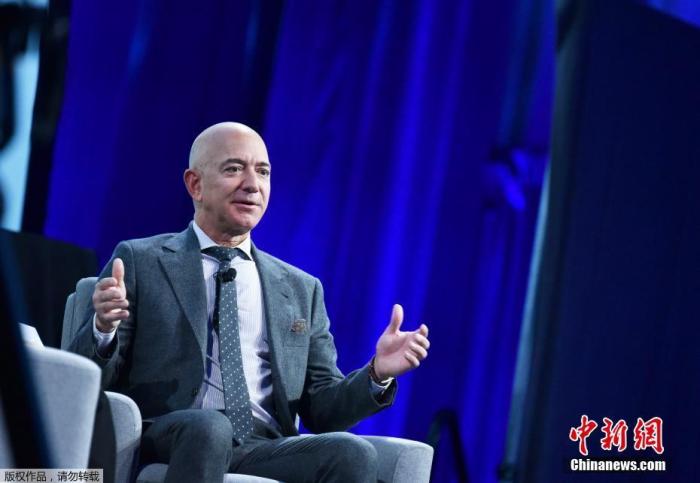 China News Service Client, Beijing, June 24 (Zuo Yukun) Under the outbreak of the black swan, the global economy is "reversing water." For the top tycoons, some are going against the trend, and some are like sailing against the current.

The Hurun Research Institute recently released the "Special Report on the Change of Global Entrepreneur Wealth Four Months After the Epidemic". Shrinkage of 1 billion yuan, such as the founder of LV Arnold and "stock god" Buffett.

Wealth "V" type rebound, the rich are back

The Special Report on the Change of Global Entrepreneur Wealth after Four Months after the Epidemic Research studies the wealth change of entrepreneurs on the Hurun Global Rich List for the four months ending May 31, 2020.

When "recovery" becomes the key word for the global economy in 2020, the rich have naturally taken the step of "recovering lost land".

"V-shaped rebound" can be said to be the best description of the wealth of the rich during this time.

"After losing 2.6 trillion yuan in the first two months of the outbreak, the top 100 entrepreneurs in the world recovered almost all their losses in the second two months after the outbreak. Wealth has only fallen by 2% in four months "Hurun said, "It is far from underestimating these world's most powerful super wealth creators."

What kind of business can you make without compensating under the epidemic? The report pointed out a "clear way" for everyone.

Judging from the changes in the wealth of the listed entrepreneurs, Huang Zheng, the 40-year-old founder of the e-commerce platform Pinduoduo, is the fastest-growing wealth among Hurun’s top 100 entrepreneurs in the past four months, and his wealth has almost doubled. , Reaching 250 billion yuan, equivalent to an average daily increase of 1 billion yuan in these four months.

Also striking is Yuan Zheng, a 50-year-old Chinese founder of the California-based video conferencing software Zoom. His wealth has tripled from 32 billion yuan in the past four months to more than 90 billion yuan. "He was ranked 555th in the world four months ago, and today is about to knock on the doors of the world's top 100."

Many entrepreneurs in the fields of medicine and consumption also realized wealth appreciation during this period. Sun Pianyang and Zhong Huijuan of Hengrui Medicine and Hansen Pharmaceuticals have grown their wealth by US$4 billion in the past four months, ranking 7th among the top 100 entrepreneurs in wealth growth; Mindray Medical Xu Hang’s wealth has increased by 31%, Reached 100 billion yuan; Pang Kang's wealth in Haitian flavor industry increased by 36% to 105 billion yuan in April; the wealth of Zhang Yong and Shu Ping of Haidilao increased by 25% to 140 billion yuan.

It is worth noting that in the past four months, the top five with the fastest wealth growth have all come from China. Headed by Huang Zheng, the other four are Haitian Weiye's Pang Kang, Mindray Medical's Xu Hang, New Hope's Liu Yonghao family and Haidilao's Zhang Yong and Shu Ping couples.

While Huang Zheng became China's third richest man, Ma Huateng remained above Ma Yun with a wealth of 320 billion yuan, and is still China's richest man. At the same time, for the first time, all the top ten rich people in China entered the top 50 in the world.

"Among Hurun's top 100 global entrepreneurs, the gap between China and the United States has narrowed, from 13 to 11." Hu Run said.

The wealth of the world's richest man exceeds one trillion, and he earned a net worth of Li Ka-shing in 4 months

Water can overturn a boat, and it can carry a boat. While the epidemic dragged the world economy into a swamp, it also helped the birth of the first trillionaire on the planet.

Amazon's Jeff Bezos' wealth has increased the most in the past four months, increasing by 150 billion yuan (equivalent to a wealth of Li Ka-shing) to 1.13 trillion yuan (about 160 billion US dollars), ranking the world's richest man.

According to forecasts by relevant US agencies, Bezos’ net assets have increased by an average of 34% over the past five years. By 2030, his wealth may reach one trillion US dollars, which means that Bezos will become the first trillion on the planet. Super rich dollar. But at present, the new coronary pneumonia epidemic is greatly accelerating this process. People are forced to stay at home and rely on door-to-door delivery services. The home economy has promoted the continuous development of the e-commerce industry. Bezos's Amazon achieved reverse revenue growth during this period.

What is the concept of trillion dollars? Some netizens calculated that if all one trillion dollars were exchanged for one hundred dollar bills, they would be able to circle 39 times around the earth's equator. In other words, if you buy a lottery ticket for 1 million a day, it will take 2739 years to win a trillion dollars.

"Even after the divorce, Jeff Bezos is still 420 billion yuan more than Bill Gates, which is the largest gap between the top two in the world over the years." Hu Run said that through these four months, the world The most successful entrepreneurs have widened the wealth gap with other entrepreneurs.

When someone laughs, someone cries. In the current top ten global entrepreneurs, except for Jeff Bezos of Amazon and Steve Ballmer of Microsoft, the other eight wealth changes are all negative growth or zero growth.

Among them, LVMH's Bernard Arnott and Buffett's wealth has shrunk the most in the past four months, both of which have shrunk by hundreds of billions of yuan, which is equivalent to an average of 1 billion per day in these four months.

It is very difficult to earn a "one hundred million small target", but someone can shrink ten wealth per day within four months.

"Arnott and Buffett are the biggest losers in the past four months, each losing 18 billion dollars of wealth." Hu Run said. "Arnot originally reduced more, and in the first two months after the outbreak, he lost $30 billion; but in the next two months, he added another $12 billion."

In addition, in terms of geographical scope, Evergrande's Xu Jiayin is the only Chinese entrepreneur among the top ten in the world whose wealth has shrunk most.

The "wallet" of many rich people has rebounded in a "V" shape, and you and I should make big strides to make money. (Finish) 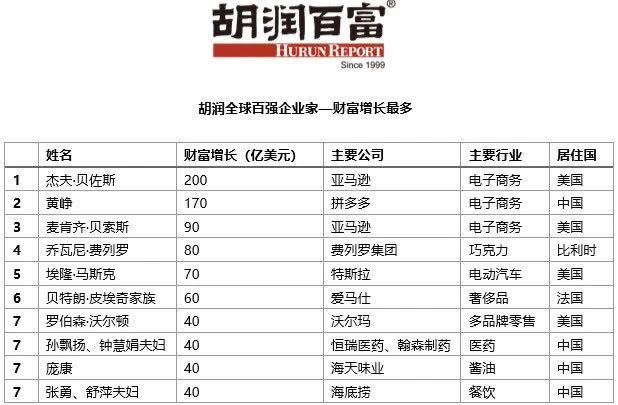 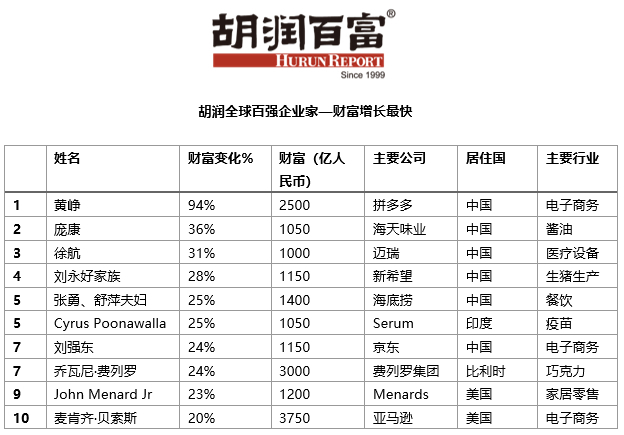 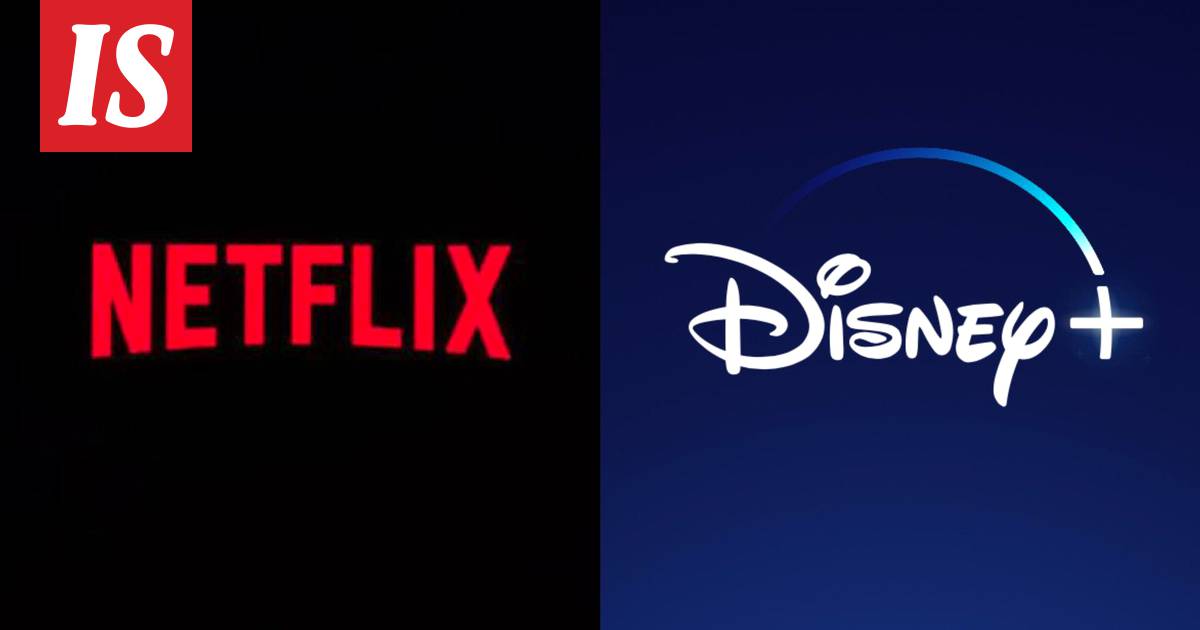 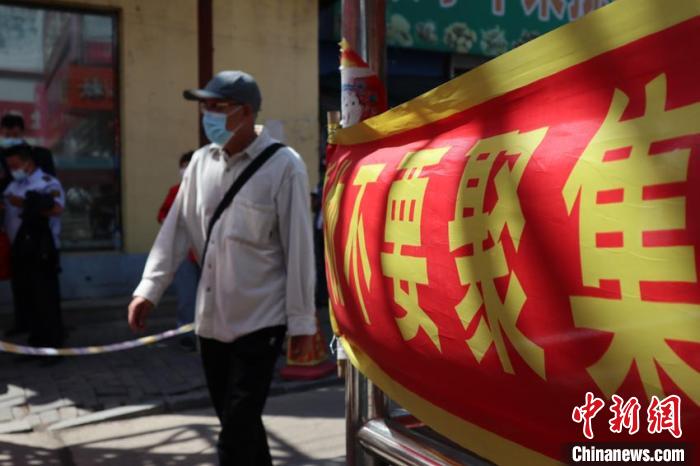 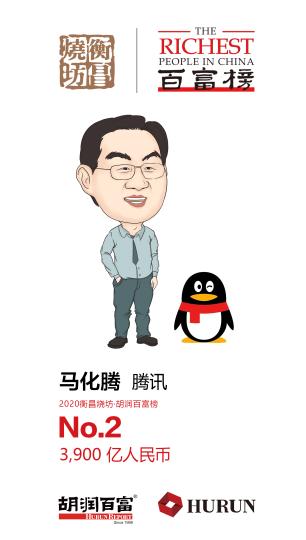 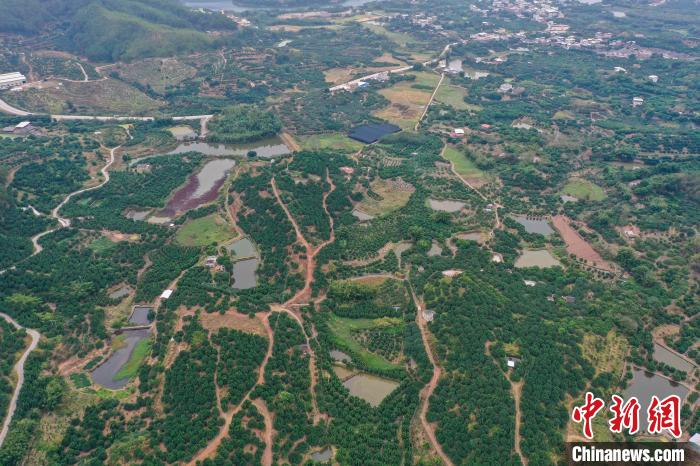 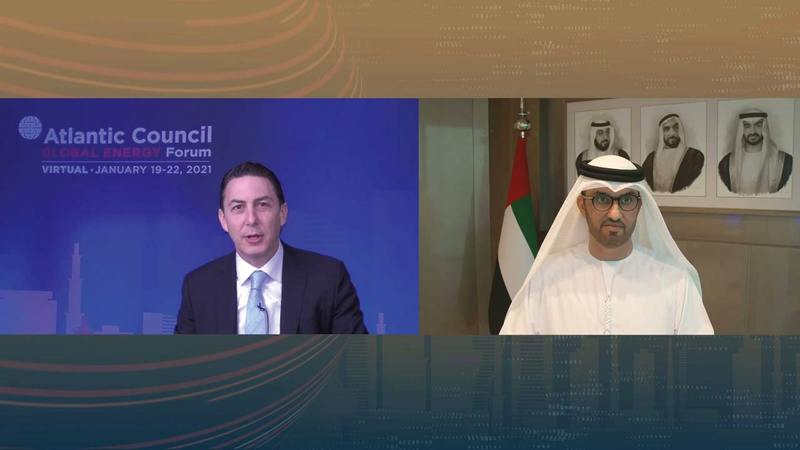 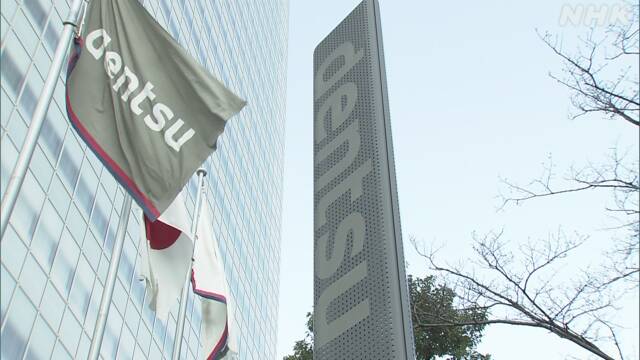 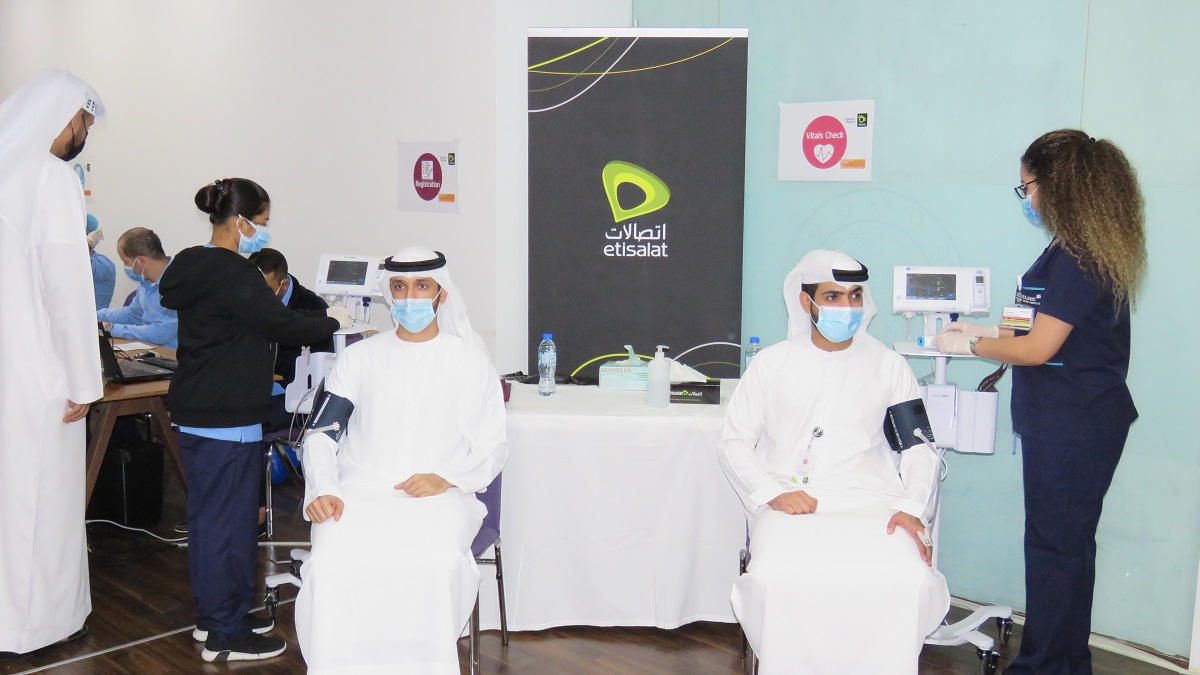 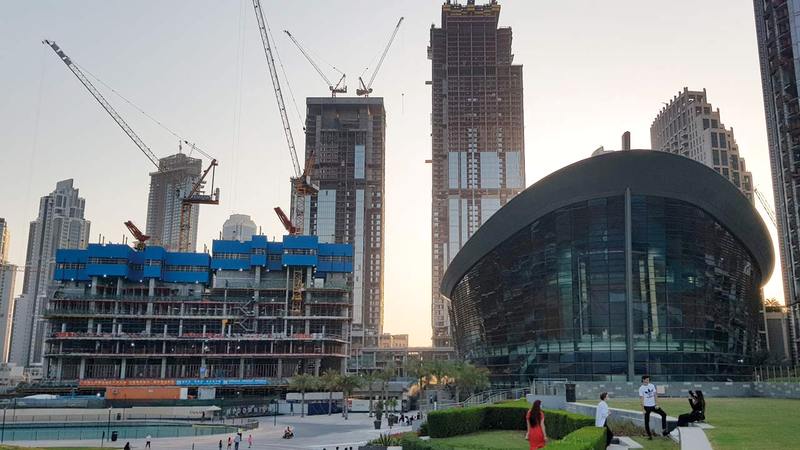 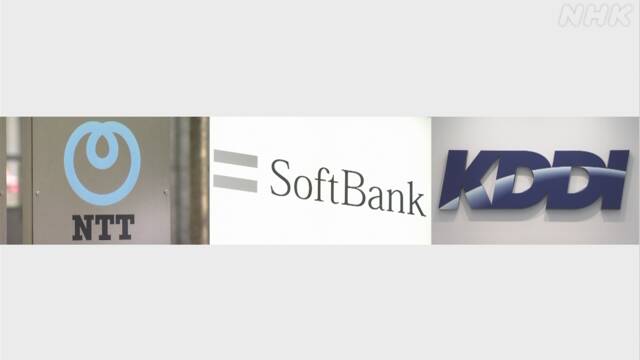 Business 2021-01-21T08:23:12.802Z
Extension of payment deadlines for mobile phones, etc. of communication companies With the spread of corona infection