Will the LPR "do not move" for two consecutive months, and will interest rates be reduced in the future?

China-Singapore Jingwei client, June 22 (Wei Wei) LPR has not dropped this month. According to the official website of the Central Bank, the quoted interest rate (LPR) on the loan market on June 22, 2020 was: 3.85% for one-year LPR and 4.65% for five-year periods or more. Compared with April and May, both types of interest rates did not occur Variety.   Analysts pointed out that the unchanged p... 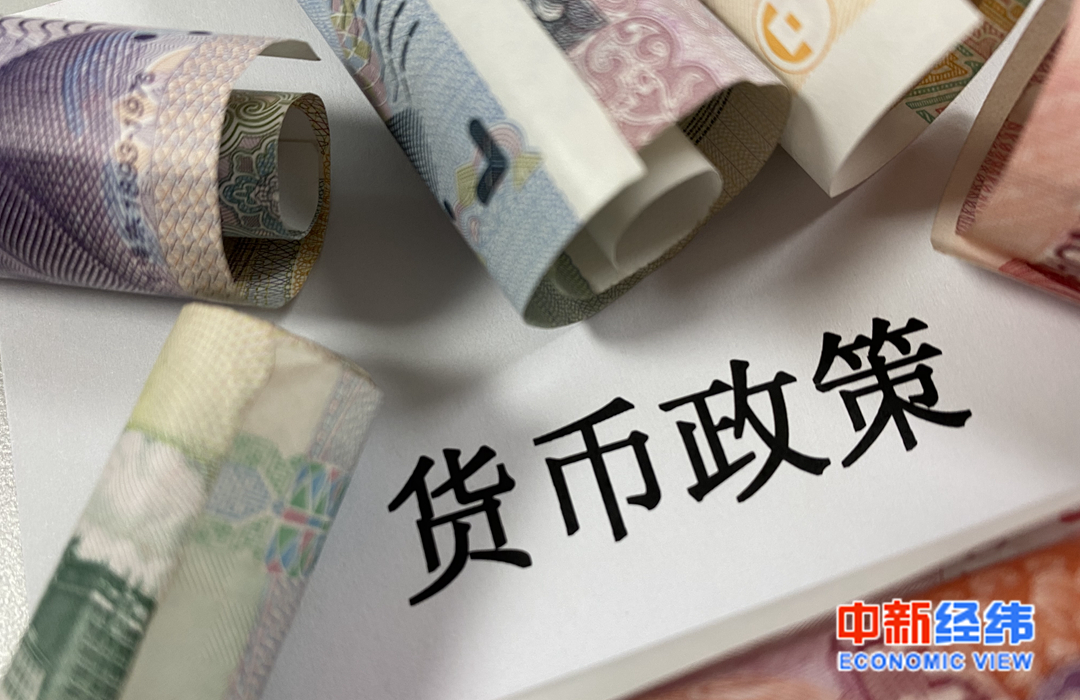 China-Singapore Jingwei client, June 22 (Wei Wei) LPR has not dropped this month. According to the official website of the Central Bank, the quoted interest rate (LPR) on the loan market on June 22, 2020 was: 3.85% for one-year LPR and 4.65% for five-year periods or more. Compared with April and May, both types of interest rates did not occur Variety.

Analysts pointed out that the unchanged price of LPR in June does not mean that the actual loan interest rate will remain unchanged. In fact, the real economy benefited by banks will mainly be reflected in the reduction of real loan interest rates. In the context of the financial system making a profit of 1.5 trillion yuan in the real economy and the possibility of lowering the standard at the end of the month, the time for the next LPR to usher in decline may be earlier than previously expected.

On June 15, the central bank launched a 200 billion yuan MLF operation with an interest rate of 2.95%, which was previously 2.95%. On the same day, the 120 billion yuan reverse repurchase expired, and a cumulative 740 billion MLF expired in June. A signal that can be watched is that the MLF interest rate remains unchanged, and many institutions have predicted that this month's LPR rate cut may fall again.

On June 22nd, LPR's quotation really "stopped in place". "The current LPR quotation is unchanged, mainly because the MLF bidding interest rate has not been lowered in June as the main reference benchmark for the quotation. Since November last year, after the MLF interest rate was reduced, the LPR quotation has followed up and both The adjustment range remains the same. In addition, since the mid-to-late May, the currency market interest rate center has risen, which means that the average marginal capital cost of banks has increased recently. Under such a background, banks have not been motivated to actively lower LPR quotes. Cheng Qing, the chief macro analyst, told the Sino-Singapore Jingwei client.

Wen Bin, chief researcher of China Minsheng Bank, believes that the recent capital market trend and the central bank's liquidity control tone have predicted in advance that the LPR will not decline further this month.

Wen Bin pointed out that from the perspective of market liquidity, June coincided with the end of the quarter and half a year, the impact of factors such as tax payment and bond issuance, the market liquidity margin was tightened, the short-term capital interest rate rose, and Shibor rebounded overnight. At more than 2.1%, the long-term 10-year Treasury bond yield increased by nearly 20 BP from the end of last month, and the overall upward price of funds formed a certain constraint on the downward trend of LPR.

He further analyzed that from the perspective of the central bank's liquidity control tone, the use of central bank monetary policy was relatively cautious this month. From the perspective of price, the central bank's contraction and parity continued to do MLF on June 15th, indicating that the probability of a rate cut this month will be reduced. In addition, at present, the central bank has strengthened the regulation and governance of the arbitrage of funds, the monetary policy is biased towards flexible adjustment, the use of policy tools is more cautious, and the market's easing expectations have converged.

In addition, Fan Ruoying, a researcher at the Bank of China Institute of International Finance, also pointed out that since the beginning of this year, the deposit and loan spreads of commercial banks have narrowed significantly and the operating pressure has increased. In the first quarter of 2020, the net interest spread of large commercial banks fell by 8 BP year-on-year. Commercial banks dropped by 10 BP year-on-year, so the incentive to actively compress LPR quotes was slightly insufficient.

"The June LPR offer remains unchanged, which does not mean that the actual loan interest rate will remain unchanged. In fact, the bank may also lower the actual interest rate in new loans issued based on credit policies, customer qualifications, etc., that is, on the basis of LPR Adjust up and down points." Wang Qing said.

According to his analysis, in March this year, the interest rate of general loans (excluding personal housing loans) was 5.48%, a decrease of 0.62 percentage points from July 2019 before the LPR reform, which was significantly more than the 0.26 percentage point decrease of the 1-year LPR during the same period. . From this point of view, the 1-year LPR rate cut has been suspended for two consecutive months, and will not substantially change the downward trend of the actual loan interest rate of enterprises. This year, the process of banks' profit-making in the real economy will continue to advance.

"Although there is no interest rate cut in May-June, July is still worth looking forward to." Zhang Dawei, chief analyst of Zhongyuan Real Estate, believes that in the context of the MLF interest rate not being lowered in June, LPR has been expected to remain unchanged. At the same time, in the context of the financial system making a profit of 1.5 trillion yuan in the real economy and the possibility of a RRR cut at the end of the month, the time for the next LPR to usher in decline may be earlier than previously expected.

According to Zhang Dawei's observation, the real estate market has emerged. The real estate market data in May is most worthy of attention is the year-on-year increase in sales data. Breaking down the monthly data, the national sales area in May was 14.73 million square meters, which was an increase of 9.7% compared with the 13.433 million square meters in May of the same period in 2019. After the market epidemic, a full recovery began, and the month-on-month month of May also saw an explosive rise.

In Zhang Dawei's view, the impact of the epidemic is passing quickly. The nationwide real estate investment began to recover in May. From south to north, construction started gradually to normal. In May, most of the urban property market has recovered significantly. Real estate and housing in development and investment have been flat, and overall investment data in the first half of the year is expected to rise year-on-year.

Regarding the mortgage interest rate issues that buyers are most concerned about, Zhang Dawei pointed out that overall, real estate loans are relatively stable and safe credit assets. Although LPR has been stable for 2 months, the bank's execution-level interest rate cuts have continued. It is expected that there will be more during the year. The possibility of continued reduction.

Yan Yuejin, research director of the Think Tank Center of E-House Research Institute, believes that the LPR base rate for the first half of the year and more than 5 years has been lowered twice, reflecting the positive interest rate cut policy. In general, with the support of policies such as RRR cuts, commercial banks have actively guided the downward interest rate of medium and long-term loans, which has also played a positive role in the reduction of mortgage interest rates. It is expected that the interest rate will still have room for decline in the second half of the year, and it will also play a positive role in house purchase transactions.

Industry insiders pointed out that since the middle and late May, with the increase in the supervision and suppression of financial idleness, the liquidity of the banking system has obviously tightened, and the market has great doubts about whether monetary easing has begun to turn.

However, on the evening of June 17, the National Council of China reported that in order to support the real economy, the financial system was required to make a reasonable 1.5 trillion yuan profit to enterprises throughout the year. And it is clearly pointed out that the comprehensive use of tools such as RRR cuts and re-loans will keep the market liquidity reasonably sufficient, increase efforts to solve financing difficulties, and ease the pressure on corporate funds.

Source of the data for standard reduction: Photograph by Sino-Singapore Jingwei Xiong Siyi

Wen Bin told the China-Singapore Jingwei client that the policy deployment of the National Convention released a more positive signal, which helped to revise the market's expectations of policy tightening. In the next stage, monetary and financial policies will continue to increase support for the real economy. With the further decline in CPI growth, there is still room and necessity for RRR cuts and interest rate cuts. It is appropriate and appropriate to lower the benchmark interest rate of deposits in a timely manner and guide LPR downwards to achieve direct financing and Indirect financing costs both fell.

Wang Qing believes that, considering the impact of overseas epidemics on domestic macroeconomic operations, in the second half of the year, the GDP growth rate returns to the potential economic growth level, and macroeconomic policies still need to be further strengthened. Not weakened. Judging from this, while the financial system is increasing concessions to the real economy, promoting wide credit with wide currency is still the main transmission path of monetary policy. The policy of interest rate cuts and RRR cuts in the second half of the year is expected to continue.

"Later LPR quotations are expected to decline further, and corporate loan interest rates will drop more drastically in the second half of the year, which will stimulate corporate credit demand and promote the deep development of wide credit." Wang Qing told China-Singapore Jingwei client.

He predicts that in order to smoothly guide the decline in corporate loan interest rates, there will be room for downward adjustments of about 40 basis points in the MLF and OMO interest rates during the year; and the subsequent comprehensive RRR cut may land sooner, or herald the currency margin since mid-to-May The tightening process will be significantly eased. (Sino-Singapore Jingwei APP)