For the fourth year in a row, the United Arab Emirates topped the countries of the Middle East and North Africa region in the Global Book Competitiveness Report 2020, issued by the Global Competitiveness Center of the International Institute for Administrative Development in Lausanne, Switzerland, which ranked the

For the fourth year in a row, the United Arab Emirates topped the countries of the Middle East and North Africa region in the Global Book Competitiveness Report 2020, issued by the Global Competitiveness Center of the International Institute for Administrative Development in Lausanne, Switzerland, which ranked the country ranked ninth in the world among the most competitive countries in the world The UAE maintained its position among the ten best competitive countries in the world during the year 2020, ahead of countries such as the United States, Ireland, Finland, Luxembourg, Germany, and the United Kingdom, leaving the UAE as the only Arab country that succeeded in reserving its position within a club. The top ten in the Global Competitiveness Yearbook report, for four consecutive years, since joining the top ten list in 2017.

The annual book report on global competitiveness depends in its methodology on the questionnaires collected at 33.33% and on the statistics and data provided by countries by 66.67%, and the report is based on its classification of the countries it covers, on four main axes that include (economic performance, government efficiency, business efficiency, and structure Infrastructure), which includes 20 sub-axes that cover 338 competitive indicators in various economic, financial, legislative, administrative and social fields, along with some new indicators that were added in the current year’s version, including what reflects the importance of achieving sustainable development goals, and to provide a vision of the economy’s position in relation to the various sustainable goals that It must be met within ten years such as education, environment, empowerment, aging and health.

Commenting on the UAE’s performance in the annual book competition report this year, Abdullah Nasser Lootah, Director General of the Federal Competitiveness and Statistics Authority, said: “For more than 10 years, the UAE has developed a clear road map to join the top 10 competitive economies in the world by the year 2021. Since then, the country has achieved exceptional achievements, and despite the challenges the world faces in the Covid 19 crisis, the UAE continues to maintain its global leadership and dedicates its position within the top ten globally, and the state has managed to reach its goal before the target date in many Among the reports of global competitiveness, the most prominent of which is the report of the annual book on global competitiveness, which is considered one of the most important reports of global competitiveness in assessing countries according to their efficiency in managing their resources to achieve prosperity for their peoples.

Lootah added: “The UAE, within the national strategy to prepare for its fifty, is moving forward with an ambitious vision that looks forward to the future, and entrenches a culture of excellence in being at the forefront of the world’s competitiveness at various levels, and thanks to the vision and guidance of rational leadership, the country has managed since 2017 to join the top 10 countries Competitive in this report, and to maintain its deserved position among the top ten globally in the overall ranking and its regional leadership, despite the rapid shifts in the global competitiveness map and the successive developments taking place in the global economy, which somehow affect the competitiveness of countries.

Progress in 7 axes
Besides the progress of the UAE in the two main axes of “economic performance” and infrastructure, the country also recorded an improvement in 7 sub-axes, as it rose to the first position globally in the labor market axis, and to the fifth globally in the employment axis, and the sixth position in the axis Prices have advanced in other sub-axes such as the societal framework axis, education, technological infrastructure, health and the environment, while maintaining their arrangement without change in two sub-axes: the behavior and values ​​axis (the second globally) and the tax policy axis (the third globally).

Hanan Mansour Al-Ahly, Executive Director of the Competitiveness Sector at the Federal Competitiveness and Statistics Authority, noted that: “The world’s movement and its changes are accelerating dramatically. The UAE is the number one in the world.

My family added: “On the other hand, thanks to the directives and support of the rational leadership and the continuous efforts led by the government of the Emirates to enhance the global competitiveness of the country, by developing performance in various sectors and working to achieve the goals of sustainable development 2030, and tangible harmony among all the entities involved in competitiveness indicators, the UAE has succeeded In maintaining its position among the ten most competitive economies in the world. "

This year’s report praised the competitive performance of the United Arab Emirates, and the significant improvements witnessed in many axes and indicators, which contributed to the country's ranking remaining among the top ten countries in global competitiveness that Singapore exported for the second year in a row.

On the other hand, Ohoud Sami Al-Mundhiri, Head of the Development and Implementation of Initiatives Department in Competitive Strategies Department at the Federal Competitiveness and Statistics Authority stressed the importance of data in improving the state’s competitiveness, as it acquires cooperation and joint coordination between governmental bodies at the federal and local levels, as well as private sector institutions, And the extent of their contribution in providing accurate and updated data in enhancing the competitive position of the UAE in various international reports and indicators, which necessitates us to continue developing performance and unifying efforts to consolidate our competitiveness in line with the rapidly changing changes in the world. "

The list of the top ten this year witnessed shifts in the classification of countries, as the United States fell from third place in the report last year to tenth place this year, Hong Kong fell from second place to fifth place, in addition to Ireland, which ranked seventh last year from the list Top ten this year to come in twelfth place.

Fourth in the world in economic performance despite the global pandemic,
despite the emergency conditions the world is going through due to the Covid-19 pandemic, but the UAE has achieved a balanced performance in the main axes of the report, as the country advanced by three places in the economic performance axis The main, the Netherlands ranked first globally, followed by the United States and Singapore, and the UAE ranked fourth in the world, surpassing countries such as Germany, China, Luxembourg, Malaysia, Canada, Japan and others.

This axis contains a set of sub-axes, including the local economy, international trade and international investments, employment and the price axis, in which the country rose from 18th place in the report of last year to the sixth rank this year, and the country occupied advanced ranks among the first five centers globally, in many Of these sub-axes, as it ranked fifth globally in the employment axis, compared to the ninth rank in the past year, as it achieved fourth rank globally in the international trade axis.

Efficiency of business and infrastructure.
In the main axis, "Business Efficiency", in which the state achieved the seventh position globally, the country came in the first five ranks in two of the five axes it includes, namely: the "labor market" axis, in which the state advanced to the first rank globally And the axis of "behaviors and values" (the second in the world), while the state came in the twelfth in terms of productivity and efficiency, and administrative practices, as the state ranked tenth globally in the "basic infrastructure" axis within the main "infrastructure" that the state advanced It has 5 places over the past year, and the performance of the country has improved in three out of five sub-axes.

Leading globally in 23 indicators
The country ranked first globally in 23 indicators, the report included in its axes and sub-indicators as the country ranked global top spot in indicators, employment rate, terms of trade exchange, and the few threats to change business locations in the economy, consumer price inflation index, and expenditure index Household consumption - actual growth, which is under the economic performance axis.

It also ranked first globally in indicators, the absence of bureaucracy, the resilience of residency laws, the low costs of compensation for termination of worker services, the low rate of external government debt, the index of low tax evasion, the low personal income tax collected (%), and the index of low indirect tax revenue Outcome (%), the actual personal tax index, and the percentage of female representation in Parliament, which are the indicators included in the government efficiency axis and sub-dialogue.

The country ranked first globally in the indicators, the percentage of the workforce in the total population, hours of work, the index of senior managers, the index of labor disputes, and the proportion of the expatriate workforce, which fall under the axis of business efficiency. It also came on the global top in indicators of low dependency ratio, partnership between government and private sector, and environmental laws, which fall under the infrastructure axis and sub-dialogue.

The country is in the top ten in 106 indicators

According to the results of the Competitiveness Annual Report 2020, the UAE ranked among the first ten globally in 106 indicators out of 338 sub-indicators covered in the report, as it ranked second in indicators: government consumption expenditures, "actual growth", corporate tax collection, and the percentage of capital collection Real estate taxes, the ability of government policy to adapt, labor regulations, the low number of older persons relative to the population, the proportion of skilled labor, the availability of global expertise, corporate use of big data and analytical tools, entrepreneurship, quality of air transport, and government spending on education for each student.

The country ranked fifth globally in many indicators, including the ratio of gross domestic savings ratio, per capita gross domestic product index according to the purchasing power rate, the general government gross debt ratio index, the measure of measures needed to start economic activity, the credit index, and the trend towards Globalization, an indicator of the availability of qualified engineers, and an indicator of the transition of higher education students into the country.

The country also ranked sixth globally in indicators, public funds, the effectiveness of the personal income tax rate, the occupational index "the period of training in the profession", the index of financial and banking services, the index of investment capital, an index that changes market conditions, the effectiveness of corporate boards, and absorption The need for economic and social reforms, digital transformation in companies, basic and secondary education.

The country also ranked eighth globally in indicators: the current account balance (billion US dollars), the focus indicator on exports from partners, the workforce growth index, and the language skills index, while it ranked ninth in indicators, the ratio of exports to goods, and the cost of a head Money, support, and the number of days it takes to start a business, political stability, small and medium enterprises, the economic cost of each worker, the availability of financial skills, and an indicator of pollution problems. The country ranked tenth globally in indicators of direct investment flows abroad relative to gross domestic product, And the index of youth unemployment, the index of equal opportunities, the index of total productivity with purchasing power parity, the index of corporate debt, the index of gross domestic energy production, and the ratio of pupils to teachers (secondary education).

News/Politics 2020-10-12T13:58:39.034Z
The Cabinet approves the restructuring of the Board of Directors of the Emirates Space Agency headed by Sarah Al Amiri 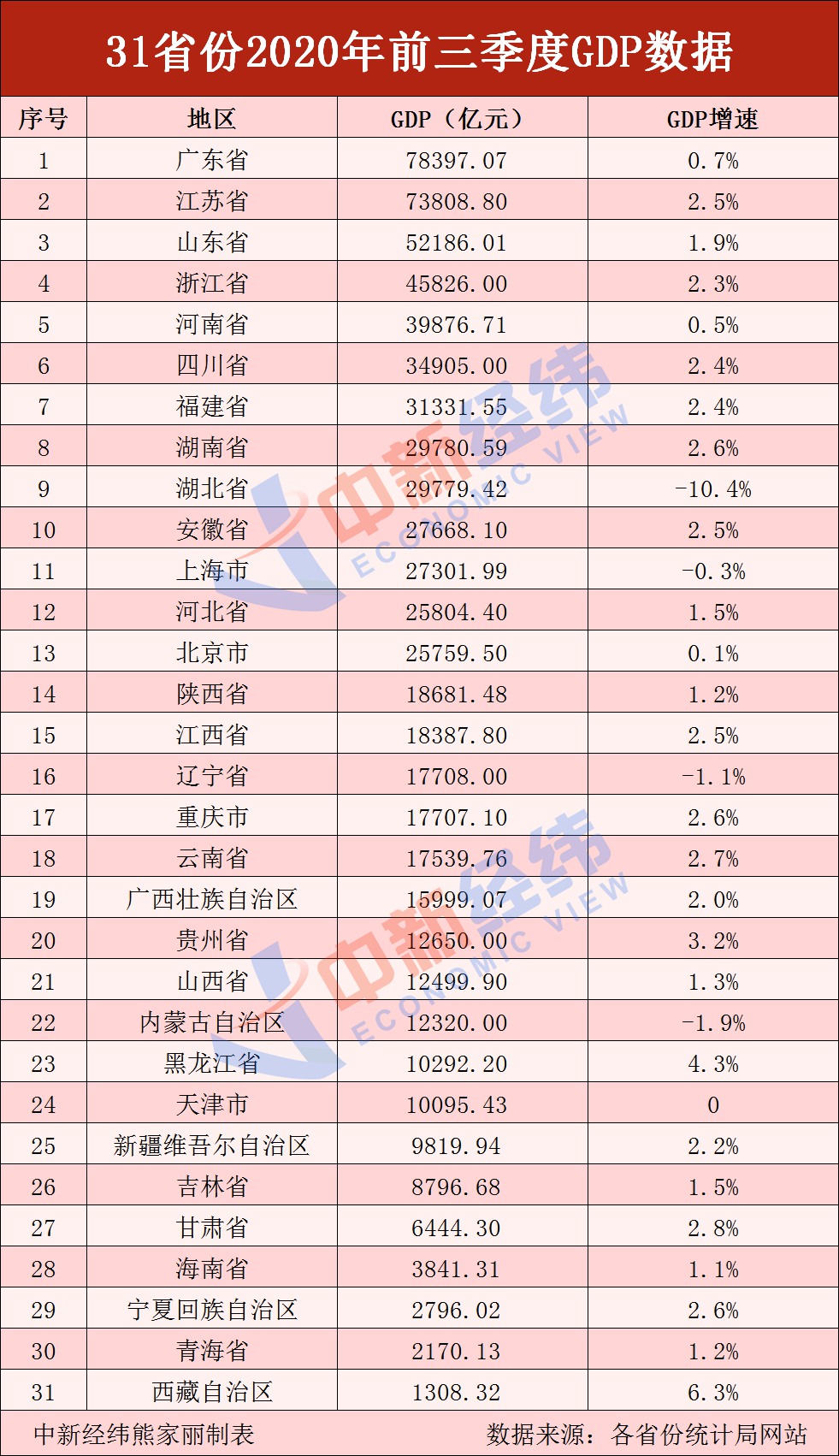 Business 2020-10-30T18:09:06.640Z
GDP rankings in the first three quarters released: Guangdong, Sulu, and Jiangsu are among the top three and the growth rate of 26 provinces has turned positive 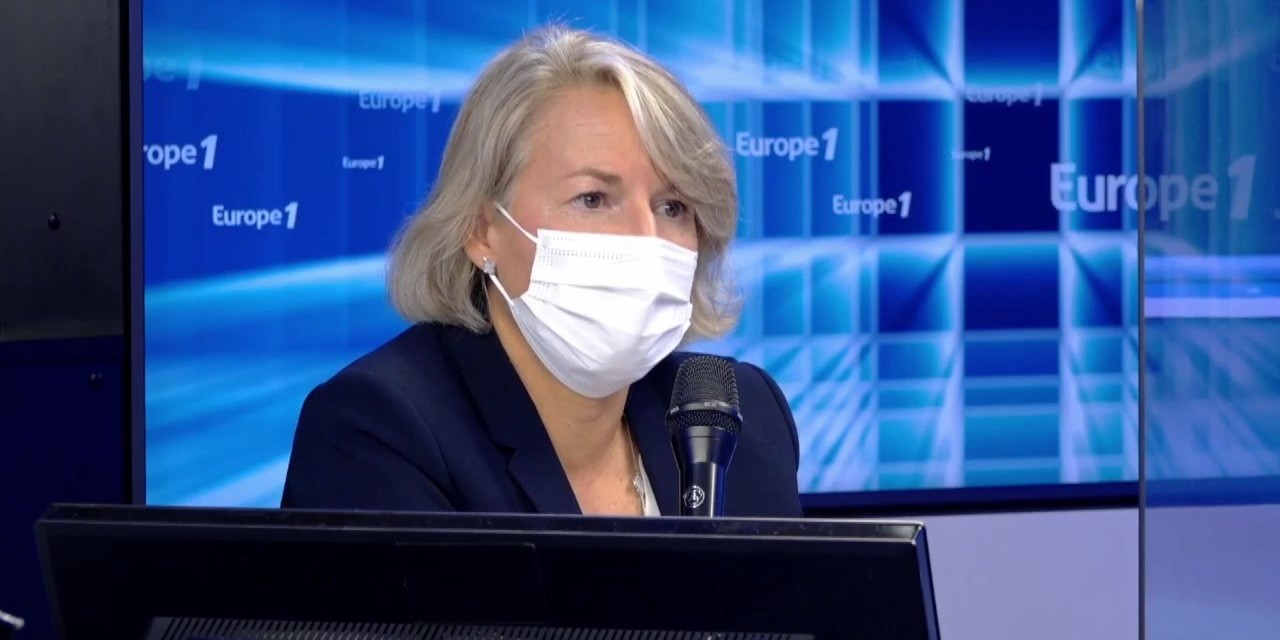