Why are the small appliances that are "epidemic" unique, why have they escaped the black swans?

China News Service Client, Beijing, June 2 (Zuo Yukun) The new crown epidemic "Black Swan" flew over, bringing unprecedented impact on society and production. The home appliance industry was not spared, and it encountered freezing point in the opening year of 2020.   However, in the home appliance market, there is still a place where the "black swan" wings are not brushed, that is, small home a... 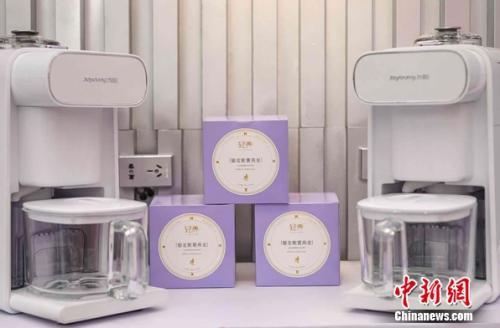 China News Service Client, Beijing, June 2 (Zuo Yukun) The new crown epidemic "Black Swan" flew over, bringing unprecedented impact on society and production. The home appliance industry was not spared, and it encountered freezing point in the opening year of 2020.

However, in the home appliance market, there is still a place where the "black swan" wings are not brushed, that is, small home appliances with strong development momentum in recent years. The rise of the "house economy" under the epidemic situation has made small appliances more popular against the market.

Not falling but rising, "epidemic" stands out

"Recently, clothes and cosmetics have been bought less, and all the money has been spent on it." Wall-breakers, toasters, sandwich machines, air fryers... In recent months, Ms. Min Yin of Beijing has purchased many small appliances.

Ms. Yin said that in the days of the house, she was willing to brush up on shopping apps and watch live broadcasts when she was idle. There were many novel small appliances recommended in it, and she bought a lot of them without paying attention.

"Ovens, juicers, kettles, humidifiers, these small appliances have recently sold well, much better than they were years ago." In a shopping mall in Chaoyang District, Beijing, the shopping guide of a certain brand of household appliances told reporters that the epidemic made more Office workers have time to walk into the kitchen, and some small appliances related to cooking and cleaning are very popular.

At the counter in Jiuyang, the wall-breaking machine is currently the main product. "From cheap entry-level models to higher-priced high-end models, sales have increased a lot than before." According to the shopping guide, the wall-breaking machine is actually not a new product, but the epidemic has made people pay more attention to health and health, plus some nets The goods brought by Honghe anchors have become the "net celebrities" in the small home appliance industry recently.

According to the "Report on the First Quarter of my country's Home Appliance Industry in 2020" released by the National Household Appliance Industry Information Center, the domestic retail sales of China's home appliance industry in the first quarter of 2020 totaled 117.2 billion yuan, a year-on-year decrease of 36.1%. Among all home appliance categories, only small cooking appliances and personal care appliances rose.

According to the data of Aoweiyun.com, the retail sales of electric ovens in the first quarter increased by 97.9% year-on-year, and that of cooking machines increased by 68% year-on-year. The market expects that small volume, portable, disinfection and sterilization health care will become the hot words of small household appliances of the year.

On social platforms, there are many netizens who are keen to buy small appliances. They joked that before they bought small appliances, they were always vomited to be "some and none", and now they have a nice saying called "improving the happiness of life".

In the mid-1980s, small household appliances gradually entered the homes of ordinary consumers in China. At first, they mainly included electric fans and rice cookers. In the 1990s, some emerging small household appliances entered the market as a symbol of fashion, high income, and modernization. The life of urban residents; since the 21st century, with the development of "Internet +" and the improvement of people's health awareness, the demand for health, energy saving, intelligence and health care has begun to rise, and small appliances have officially entered the golden stage of development.

In a large appliance store, "health" products such as air purifiers and water purifiers are placed in conspicuous locations such as elevator entrances. Zeng Jieshe

Unlike traditional home appliances that have gradually emphasized online layout in recent years, small home appliances are very suitable for e-commerce channel sales because they are not restricted by the installation of large home appliances, so they are almost inextricably linked to online.

However, as the only branded small household electrical appliance company that has landed on the capital market in the past 10 years, it is currently difficult to see the physical store of Xiao Xiong Electrical Appliances offline. Because its commercial strategy is to vigorously develop low-cost products such as bean sprouts, egg cookers, electric cookers, etc. with prices ranging from tens of yuan to more than one hundred yuan; while bypassing the physical channels such as Gome and Suning, offline Dedicated to online e-commerce platforms such as JD.com, Taobao, and Tmall.

In the first quarter of 2020, Xiaoxiong Electric's online revenue accounted for about 90%.

During the epidemic, offline consumption was suppressed, and the share of online consumption expenditure further expanded. According to the latest report of China’s Home Appliances Market in the First Quarter of 2020 released by the China Electronic Information Industry Development Institute, online retail sales accounted for 55.8% of the total retail sales of the home appliance market in the first quarter of this year. .

Large household appliances have a long decision-making chain, and users have difficulty buying on impulse. But live broadcasts often have to attract consumers to buy impulsively through auctions or big sales. Therefore, the liveliness of live streaming with goods is more of small appliances.

"There are many categories of small home appliances, and there are a variety of functions. The live broadcast room is more conducive to showing usage to consumers, and it is also convenient for shopping guides to recommend the corresponding products according to the message." In the eyes of the industry, small home appliances with the influence of net red will be the first to eat Dividends with live streaming.

Can quickly catch consumers' attention in just a few minutes in the live broadcast room, "small and beautiful" is an important label for small appliances. The cute appearance highlights the small accompany as an alternative companionship attribute for consumers, and home appliance brands of all sizes are also spared no effort to tap the "beauty" side, which is summarized by industry insiders as "selling cuteness will be the first growth force in 2020."

Not long ago, Midea small appliances and animation IP Pokémon jointly launched a series of co-branded small appliances such as induction cookers and electric kettles, and collaborated with many well-known anchors such as Li Jiaqi to achieve good sales results.

"Internet celebrities" and "IP" seem to be one of the key points for brand companies to penetrate the circle. The acceptance and consumption level of IP-branded products by young consumer groups is unquestionable. From Uniqlo's co-branded T-shirts to the Palace Museum's co-branded series of makeup, there are numerous examples of cross-border IP opening circles and half the sky, and it will also be an important direction for the small home appliance industry to exert its strength in the future.

At the same time, some people in the industry have injected a sober agent into the market: young people are willing to try new things, but the probability of the product "ashing" in the corner after impulse consumption also exists greatly. In order to achieve long-term development, "small and beautiful" should also be built on "exquisite use". (Finish)