A friendly economy starts. Reporter Kwon Aeri is out. Reporter Kwon, the third emergency economic meeting is held today. What will be discussed today, and the names are very diverse, and I'm wondering if there will be a announcement today about this, the Corona 19 Livelihood Support Fund and the Emergency Disaster Support Fund. 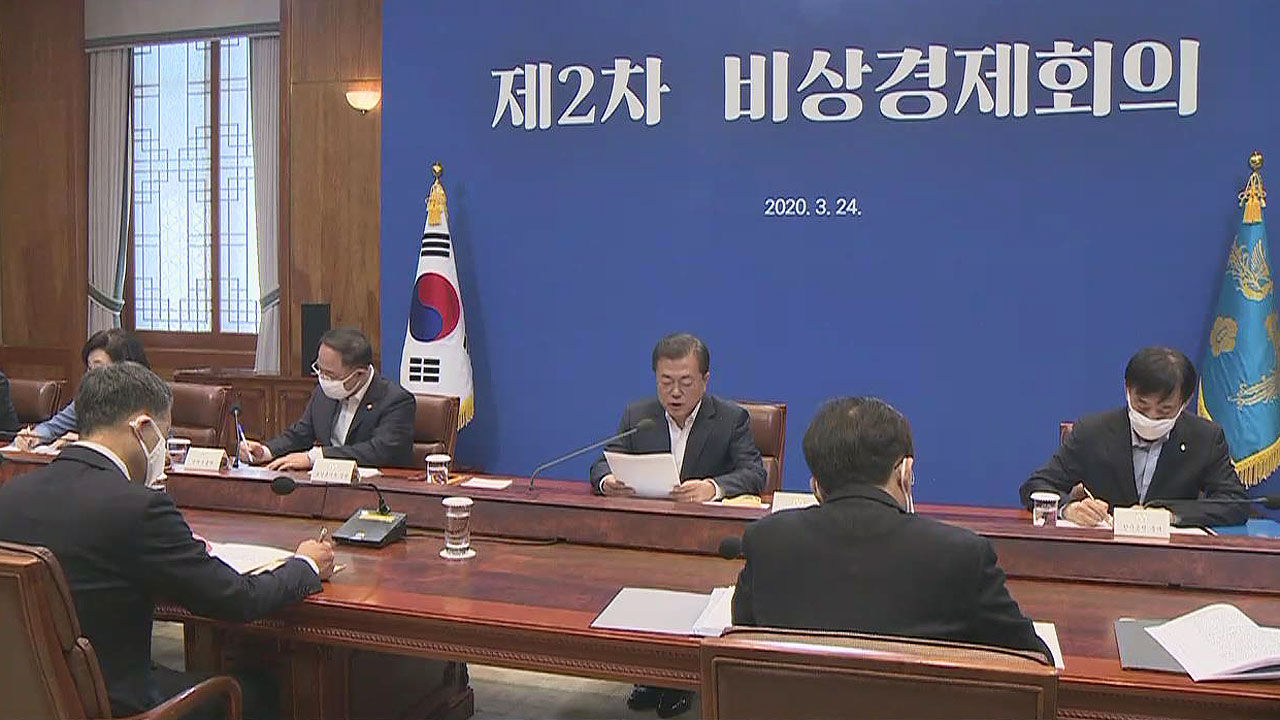 A friendly economy starts. Reporter Kwon Aeri is out. Reporter Kwon, today (30th) the third emergency economic meeting will be held. What will be discussed today, and the names are very diverse, and I'm wondering if there will be a announcement today about this, the Corona 19 Livelihood Support Fund and the Emergency Disaster Support Fund.

Yes. First, that will be the core of today. The emergency economic meetings on the 19th and 24th mainly included measures to support small business owners and businesses, and measures for financial markets.

The announcement of the amount of money to go into the policy also increased from 50 trillion won to 100 trillion won in a week. As such, it can be said that it demonstrates that the government is seriously looking at the current economic situation.

In order for large-scale financial countermeasures to work properly, as I said last week, the first level of so-called 'Korean quantitative easing' in Korea, as well as countermeasures that the Bank of Korea will supply banks and securities firms with unlimited money for the next three months.

At the third meeting today, the so-called “emergency disaster relief” measures will be announced. It is a way to provide cash support to ordinary people.

Yes. What draws your attention is how far you can get this money, especially at the target, income level.

It was known that the proposal to provide cash support in the form of a consumption coupon to the bottom 50% of the entire population was mentioned.

You need to increase this scale. It is highly likely that the claim that 70-80% of all citizens should be able to receive it can continue to come out of politics and become half-plus alpha.

Plans to reduce the cost of many people will also be discussed and announced at today's meeting. It's also what the President mentioned on the 24th.

We are also interested in how much we will increase the cost reduction target and how long it will take.

It is known that the National Pension and Employment Insurance premiums were held in favor of deferring, instead of reducing.

I can guide you right away, but after the grace period, I will share the portion that I didn't pay at the time.

Reporter Kwon and some economic indicators are released this week, including how corona19 is affecting you, right?

Yes. It was in February that our economy began to take effect in Corona 19. Fear has grown sharply since mid-February, when the confirmers began to surge.

From March, public health policy not only promoted so-called social distance, but the spread of corona19 began to spread worldwide, not just in China and Asia.

The situation in which the world is exchanging economic effects together began to appear in earnest in March, and it seems that the impact of Corona 19 will be calculated more specifically in the economic indicators for February and March this week.

And if this situation is not resolved, it will be a number that can be estimated by delaying how much more it will be smelled in the future. First, the Bank of Korea released the consumer sentiment index for March last weekend.

This index is saying that the average is 100, and the lower the number, the stronger the public thinks that they will have to close their wallets and fasten their belts. This index plummeted from February to 78.4.

It was the lowest since March 2009 when the financial crisis was severe. The decline has been the largest since the investigation began.

It is the most pessimistic since the financial crisis as to how my income and lifestyle will be in the future. So how did the industry actually work, this is coming out in February tomorrow.

Industry Activity Trends for February You can see how much production and consumption investment actually increased and decreased in February by automobile, semiconductor, and service industries. On Thursday, the price of March is coming out.

Now that the financial market is not only inside of us, but also the atmosphere abroad is very important, I told you that today, the deadline for 'social distance' applied by the United States ends today.

It is expected that the financial markets, including our stock market, will respond to what the US will do later.