“Opportunities for large projects”: what triggered Russia's interest in the ASEAN summit

On Saturday, November 2, a summit of the Association of Southeast Asian Nations (ASEAN) starts in Thailand. In recent years, Moscow has been actively supplying its energy resources, technologies and agricultural products to ASEAN countries. At the same time, the recent creation of a free trade zone with Singapore will allow Russian companies to more actively penetrate the markets of the region. What is the reason for Russia's growing interest in ASEAN states - in the material RT. 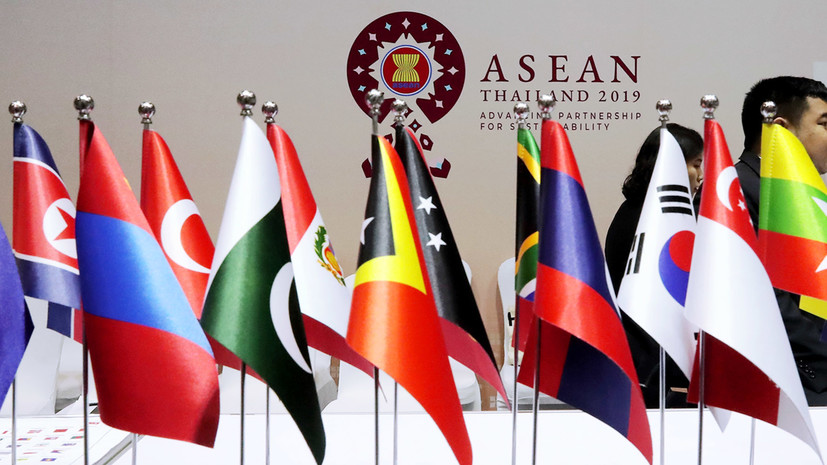 The 35th ASEAN Summit will be held from November 2 to 4 in Bangkok. In the Thai capital, heads of state and government of countries of the association will discuss the development of trade, economic and political relations with the Asia-Pacific region.

ASEAN was formed in 1967, it includes ten states: Brunei, Vietnam, Thailand, Singapore, Myanmar, Indonesia, Laos, Cambodia, Malaysia and the Philippines. The total GDP of the association is estimated at almost $ 3 trillion.

As expected, the central event will be the meeting of the East Asian Summit (EAC). We are talking about negotiations between the ASEAN states and partner countries, among which are Russia, China, India, the USA, Japan, South Korea, Australia and New Zealand.

Russia will be represented at the summit by Prime Minister Dmitry Medvedev. This is stated in the press service of the government.

“The meeting participants will exchange views on promoting cooperation within the EAC in priority areas, including sustainable development and economic interconnectedness, digital technologies, responding to new challenges and threats,” the Cabinet’s press service reports to TASS.

In addition, Dmitry Medvedev plans to address the ASEAN Business Investment Summit, as well as hold a series of bilateral meetings.

Moscow has been in dialogue with ASEAN for 23 years. In 2018, trade between Russia and the block countries increased by 7% and amounted to almost $ 20 billion. This was earlier stated by the head of the Ministry of Economic Development Maxim Oreshkin. According to the FCS, the share of the association states is about 3% of Russian trade. At the same time, Vietnam (with a share of 0.9%) and Singapore (0.5%) remain the key trading partners of Moscow in ASEAN.

“ASEAN countries are, first and foremost, growing and emerging markets, and relatively free, where you can occupy certain niches. Russia has opportunities there for large infrastructure projects, for example, the development of nuclear energy and the construction of railways, ”Dmitry Alexandrov, chief strategist at UNIVER Capital, told RT.

According to the expert, today the main share of Russian deliveries to ASEAN countries falls on energy raw materials (mainly oil and oil products), vehicles and chemical products. In recent years, technology exports have also been growing. This was told to RT by the head of the HSE School of Oriental Studies, Alexei Maslov.

“We have now begun to supply technology and service packages for these technologies to ASEAN countries. We already have contracts for the repair of aircraft, for the supply of equipment for the construction and maintenance of railways, as well as parts for steelworks and metalware, ”Maslov emphasized.

It is noteworthy that at the moment Russia has signed agreements on a free trade zone (FTA) with two ASEAN states. So, in 2015, the Russian Federation concluded an agreement on an FTZ with Vietnam. As a result, from 2016 to 2018, the Russian-Vietnamese trade turnover increased by almost 60% - up to $ 6.08 billion. This is evidenced by the data of the Federal Customs Service. As the deputy head of the Vietnamese Foreign Ministry, To An Dung, previously said, by 2020, mutual trade between the two countries could reach $ 10 billion.

On October 1, 2019, Russia signed a similar agreement with Singapore. In 2018, the Russian-Singaporean trade volume amounted to $ 3.66 billion. According to the estimate of Narek Avakyan, after the creation of the free trade zone over several years, the figure can also increase to $ 10 billion.

“In general, Russia is now trying to expand its geopolitical presence in the countries of Southeast Asia. Such a policy will allow us to increase opportunities in the energy sector, military-technical cooperation, tourism, nature management, ecology and space exploration. Moreover, partnership with ASEAN countries will also lead to accelerated economic growth in the regions of the Far East and Siberia, ”said Gaydar Hasanov, an expert at International Financial Center, in a conversation with RT.

As the experts interviewed by RT expect, on the sidelines of the summit, participants will discuss the signing of the Comprehensive Regional Economic Partnership (WFEP). It is about creating a single Asian free trade zone between the ASEAN countries and six other states in the region - China, India, Japan, South Korea, Australia and New Zealand.

“If the ASEAN countries and its six partners sign the WREEP, which has been negotiated since 2012, then the world's largest free trade zone will appear. Already, the volume of GDP of countries - potential participants of the WEPD reaches $ 49.5 trillion, or 39% of the global economy. According to forecasts, by 2050 this figure could grow to $ 250 trillion, ”said Dmitry Alexandrov.

According to Aleksey Maslov, the creation of a WREEP will reduce trade barriers and facilitate the transport of goods between Asian countries. As a result, product prices in the region may fall by 10-15%. According to the expert, Russia will benefit from the possible conclusion of the WEP. It is about building up active trade with Asian states through Singapore.

“It was for this purpose that we signed the FTA agreement with Singapore. Over the past ten years, the country has remained a zone for the deployment of our high-tech enterprises. As a participant in the WREEP, Singapore can become a springboard for Russian manufacturers in the region. It will be easier for our products to penetrate into the territory of other Asian countries, and for companies it will be easier to place their enterprises in the region, ”Maslov concluded.

Business 2020-11-08T22:11:49.196Z
The second China-ASEAN Artificial Intelligence Summit will be held to promote technological exchanges and cooperation in the digital economy

News/Politics 2020-11-27T02:45:39.646Z
Xi Jinping delivered a speech at the opening ceremony of the 17th China-ASEAN Expo and China-ASEAN Business and Investment Summit

News/Politics 2020-11-28T02:12:05.283Z
Xi Jinping delivered a video speech for this major international exhibition. What kind of clear message is conveyed? 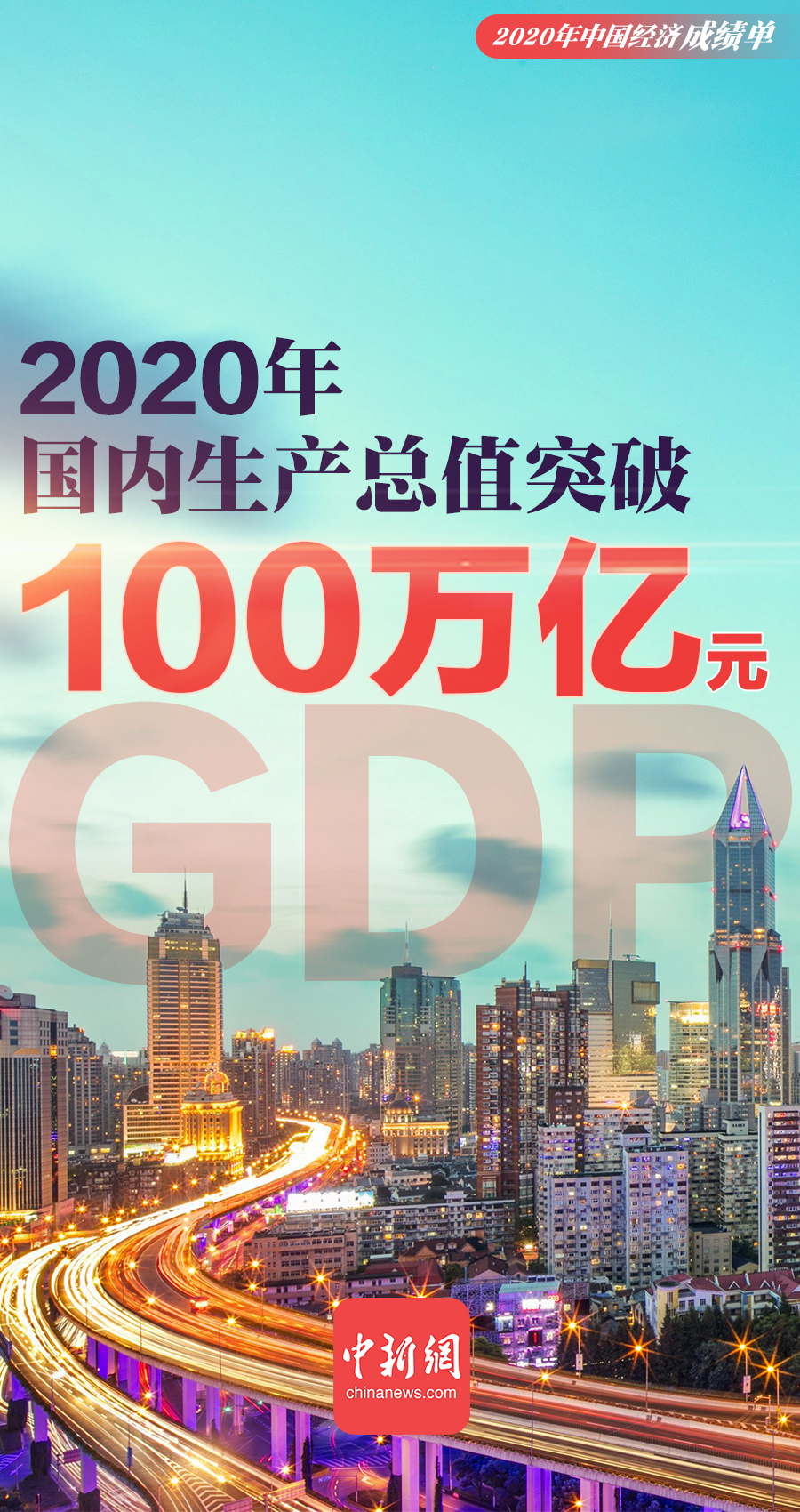 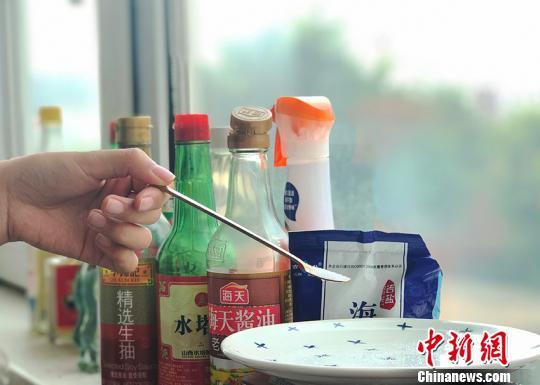