“The Method of Experiments": for which professors from the USA were awarded the Nobel Prize in Economics

Michael Kremer, Esther Duflo and Abhijit Baneji became the winners of the Nobel Prize in Economics in 2019. American university professors have received an award for an experimental approach to reducing global poverty. In their studies, experts found out how to improve education and health in developing countries. The work of scientists allows a better understanding of how to deal with one of the main problems of the world economy - the growth of inequality, the committee noted. 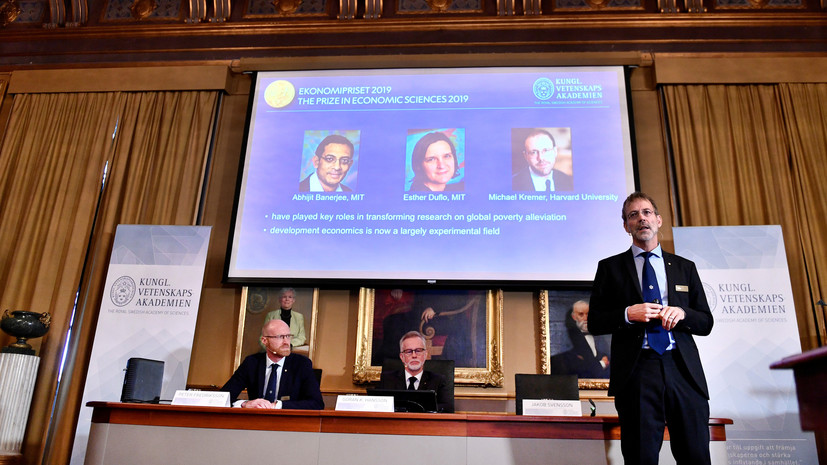 Harvard American professor Michael Kremer is 54 years old. The economist is known as the founder of WorldTeach, an international non-governmental organization for alleviating poverty, and the author of the theory of development of the O-ring. Kraemer’s concept explains why rich countries create complex products and have higher productivity than poor countries.

58-year-old American-Indian scientist Abhijit Banerjee and 46-year-old Frenchwoman Esther Duflo - spouses and professors of the Massachusetts Institute of Technology (USA). In 2003, the couple founded the Abdul Latif Jamil Poverty Research Laboratory. In 2011, on the basis of their observations and experiments, Banerjee and Duflo wrote the book “The Economy of Poverty: A Radical Rethinking of Ways to Combat Poverty in the World”.

“This year’s laureates have introduced a new approach to getting a reliable answer to the question of how best to deal with global poverty. Specialists divide the global problem into smaller and manageable issues related, for example, to measures to improve children's education and health. Economists have shown that these specific issues are best addressed through carefully designed experiments, ”the Swedish Royal Academy of Sciences said in a press release from the Nobel Committee.

According to the committee, over the past 20 years, the standard of living of people in the world has improved markedly. Since 1995, the indicator of economic well-being in the poorest countries has doubled, child mortality has almost doubled globally, and the proportion of children attending schools has grown from 56% to 80%. Meanwhile, more than 700 million people still live in extreme poverty, and about five million children under the age of five die each year from easily treatable diseases.

As Alexander Abramov, head of the laboratory of the Institute of Applied Economic Research at the RANEPA, said in an interview with RT, in 2019 the award is aimed at encouraging precisely experimental activities in poverty reduction.

“The achievements of the laureates are not associated with any global discovery, but with the fact that they are developing the method of field experiments. This is a new area of ​​methodology in economic science. It allows finding the most priority development areas in the economies of developing countries, for example, investments in health and education. The experiments allow us to analyze the long-term consequences of these investments for the economy of a country, ”explained Alexander Abramov.

So, Michael Kremer conducted experiments in the health sector. The specialist and his colleagues studied the impact of drug prices in poor countries on success in treating parasitic infections.

“Scientists found that 75% of parents gave their children these pills when the drugs were free, compared to just 18% when the drugs cost less than one US dollar. Subsequently, in many similar experiments, similar “paradoxes” were discovered: poor people are extremely sensitive to prices in relation to investments in preventive health care, ”the Nobel Committee notes.

The laureates conducted similar experiments in the field of education in India and Kenya. As a result of the study, economists found that providing schools with textbooks and free meals did not affect student performance. So, to improve the level of education, it is necessary to improve the quality of teaching and select an individual teaching methodology for each child.

The issue of poverty reduction is crucial for solving a higher priority task for the global economy - reducing global inequality. This was in an interview with RT told the expert of the company "International Financial Center" Vladimir Rozhankovsky.

“A continued increase in income inequality causes not only social and political problems, but also economic ones. Low-income people are not given the opportunity to realize their human capital potential, which is harmful to the economy as a whole. According to the index of the World Economic Forum, in 2018, income inequality increased or remained unchanged in 20 out of 29 advanced economies, and poverty increased in 17 states, ”Rozhankovsky said.

In the entire history of the Nobel Prize in economics, only one Russian scientist received it. In 1975, the Soviet mathematician and economist Leonid Kantorovich was awarded "for his contribution to the theory of optimal resource allocation."

Earlier, in 1973, the award was received by Vasily Leontyev "for the development of the cost-output method and for its application to important economic problems." However, an economist born in the USSR, at that time already worked in the USA and acted as a representative of the American school. Prior to this, in 1971, the award was also awarded to the American economist Simon Kuznets born in Pinsk. The prize was awarded "for an empirically sound interpretation of economic growth, which led to a new, deeper understanding of the economic and social structure and the development process as a whole."

The presence of only one representative of Russia among the Nobel Prize winners in economics is explained by experts as the weakness of national economic science during the Soviet era. This is largely due to the fact that in Soviet times, domestic economic science was outside the international community. However, the prize is mainly aimed at representatives of a market economy.

“The problem was that back in the 1920s and 1930s there was a very good economic school in the country, which helped to develop five-year plans. After that, economic science began to depreciate and was reduced only to the substantiation of the command-administrative model. For many years this slowed down the development of the Russian economic school, ”said Alexander Abramov.

Selection of the best

The award for achievements in the economic sciences was approved in 1968 by the Bank of Sweden and received the name “Alfred Nobel Prize in Economics”. The first award took place in 1969. Then the Norwegian economist Ragnar Frisch and the Dutch scientist Jan Tinbergen “for creating and applying dynamic models to the analysis of economic processes” became laureates.

Over the entire period of its existence, the prize was awarded 51 times, and a total of 84 people received it. Until 2019, the youngest of them was the American economist Kenneth Joseph Arrow. He became a laureate in 1972 at the age of 52, along with the English scientist John Hicks. The award marked the work on the theory of general economic equilibrium and the theory of welfare. Moreover, in 2007, the American economist of origin Leonid Gurvich “for creating the foundations of the theory of optimal mechanisms”, which at that time was 90 years old, became the oldest winner. Then, along with him, the Americans became Roger Bruce Myerson and Eric Maskin.

It is curious that Esther Duflo became the second woman - the laureate and the youngest winner of the prize in economics. Prior to her, in 2009, Indiana University professor Elinor Ostrom received the award "for research in the field of economic organization."

The selection process for the laureate traditionally starts in September, a year before the presentation of the award. About 3,000 leading scientists from around the world receive a standard form, which must be completed and sent to the Nobel Committee before January 31. After that, 250-300 preliminary candidates are selected, whose work is studied and evaluated by specially selected experts all spring. During the summer, the committee draws up a report with recommendations for the Royal Swedish Academy of Sciences, and in September the document is discussed at two meetings of the economic section of the academy.

The winner, chosen by majority vote, is traditionally announced on the second Monday of October. According to the rules of the Royal Swedish Academy of Sciences, the names of the other applicants for the Nobel Prize have not been disclosed for 50 years. The award ceremony takes place on December 10 - the day of the death of the inventor and entrepreneur Alfred Nobel.

In 2019, the laureates will receive 9 million Swedish kronor ($ 915 thousand). Note that a year earlier, the amount was about $ 1.02 million. Then, Nobel Prize winners were Yale University economist William Nordhouse and professor of the Leonard Stern School of Business at New York University Paul Romer. American experts received their award for studying the impact of climate change and technological innovation on global growth. 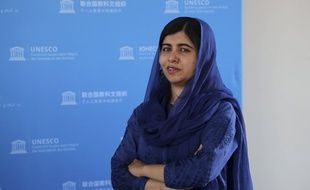 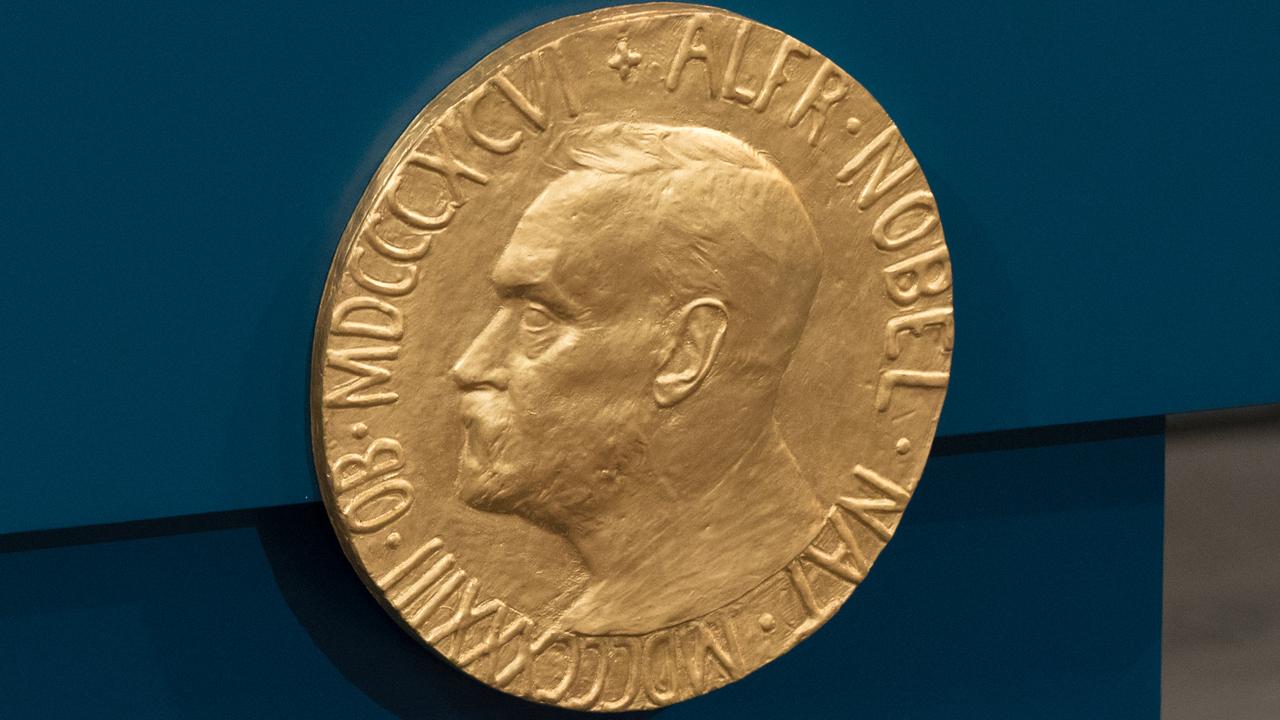 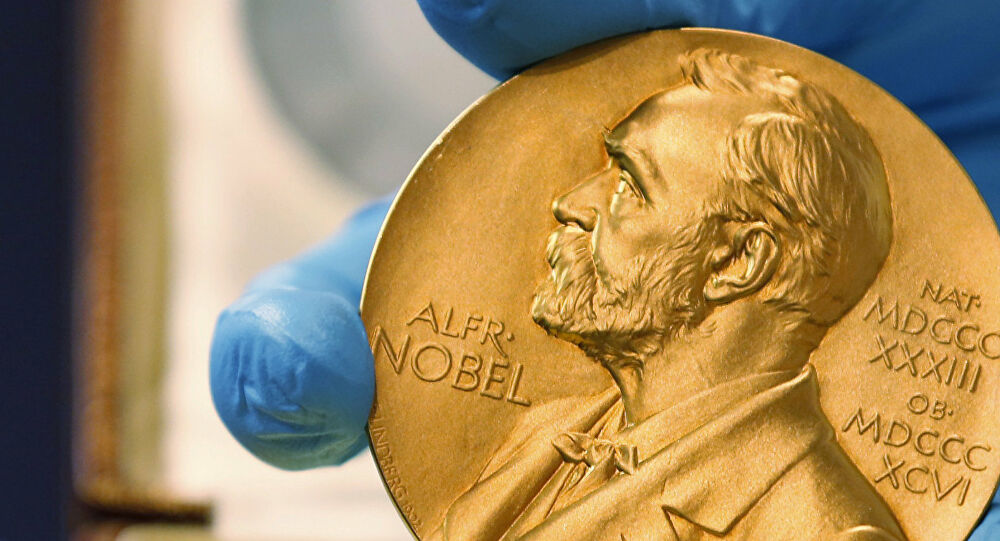 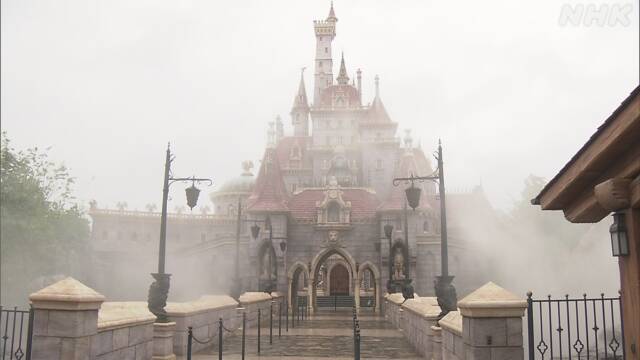 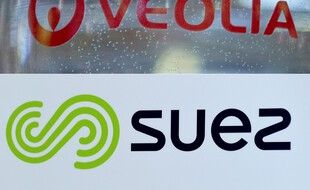 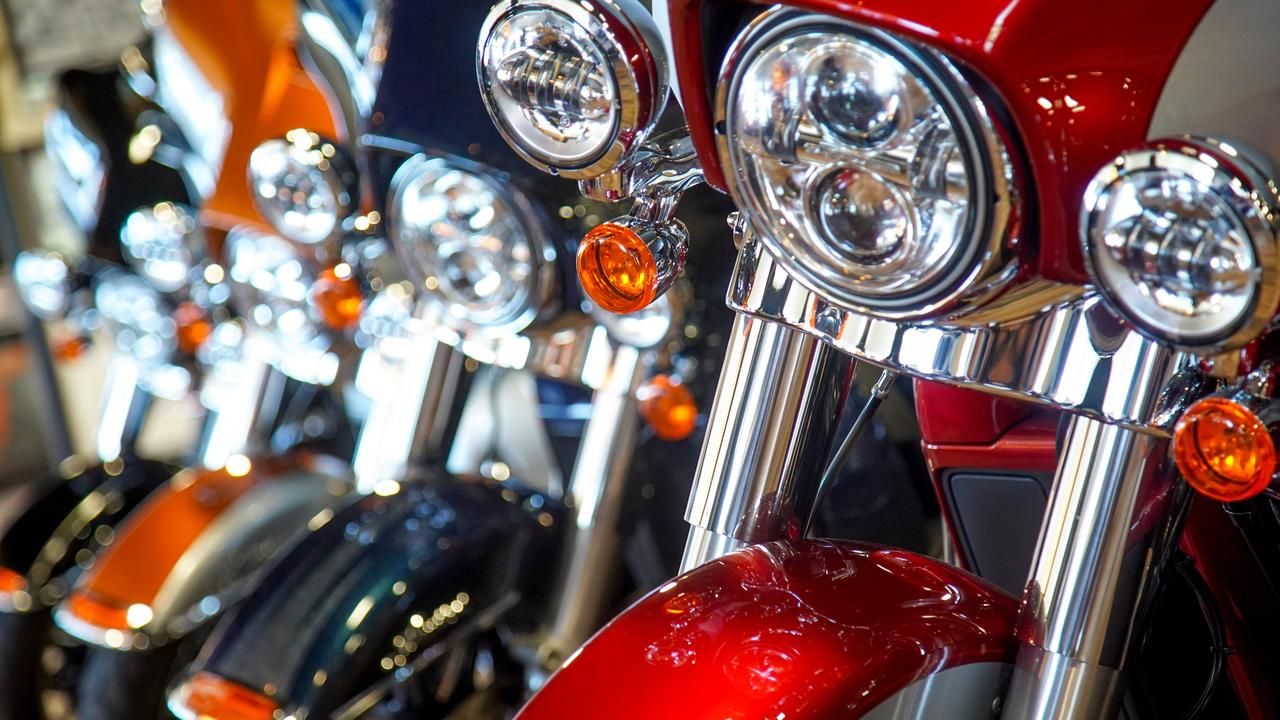 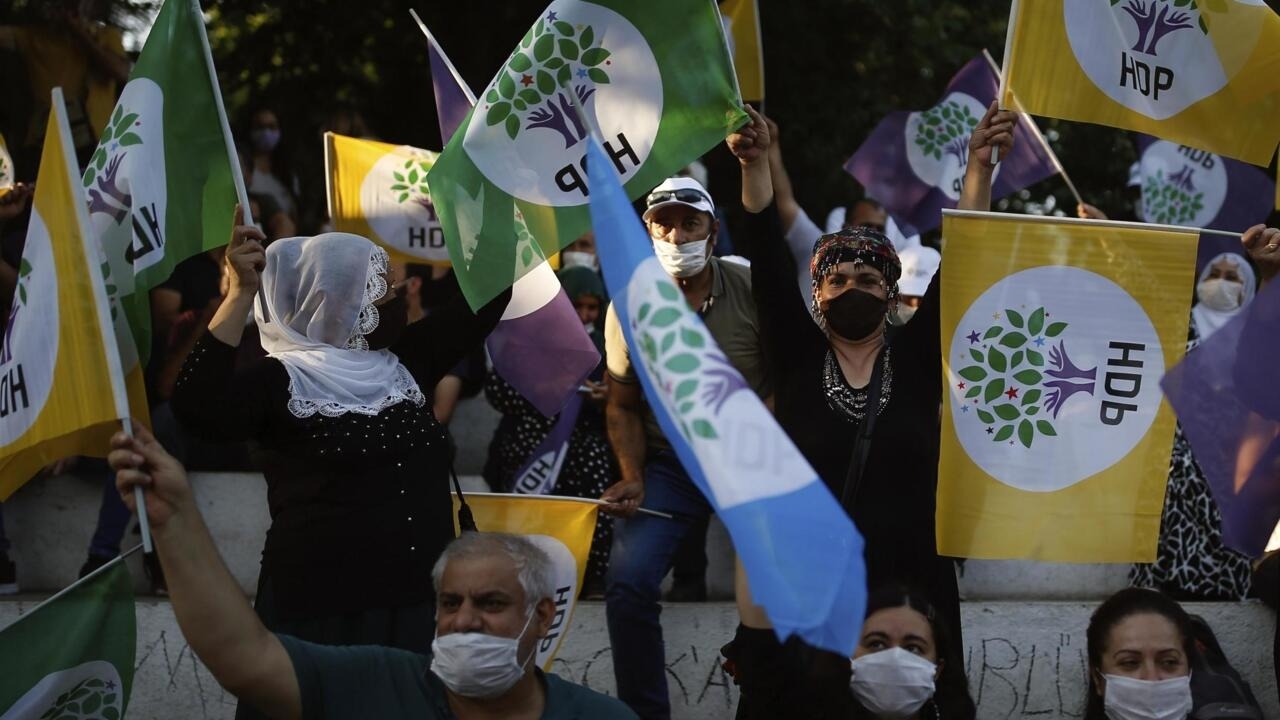 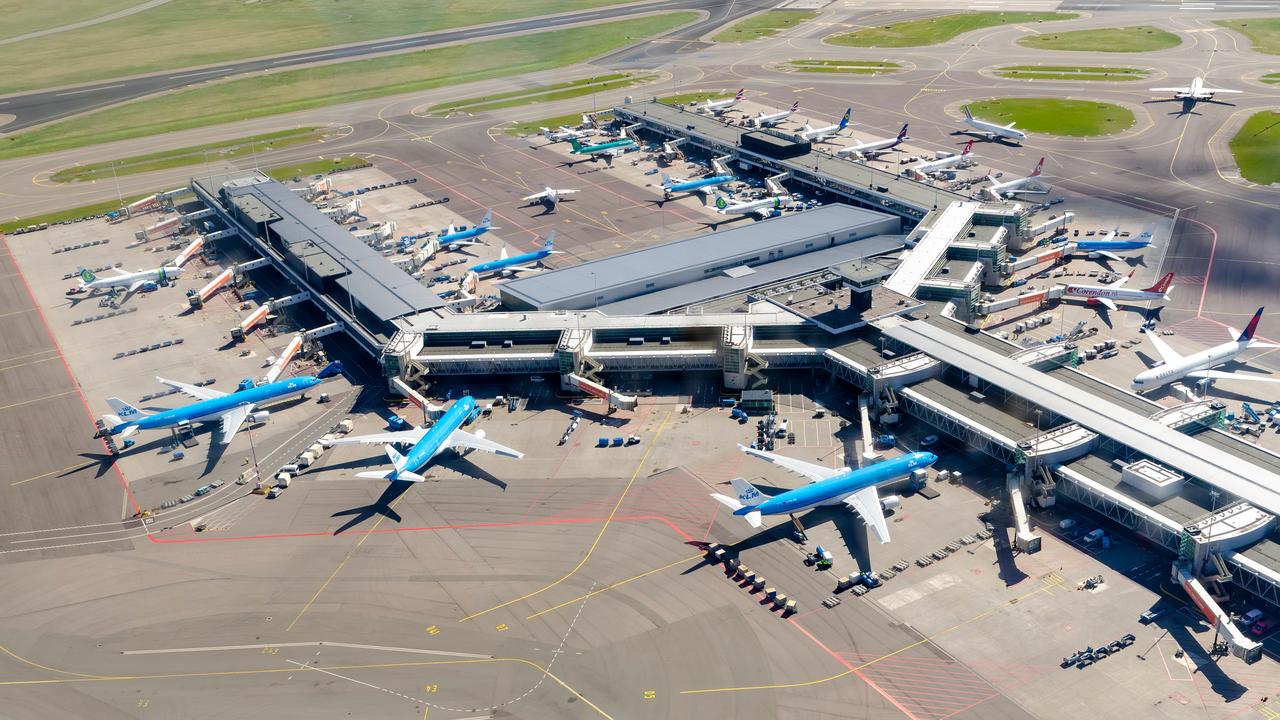