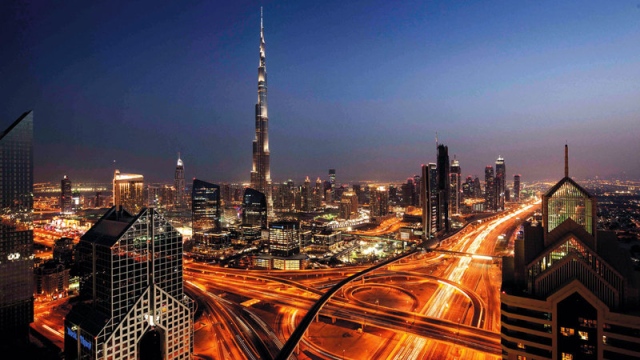 The analysis, prepared by the Competitiveness Strategy Team at the Federal Competitiveness and Statistics Authority for the axes and sub-indicators of this report, showed that the UAE has achieved outstanding performance in a large number of key indicators and sub-indicators. In the “knowledge” axis, which monitors the performance of the state by measuring three key indicators: skills, training and education, and scientific focus, the country ranked first globally in the availability of international expertise index and second globally in the city management index. , And third in the world «the flow of foreign students», and fourth globally in the «staff training» index, while ranked fifth globally in the «availability of skilled foreign competencies».

The UAE has achieved a leading position globally in terms of these indicators, ranking first, second and fifth globally in the three main indicators. At the level of sub-indices, the UAE ranked first globally in the “Residency Laws” index and the wireless broadband internet index, and the third place globally in “Technology Development and Implementation”, “Financial and Banking Services” and “Venture Capital”. And ranked fourth globally in the index «Financing Technological Development».

«Readiness for the future»

The third and final axis, "Readiness for the Future", monitors the readiness of countries for changes in the different sectors and the role of technology in dealing with them, by measuring three key indicators, "appropriate behavior" and "business resilience" and "IT integration" . In this axis, the UAE ranked first globally in four sub-indices: “Corporate Resilience”, “Use of Big Data and Analytical Instruments”, “Public-Private Partnership”, and “Opportunities and Challenges”. Of the Cybersecurity Index, and third in the world in both the Knowledge Transfer Index and Openness to Globalization.

Investing in the future

The Minister of Cabinet Affairs and Future, Chairman of the Federal Authority for Competitiveness and Statistics, Mohammed Abdullah Al Gergawi, said that `` the UAE's progress in the Digital Competitiveness Index 2019 in general, and the axis of (readiness for the future) in particular, reflects the success achieved by the federal government institutions. Under the direction of good leadership to continue investing in the future by focusing on knowledge sectors that have a positive impact on our development plans and aspirations. ”

“The UAE's progress in education, skills and competency indicators reflects the leadership's interest in education and national capacity building, and that the leadership's vision and commitment to the education and human development sector is unchanged or influenced by any regional or global economic changes and transformations, as the return on investment,” he said. "The education sector is positive no matter what."

He added that the UAE's achievement of this advanced position, which comes in conjunction with the rise of Major Hazza Al Mansouri, the first Arab-Emirati astronaut to join the crew of the International Space Station, is a confirmation that the country is continuing to build national skills and competencies working in advanced scientific sectors, such as exploring Space, Artificial Intelligence and Data Science.

News/Politics 2020-07-10T18:51:06.517Z
The UAE is the first, regionally, and the eighth globally in the Smart and Digital Services Index .. Mohammed bin Rashid: The future is for those who excel digitally