Al Hosani: I wished the honor to wear the national team's shirt ... and the injury was behind my exclusion

Sharjah goalkeeper Adel Al Hosni revealed that the injury he was recently exposed to at the knee level was excluded from the team’s recent list, which was announced by the technical staff led by the Colombian coach Jorge Luis Pinto, in preparation for traveling today to an external camp in Serbia, as part of

Sharjah goalkeeper, Adel Al Hosani, revealed that «the injury he suffered recently at the knee level is behind his exclusion from the team’s recent list, which was announced by the technical staff led by the Colombian coach Jorge Luis Pinto, in preparation for traveling today to an external camp in Serbia, in preparation for To play his remaining matches in the joint qualifiers for the 2022 World Cup and Asia 2023 ».

Al-Hosani told «Emirates Today»: “I hoped that I would have the honor of wearing the national team shirt and being with the rest of my teammates, but the injury was behind my exclusion from the list.” He indicated that he would seek to be in "white" in the coming period, and that he would be subject to the coach's signal at any time. He said that the national team is capable of overcoming the next stage, and that the enrollment of Fabio Lima and Sebastian Tigali is a great addition for Al-Abyad.

He continued, "The team needs a strong stand by all in the coming period to overcome the difficult stage in the qualifiers."

Sports circles were surprised to exclude Al-Hosani from the last list, despite his remarkable brilliance, and the advanced technical level that appeared in him in the last period, and led him to the league title in the season before last, and won then the title of best goalkeeper, and crowned the Super Cup at the beginning of last season.

In the canceled league he played the 19 games, averaging 1710 minutes.

Regarding the preparations for the new season for Sharjah, he said that the team will enter a closed camp in Khorfakkan, stressing their great determination as players to enter the next season strongly.

It is noteworthy that the team inaugurated yesterday, the city of Al Ain, the second stage of the qualifying program through an internal camp that continues until today, as the departure date for Serbia to run an external camp until 23 this month. 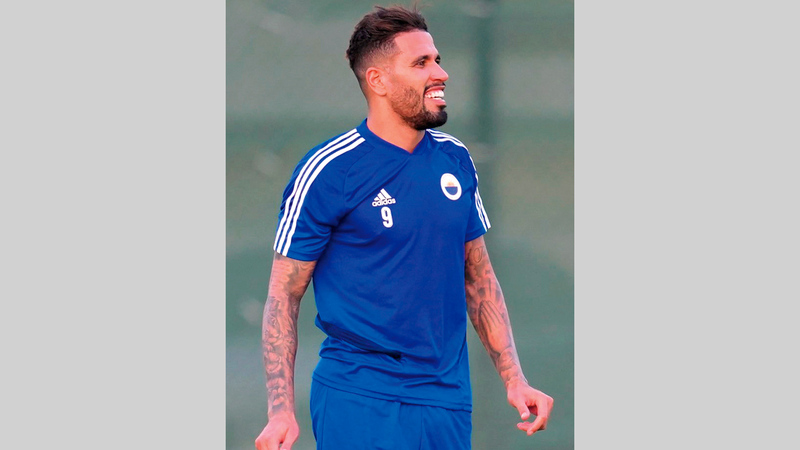