HS Helsinki A surprising discovery was revealed from the war photos: In the middle of Helsinki, which was plagued by the Winter War, stands a man who may be the actor of Christopher Lee

A Hungarian historian came across a picture during the Winter War that no one had paid attention to: In the middle of the picture is reportedly a British actor.

Seven years ago, the Hungarian János Nácsa browsed the Finnish SA image service. Nácsa, interested in history, was looking for pictures of Hungarians who had served in the Finnish Winter War.

“Volunteer,” he tapped into the search box and clicked the results open.

Pictures of volunteers from many countries appeared on the screen. In one photo, British volunteers posing in long thick coats in Helsinki.

"I remembered Christopher Lee saying he was in Finland during the Winter War."

Is this Christopher Lee?

"One man looked the same as Christopher Lee when he was young."

Nácsa, who wrote the blog in Hungarian, published an article about his discovery, but readers had no answers. Now, seven years later, Nácsa and her family live in Finland and have learned the language.

He decided to present his picture puzzle, which he had been thinking about for seven years, on the Facebook group of history buffs.

After comparing the images, the group seemed to agree that Lee himself was most likely in the image.

Finns know Christopher Lee (1922–2015), who has had a long career as an actor, especially in his role as Count Dracula in numerous film productions, Bond film 007 and the golden weapon as the villain Scaramanga, the Lord of the Rings saga Sarumanina and the Star Wars series Count Dookuna. In 2011, Lee was seen in the horror thriller The Resident, directed by Antti J. Jokinen.

Christopher Lee is especially known for his roles in horror films. Picture from the movie Dracula has risen from his grave in 1968.

But what did teenage Lee do in wartime Helsinki?

Lee was one of the British volunteers who came to help the Finns during the Winter War. In the interviews, he has given little detail about his time in Finland.

When Lee visited Finland in 2002 to present the films The Lord of the Rings, he was hosted by Antti Toiviainen, who was then responsible for informing the film distribution company FS-Film in Finland.

After spending the day, Lee told his host about his experiences of the Winter War at Hotel Kämp’s bar counter by the nightcap.

“They were such a group of boys. They went on a bit of an adventure trip and came to Finland with the idea that they will now help the weaker and the smaller, ”Toiviainen recalls Lee.

Lee and his partners ended up somewhere in eastern Finland, where they had been handed their skis. However, it quickly became clear that the British could not ski at all. The end result was apparently thanks to the beautiful idea and the announcement that they are free to go home. Volunteers who lack ski skills seem to have more harm than good.

"That's how he himself said it was a bit like an adventure trip for the boys, which then ended quite short."

Toiviane Lee told the story in a slightly humorous tone. It remained unclear how seriously the young Briton was coming to fight for Finland. Probably the guys had more of an adventurous spirit than a frantic will to fight.

Christopher Lee wrote his name on the Now Supplement chalkboard in 2002.

Read more: Christopher Lee, an actor who died on Sunday, knew the Kalevala and wanted to help Finland in the Winter War

Lee was thus in Finland during the winter of 1939–40. However, the most important question remains: is Lee in the 1940 photo taken in Helsinki?

At least the similarity is remarkable. In addition, Lee was nearly two feet tall, and the man in the picture is significantly taller than his comrades.

After comparing old pictures, it’s best to ask someone who has spent time with Lee other than through the screen.

"Yes, it seemed so clear that the gentleman was back there," Toiviainen says after seeing the picture.

A completely seamless answer to the matter will probably never be obtained, but there are so many details in place in the story that there is no room for chance.

So why hasn’t the image been used in numerous stories about Lee?

Probably the answer is simple: the media didn’t know about the picture. Not until the Hungarian historian János Nácsa learned Finnish and decided to look for an answer to a seven-year-old question. 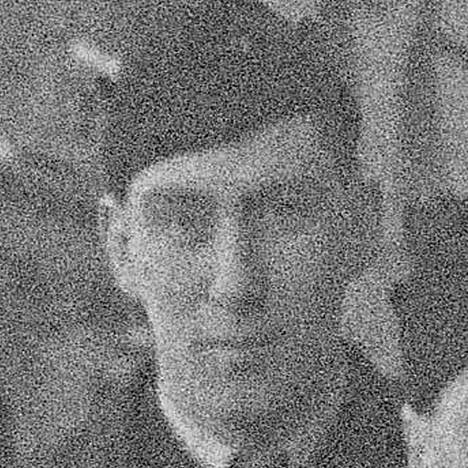 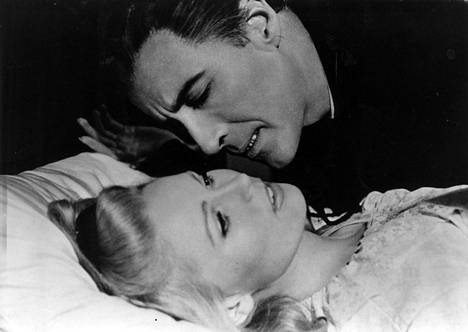 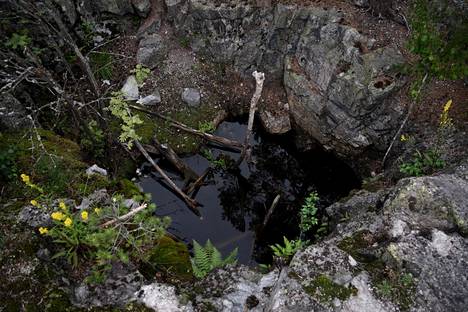 News/Politics 2020-08-19T08:43:30.599Z
HS Helsinki Helsinki has a nature oasis that touches the scenery of Lapland and can be reached in just over ten minutes on foot from the metro station. 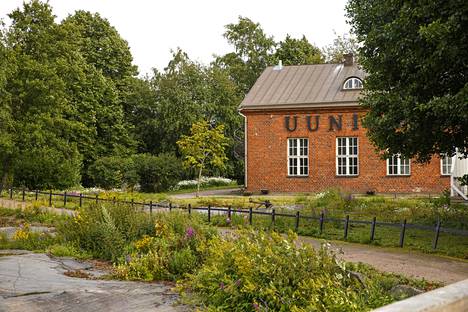 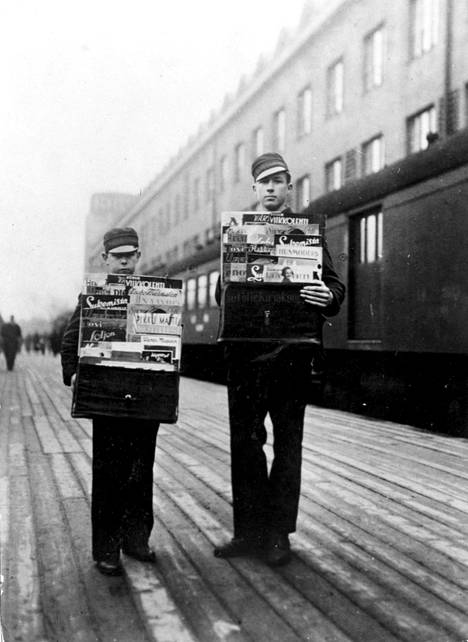 News/Politics 2020-07-04T06:06:17.010Z
Tapio Rautavaara's gruesome affliction was revealed, Ansa Ikonen's dream failed and the “female profile from the stern wall” was at the top of fashion - such was Finland 100 years ago 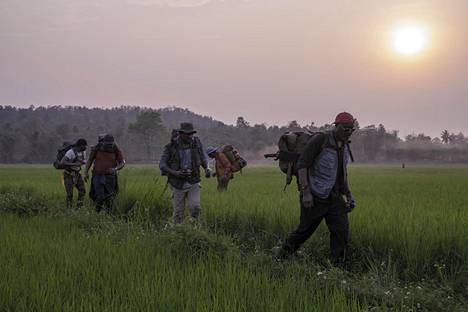 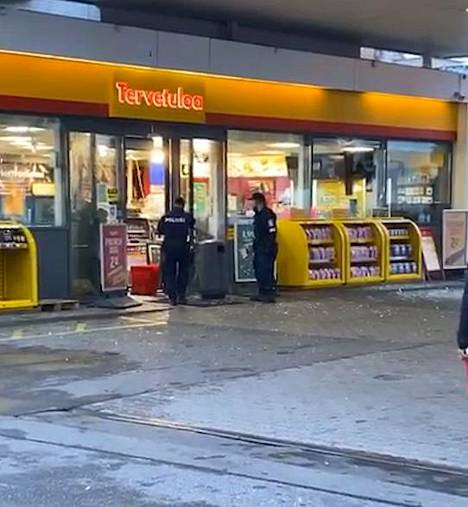 News/Politics 2020-08-06T03:52:24.720Z
The blindfolded destruction by Helsinki-based Shell was recorded on video: “From there comes a chair through” 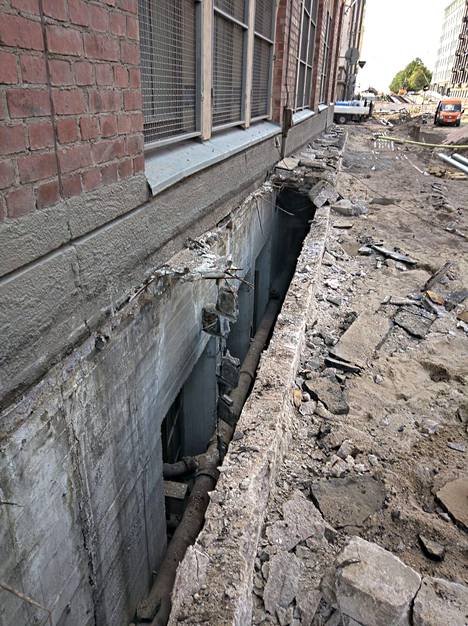 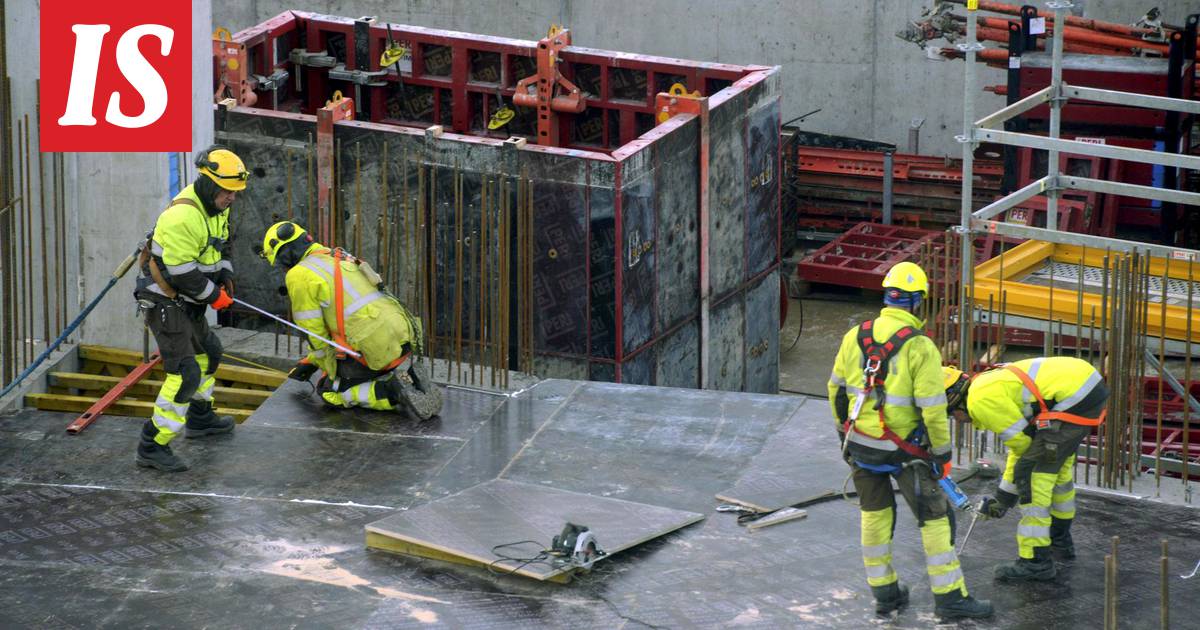 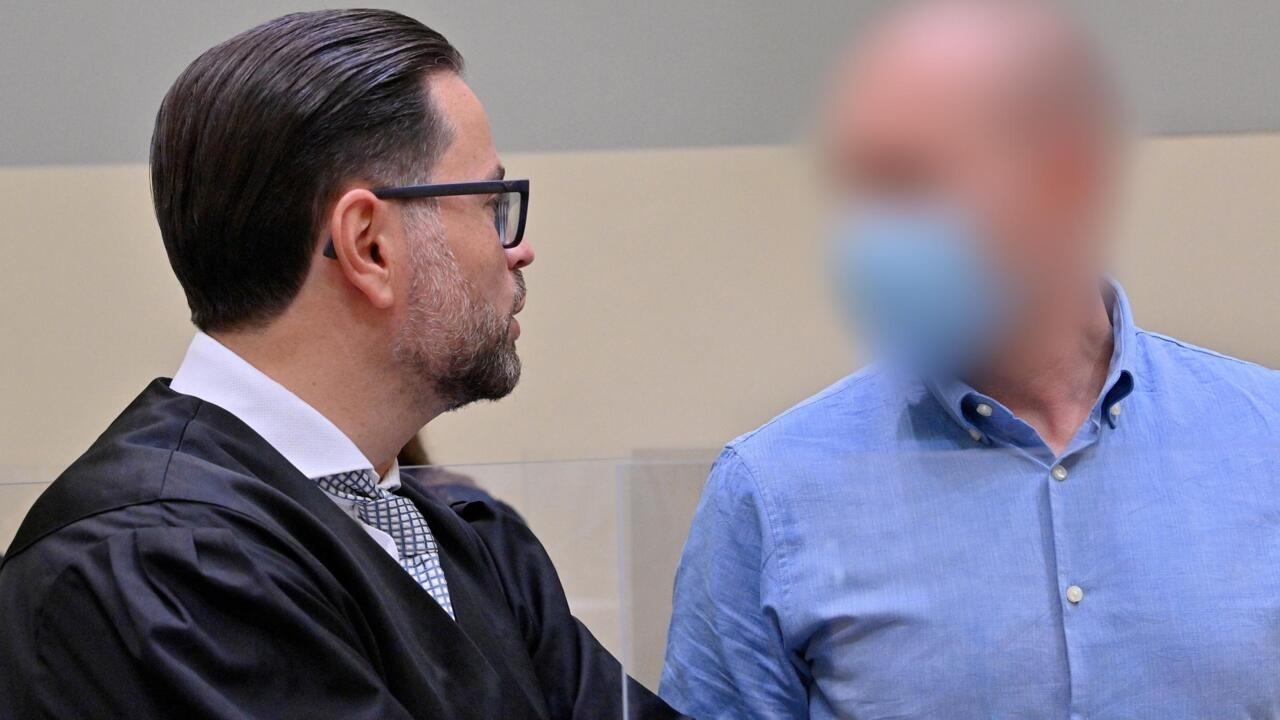 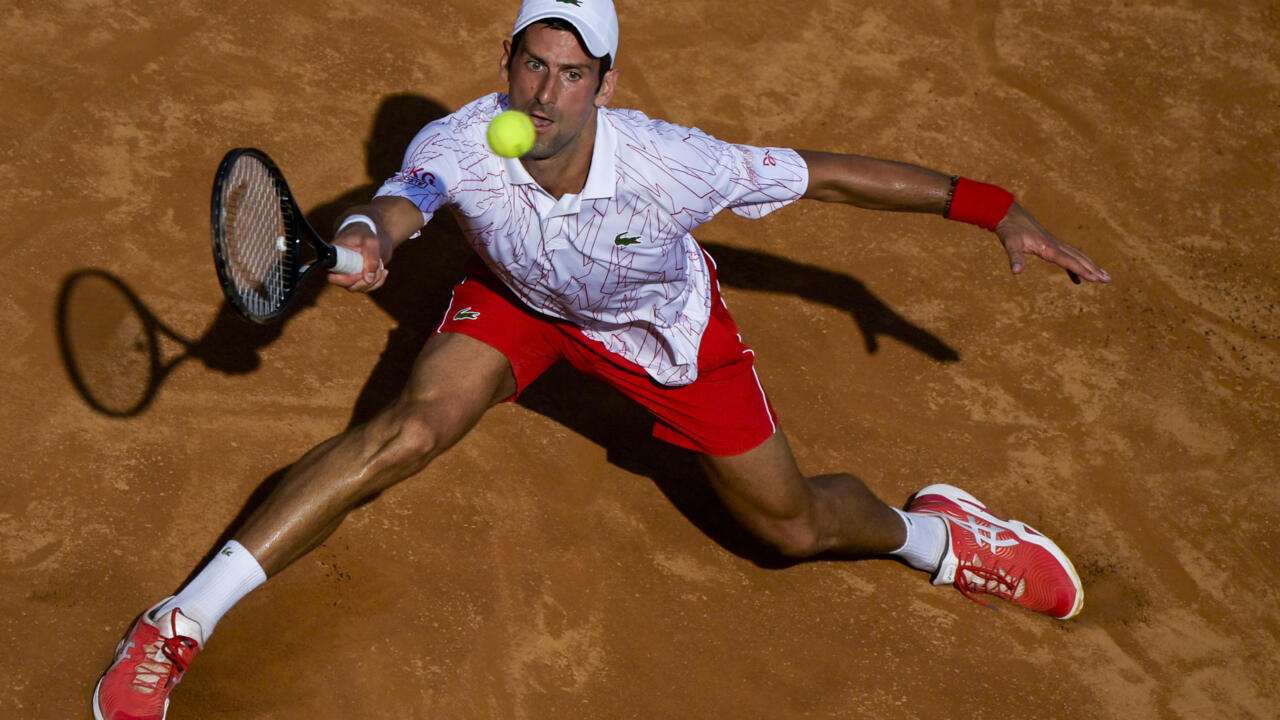 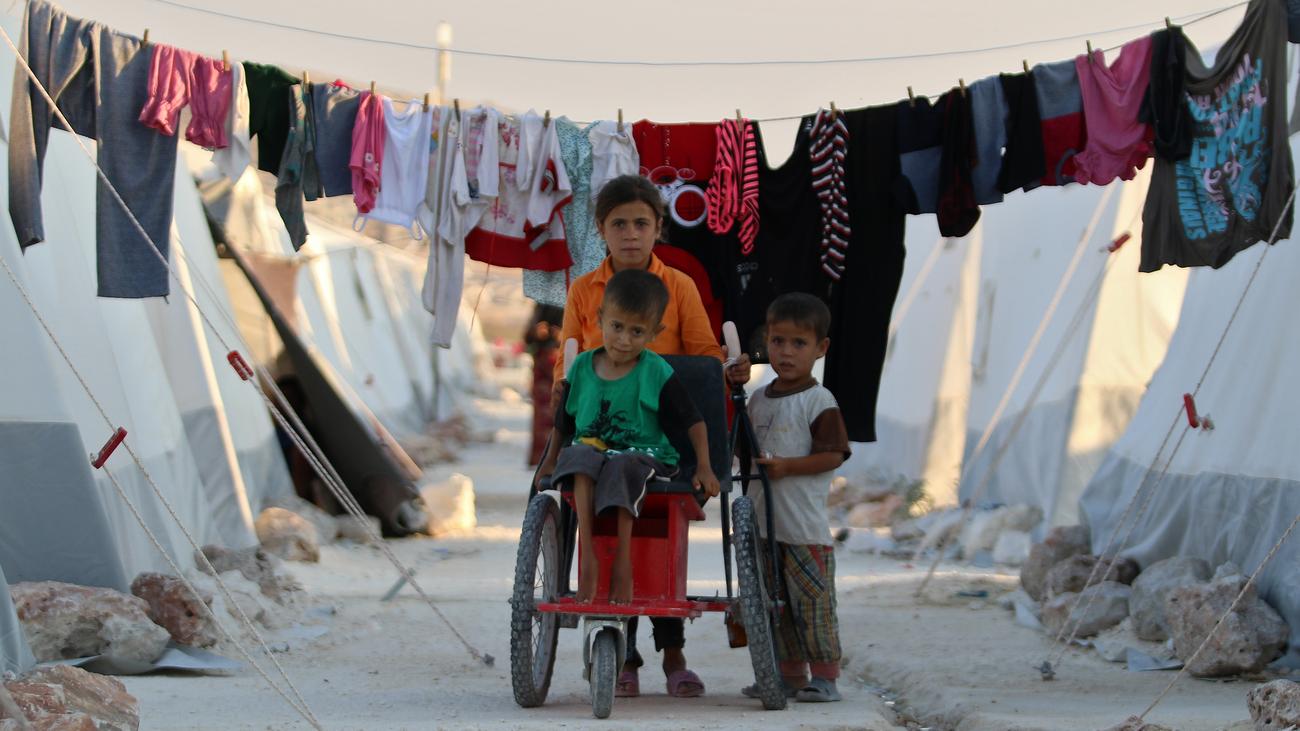 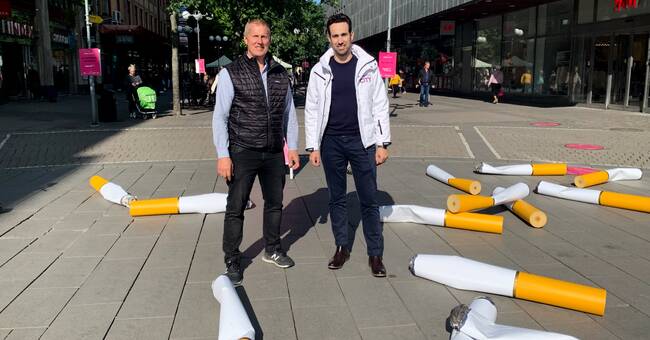 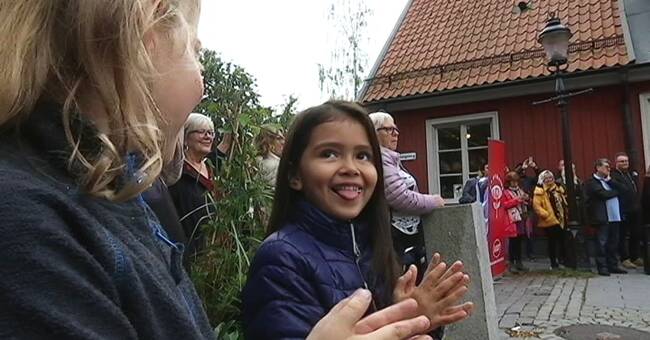