Here are the richest royals in the world! Monarchs living a crazy ecological life have a billionth estate, 600 Rolls Royces, the world's largest palace…

IS brought together 10 of the world’s wealthiest blue blood. The most abusive royals still come from Asia. 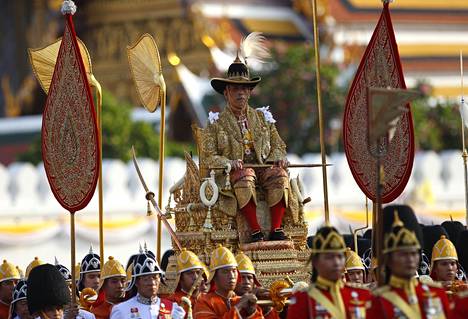 Queen Elizabeth II is the richest female royal in the world. The Queen’s personal wealth has been estimated by Forbes at about $ 450 million. Yet the British crown heads are by no means among the richest royals.

On the other hand, for many kings and queens, at least some of the funds are not personal, but belong to the royal house as an institution or are tied to real estate or businesses owned by the royal house. For many, wealth is also based on inherited property and status as a ruler, in which case, in reality, wealth may be widely distributed within a family.

In many countries, the wealth of monarchs is not disclosed to the public and the wealth may be interpreted differently, which is why the figures presented in this article may not be fully comparable.

In several listings, the richest royal was judged by King Bhumibol Adulyadej, who had passed away for years in Thailand. Among other things, Forbes estimated the king’s net worth in 2011 at more than $ 25 billion. The property has been built by investing in Thai companies, among other things.

The King of Thailand does not enjoy the same popularity as his father did.

In 2016, after the death of King Bhumibol, he was succeeded by Crown Prince Maha Vajiralongkorn. According to an article published by Reuters in 2017, the current king is even wealthier than his father. The value of the king’s estate is now believed to be as high as more than $ 40 billion.

According to Time magazine, the king also owns a 545 carat Golden Jubilee diamond, which is the largest faceted diamond in the world. An orange-brown diamond was discovered in 1985 in South Africa.

Vajiralongkorn does not enjoy popularity in Thailand, unlike his late father. Since ascending the throne, the king has been involved in numerous scandals over, among other things, her female adventures.

The wealth of the Sultan of Brunei, Hassanal Bolkiah, is as high as $ 16 billion.

Forbes estimates that the Sultan of Brunei, Hassanal Bolkiah, already has a net worth of just over € 16 billion in 2011 and that amount has only grown over the years. The wealth of Bolkiah, which has ruled the tiny Southeast Asian sultanate since 1967, is based on gas and oil. According to an article published by Business Insider in 2019, the sultan’s wealth would already be about $ 20 billion.

According to the same magazine, Hassanal Bolkiah lives in the world’s largest palace, which costs more than $ 350 million. The Sultan is also said to own more than 600 Rolls-Royce cars.

Saudi Arabia is, in a way, the largest family business in the world. Pictured is King Salman.

Wealth can also be found in the royals of Saudi Arabia. The net worth of King Salman of Saudi Arabia is estimated at about $ 18 billion. And it is no harm to a king over the age of 80 to show his wealth. In 2017, the Independent reported how the king had booked 500 limousines while visiting Tokyo to transport him and his neighbors around the Japanese city.

The king also reportedly reserved 1,200 hotel rooms from top hotels in Tokyo for his staff. The source of wealth is the state-owned oil company Saudi Aramco, the al-Saud family.

The great royal family is exceptional in that nowhere else does one family hold such great power and enormous wealth as in Saudi Arabia. In a way, the country is the largest family business in the world.

Forbes estimates the net worth of Khalifa bin Zayed Al Nahyan, President of the United Arab Emirates and Emir of Abu Dhabi, in 2011 at about $ 12 billion.

Business Insider estimated last year that net assets would have already accumulated to the tune of $ 15 billion. The sheikh's wealth is based on oil.

Mohammed bin Rashid al-Maktoum, 70, ruler of Dubai and prime minister of the United Arab Emirates, belongs to one of the richest royal families in the world with his family.

Mohammed bin Rashid al-Maktoum, 70, the ruler of Dubai and prime minister of the United Arab Emirates, belongs to one of the richest royal families in the world with his family. Sheikh’s net worth is estimated at about $ 4 billion.¨

Sheikh has been in the midst of a major litigation in Britain this and last year. Al-Maktoum’s ex-wife, Princess of Jordan and former Olympic rider Haya bint al-Hussein, 45, fled to London in April 2019 with the couple’s daughter Jalila, 12, and son Zayed, 8. As early as February, Sheikh Mohammed had divorced a woman under Islamic Sharia law without knowing it.

According to a British judge, the Dubai sheikh has systematically harassed and put pressure on her ex-husband Princess Haya. In addition, the sheikh was found to continue to imprison two of his older daughters, Latifaaja Shamsa, who he abducted. Latifa's escape from Dubai on a pleasure yacht also made extensive headlines in Finland in the spring of 2018, as she was helped by a Finnish friend Tiina Jauhiainen at the time.

The Grand Duke of Luxembourg is the head of state of the Lilliput State. Grand Duke Jean ruled the Grand Duchy from 1964, for a total of 36 years, before resigning from his eldest son, Henri, in 2000. Until 2011, the Luxembourg Crown Succession Order favored men. In 2008, the country's parliament amended the constitution so that the grand duke was left with only a ceremonial role. Underlying this was a constitutional crisis over the euthanasia law, which was opposed by the Grand Duke.

According to Business Insider, the Grand Duke's net worth is about $ 4 billion. The Grand Duke’s family is not paid a salary, but instead they are given an annual grant of more than $ 300,000 to cover expenses.

The Prince of Liechtenstein, Hans Adam II, is a small state monarch.

Prince Hans Adam II of tiny Liechtenstein is one of the richest royals in Europe with about € 3.5 billion in personal wealth, Business Insider says. His property has been canceled since the time of the Crusades. Today, however, wealth is accumulated by the LGT banking group, which is owned by the Principality of Liechtenstein.

The Prince of Liechtenstein, Hans-Adam II, has delegated day-to-day decision-making to his son. However, the prince is still the head of a small state.

Prince Joseph Wenzel of Lichestenstein (or grandson of Hans Adam), who enjoys singles, has been publicly called the most aspiring and richest bachelor in Europe. He is estimated to inherit billions of dollars in assets in due course.

King Mohammed’s net worth is estimated at about $ 2.1 billion.

The king’s lavish wealth consists, among other things, of his family’s stake in a Moroccan state-owned investment company that invests in other African countries and operates in the banking, telecommunications and energy sectors.

Former Qatar Emir Hamad bin Khalifa al-Thani declared in 2013 that a new era had begun when he handed over power to his son, Crown Prince Tamim bin Hamad al-Thani. He did not reveal the reasons for the change of power, but the emir had been told he was suffering from kidney problems. He was in power for almost 20 years. The former emirate’s net worth was believed to sway to as much as about $ 2.4 billion.

The net worth of Qatar’s current emirate, Sheikh Tamim bin Hamad al-Than, is believed to be somewhat less than his father’s wealth, about $ 1.2 billion. The assets are based on the country's vast oil and gas reserves.

Prince Albert of Monaco also has quite plush possessions.

According to Forbes, Prince Albert’s net worth was estimated at about $ 1 billion in 2011. Business Insider also estimated last year that Albert’s assets are in the order of about a billion dollars. According to the newspaper, the prince's wealth consists, among other things, of owning a quarter of the lands he ruled. In addition, Alberta has an antique car collection, a section of the resort in Monte Carlo and a valuable stamp collection.

In 2014, Monaco finally received the long-awaited heir to Albert and Princess Charlene after the birth of twins Jacques and Gabriella. Albert also has two older children, but neither of them is entitled to inherit the crown because they were born out of wedlock. 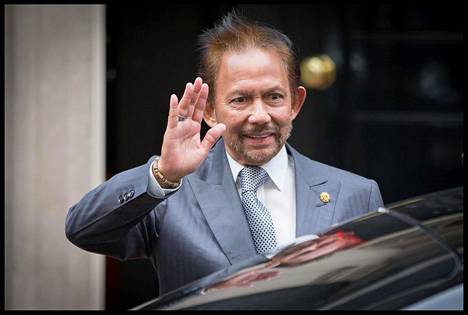 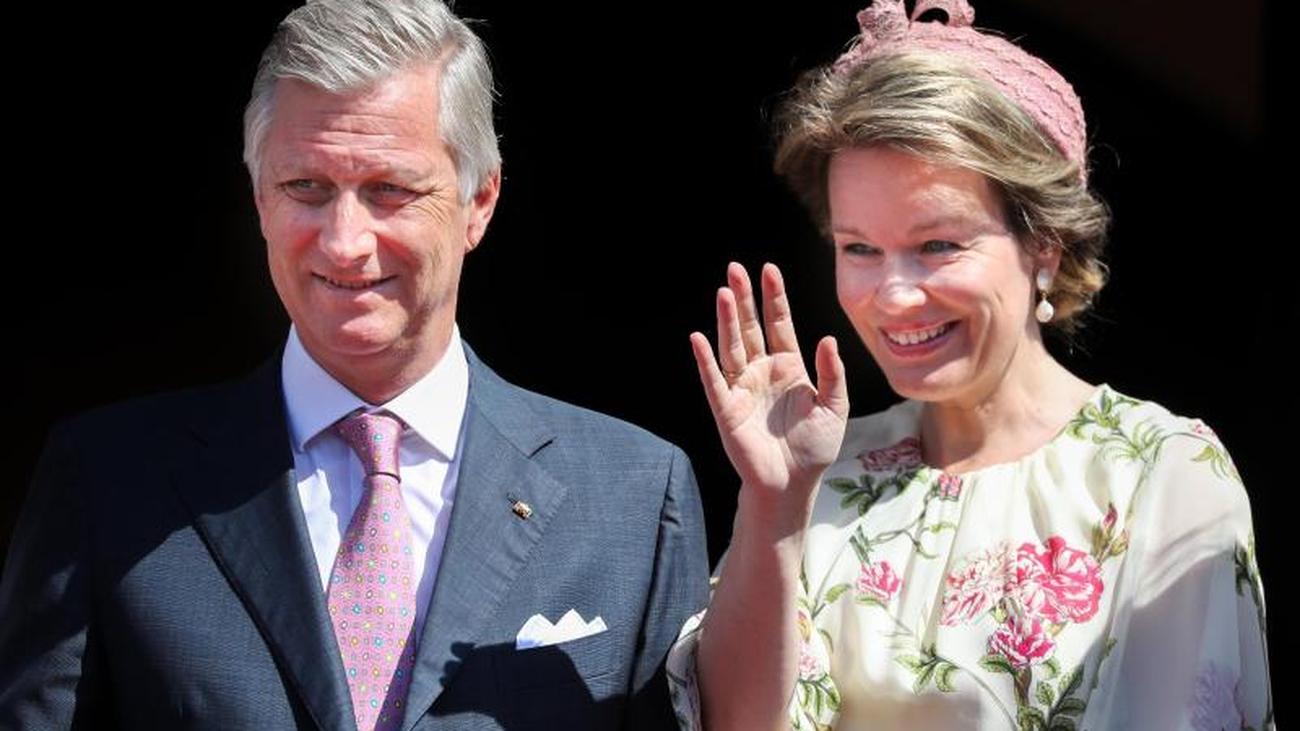 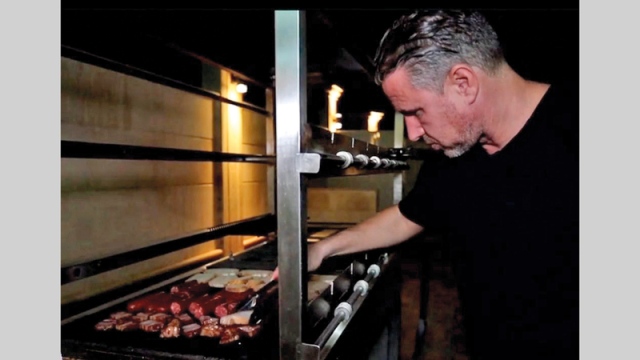 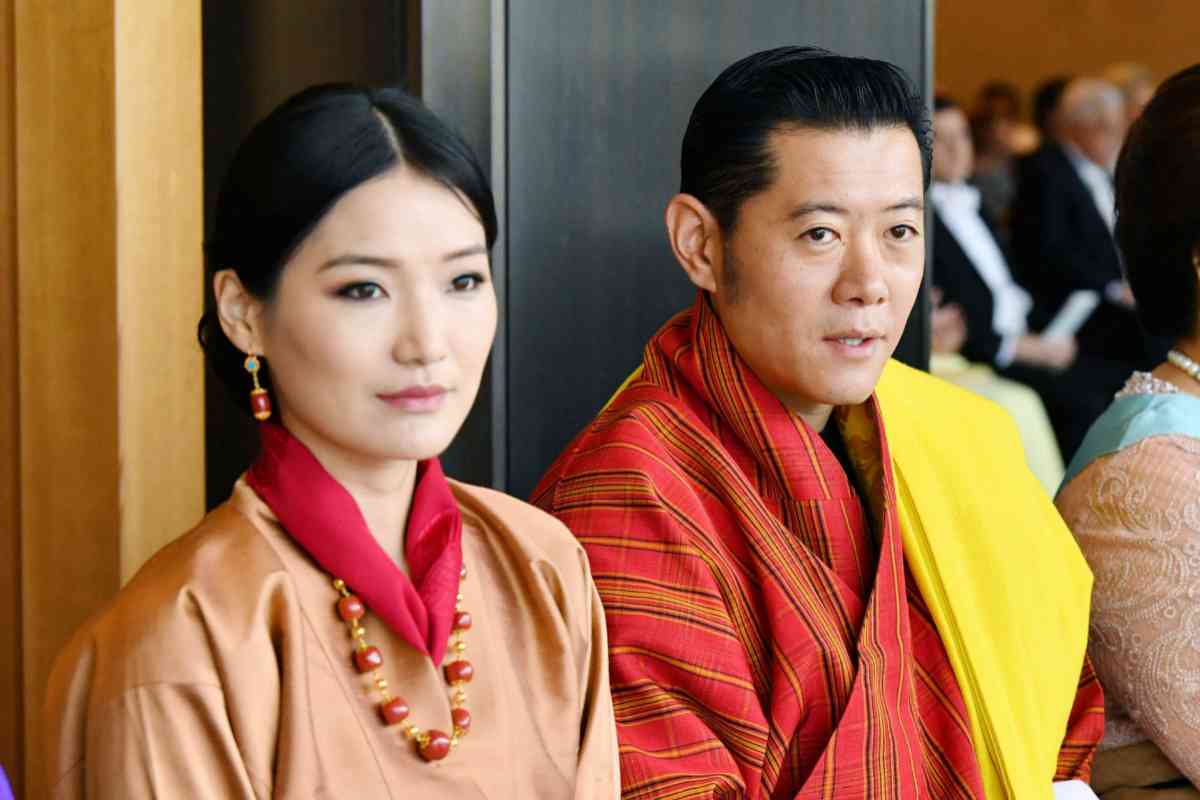 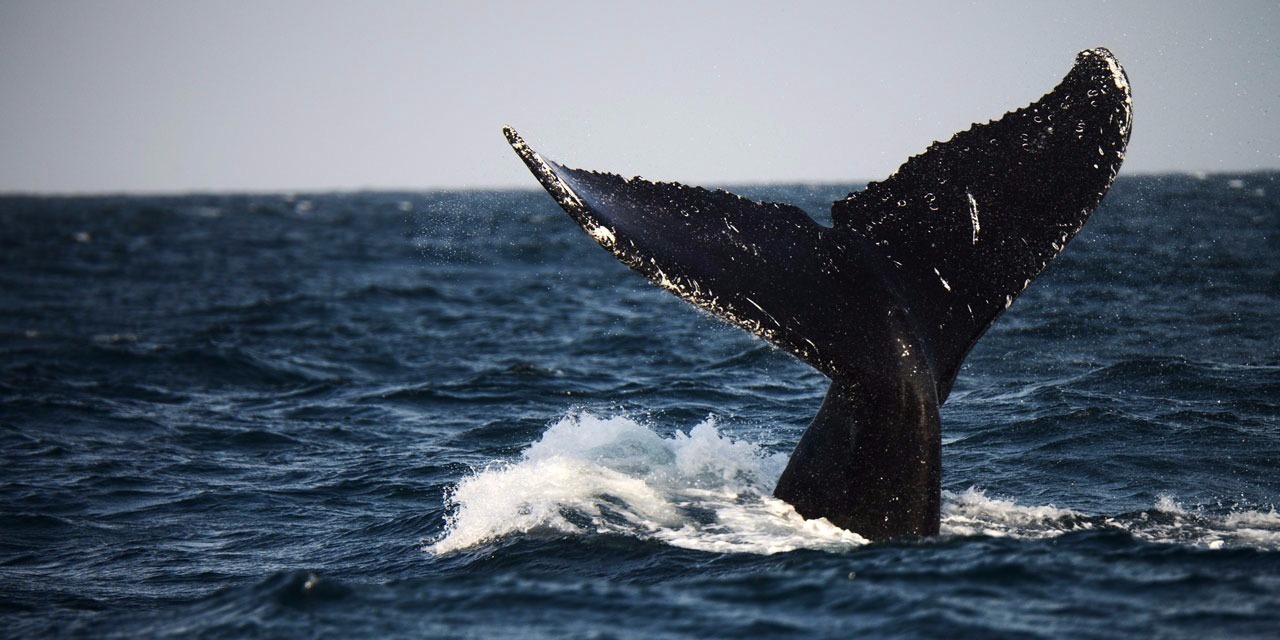 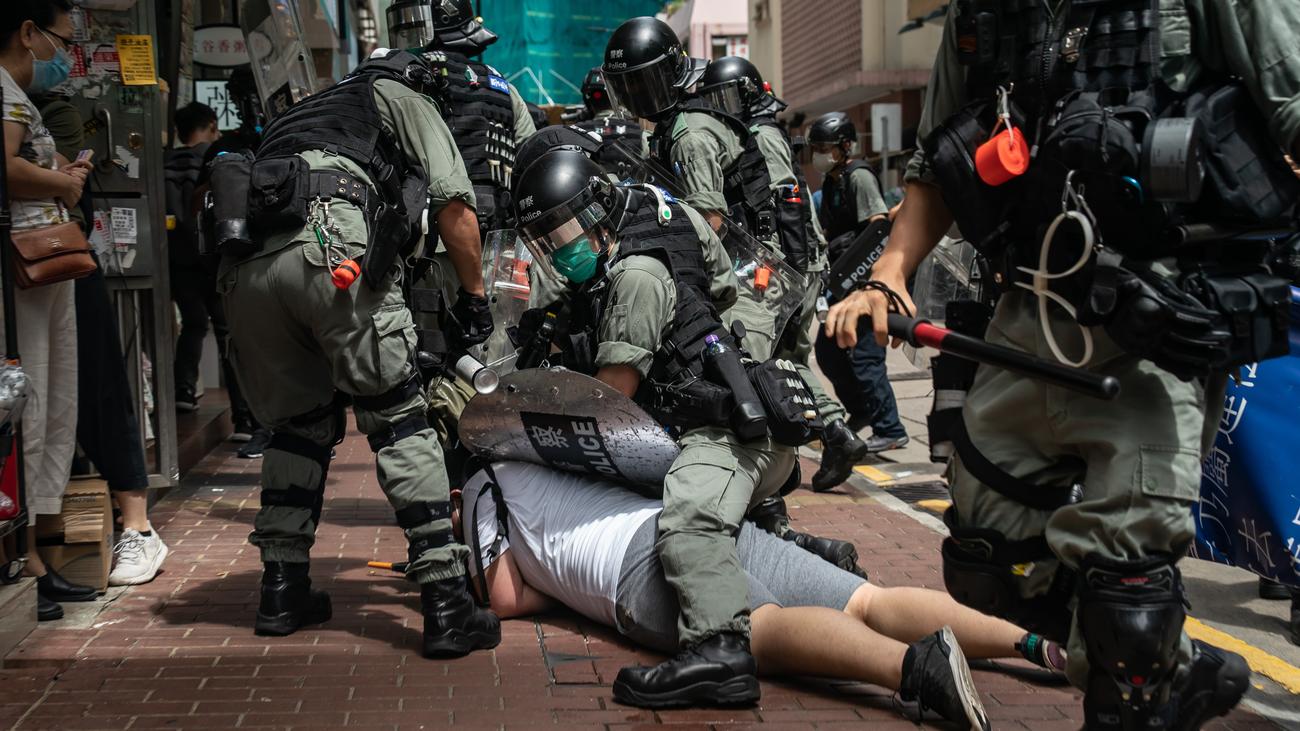 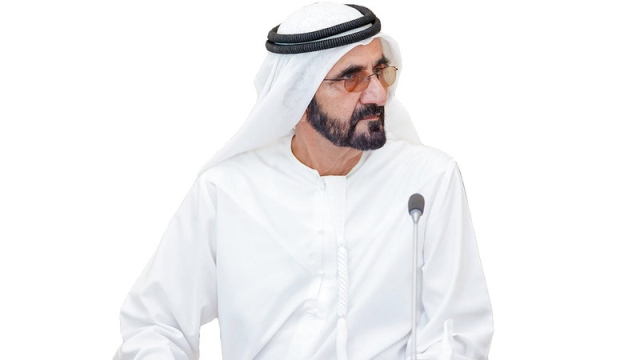 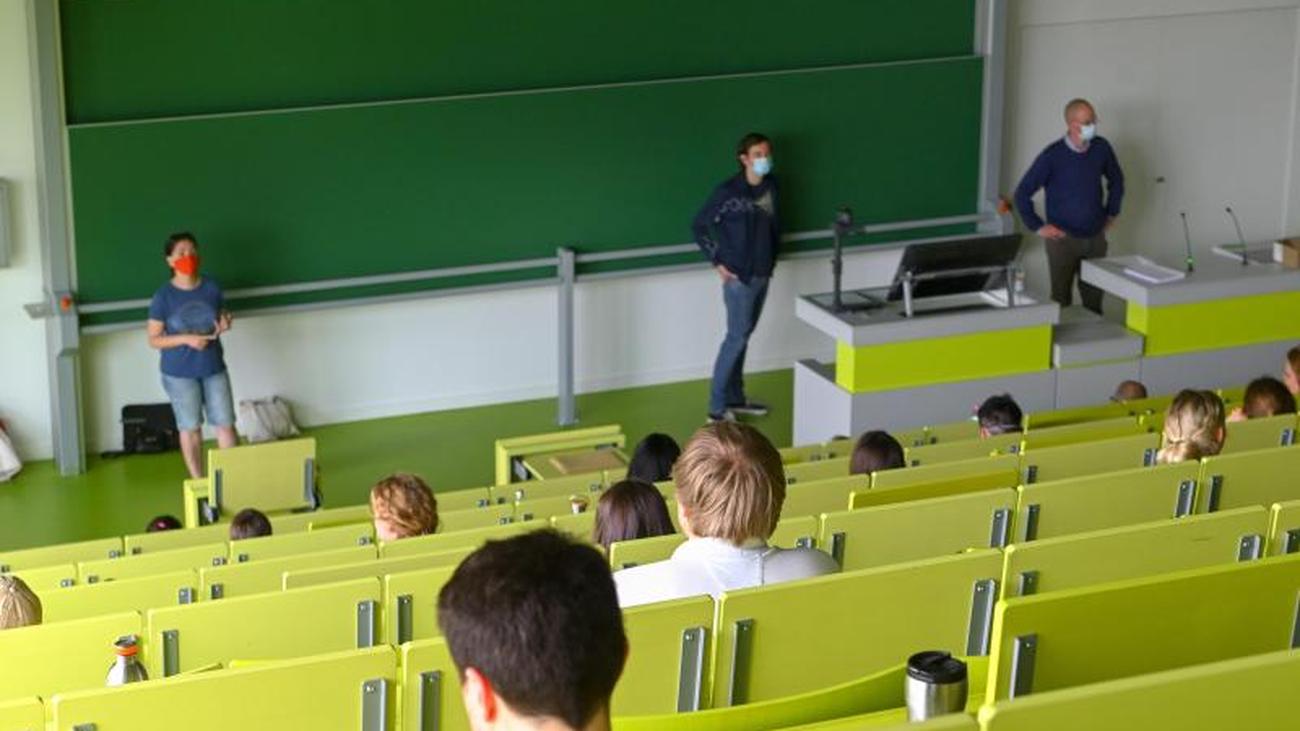 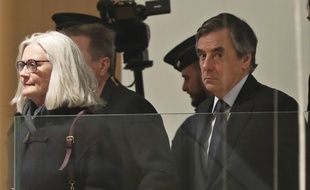